Game at Fort Wayne & Dime Boxes on the Way Home

After meeting up with Matt, of Once a Cub on Sunday, I then followed the South Bend Cubs to Fort Wayne to take in another game. The results were not nearly as favorable to the Cubs, but I did enjoy the ballpark. Parkview Field has quite the reputation and has won several awards in the last few years for best minor league experience. I won't go into everything they have to offer, but the ballpark is on par with the Chicago Cubs' spring training facility and they do enough entertaining throughout the ballgame to continually sell out. I had to settle for a lawn seat, because I didn't act quick enough when purchasing a ticket on-line It turns out I was part of the third largest crowd (9,026) in the stadium's history.  Here's a couple of pictures:

They offered an opportunity to take some swings off a pitching machine along the concourse. I believe these are the same cages the players take swings in. 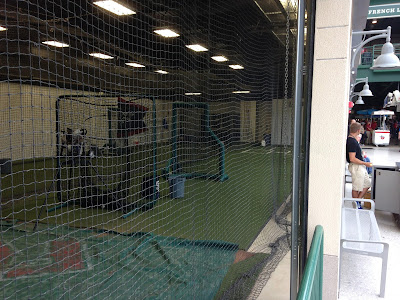 Oh, I can fail to mention the burger I had before the game. The beauty was on the menu at Scotty's Brewhouse in Fort Wayne. 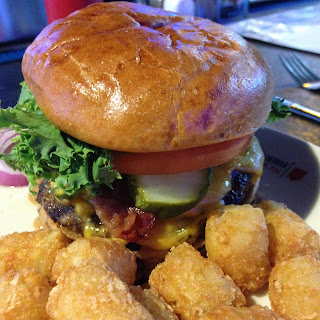 It's called the Shewman Special and has all he usual toppings (cheese, pickle, onion, lettuce & tomato) in addition to bacon, jalapenos and PEANUT BUTTER.  Yes!  The bottom bun had a layer of peanut butter on it, which you can see melting on the plate to the left. I love me some jalapenos and peanut butter and thought the burger was a thing of beauty. So did my taste buds! It became a little messy at the end, but it was sooooo worth it!

Okay, on to the cards! I hit two card shops on the way back to P-town.  You know, a guy has to get out and stretch his legs every once in a while. Right?

The first one was in northwest Indianapolis and was brand new to me. There were quite a few people in their busting boxes at a table and the trash can was over flowing with wrappers. They had CNN on and were discussing politics while ripping cards. It was a cool experience. The card shop had a nice selection of marked down vintage, dime boxes and plenty of packs to purchase. Here's a sampling of what I came away with: 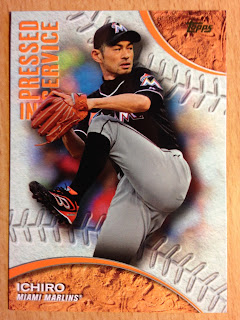 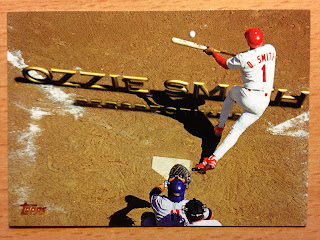 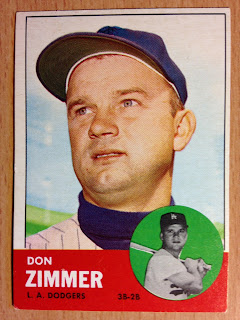 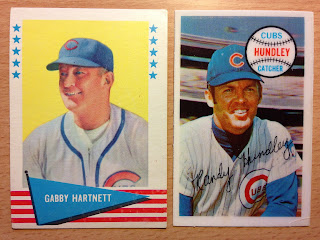 The vintage is for me, but the others came out of the dime box and may find their way into a PWE before too long.

The second store was one I had been to before, but moved to a new address in Normal, IL. Yes, there's a place called Normal. I can't show much from this store because I'd like the rest of it to surprise some of my blogging brethren. 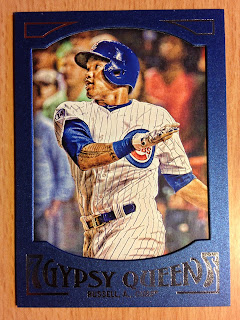 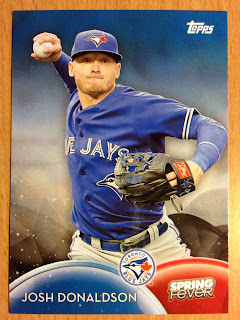 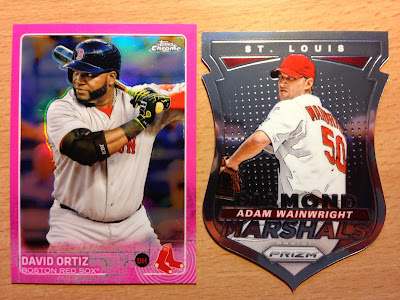 I was a little disappointed in that I arrived right after some one had bought out their dime box. The owner is a box/case buster and typically throws all base cards from products like Bowman's Best, Topps Finest and Stadium Club into the dime box. I thought I might have timed it right and would be able to come away with some Stadium Club singles for cheap, but I just mistimed it.  Bummer.