Sweet return from This Way to the Clubhouse

I sent Kaz, the proprietor of This Way to the Clubhouse, a little sampling of Mets cardboard last week and he returned the favor and then some. 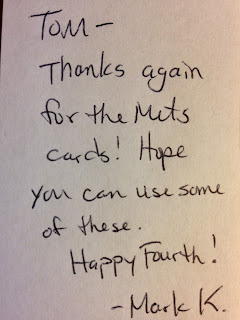 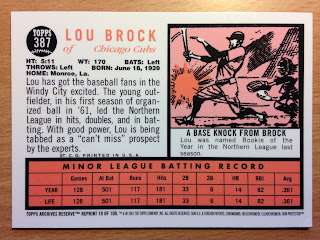 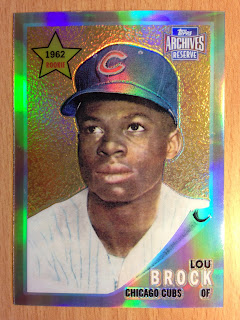 How in the world did I miss this set? Oh, that's right . . . I was twenty-two, single, and in my first full year of teaching. Priorities, priorities.

I miss Ernie, but time stands still for no man. Luckily we have nice cardboard to remind ourselves of the good times. 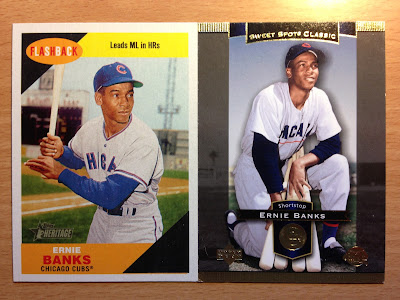 I usually don't show off Sosa cards, but this one is pretty nice. It did not photo well, but I think you can make out the skyline of Chicago in the background. It's a really pretty card to look at in hand. 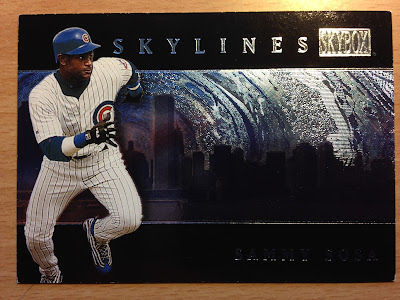 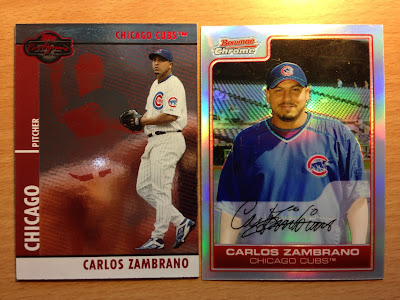 Prior and DLee... I was sure these guys would bring home a World Series title before the drought reached the century mark. Now we're 107 and counting... Meh. I'm over it. 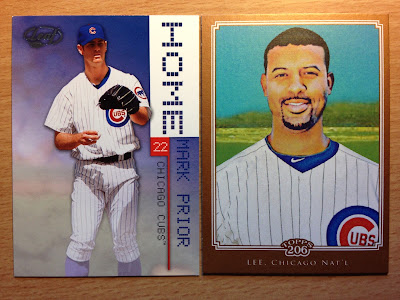 This is my third copy of the Prime 9 Ernie Home Run Legends card, yet it won't go in the dupes box. I think it's one of better cards of Banks that Topps has released in the last decade, thus I'll find another binder for this one to go into! 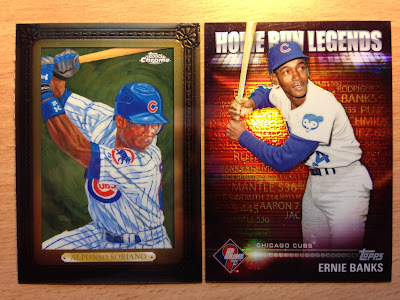 Arieta needs to reign in that two seam fastball of his. His pitches are moving WAY too much and he can't get past the sixth inning because of elevated pitch counts. Fergie's stare literally looks to be saying, "Get it together man. I went the distance 267 times in my career. What's your deal?" 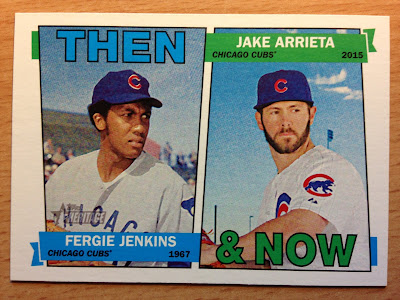 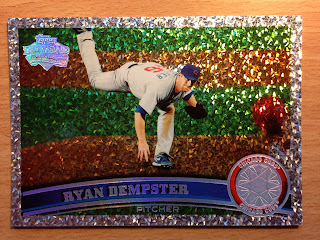 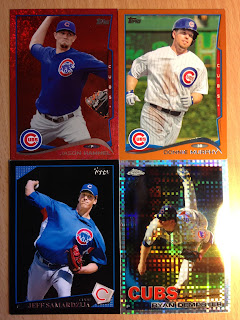 Someday I'll create a binder of parallels of Cubs cards, which will surely raise dilemmas such as, "Should I put this card in the PC binder or the parallel binder?" First world problems for sure.

I have the Chris O'Donnell card from this insert set and now I've got Jeff Garlin, too! I wonder if Eddie Vedder has one?  That would be a nice get. 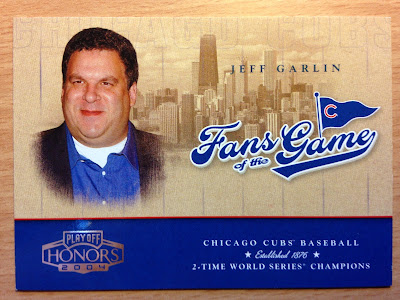 Addy!  Part of me hopes he comes up short in the All-Star voting, because Corey Seager is more deserving in my eyes. This card is a repeat, so it'll go in the PC binder. I'm still working the Wrigley Field insert set.  Hit me up for a trade if you have any you can spare! 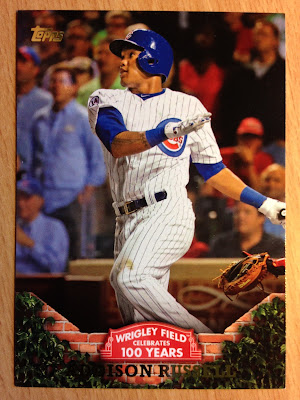 New Kosuke Fukudome cards for my collection!  Again, I think the one on the right is a refractor. 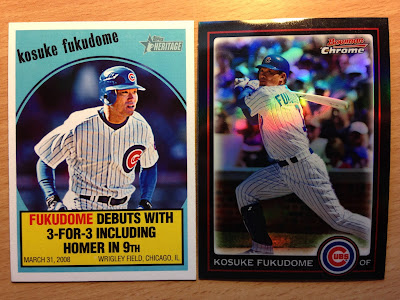 I'm now sitting at 132 cards in the Fukudome collection. That's a nice number, because it reminds me of the size of the Topps Traded sets of the 1980's.

Last up, we have Future/Retro card from 2000 Bowman of Mr. Kerry Wood. I think the Wood collection is probably the one I've enjoyed building the most over the years, because it's been largely blogger supported. 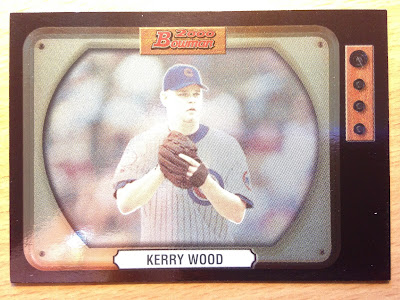 I have 467 cards in that collection and 228 have come from trades. I actually give credit to the blogger who sends me the card in the spreadsheet each time I log a card. Nearly half are from the blog world. Thanks, everyone!