Welcome back to Round #2 of Pack Wars pitting Zippy Zappy's repacks against Topps Stadium Club! 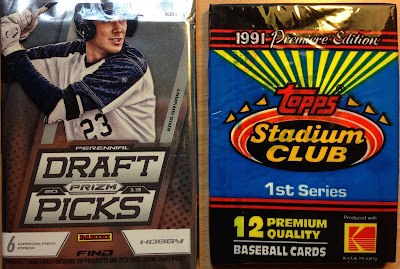 The ZZ repacks won the first battle 7 to 2.  Let's see how well they do his time around! 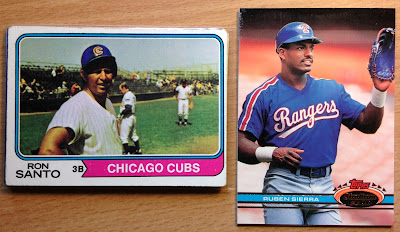 Ron Santo's last Topps card in a Cubs uniform against one of the most feared switch-hitters of the early 90's. I have a soft spot in my heart for Santo and vintage. Sorry, Ruben! 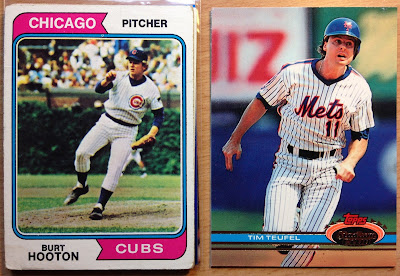 A nice ivy shot of Burt Hooton versus a base paths photo of Tim Teufel. The Hooton is needed for my Cubs collection, the Teufel just needs to go away. Darn Mets. 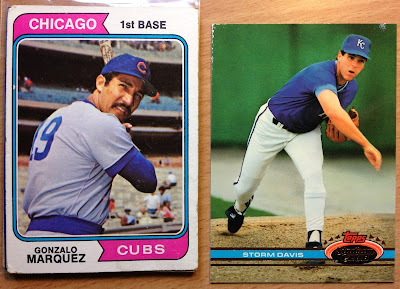 At first I thought that was Billy Williams when I saw the picture. Honestly, I've never heard of Gonzalo Marquez. I also didn't know Storm Davis pitched for the Royals. I only remember him as an Athletic and Oriole. Point to Stadium Club for the name recognition!

That's the last of the cards from the first 1991 Stadium Club pack.  Let me grab another one! 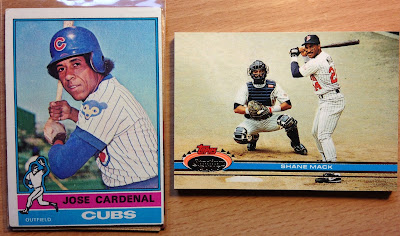 What? This is a different card of Cardenal than what we saw in the first round, but the exact same Shane Mack card. A repeat in Pack Wars?  I don't think that has ever happened before. Booooo!
Cardenal secures an easy win for Zippy Zappy. 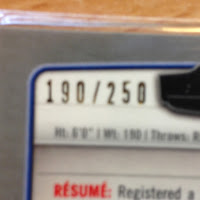 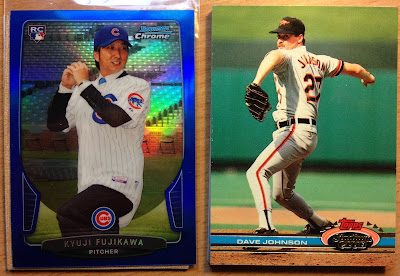 Argh! Another Dave Johnson!  This pack is starting out exactly the same way as the first one. No mater. I need this blue chrome (#/250) parallel of Kyuji Fujikawa for my player collection of his. Sweet card... I love the blue chrome parallels. 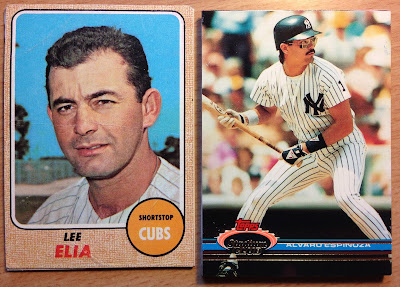 More bad bunting technique versus Lee Elia, about fifteen years before his famous rant as the Cubs manager.  By the way, the video is NOT safe for work.

Tirade or not, it's an easy point for Zippy Zappy. 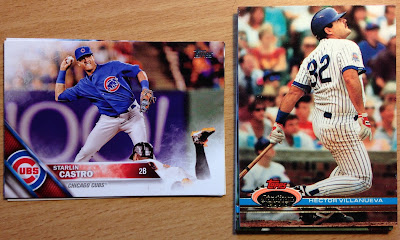 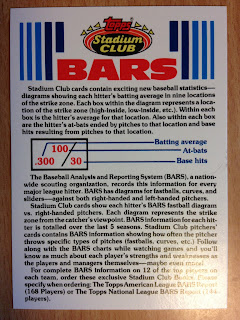 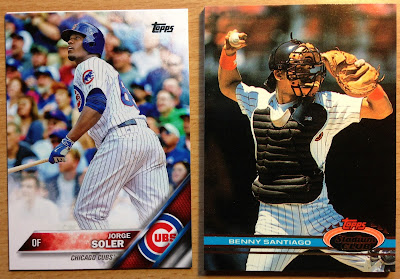 Woo-Hoo! New cards from Stadium Club! The longer Soler sits on the DL the more he loses potential future playing time to the likes of Almora, Contreras, Szczur, Coghlan, Heyward and Fowler. Unfortunately, I'm losing confidence in Soler. Benito Santiago was a beast behind the plate, and while I like his 1991 Topps card better, this one is still pretty nice. Another point for SC! 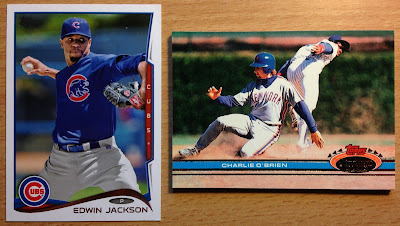 Edwin Jackson is Theo Epstein's worst free agent signing during his Cubs tenure to date. Heck, he's still on this year's payroll! (In my opinion, the jury is still out on Jason Heyward.) Shawon Dunston makes a cameo appearance on Charlie O'Brien's card. Nice!