Venn Diagram of the Baseball Card Blogs (a trade post)

I've been blogging for over five years now and White Sox Cards has been producing quality material since 2007, but for some reason our paths have not cross until recently.  Maybe it's the whole crosstown rivalry thing, but I don't think so. Is it possible there are two cardspheres/blogospheres?

Picture if you will, a nice Venn diagram.

Steve, from White Sox Cards, set up camp in the circle to the left long ago. When I sneaked onto the scene in 2011 slowly built up another circle. There's some overlap in the middle where the bloggers like TLC, Wrigley Wax, BWTP, JediJeff, JBF, gcrl, Off Hiatus, NO, Dimebox Nick, defgav, Tony Burbs and Zippy Zappy reside. They know us both, but I have to figure there are other who only know Steve and some who only know me.

How else do you explain how I didn't learn of Steve's blog until recently? Weird.

Well, I'm glad found White Sox Cards in a blogroll last week, because we were able to set up a quick trade and these arrived yesterday: 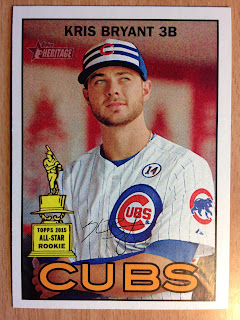 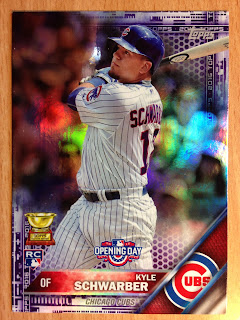 I love the pensive look on Bryant's face, but I really dislike the All-Star hat. The purple Toys 'R' Us Schwarber is sweet! I never thought my first parallel of this card would be the purple variation. 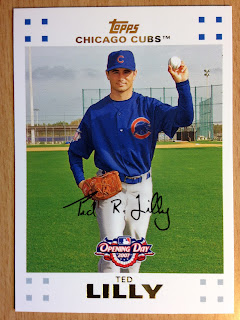 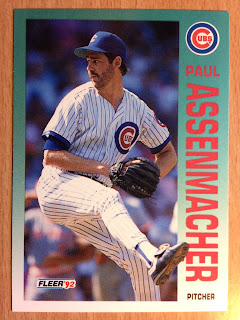 The Bryant and Schwarber were all I asked for in the trade, but Steve tossed in a couple of my favorite lefties. Lilly was a bulldog and I can still hear Harry Caray saying Paul's last name. Haha!
Edit: Both of these cards filled holes in my Cubs FrankenSet!  Thanks for taking the time to help me out, Steve!

Lastly, a coupon for some cards was included in the mailer. Nice!  This gives me a reason to head to a big box store, as does that stack of cards on the right. 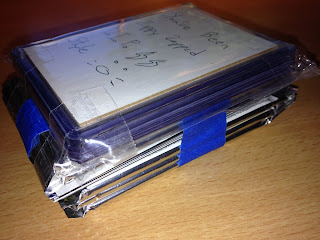 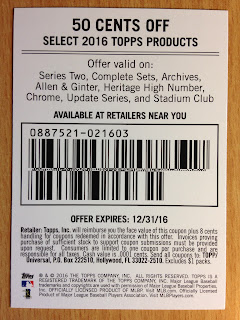 Another mailer arrived yesterday and apparently I need to bring back the Pack Wars!  Nice!  The coupon will certainly come in handy.