Welcome to Round #1 of the latest Pack Wars! Zippy Zappy sent over five repacks, so we'll have one battle each day until the weekend. The Zippy Zappy repacks each have around nine cards per packs and they will facing Topps Stadium Club. 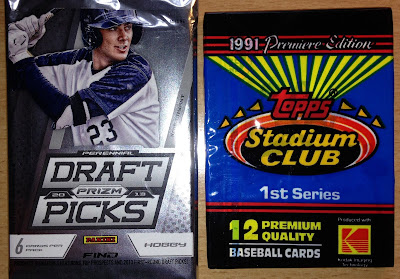 Twenty-five year old Stadium Club will get first crack and after two packs from 1991 then I'll dip into the 2016 version. Each round will conclude when the last card is unveiled from the ZZ re-pack. 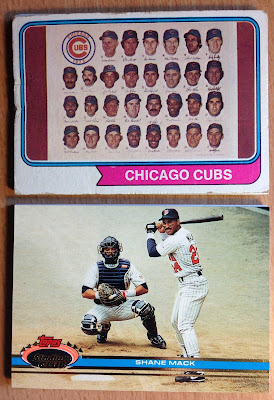 Floating heads from 1974 on well-loved cardboard against Shane Mack on Tatooine.  Pretty cool picture of Mack, sans batting helmet, who is stepping in to watch the some pitches from a teammate. I'm pretty sure the catcher is also a Twin. I love me some floating heads, but the photography of Stadium Club is tough to beat at times! 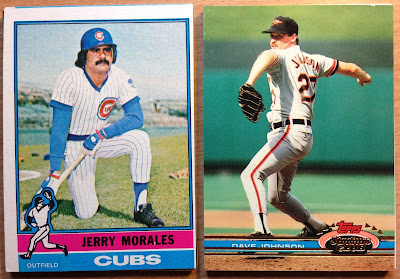 Oh, boy! Miscut versus a foil misprint. Morales and the mustache for the win! 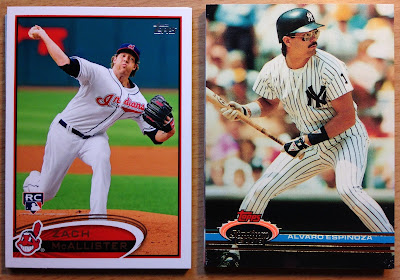 Hey, it's a Z-Mac rookie! For the record, McAllister is a local product. This is my first copy of this card and it's up against a major league ball player who doesn't know how to grip the bat with his top hand when bunting. It's in the right location, but he needs to pinch the barrel from behind so the ball doesn't have a chance to hit your fingers! 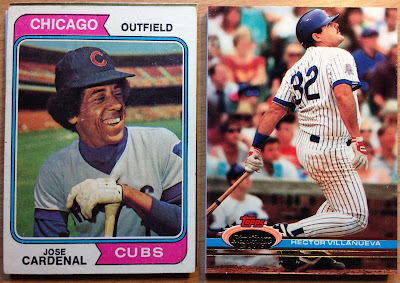 Wow. Just wow. What a match-up! Arguably the best hair in the history of the Cubs franchise agains one of the all-time best names. I met Jose Cardenal at the Cubs Convention six months ago... he gets my vote! 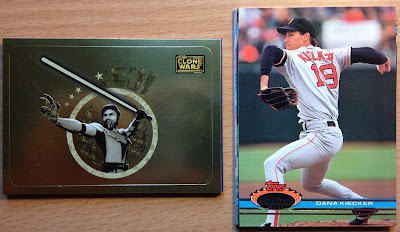 The force is strong with this pack! Obi-Wan Kenobi easily strikes down a long forgotten Red Sox pitcher. 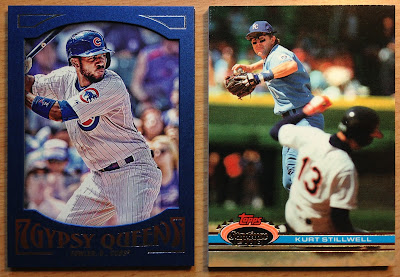 Seriously?  A blue framed GQ card of my second favorite Cub against a double-dip of a Royal? Nice photo selection by SC, but I'm part of Fowler's Howlers!

Yep, this pack is quickly turning into a runaway victory for Zippy Zappy. 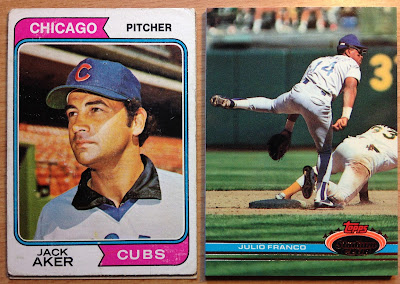 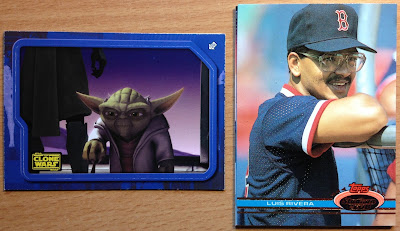 A Yoda sticker versus a batting cage shot? Luis Rivera shouldn't have even bothered showing up. 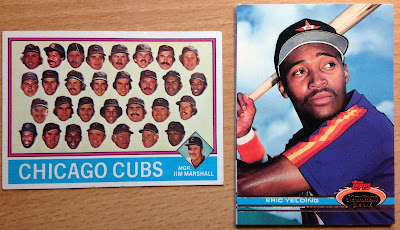 1991 Stadium Club didn't put up much of a fight, unless you count the time it took me to separate the cards from one another after being sealed in a cellophane pack for a quarter of a century. Hmph.

Stay tuned, because Round #2 will be hear tomorrow!