Two posts ago I recapped my spring break trip to Arizona in which I saw five games, two rounds of batting practice, and a morning practice at the minor league facility in just four days.  One might assume that I didn't have time for my cardboard hobby.  One would be wrong.

For the trip I packed cards of eighty-three unique players & coaches with the intent to turn myself into an autograph hound.  Realistically, I was hoping for a handful of autographs and that's about what I got.  I had my heart set on tracking down Welington Castillo, Justin Ruggiano, and the new manager Rick Renteria.  Let's take a look and see how I did: 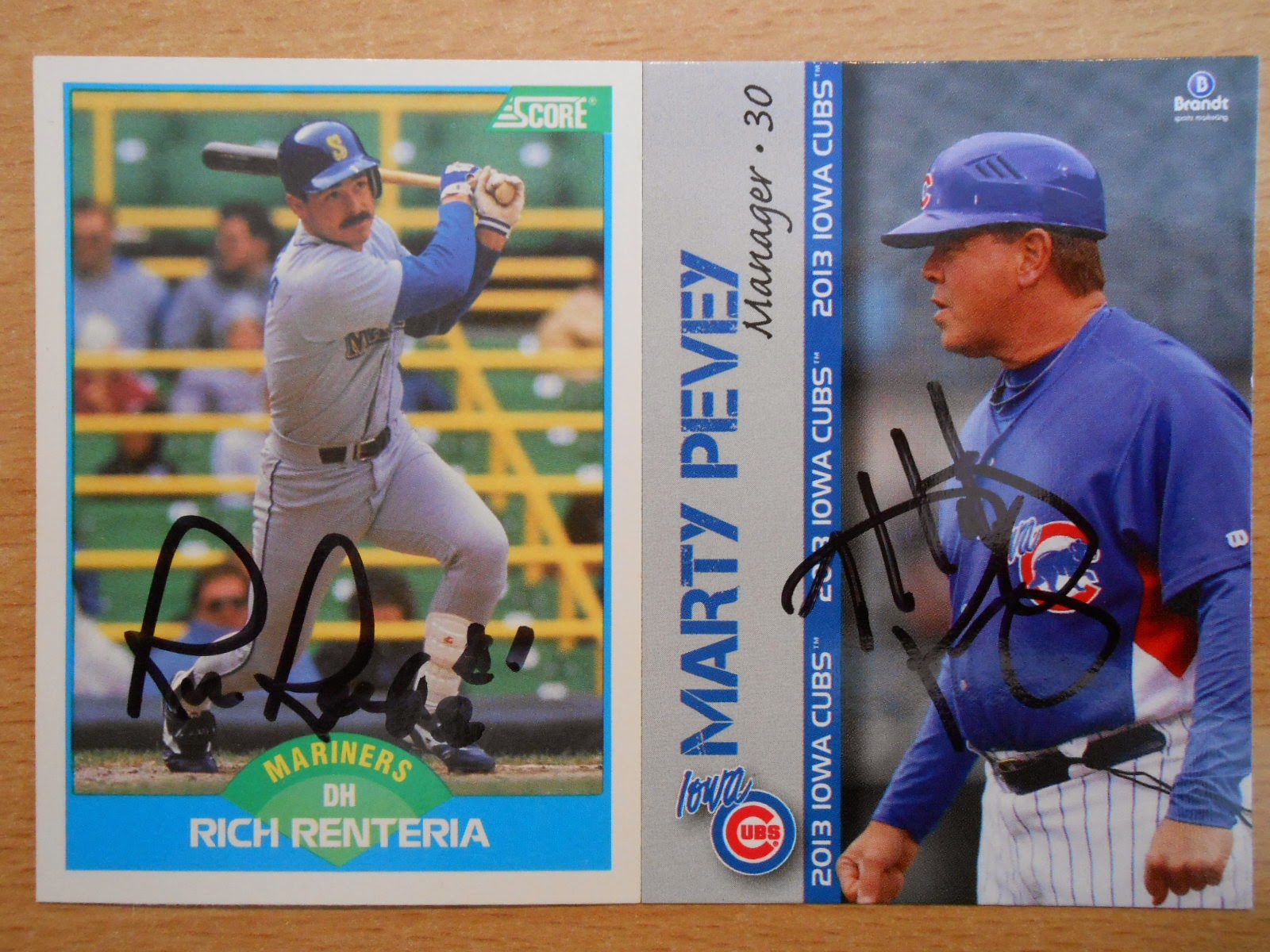 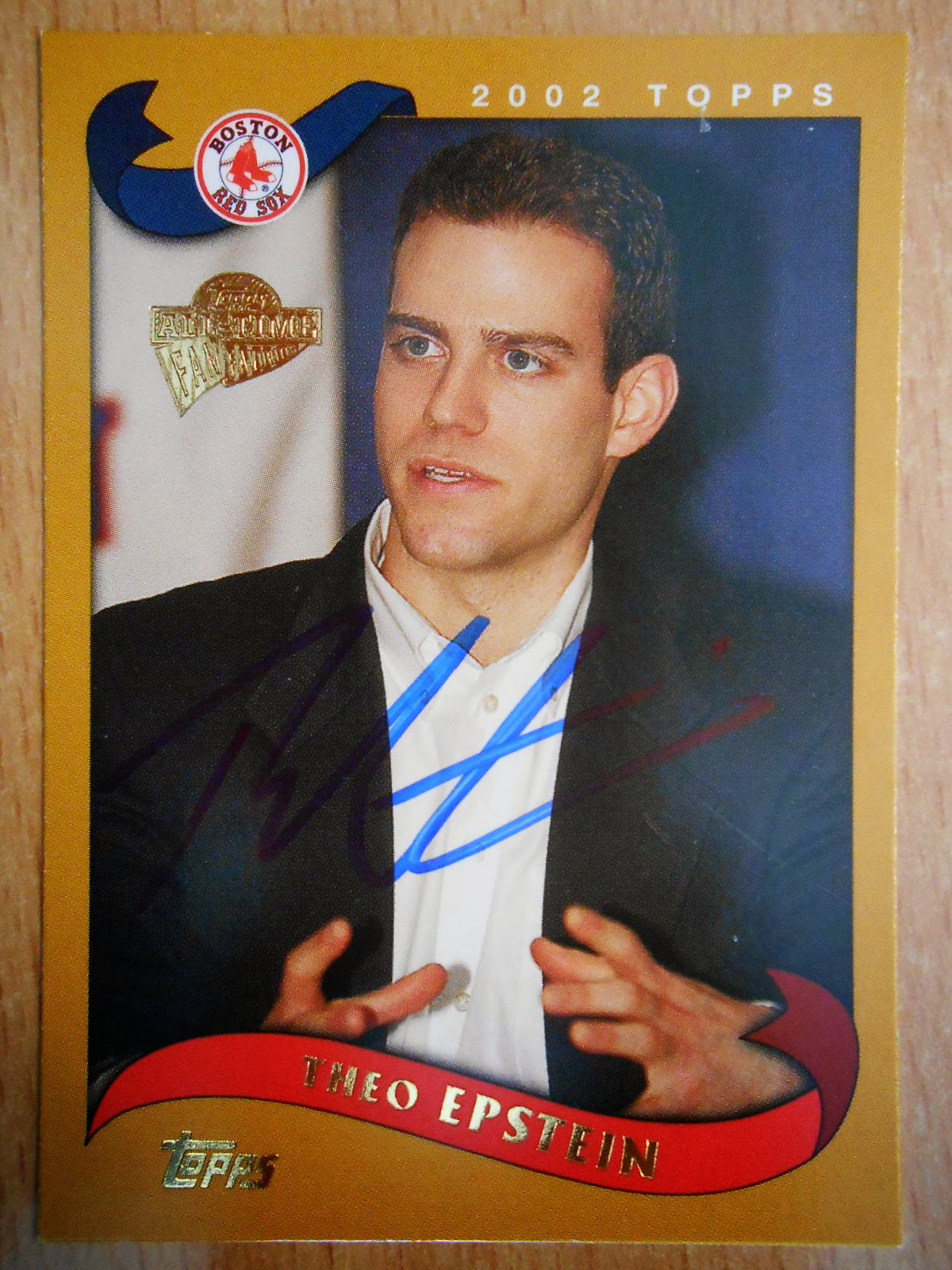 Theo!  I think I've mentioned my man crush in the past.  In fact my first and only TTM was this card personalized to me in silver sharpie from Theo.  The silver sharpie signature looks much better. A second auto for my collection?  Yes, please! 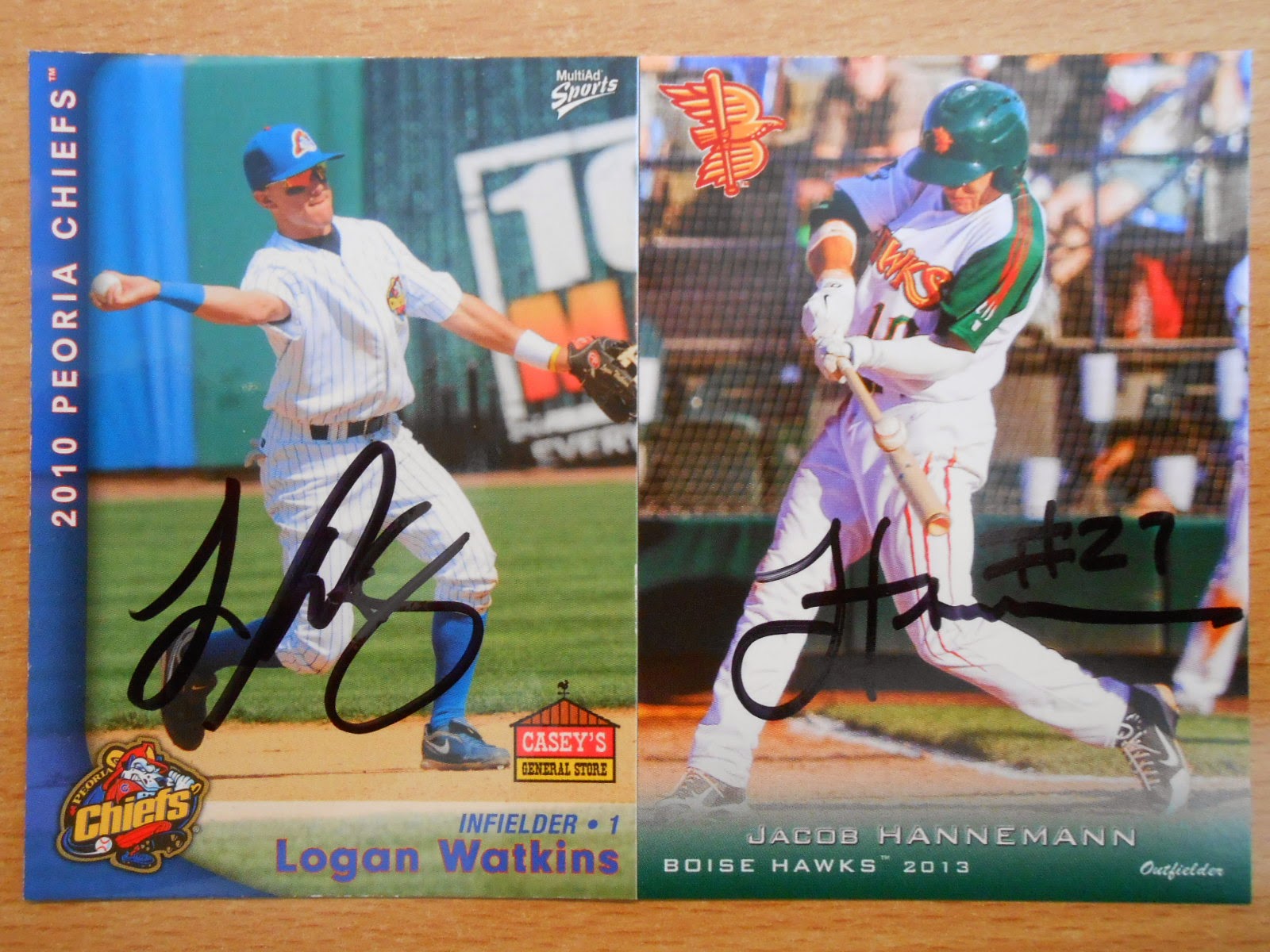 Minor league mojo!  We cheered at the AAA game for Logan Watkins and I think most everyone in attendance (probably twenty people who didn't work within baseball) were shocked that we were actually cheering.  Logan actually asked my sister and I why we were cheering for him. Our answers:  1. Do we actually need a reason?  2. He made a stop through Peoria and played the game the right way.  He was and still is easy to cheer for.
On the right is the Cubs' 3rd round selection in the 2013 draft.  Jacob Hannemann was about as friendly as friendly gets.  He was concerned about finding a host family to live with during the season and in turn I was bummed that I couldn't help him out.  I look forward to seeing him play in Kane County next year, which is 2.5 hours north of P-town. 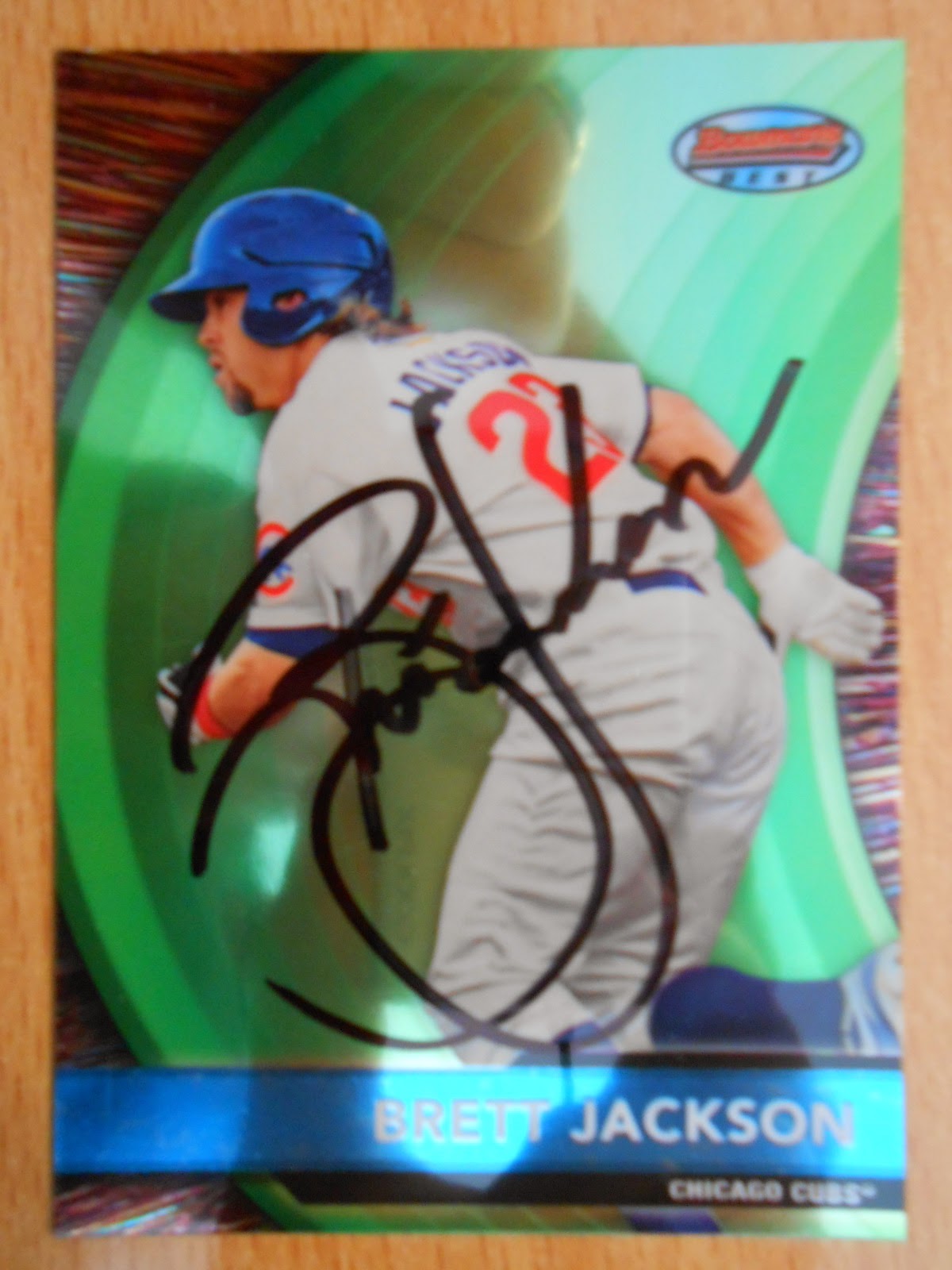 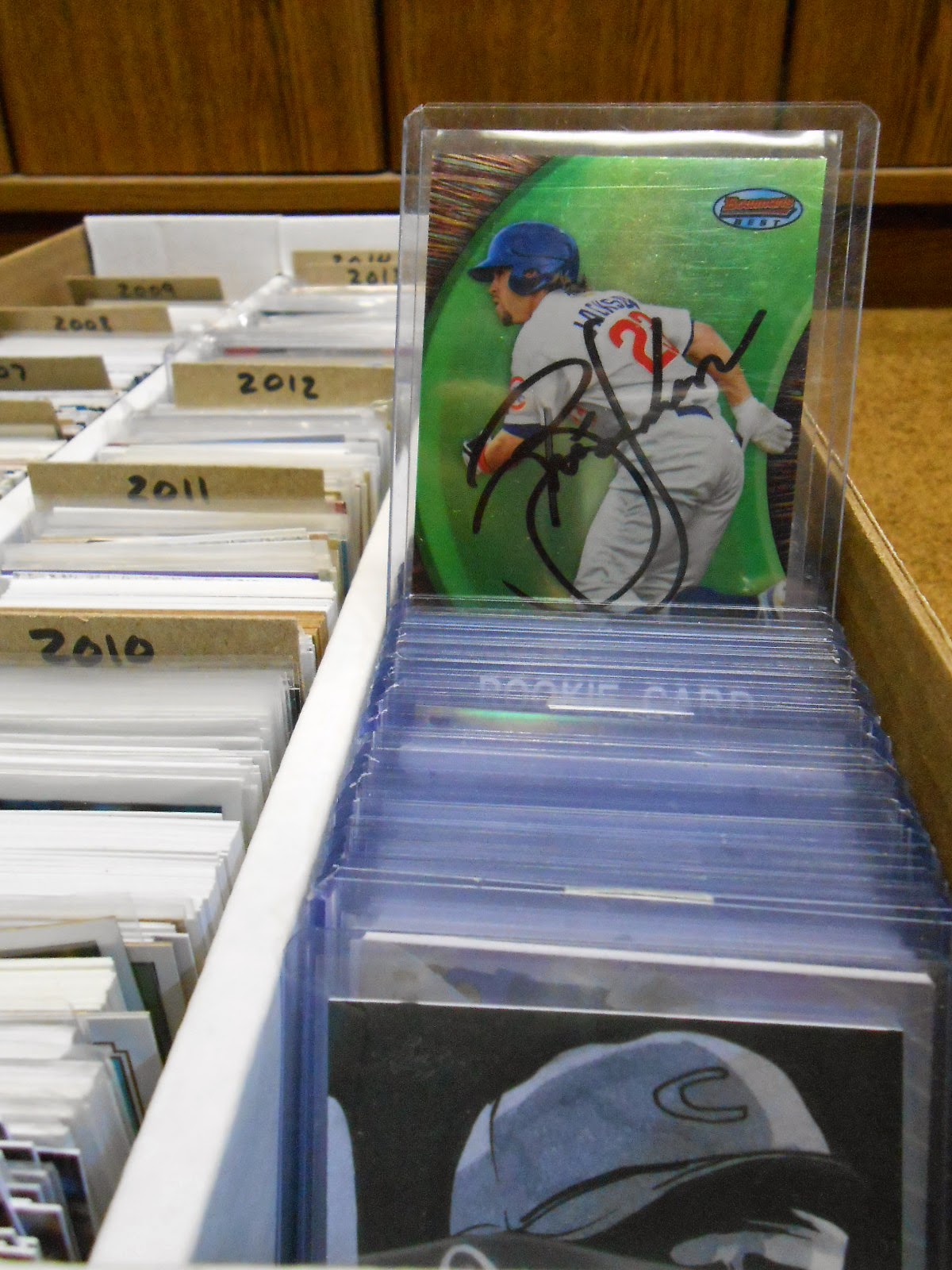 Brett Jackson once stopped through Peoria with five other players as part of the winter Cubs Caravan.  It was a great event and I managed to snag all but Jackson's autograph that night.  This time around I was able to catch up with Jackson after the AAA game and I asked him if I "could steal an autograph."  No doubt the wrong choice of words, because the conversation quickly devolved into him asking me, "Are you going to sell this on the internet?"  Ouch.  I realize I'm a 6'4" grown man on the outside, but the card collecting kid in me took a blow on this one.  Again, poor choice of words on my part and I accept blame for what ensued.

It's moments like these where I just want to crawl into a hole and never buy another pack of cards again.  I've actually been contemplating just giving up on in-person autographs altogether.  Mr. Jackson, I doubt you're reading this, but if you are, thank you again for the autograph.  The above shot on the right shows your card being placed into the autograph/relic/1-of-1 section of my Cubs boxes.  It will reside in this box with the other autographs I've been able to collect since I said "thank you" to Mike Harkey back in 1991.

No Ruggiano or Welington, but a nice haul overall.  Stay tuned, folks, because the card shop recap will be up next!