Four months into 2014 and I've finished three books. I was hoping to do a book a month, but three in the first four isn't bad.  Here's the latest! 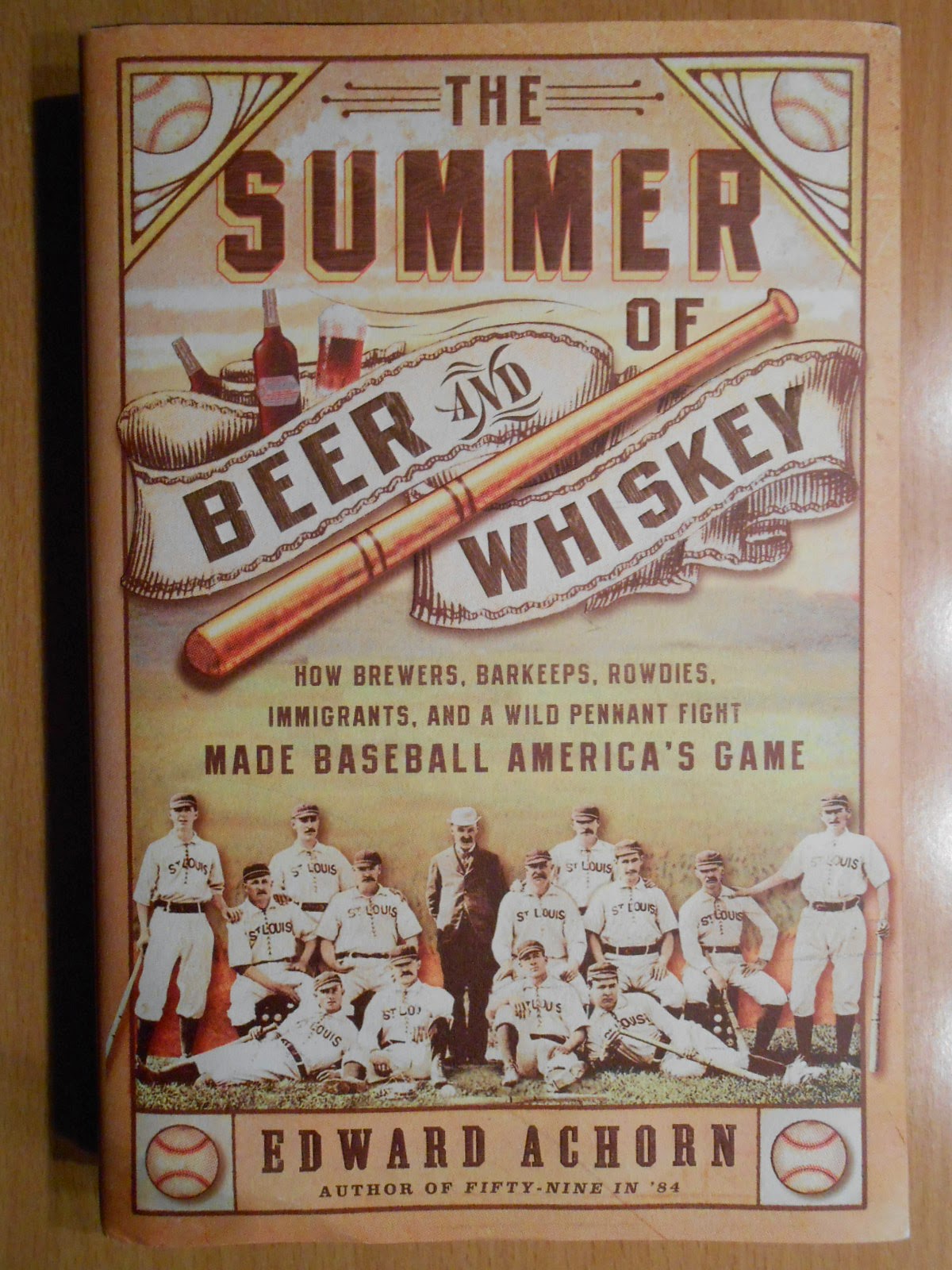 Synapse: The book is less about beer and whiskey and more about the American Association season of 1883.  Baseball at the time was losing the attention span of America as it recently been overtaken by gambling and was view upon as dirty.  The National League, in attempt to clean up the game, raised the ticket prices to keep the riff-raff out and also banned the playing of league games on Sunday.  You know, because people should go to church instead of taking in a baseball game.  The American Association took some of the crooked players and some of the banned teams and started a league which thrived upon three key things: 1) admission prices were a fraction of the National League's, 2) baseball on Sundays, and 3) alcohol sales to help boost revenue.  Next thing you know, the NL has competition and baseball is revived in the eye's of the public with a great Pennant Race between the St. Louis Browns and the Philadelphia Athletics.
Comments:  I've read many baseball books, but this was the first nonfiction piece where I had to learn an entirely new set of players (save the brief mention of Old Hoss Radbourn, Charles Comiskey, and Connie Mack).  It took me a while to get into book because of this fact, but I was happy I stuck with it.  I learned much about America in the 1880's and what it was like being a major league baseball player during those times.  The book is chocked full of fantastic characters and anecdotes.  On a side note: As a Cubs fan, it was a little tough getting over the fact the Summer of Beer and Whiskey focuses a great deal on owner Chris on der Ahe and the birth of the St. Louis Browns (Cardinals).  Even still, it's amusing to think a German immigrant with a thick accent and no knowledge of baseball practically saved the game!
Grade: The title is a little deceiving as there wasn't too much focus on beer and whiskey, but instead it is a thoroughly researched book about professional baseball during one of its most tumultuous times.  It sometimes came across as a little dry, but it would quickly rebound with a fun little story or it would teach me something new about how baseball became the game it is today.  Did you know that it once took eight balls to earn a walk?  Here's another one: in 1883 pitchers couldn't throw overhand, but the most dominate pitchers of the time pushed the rule as far as they could (side arm slot or 3/4 slot when the umpire would allow it).
Overall, I'll give it a solid "B" for a grade.  Not in my Top 10 baseball books, but definitely worth the read.

I'd like to thank my Aunt Chris and Uncle Ken for giving me the book for Christmas last year.  And thanks to you, the reader, for stopping by!