Wes, also known as the uber-generous author of Jaybaerkfan's Junk, sent me a package so large I had to separate it into two posts.  Yesterday, I revealed the three team bags full of Cub goodness.

Today, we'll take a crack at dissecting the "Bear". 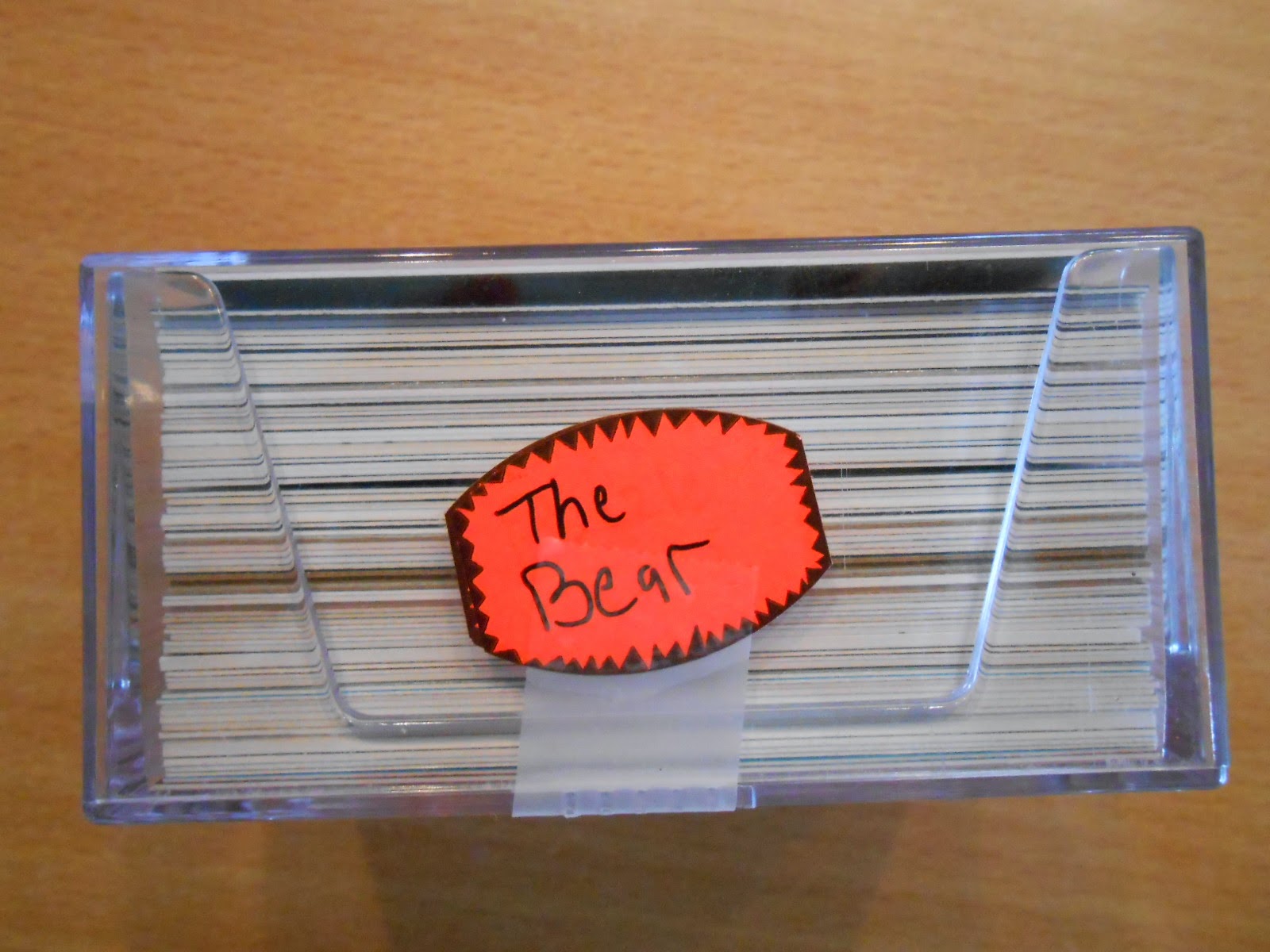 Now, I'm not sure that this isn't a re-purposed case, which already had this sticker applied to it.  Wes tends to name his packages after fictional monsters: The Kraken and The Rancor Monster.

A Bear?  Yeah, that's a little tame for this package, because every card was serial numbered!  Holy smokes! 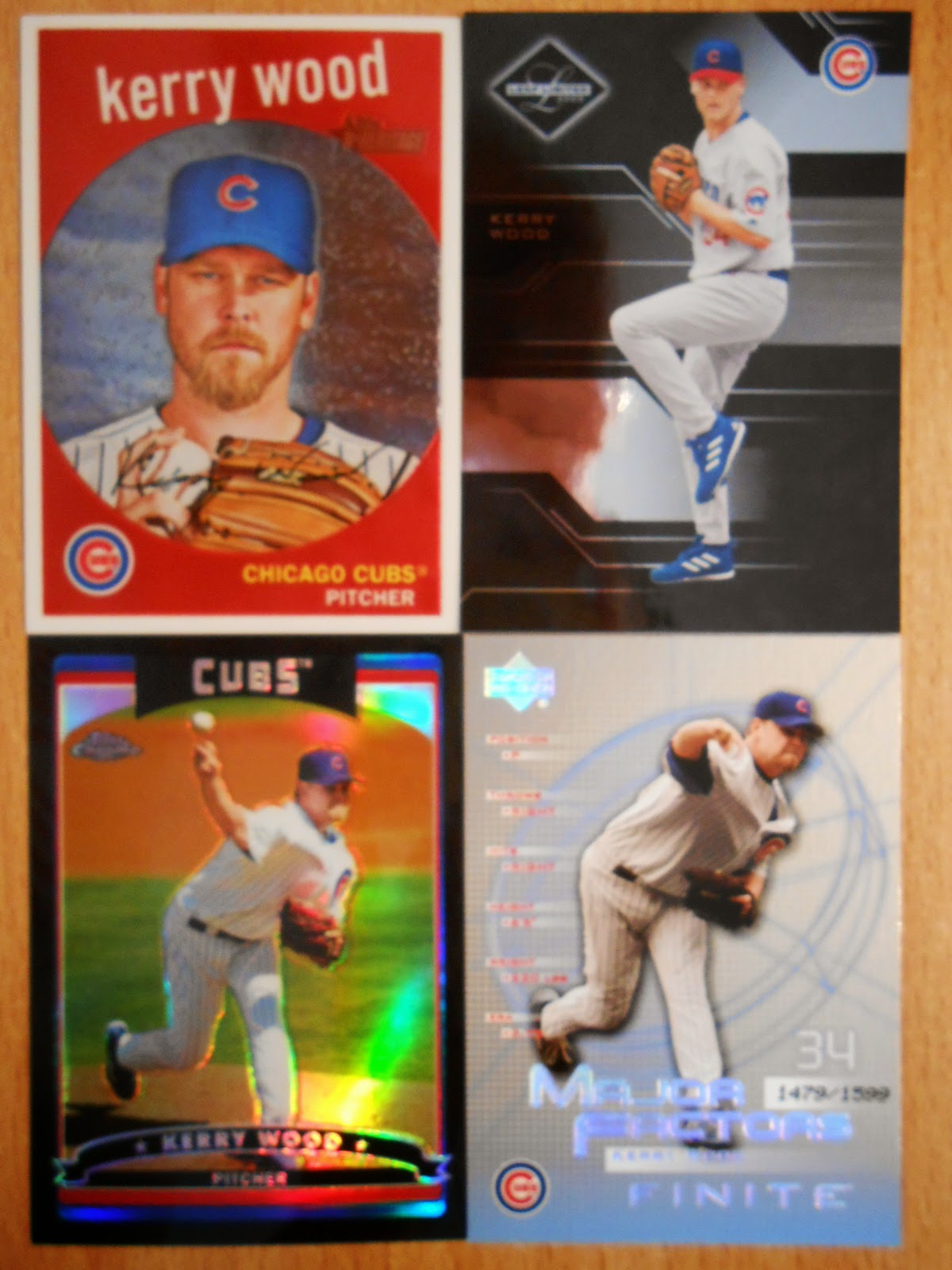 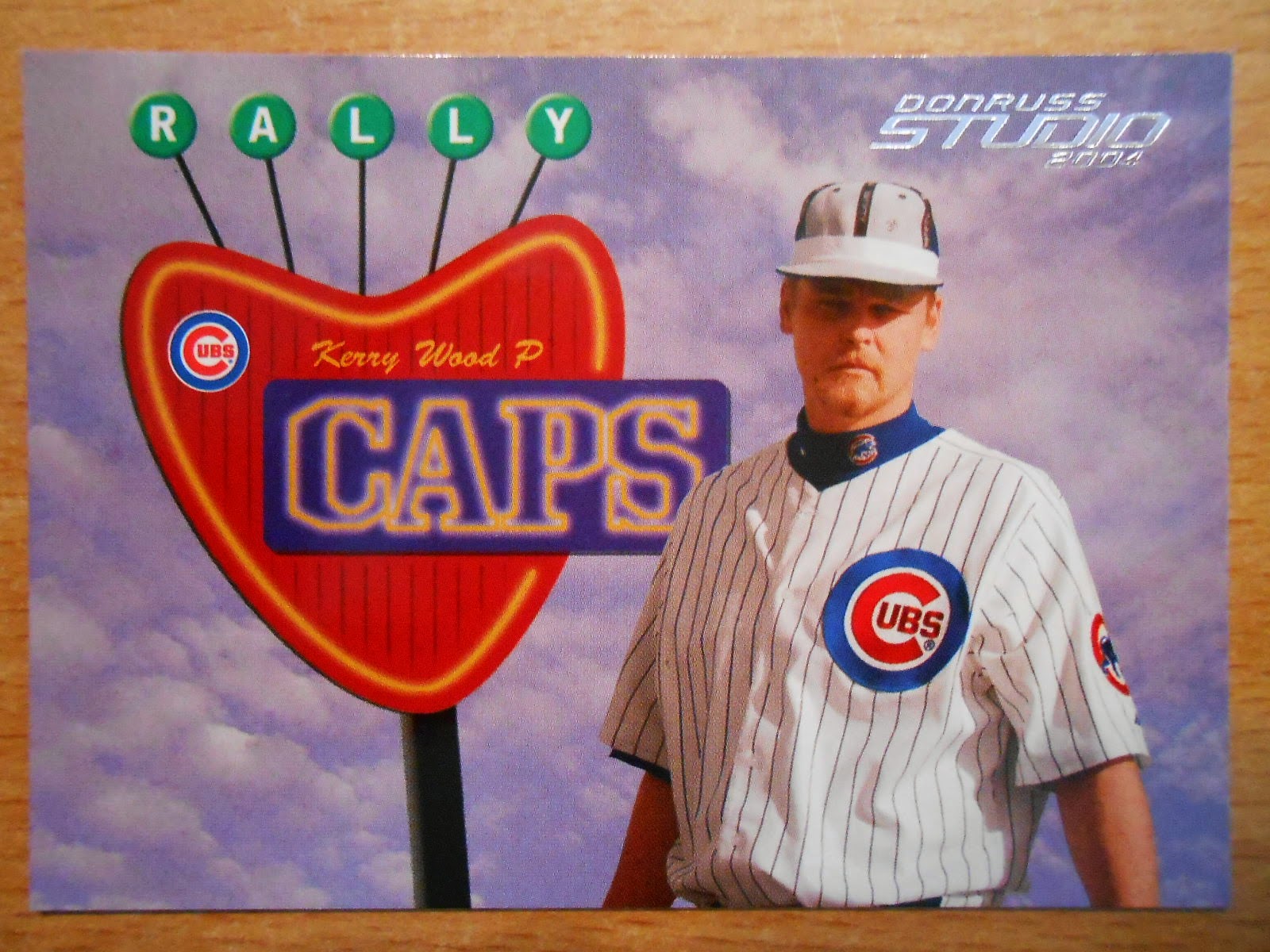 Rally Caps?  Cool! This 2004 Studio card might be my favorite from the plastic case, but there was some very stiff competition, as you will see below. 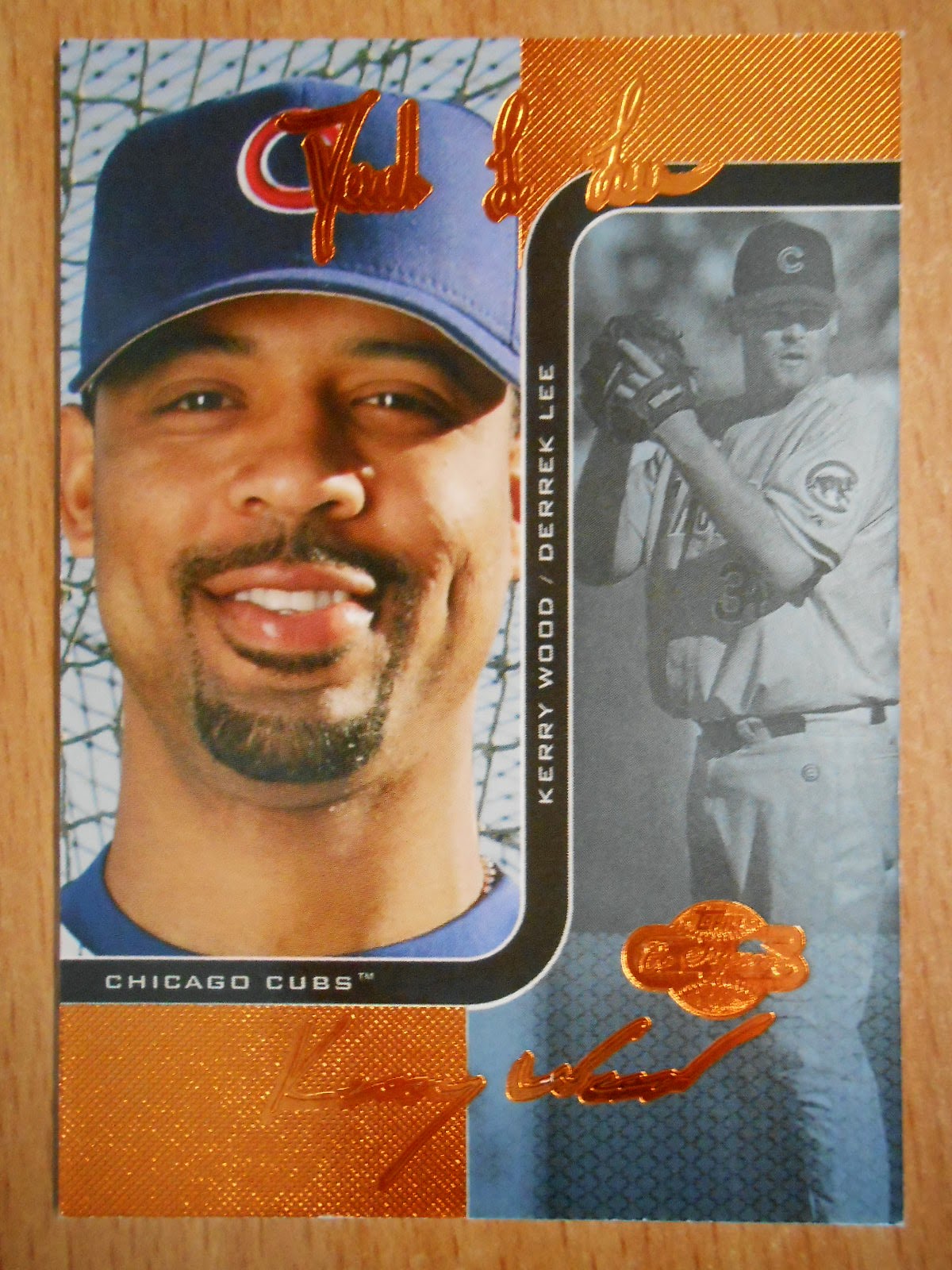 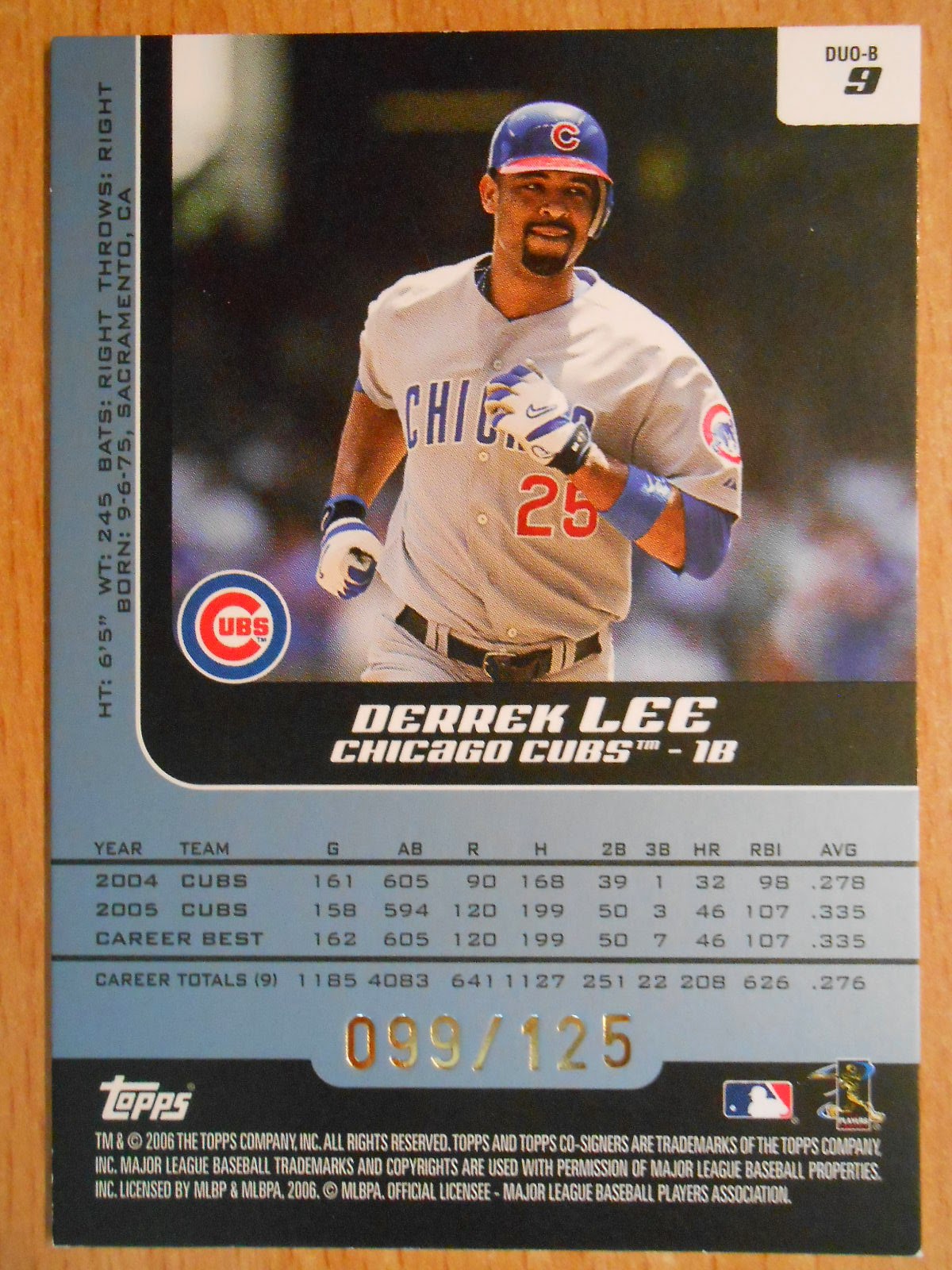 Yep, this one counts for sure.  I don't care if the back side neglects Wood or not.  I'm up to 316 unique Kerry Wood cards!  Woo-Hoo! 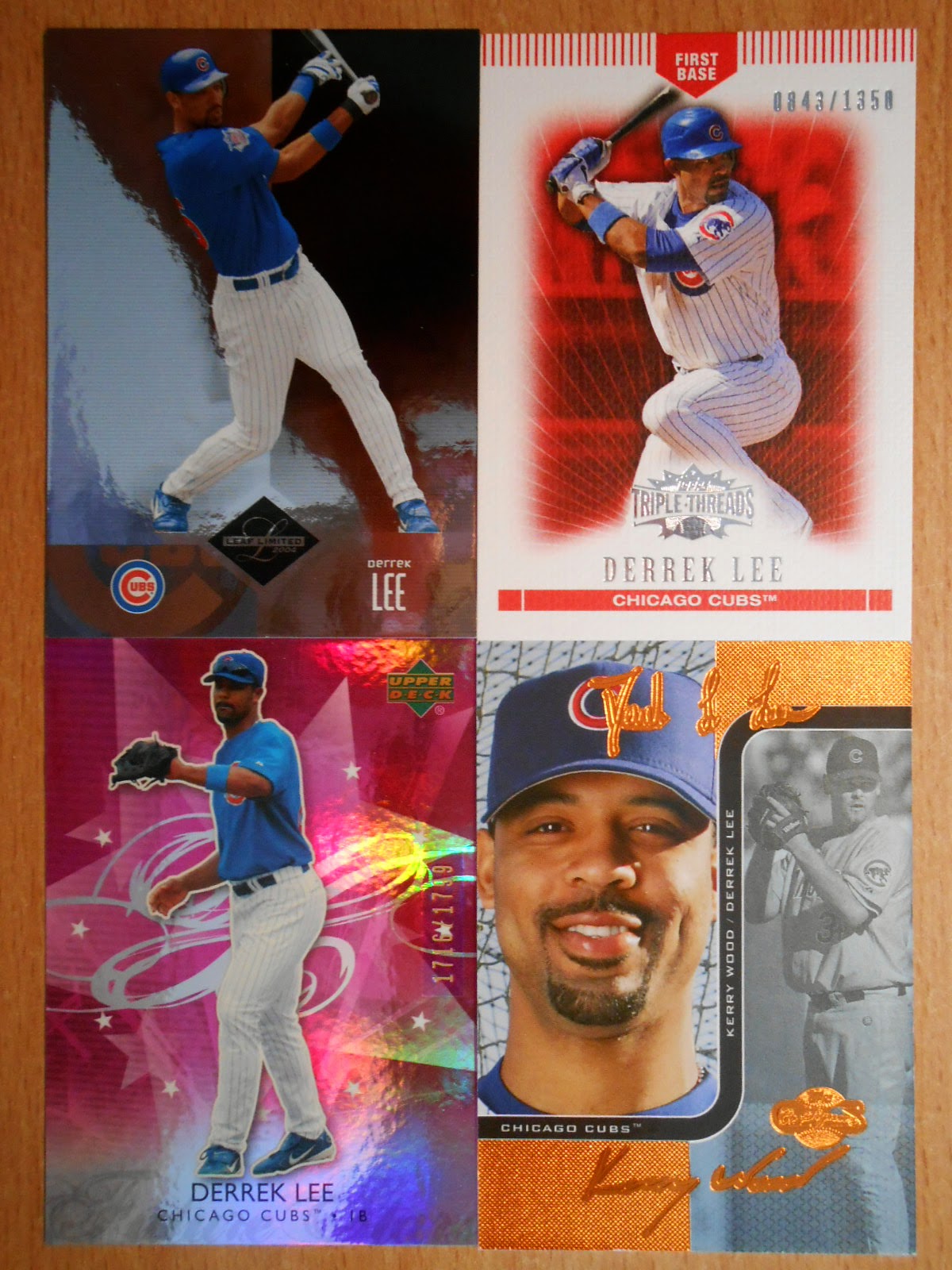 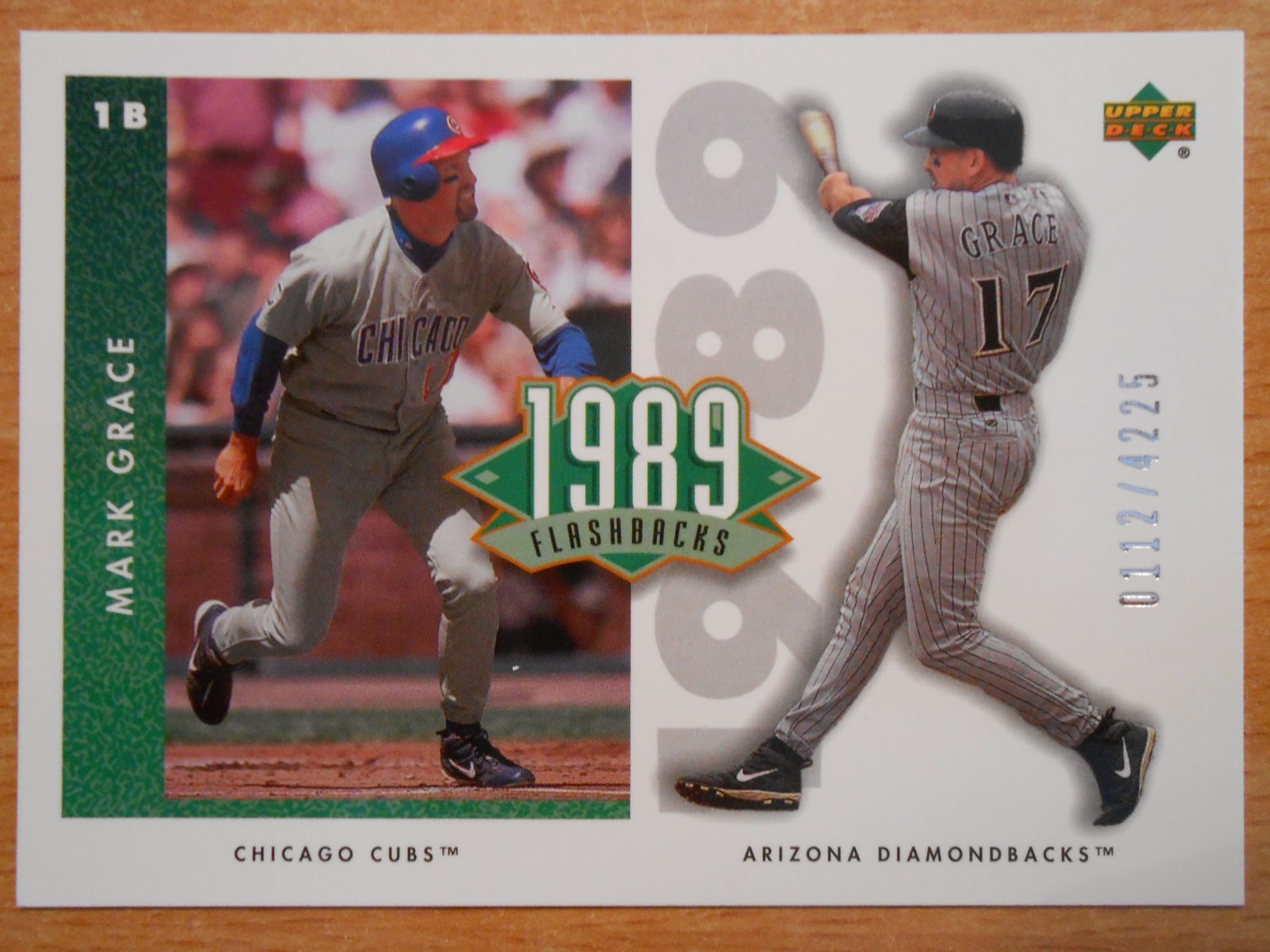 Two more of my favorite players from when they suited up for the Cubs: Jon Leiber and Lance Johnson, aka One Dog. 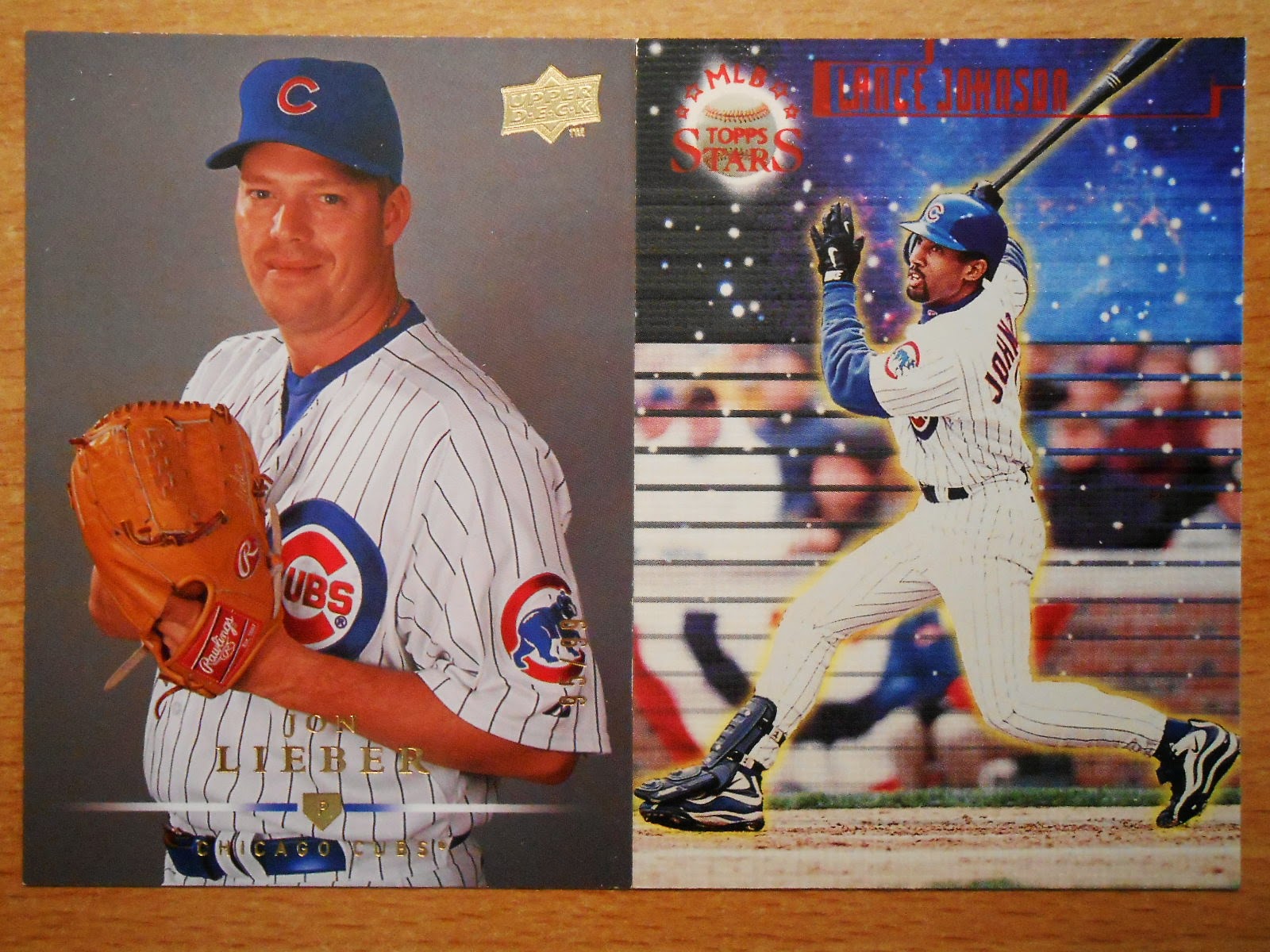 Since the entire plastic case contained serial numbered cards there was a nice smattering of Topps and Bowman parallels from different years.  Many of these were from years in which I wasn't collecting cards so I was pretty excited to find them in the package. 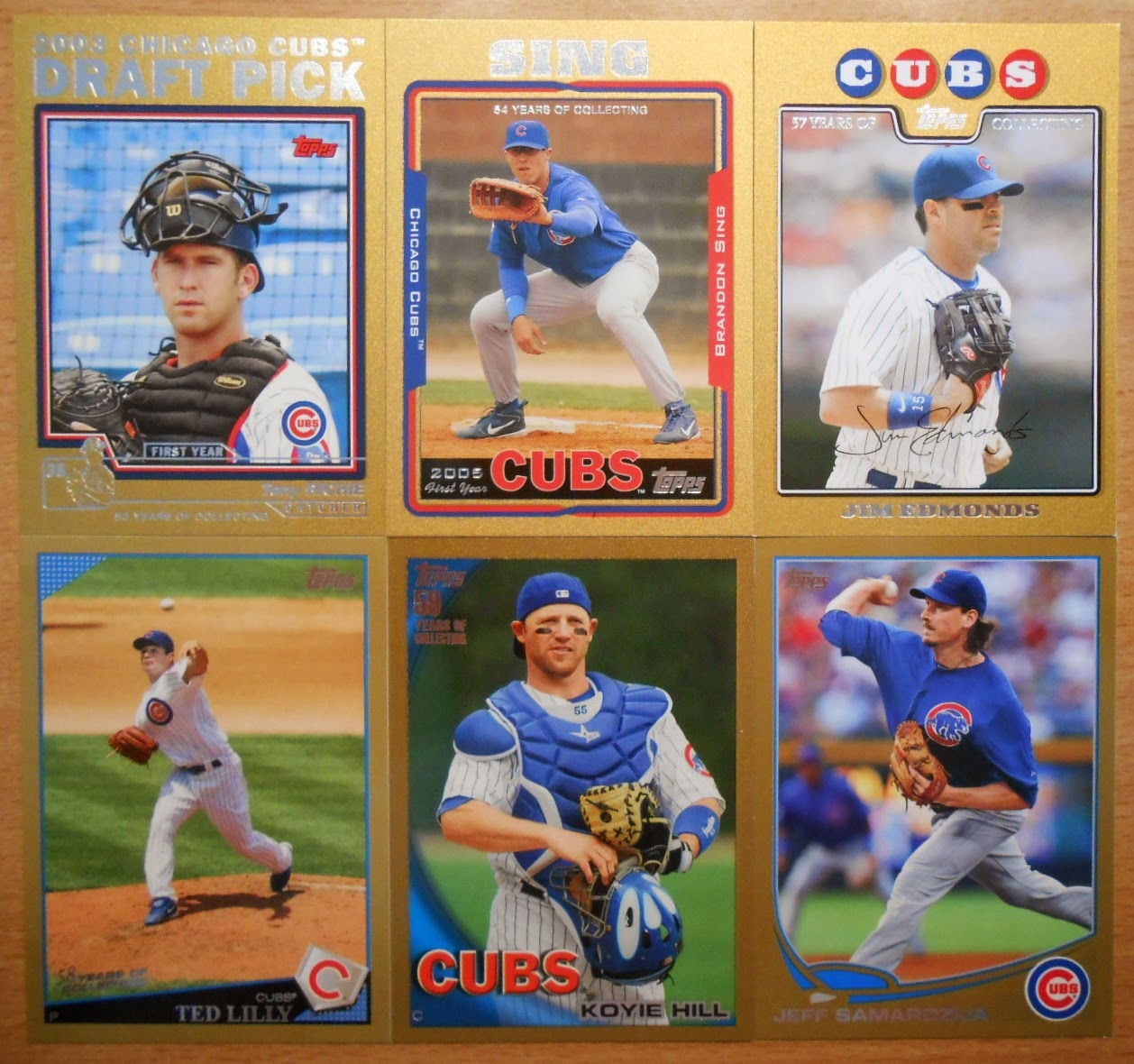 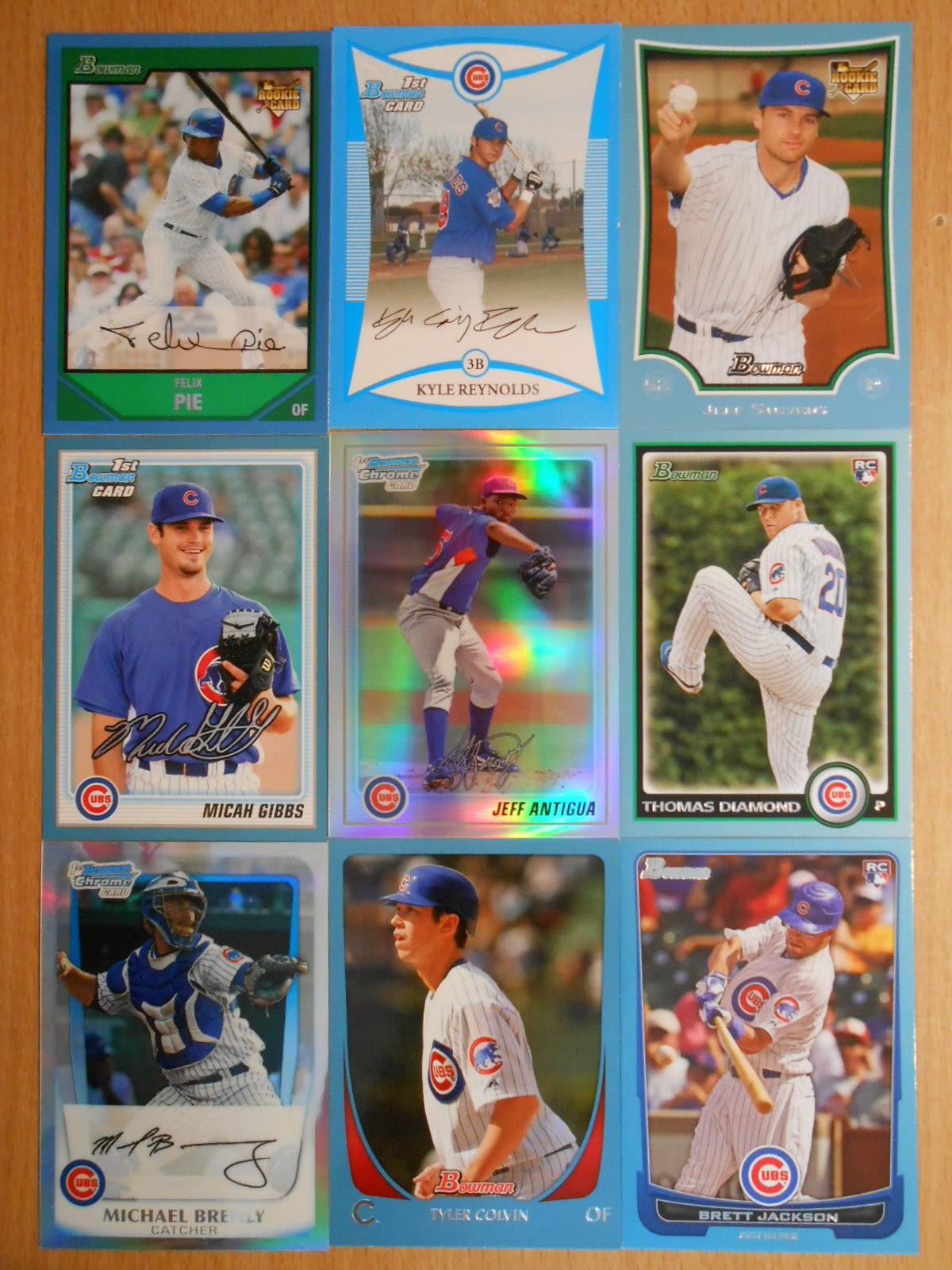 There were plenty of one-time prospects as well, like the Patterson brothers: 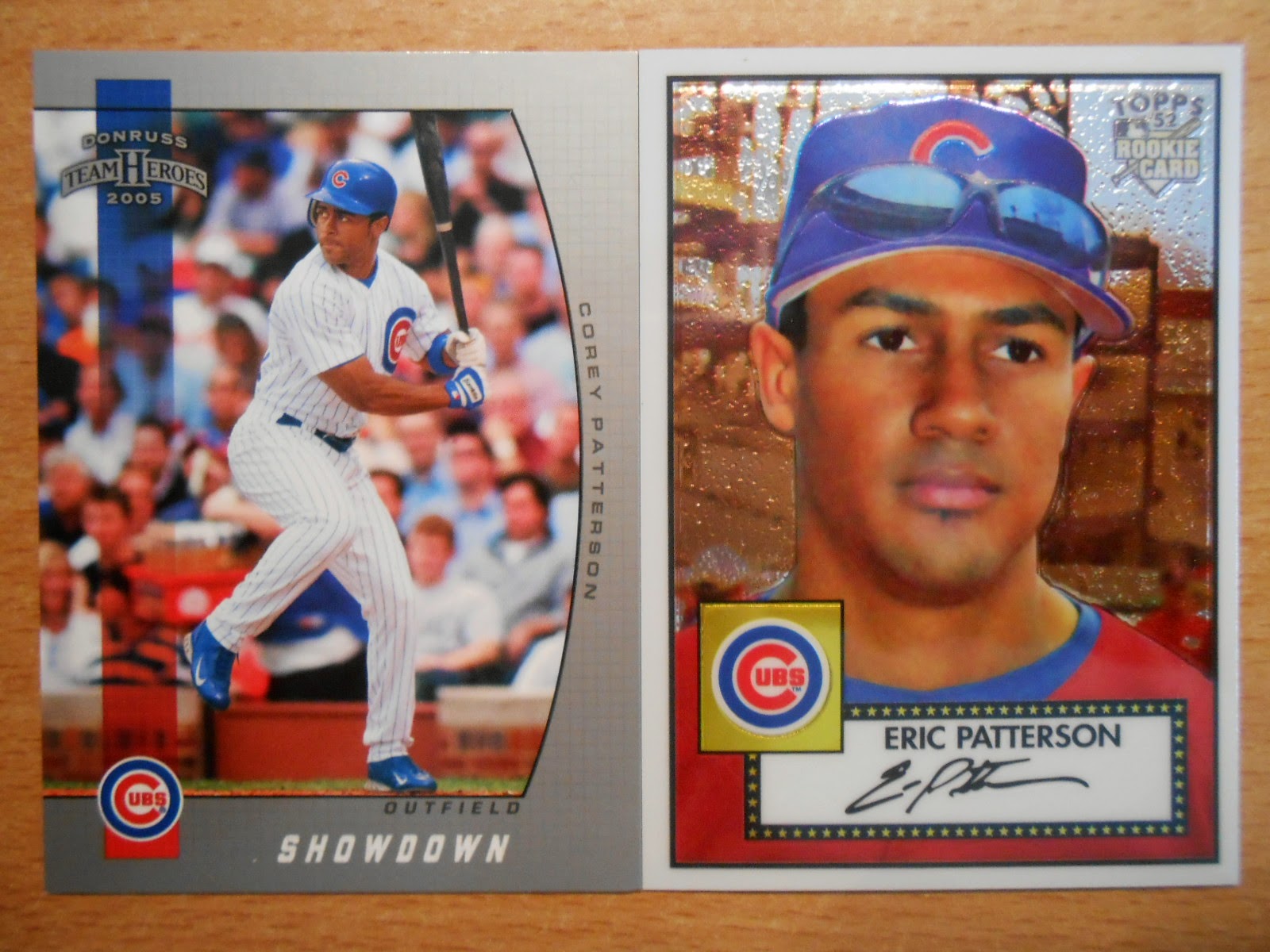 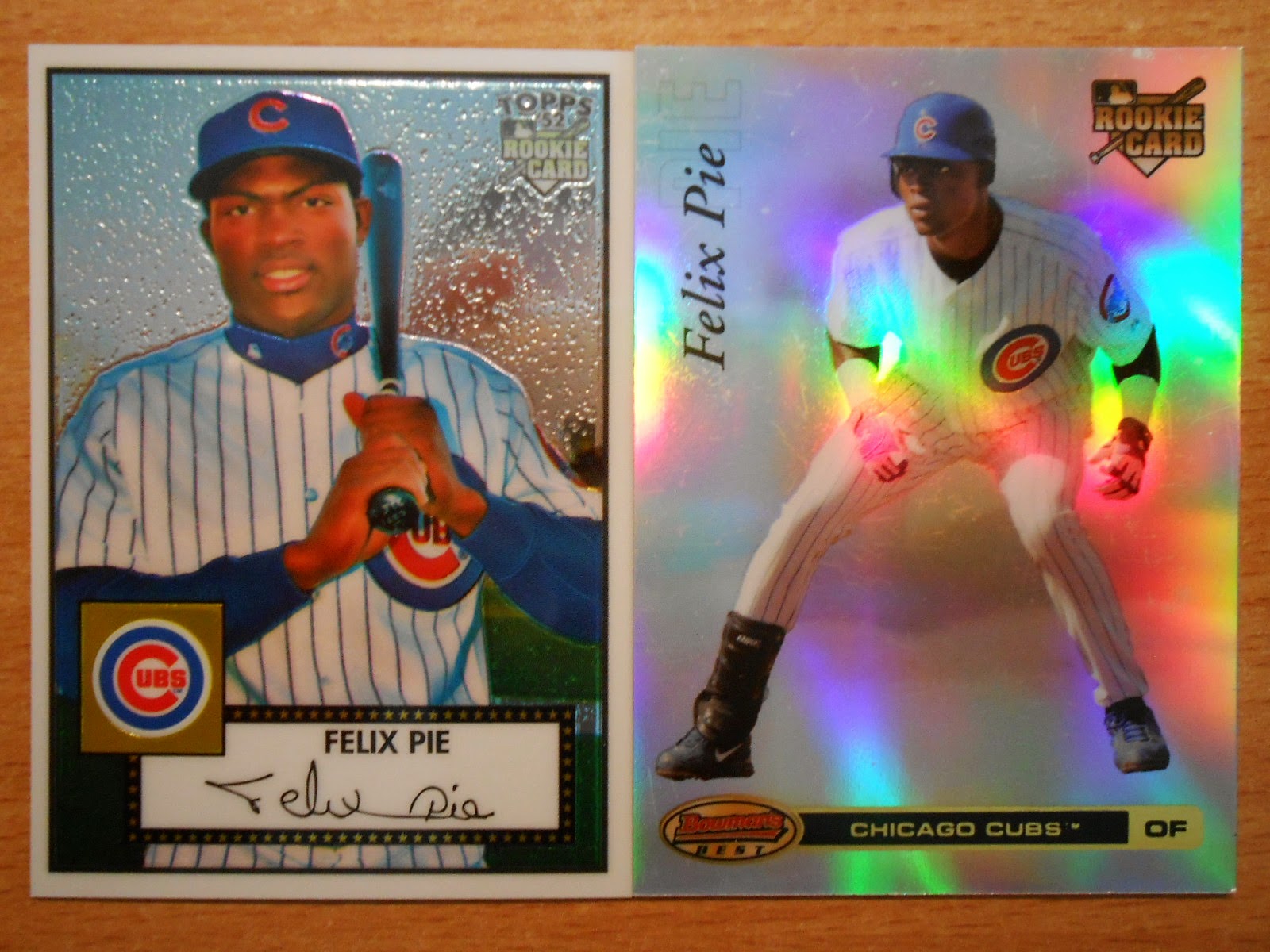 Hey, it's Ceda time!  (A reference to Ceda's fleeting fame when he was a member of the Peoria Chiefs.) 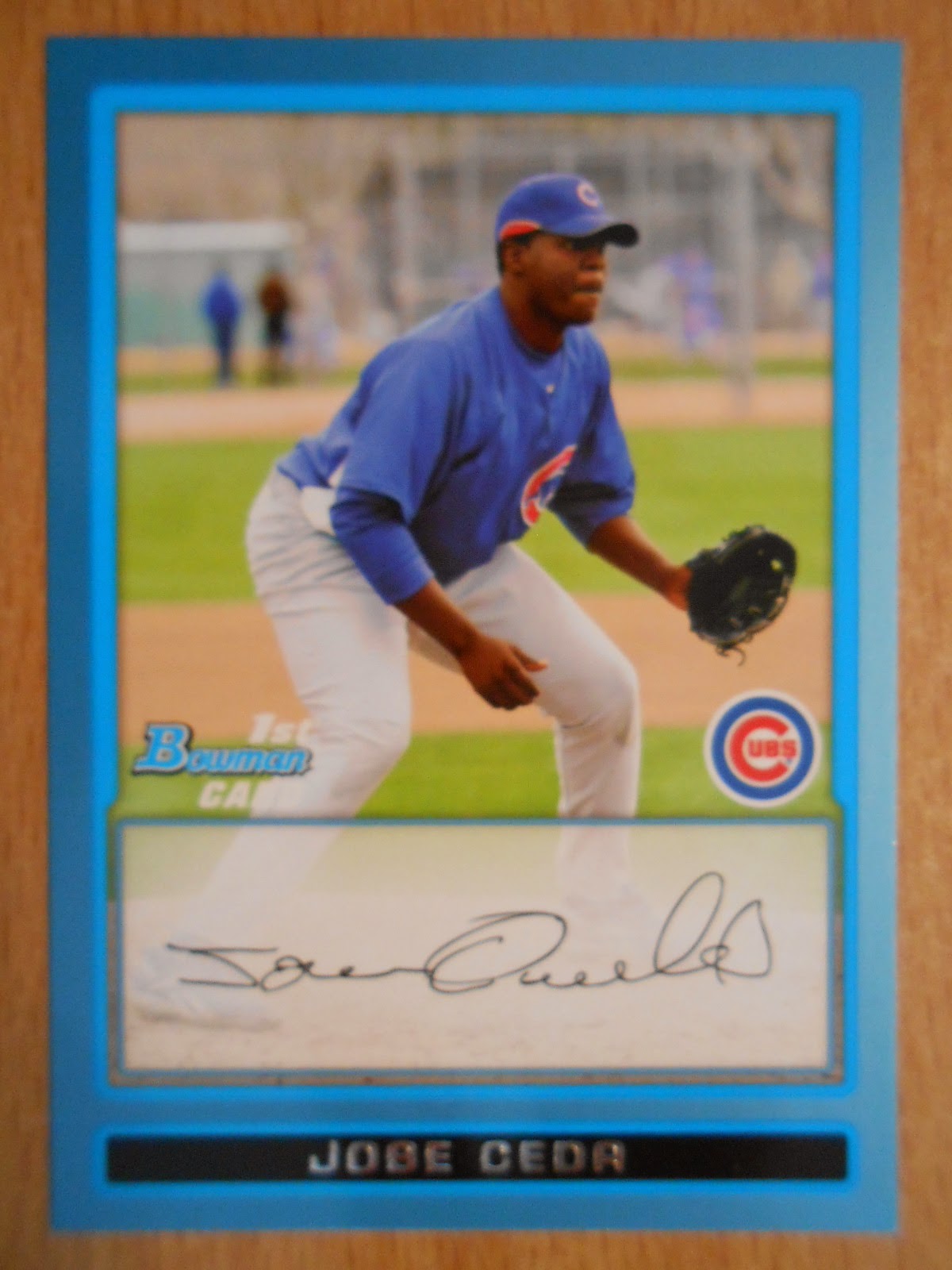 As you can tell, there was quite a collection of players from a wide assortment of sets and years. 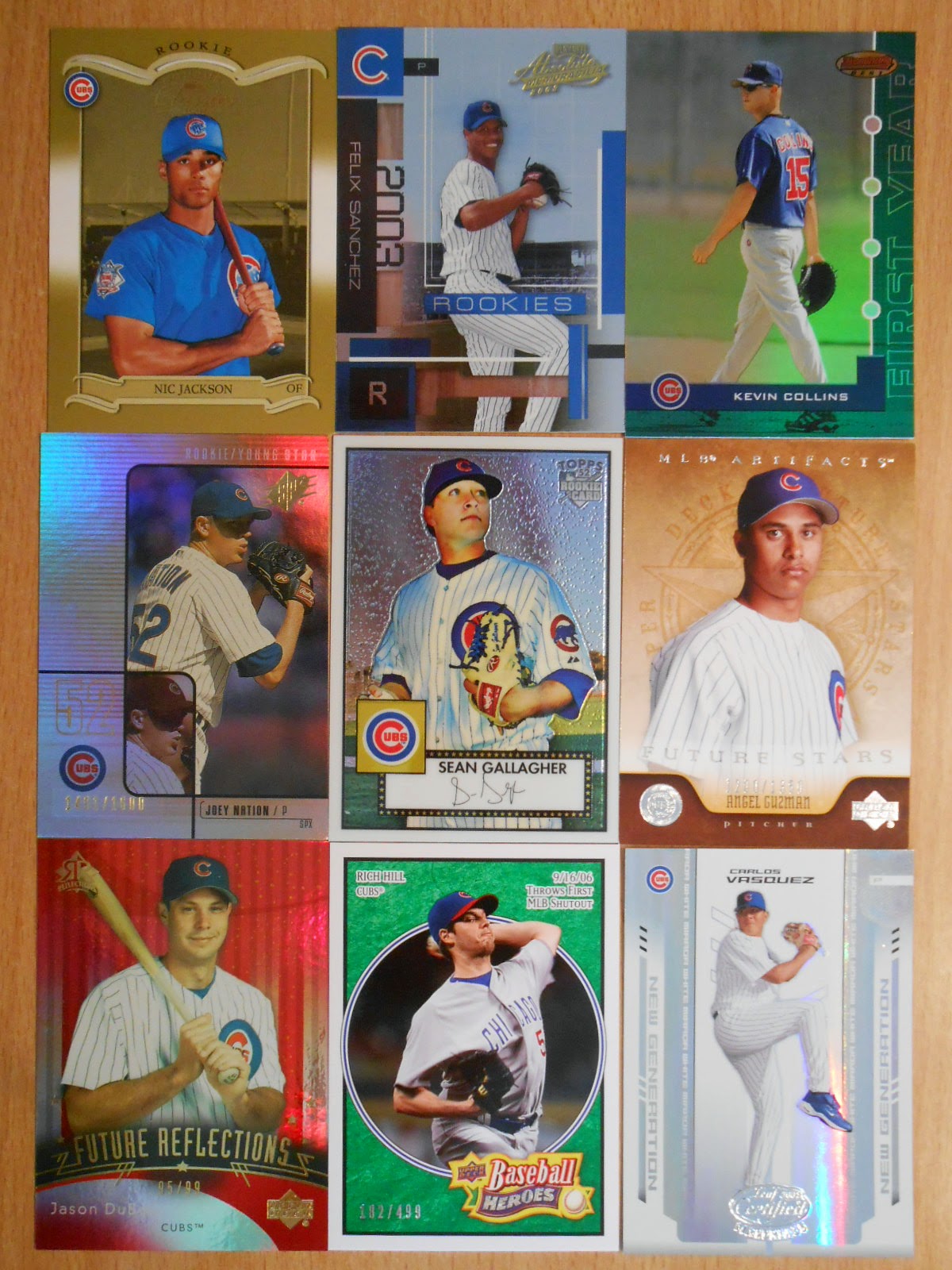 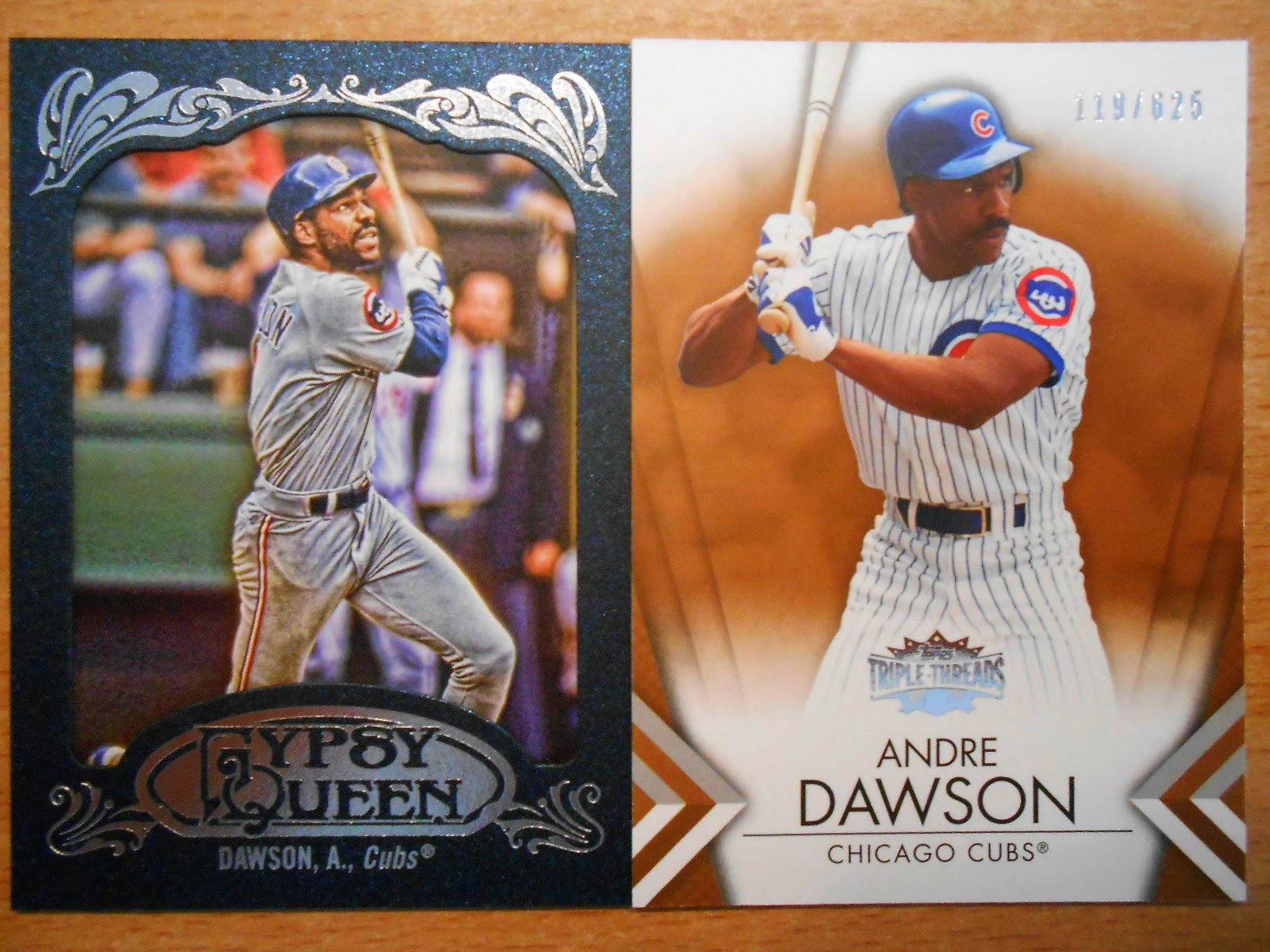 The Hawk was a great Chicago Cub.  These will probably wind up in my sister's collection as she's a Dawson super collector. 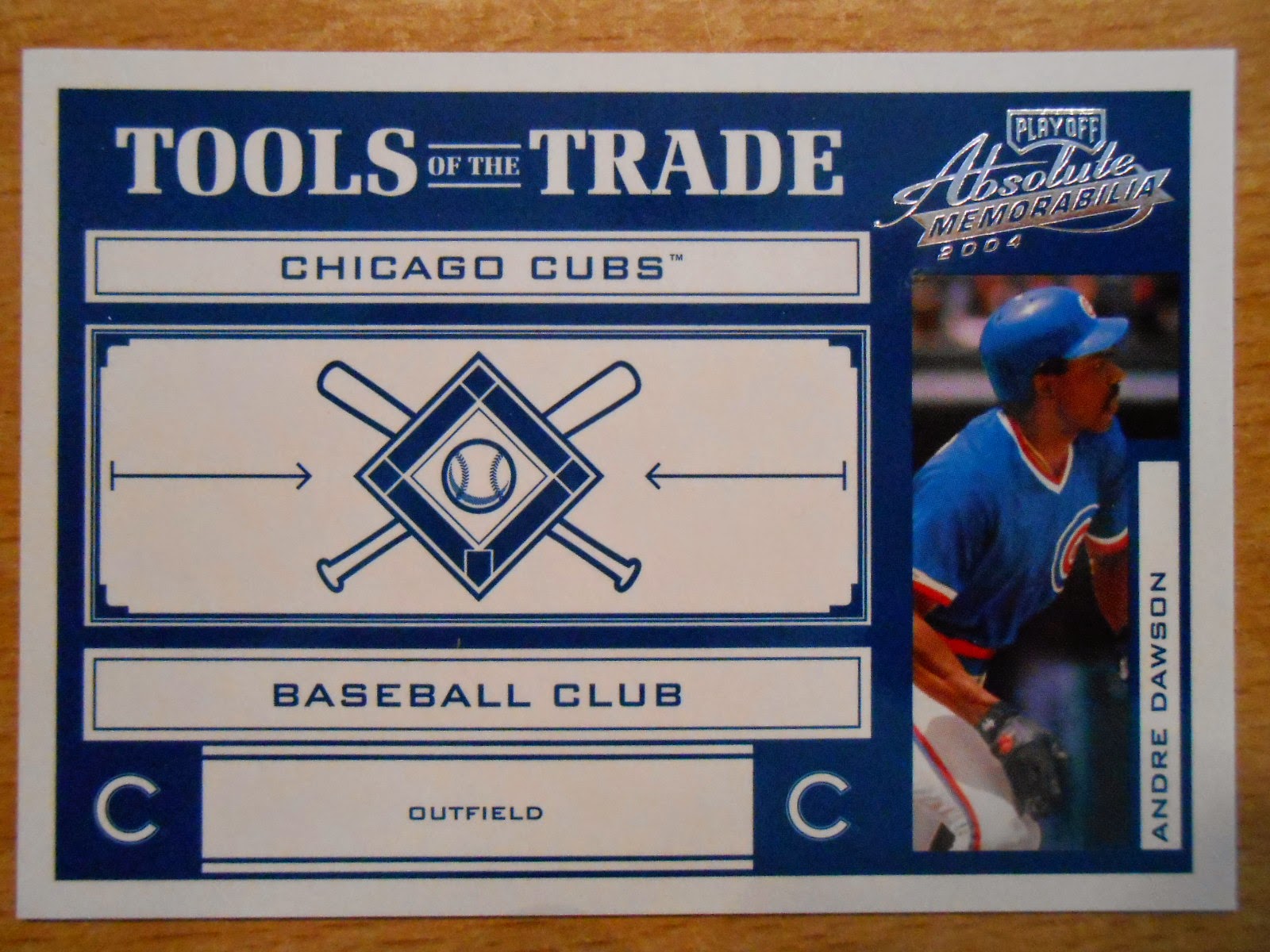 Fergie Jenkins!  The first ever Canadian born player to be elected to the Hall of Fame! 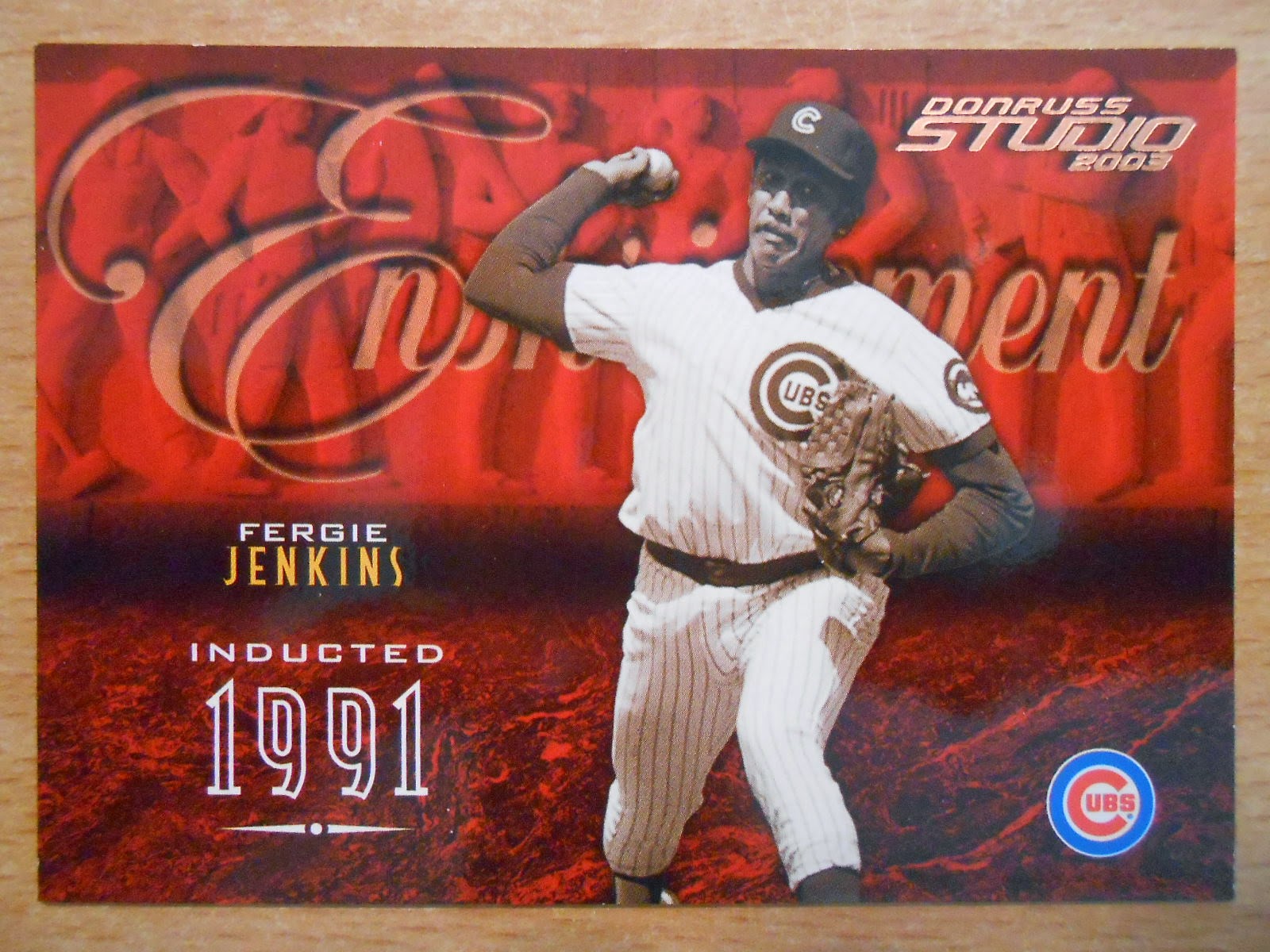 And the icing on the cake: An Ernie Banks autograph with certificate of authenticity. 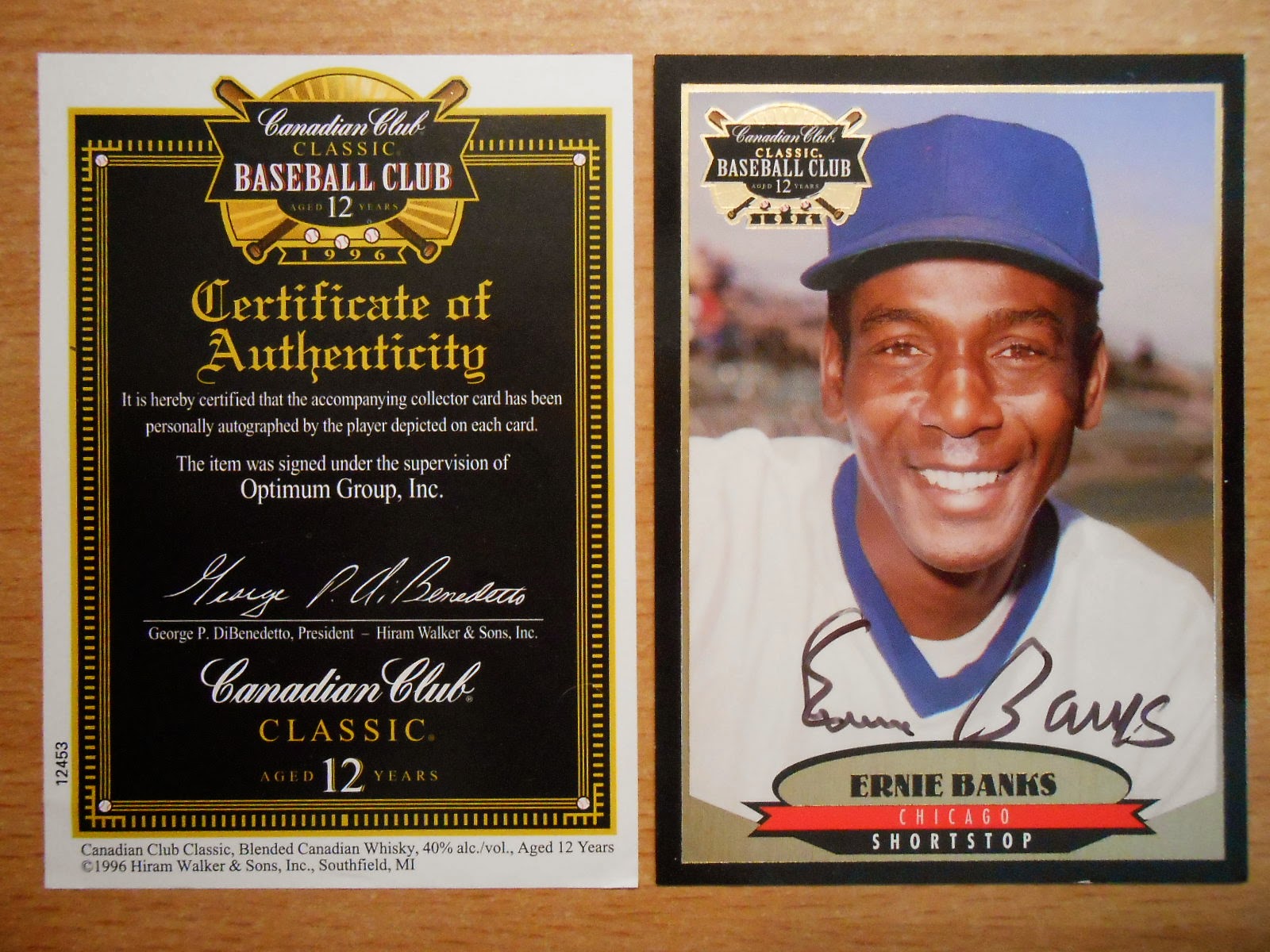 
Seriously, where does Wes find all of these cards?  Another blogger hypothesized the other day that Wes may have a printing press in his basement.  I don't think that's the case, but if it were true it sure would explain some things!

Thanks for a great package, Wes.  It'll take a while to accumulate a return package, but one is most certainly in the works!