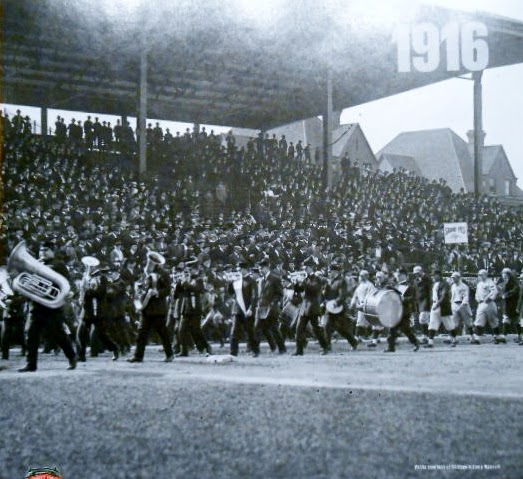 "A marching band leads the Cubs onto the field on Opening Day 1916.  On this day, April 20, it was the first game the Cubs ever played at Wrigley Field, at the time known as Weeghman Park: they beat Cincinnati by a score of 7-6 in 11 innings."

Ninety-eight years ago the Cubs moved in, but in 1914 the first game at Weeghman Park was played between the Chicago Federals and the Kansas City Packers of the Federal League.  The Federals downed the Packers 9-1 on April 23rd, 1914. 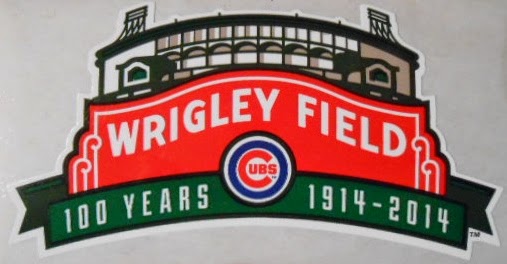 The Cubs are making a big deal about Wrigley Field turning 100 years old, but part of me wonders if they'll bother celebrating the 100th anniversary of the Cubs calling Wrigley Field home in 2016.

Side note: I frequently look at the outcome of the first pitch of a game or the final score of said game and say, "It's going to be a good season!"  ... or...  "It's going to be a long year."  You know, like the result of one event, an extremely small sample size at that, has the power to portend the future.

The Cubs and Federals were both victorious in their first games at Weeghman Park, which would have had me saying, "We will see many championships on this field in the years to come." Huh.
Me thinks there is a flaw to my system and I have 100+ years of data to back it up.  Sigh.