Dime Box Diving from my Desk

Apologies to Nick, my cardboard friend just up I-55, on the belatedness of this post. I have had two packages arrive unexpectedly this week, which is awesome, but they often get put on the back burner during my baseball coaching season. We're currently 13-4 and having a nice season.

Nick runs the blog "Dime Boxes -- The Low-End Baseball Card Collector's Journey" and it's one of my favorite reads. His weekly posts on his FrankenSet are some of my favorites and I look forward to voting every week. My pick hardly ever wins, but sometimes the masses agree with me!

Back in March I sent out some Cubs Care Packages to the Cubs bloggers I know and they seem to have gotten pretty good reviews.

The pitching has come around and the Cubs are playing better. Heck, even Tyler Chatwood threw six shutout innings today. Crazy.

The cards Nick sends are always the best as he continually hits on my player collections and other deficiencies within my collection. For instance, this is my first Nico Hoerner card. 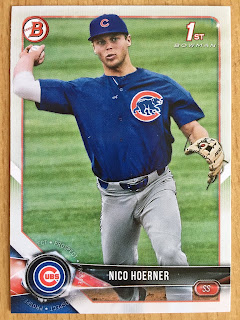 Hoerner was the Cubs #1 draft pick last summer and he's on the fast track much like how Bryant and Schwarber were.

I didn't know I was deficient in this area, but I apparently was.  Big Time. 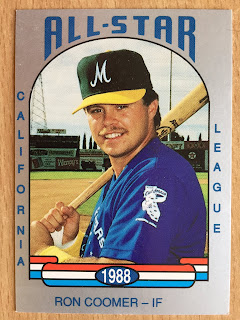 How I didn't already have this beauty of a Ron Coomer card is beyond me. I wonder if Coomer does TTM autographs?

Also, I believe this is my first Cole Hamels card in a Cubs uniform and it's one of those retail only snowflake parallel thingies! 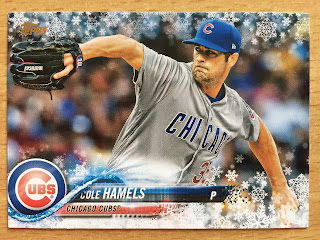 I think this is my favorite card from the entire package, and that's saying something if you continue to scroll through this post. Grandpa Rossy was my favorite Cub on the 2016 World Series winner and I actually shed a tear when he hit his Game 7 homer. I have this card, but it's located with the rest of the box set. This one goes in the David Ross binder. 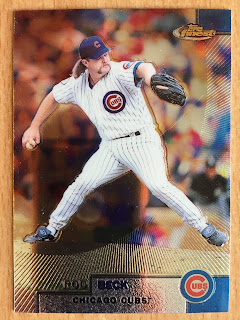 Yes, I have player collections of guys who didn't play for the Cubs. These two oddballs really help round out my mostly mainstream collection of Jim Abbott. 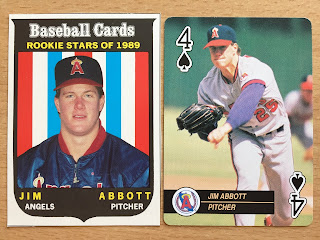 Two more Brooks Kiescnick cards! I'm now up to 88 cards of Brooks in a Cubs uniform. Nick also sent a Kieschnick-Brewer card . . . should I add it to his binder? 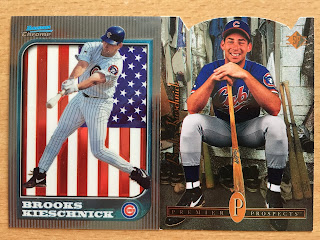 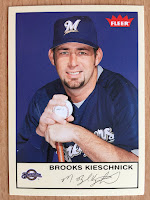 Kid K! 546 different Kerry Wood cards and counting, of which Nick has contributed 24! 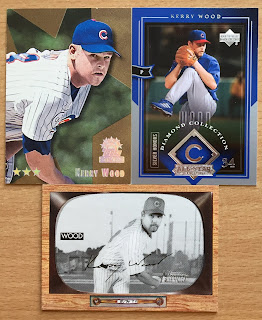 Variety. Nick comes across all kinds of cool cards that I don't see down here in P-town. 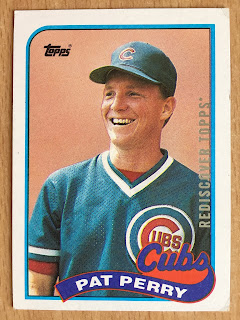 Rediscover Topps?  I haven't bought any 2019 Topps cards yet. Maybe I should remedy that. 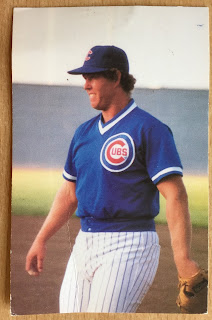 Ha! It's a postcard of Joe Hicks of the Iowa Cubs! Joe once hit 37 homers in a season for the I-Cubs. 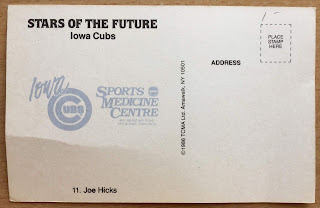 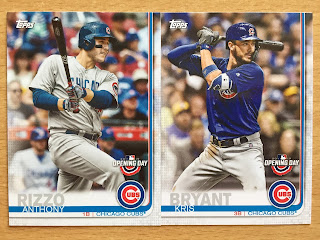 Rizzo! He's starting to heat up! 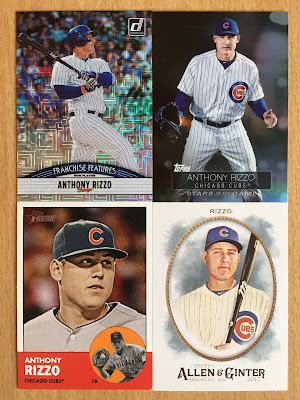 The top-left Franchise Features card has a very cool refractory background to it. 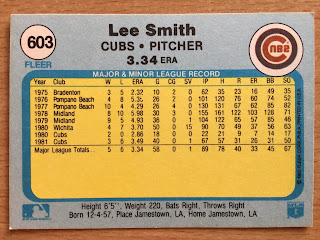 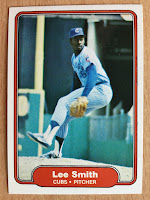 This is that weird Fleer card where the Cubs logo on the back is upside down. I'm so glad that he was finally given the call to join the Hall of Fame. 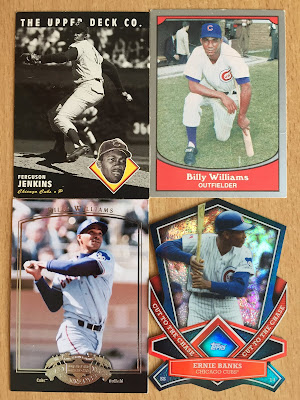 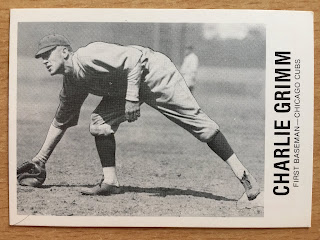 Stan Hack. Did you know I have a mini player collection of Stan Hack? 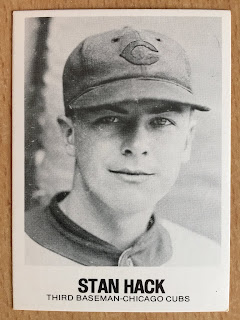 Vintage cardboard of dudes who are not on my radar.  But, they will go in the Cubs box if they fill any holes! 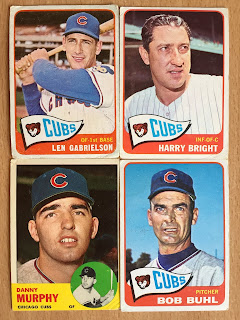 Post Cereal. This one is in pretty fine condition! 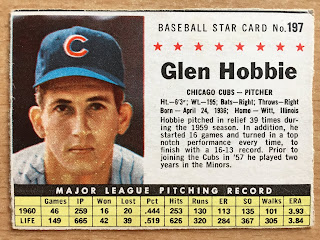 Vintage cardboard of guys who are on my radar. 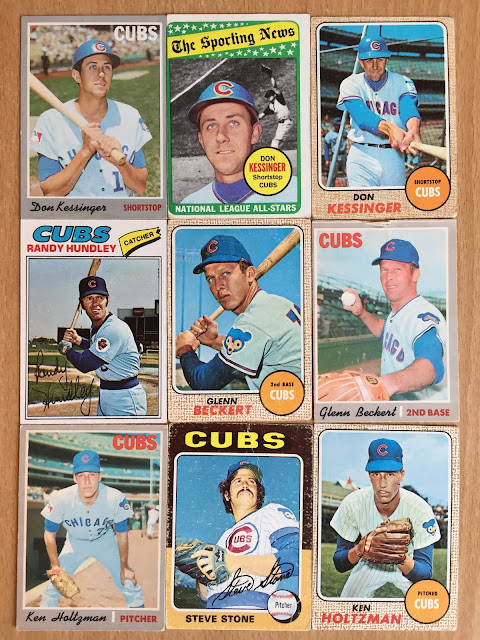 The 1970 Holtzman and Beckert are O-Pee-Chee cards! Score! 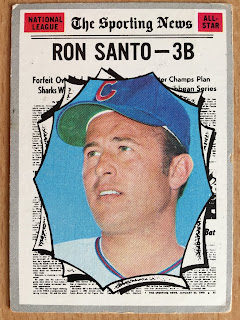 Runner up for favorite card of the package to the David Ross World Series card is this 1979 Hostess Rick Reuschel card. 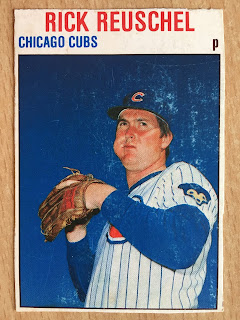 Bubblegum, chew or sunflower seeds in the cheek?  What do you think?