High School baseball. Wow. I'm tuckered out.
Yesterday we took a bus 75 minutes west of our high school to play another team for a 4:30 start. The wind was blowing out and the infield was a little choppy which was cause for some shaky defense and prolonged innings. Two-and-a-half hours later we came away 24 to 8 winners in 7 innings. Yikes. We hopped back on the bus, made a quick stop for dinner and were back home just after 9pm. If you'd like to follow us on Twitter here's the link. I'm in charge of the Twitter account and try to keep it updated as much as possible.

With all of that being said, I haven't sent out a trade package in a month or so. I'm time poor right now, but that will change in about five weeks and then I'll attack the list of generous souls who have sent me cards this spring.

One such blogger is Greg, from The Collective Mind. 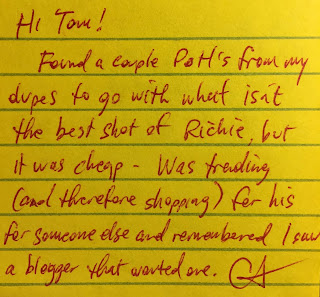 Greg and I enjoy picking cards off of each other's set building lists and sending them to each other.

I posted my 2002 Upper Deck Piece of History want list a couple weeks back and Greg knocked off half of my non-SP needs. 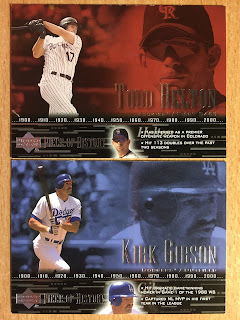 He also sent me a card for my HOF binder. I have two different vintage Richie Ashburn cards at the moment, one of him with the Cubs and one with the Mets. I'm seeking out a vintage card of him in a Phillies uniform, but this one will be a handy substitute until that day arrives. 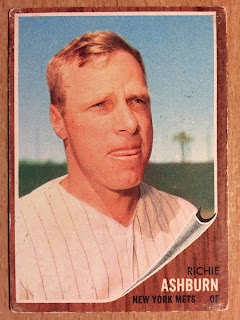 Thanks for the cards, Greg!

Steve, the author of Tridents and Trading Cards, picked up a printing plate with me in mind. 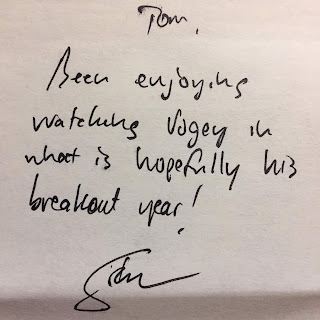 Steve tried to message me on Twitter, but sometimes I miss things I guess. Bob Walk The Plank (AKA Matthew) stepped in and the next thing I know this beauty is in my possession. One of the perks of being known as the "Vogelbach guy" AND belonging to such a great baseball card collecting community! 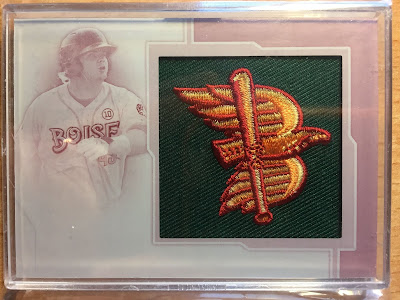 My goodness. So much awesomeness on one card! 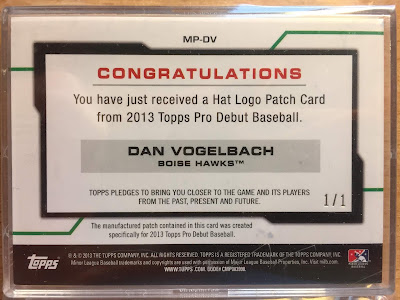