This was my second trade with Beau, of the One Million Cubs Project. The first one was an in-person swap when I was in his neck of the woods visiting family and the latest one was through the mail. Both packed a punch!

If you have some Cubs cards that you'd like to contribute to Beau's quest for one million Cubs cards then you should visit his website or look him up on Twitter. He's a wonderful trader and will take care of you! 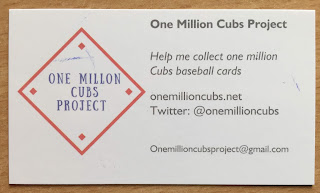 Included in the trade package was a business card. My wife has mentioned on more than one occasion that I should look into getting a business card for my blog. I've made it through eight years of blogging without one . . . maybe it's time?

Alright, onto the package! 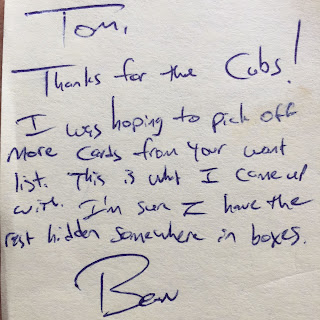 I love the personal touch of a hand-scribed note.

Beau did plenty of damage to my want lists. Let's start with the newest set and work our way back. 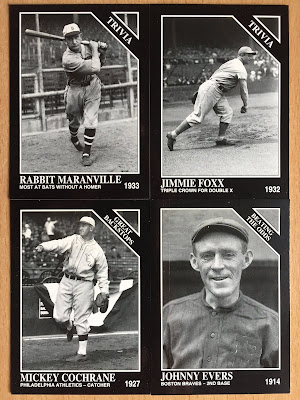 Thirty-four Conlon cards were included in the package and my favorite four are pictured above. All Hall of Famers!  If you think you can help me on my Conlon set build here's a link to my want list. Fifteen different people have gotten me to where I am and now I only need 188 cards from the massive 1,430 card checklist.

Boom. I'm down to needing only two cards for my first hand-collated 1990 Topps set.
For the record, I'm missing #200-Don Mattingly and #347-Junior Felix. That's an odd pairing of players.

A healthy dose of 1988 Topps with lots of stars including Ripken, McGwire and Bonds. 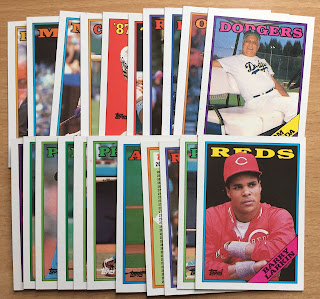 Only eight more to go to finish off this set.

I'm making some progress on my 1979 Topps set build as well. I still need thirty-seven more, including Nolan Ryan, Thurman Munson and the Pedro Guerrero prospects card. My goal is to have a complete run of Topps sets since I was born until I first stopped collecting as a kid, which would be 1978-1992. 1981 and 1982 are on-deck and in-the-hole, respectively. 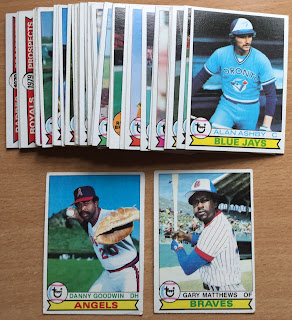 I singled out the Gary Matthews card, because Sarge is one of my favorite Cubs from the 80's. Danny Goodwin? He's a P-town guy and the only player to be drafted #1 overall twice in the history of the amateur draft. 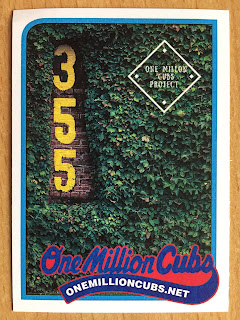 Part of me wonders if printing a million of these bad boys off has ever crossed Beau's mind. I guess that would kind of be bending the rules a bit to get to 1,000,000 Cubs cards. LOL