Welcome to Page 13. We start off this week with a couple of TCMA cards of players from the 1800s, and we finish strong with one of the best baseball players of all-time, a beautiful card from 1983 Donruss and a nice colorized Colon. 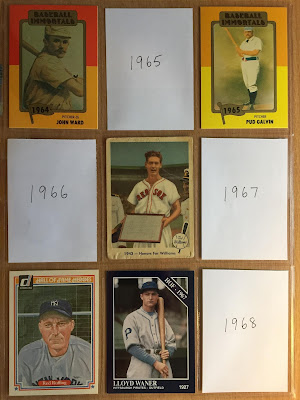 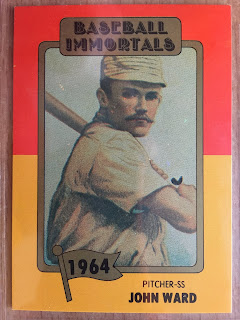 John Montgomery Ward was the youngest player in the National League in 1878 at 18. Three years prior he played on Penn State University's first baseball team and was given credit for inventing the curveball. With the Providence Grays he started out as a pitcher, which was a role he excelled at for seven seasons with a 164-103 record and 2.10 ERA. Later he switched over to a middle infielder and in 1887 he hit 0.338 and stole a league leading 111 bases. He was also a player/manager for seven years and had a career winning percentage of 0.563. If you want to read a fun player biography and have ten minutes to kill then I suggest you grab your favorite beverage of choice and click here. 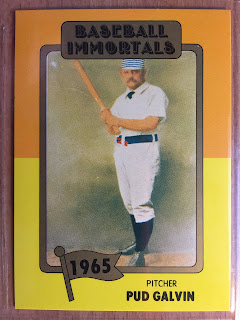 Pud Galvin pitched his entire career in the 19th century for teams like the Buffalo Bisons, the Pittsburgh Alleghenys, the Pittsburgh Burghers and the St. Louis Browns. He was a horse on the mound and averaged well over 500 innings pitched each of his first six full seasons. Galvin finished his career with a record of 365-310 and an ERA of 2.85 during the Dead Ball Era. 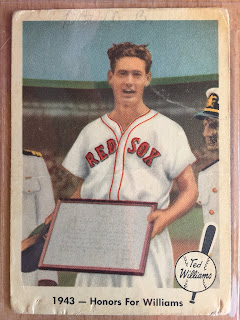 Ted Williams had just won his first of two Triple Crowns at age 23 when he was drafted into the military. The Splendid Splinter finished his career with 2,654 hits, but surely would have have amassed more than enough to join the 3,000 hit club had his career not been interrupted. He was a nineteen time All-Star and his baseballreference.com page has so many numbers in bold font that you almost have to wonder if he didn't lead the AL in everything during the prime of his career. 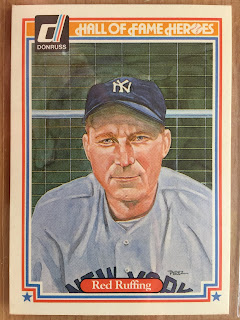 Red Ruffing suffered through a tough period in Red Sox history where the owners were selling off its stars to help ends meet. Eventually, Ruffing was sold to the Yankees and that's when his career took off. He had a 4.61 ERA and .289 winning percentage with Boston, but those numbers drastically improved with the Yankees: 3.47 and .651, respectively. He finished his career with 273 wins and surely would have made the magical 300 mark had he not been drafted into WWII and missed three seasons or had he started his career with some other team than Boston, which averaged 101 losses during his first five full seasons. Overall, he was a six time All-Star, a six time World Series Champion and at one point he was the second highest paid Yankee on team stacked with stars. 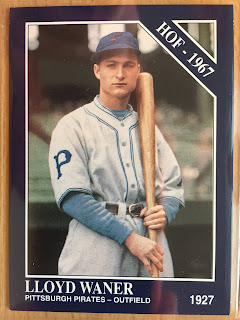 Lloyd Waner, a career 0.316 hitter, spent seventeen of his eighteen year career roaming the outfield for the Pirates. Lloyd, known as "Little Poison", spent the majority of his career playing alongside his older brother Paul "Big Poison" Waner, who I wrote about on Page 8. Lloyd was actually an inch taller and a couple of pounds heavier than Paul. Go figure. Baseball nicknames are sometimes a little goofy.

My favorite card from this grouping is the 1959 Fleer Ted Williams. A card show dealer had a bunch of different Williams cards in a box for cheap and I was able to pick out the one I thought would best fit my binder project. It's a bit banged up, but that just adds more character! Also deserving of a mention is the colorized Conlon of Little Poison, which almost takes you back 90 years. Doesn't it?  Good stuff.