New Record for a PWE

JediJeff, from 2 by 3 Heroes, and I like to swap PWEs from time-to-time, but his latest was quite a spectacular feat. He managed to stuff twenty-five cards into one plain white envelope, and more impressively they all came out as though they were pack fresh. Twenty-five!  Isn't that insane?
I'm not going to show you all of them, because that would be overkill, but here are the highlights: 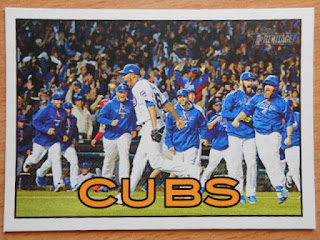 I love the team cards and their celebration shots, yet the bat flip card is pretty cool. 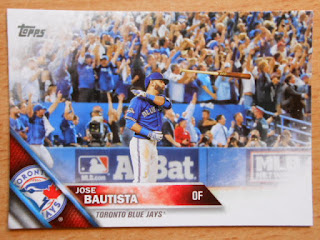 Jeff is right, everyone needs that bat flip card in their collection.

The next card is a dupe, but I place all Cubs stickers and Wrigley Field cards in the first page of my Cubs binders. This one will find a home for sure! 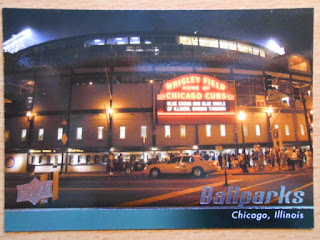 1984 Topps rub downs!  Three of the four players have ties to the northside of Chicago.  Nice! 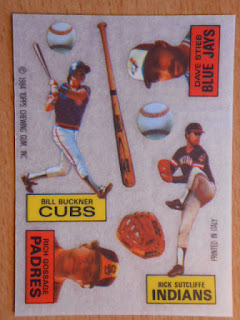 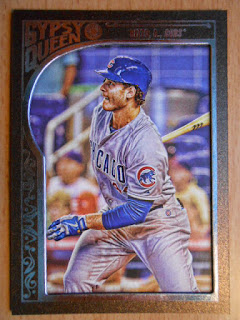 The Rizzo Gypsy Queen card is one of the framed jobs. It's a first for my collection.  Oh, and if you haven't seen the new Bryzzo commercial by MLB, then do yourself a favor and kill thirty seconds!
Brooks Kieschnick! This is the foil signature version.  Nice! 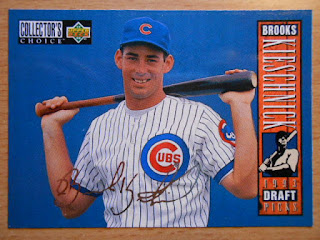 More 2016 Cubs! Outside of my Marketside Pizza purchase, I haven't bought any 2016 product to date, yet the Cubs cards keep rolling in.  The members of the blogosphere certainly know how to help a guy out! 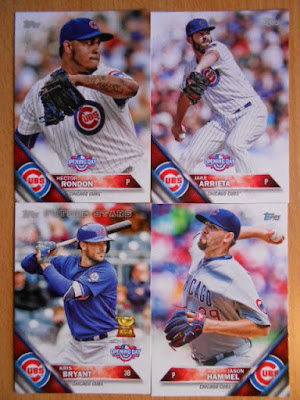 That seals it.  I'm not buying any Wacky Packages.  Initially, I thought about collecting the set, but now I have the two Cubs cards and I'm moving on without a second thought.   Thanks, Jeff! 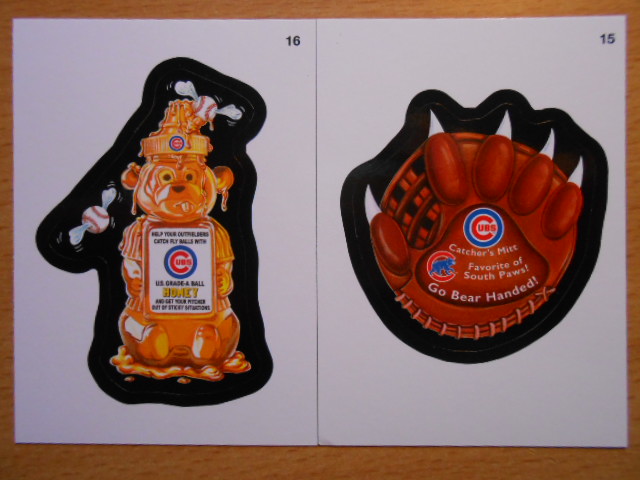 2016 Heritage!  I'm still waiting for Schwarber to have a nickname that sticks.  Some have called him Hulk, while others combine his name with Arnold Schwarzenegger.  I'll pass on both. 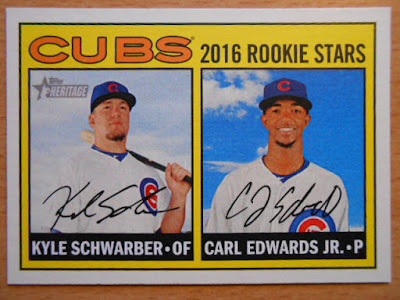 Jake Arrieta and his "I'm a lumberjack and I'm okay" beard. 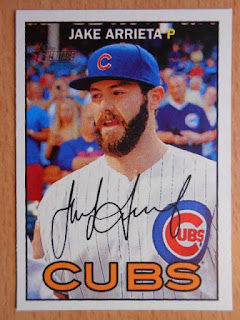 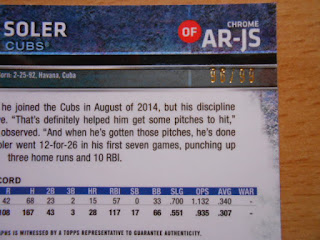 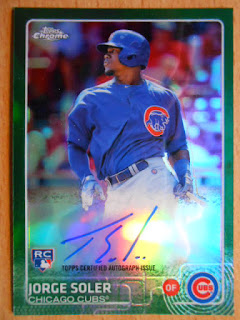 Lastly, I'll finish up with a green parallel autograph card numbered to 99 of Jorge Soler. Many are down on Soler and his prospects, especially since he is being squeezed out of a consistent starting job, but I'm not one of them.  This is a beautiful card and one that fills a large hole in my autograph collection.

Thanks for the great assortment of cards, Jeff!  I just a sent a PWFRB your way yesterday.  There were some oversized cards that wouldn't fit in a PWE, so a plain-white-flat-rate-box was the next best option.  Keep an eye out!