It's that time of year. You know what I'm talking about. Major League rosters are shuttling players back-and-forth along the AAA shuttle, there are 40-man roster moves, and guys are hitting the Disable List like it's a new fad.

In the world of fantasy baseball sitting pat can be the worst thing for your team. Jump on the waiver wire and snag Trevor Story or Tyler White. They may be a flash in the pan, but man is that pan hot right now! And who knows, they could actually be starting the beginnings of a good baseball career. Make those roster moves now, and they could pay off huge later in the season.

Wrigley Roster Jenga seems to have all of the Cubs moves down, and I do mean ALL. Tony has a finger on the pulse of the Cubs all-time roster, which means he and I have a bunch in common. We also have cardboard in common, and recently he shared some with me through a PWE.

Let's take a look, shall we? 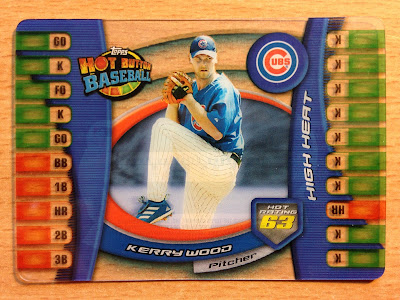 It's an acetate card of Kerry Wood for a baseball game produced by Topps back in 2005. What an excellent addition to my Wood player collection, which now stands at 457 different cards. 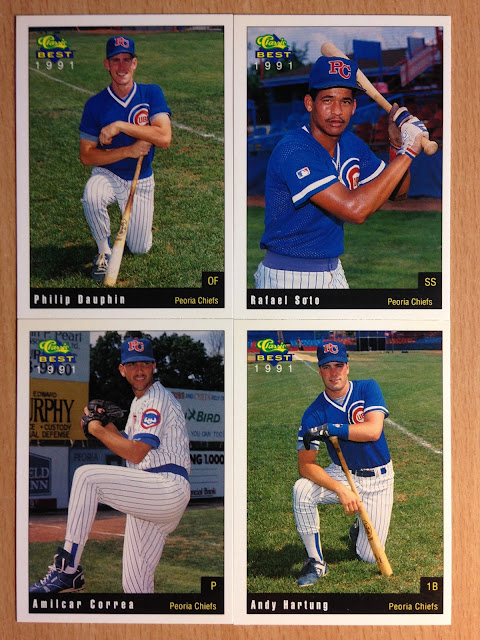 I was in my junk wax collecting glory days when this set came out, but some how all of these are new to me. Only one player made it to The Show from the 1991 Peoria Chiefs, two if you count the rehabbing Rick Sutcliffe. Phil Dauphin had the best year of his minor league career with these Chiefs, and he played twenty-eight games at AAA, but that's where his career stalled out. Rafael Soto and Andy Hartung hit 0.202 and 0.218 respectively, for the Low-A Chiefs.  That's not a good sign. Amilcar Correa had some decent numbers, but I think his career was derailed due to an arm injury. 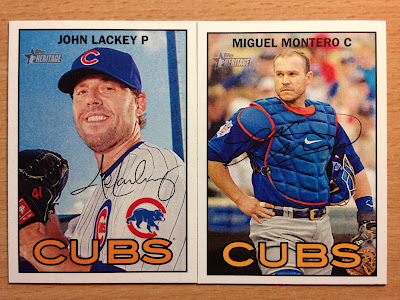 Heritage!  Woot! I still haven't bough a pack of Flagship or Heritage this year!  Or... 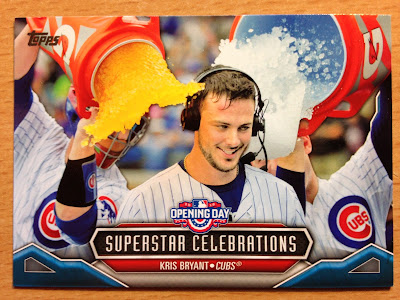 Opening Day.  That's me, pack free since 2015 (unless you count that moment of weakness with the Marketside Pizza). For the record, I think the Gatorade looks too Photoshopped to be real. 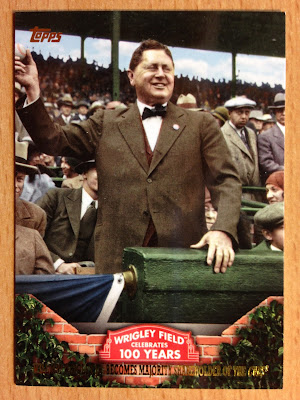 I'm still working on the 100 Years of Wrigley Field set, and any addition is a good addition. 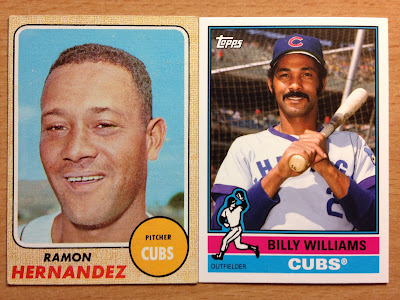