Didn't Nail It First Time Out

Wrigley Wax posted his pack of Marketside Topps pizza cards yesterday and showed off his Kris Bryant card.  I was more than jealous so I hit up the Wal-Mart yesterday morning on the way to baseball practice and found they had five such pizza boxes in stock.  Could I be as lucky as WW? 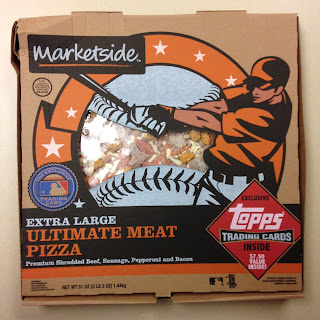 In short, no. I kind of regret the purchase now. As a household we try to avoid going to Wally World, because we like to support small and local businesses.  But, I love pizza and I'm a sucker for food issue baseball cards so my curiosity won out. 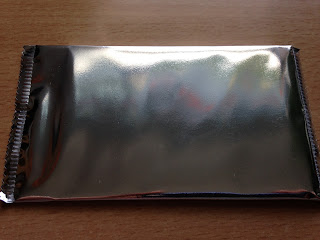 This was the first pack I have opened in 2016 and I was not happy with the cards I drew.  All three of them are going out to #SuperTraders and the coupons will be saved for a contest in the near future. 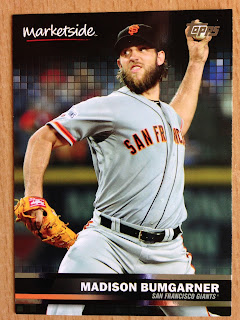 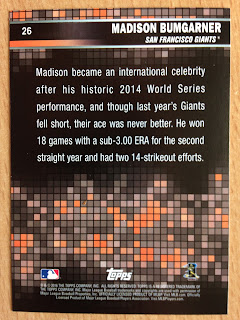 Madison Bumgarner isn't a bad pull, but I owe GCRL some Dodgers. I'm pretty sure the Giants are the antithesis of the Dodgers. Heads up Arpsmith, this one is coming your way. 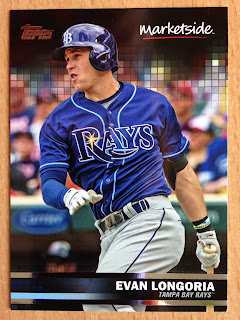 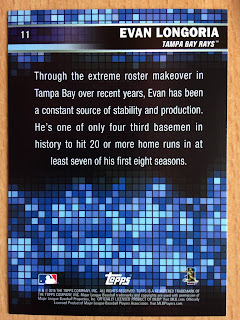 Evan Longoria?  Hmph. The best thing I can say about this card is at least I know where to send my Rays. #Supertraders  Tim B., you will soon be the lucky owner of food issue Evan Longoria card!

Wait, is it too late to ask for a do over?

No one held me hostage and forced me to purchase that pizza, but I still feel cheated.

If only I could turn back time.

I haven't seen a checklist yet, but I'm fairly certain I pulled the only mascot on the checklist.

Everyone, meet Mr. Met.  Mr. Met, this is everyone. Mr. Met will soon be meeting buckstorecards in person. 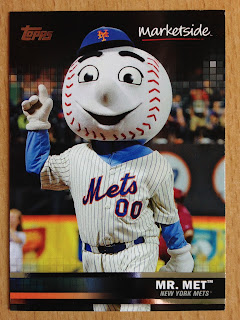 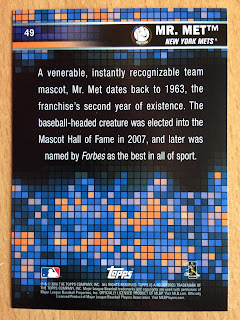 Seriously, how did Mr. Met beet out the Philly Phanatic or that Orbit character from the Astros? My guess is the proximity of Forbes headquarters and Citi Field, which is a mere fifteen miles.

Shoot. Well, enough complaining for this Cub fan. I could have purchased a pack of high end product (like Topps Tribute) and been really mad at myself. Instead I made three other people happy and I get to eat pizza. I guess I'm doing alright.