Yesterday I showed off the contents from my latest Zippy Zappying, save the ten card pack.  Now, it's time to take Mr. Zippy Zappy's latest custom pack and pit it against . . . a 2011 Topps Series 2 pack! 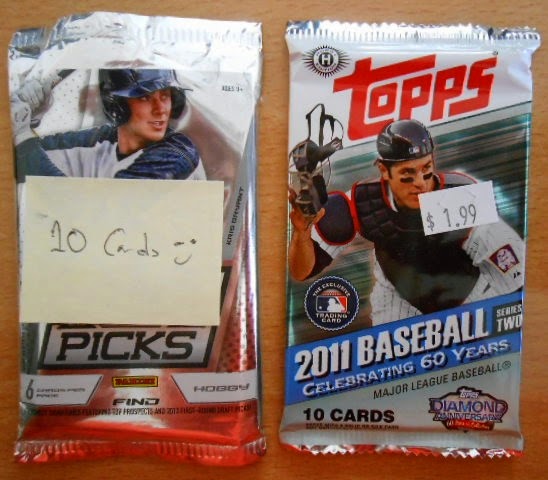 I think Zippy zappy has been striving for a Pack Wars shut-out and he has come close in previous attempts.  Will his fifth attempt pack enough of a wallop?  Let's break in a see! 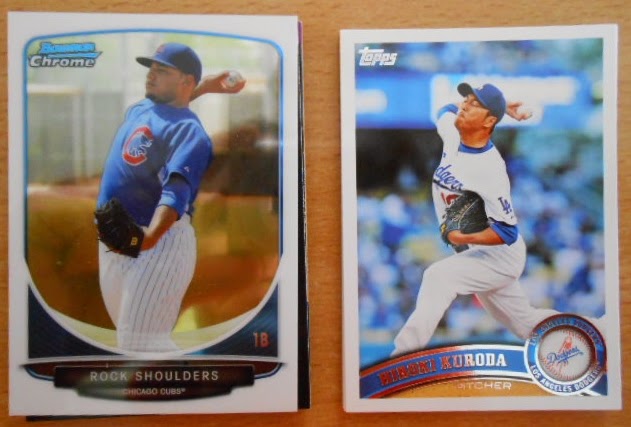 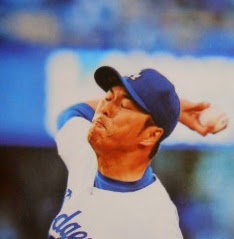 Playing to your judge is never a bad idea, and Mr. Zippy Zappy has done his research as we can see by card #1: ROCK SHOULDERS!!!!  Oddly enough, I believe Big Hirok is a favorite of Zippy Zappy.  I'll give bonus points to Kuroda for throwing a pitch with his eyes closed, but he's going to need more than bonus points to take down ROCK SHOUDLERS!  Did you know ROCK SHOULDERS has a diary?  Yep, it's called the Guiness Book of World Records. 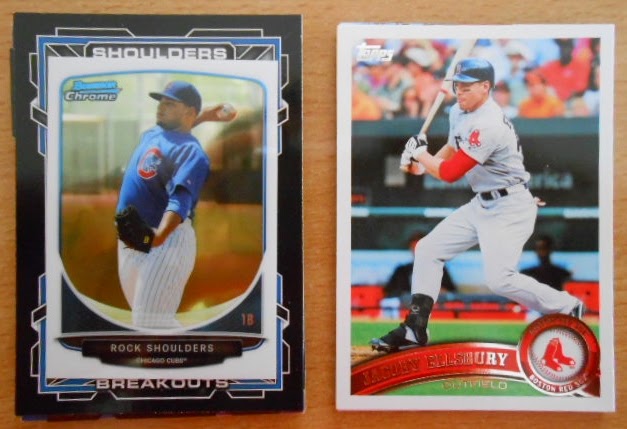 Jacoby Ellsbury is sticking his tongue out because he doesn't like getting matched up with a ROCK SHOULDERS mini.  Who would?  ROCK SHOULDERS is so talented he can do a wheelie on a unicycle. 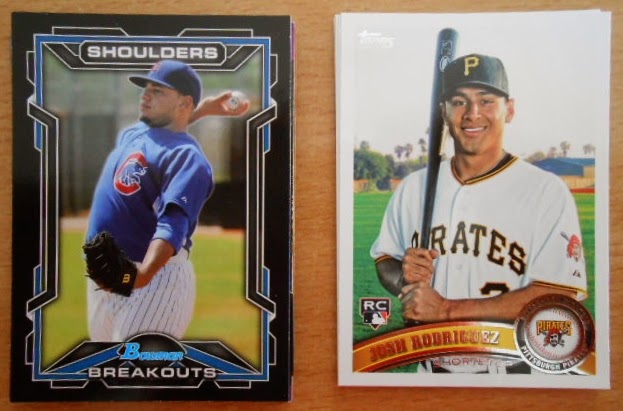 Josh Rodriguez isn't going to pout like Jacoby did in Round #2, he's just going to grin and bear it.  ROCK SHOULDERS is the man! Rumor has it that the sound of thunder is actually created when ROCK SHOULDERS rubs the stubble on his chin. How can ROCK SHOULDERS not win this match up? 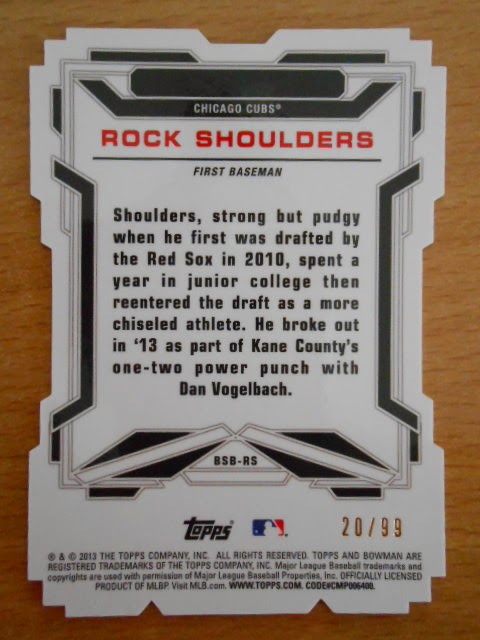 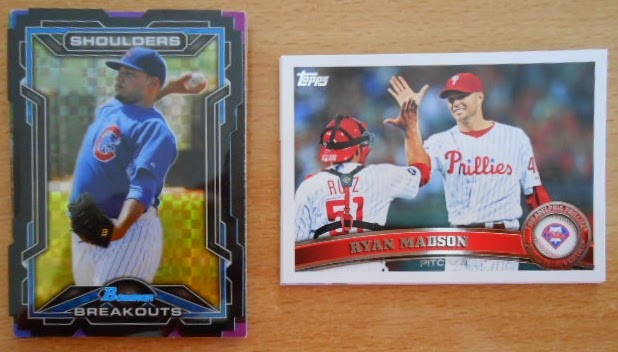 AHHHHHH!  It's an x-fractor die cut numbered to 99 of ROCK SHOULDERS!  I need to get this bad boy in a top loader before it melts through my desk! ROCK SHOULDERS is "part of a one-two power punch with" the Vogelmonster. Well, duh.  Speaking of punches, I heard that ROCK SHOULDERS once gave an uppercut punch to a horse and that's how the giraffe came to be. 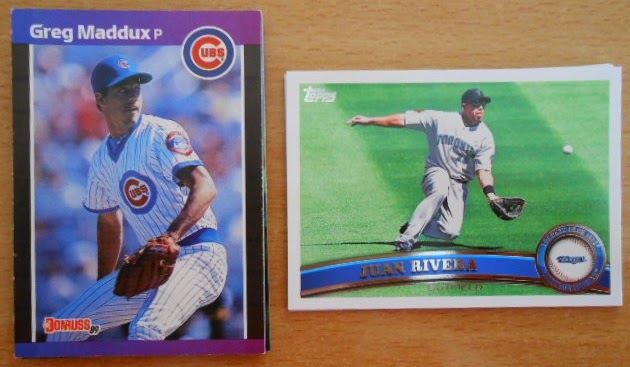 Whew, let's tone it down a notch and take a look at a rookie of Greg Maddux, one of the craftiest pitchers who ever toed the rubber, and Juan Rivera who simply can't hold a candle to The Professor. 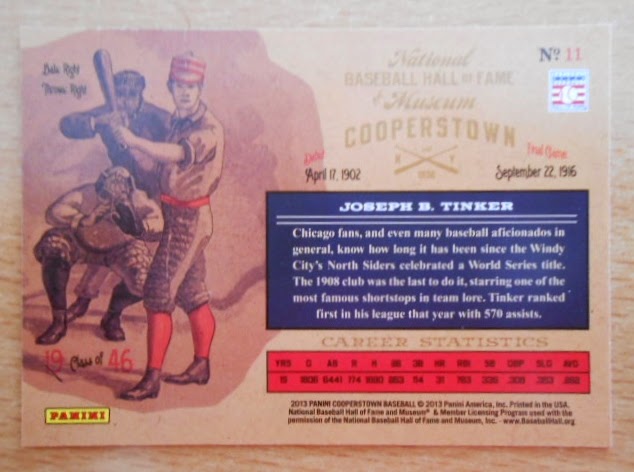 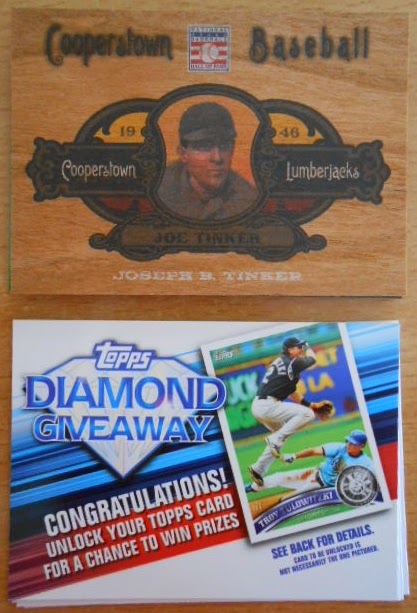 Topps throws out an expired insert to unlock prizes?  Lame.  Meanwhile, all we have here is my first wood card from Panini featuring Hall of Fame member Joe Tinker.  This card is about as bad a$$ as a baseball card can actually get.  The front actually feels like wood.  Crazy!  Another point to Zippy Zappy! 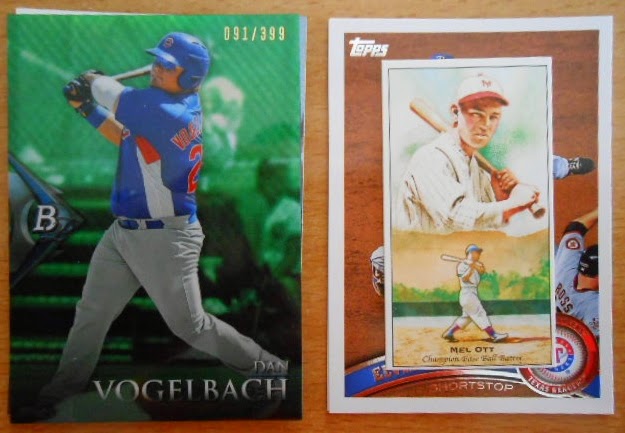 The aforementioned Vogelmonster makes an appearance!  Woo-Hoo!  I really like the Kimball Champions minis, but we're talking about a green parallel of the Vogelmonster numbered to 399.  This is my 19th unique Volgelmonster card, which means I get to add a new page to the binder!  Sorry, Mel Ott, you didn't have a fighting chance. 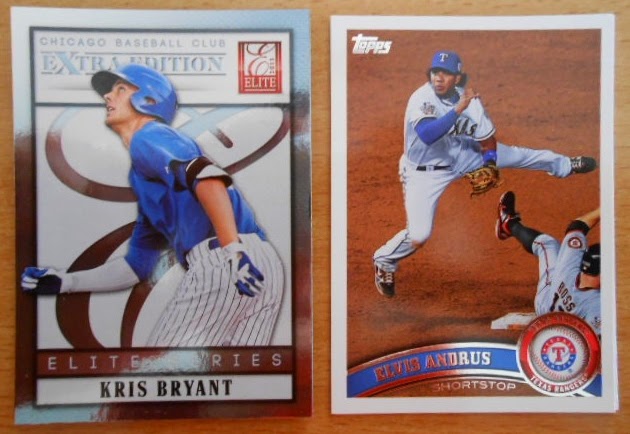 I know there are a few bloggers out there who would award a point to Topps because of the nice double-dip shot at second base.  Yes, I agree, it's a nice shot . . . and Elvis Andrus is one of my favorite shortstops, but mostly because of the way he tortures Adrian Beltre.  But, Kris Bryant is a beast.  End. Of. Story. 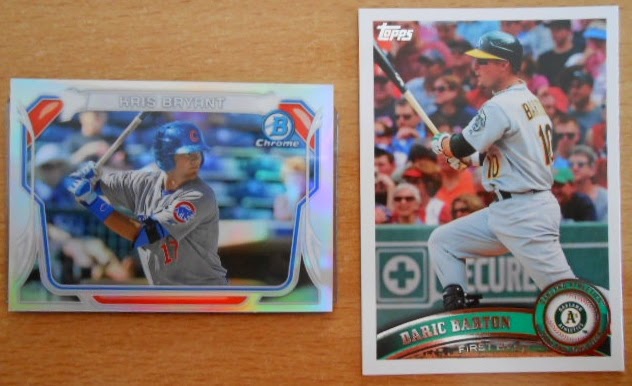 Daric Barton actually played in Peoria as a catcher for the Chiefs back when they were affiliated with the Cardinals  in 2004. He owned the Midwest League that year as he sported a 0.956 OPS.  Kris Bryant? Um, yeah. He owned minor league baseball last year, as evident by Baseball America naming him player of the year in 2014. Besides, it's a horizontal card AND a mini!  I don't want to jinx it, but Zippy Zappy is one round away from capturing his coveted shut-out!

And here is the last cards from their respective packs... 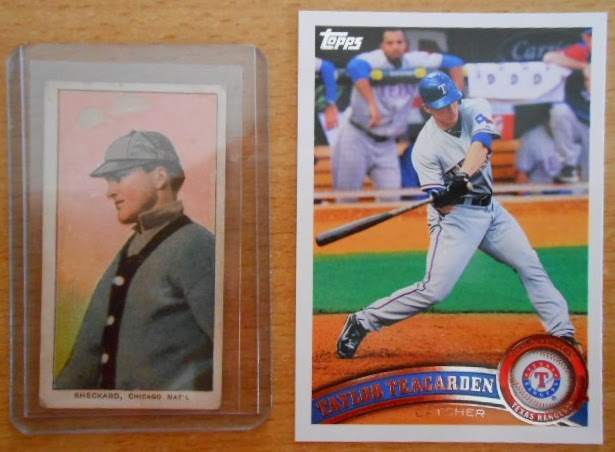 Taylor Teagarden?  Yes, I've heard of you.  Sheckard?  Sheckard who?  Is he like Prince or Madonna and he just goes by the one name?  I've never seen a mini penny sleeve or a mini top loader before.  This is very interesting.  . . . (flips over the card) . . .  (nearly falls out of desk chair) . . . 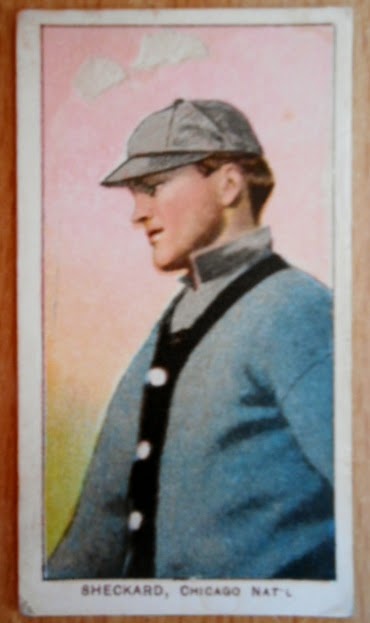 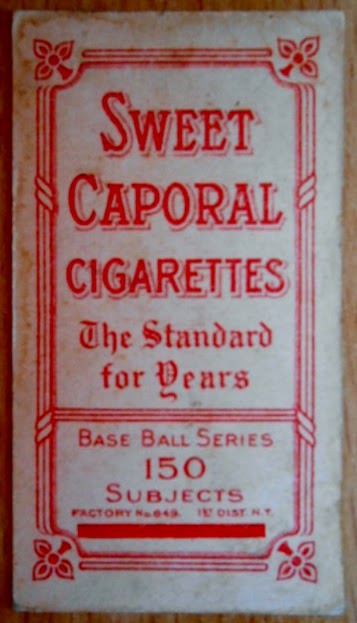 Holy cow!  This is one of those tobacco cards I read about in Mint Condition!  It's a T206 and over one hundred years old!  My first one!  Jimmy Sheckard was a starting outfielder for the Cubs on the World Series Champion teams of 1907 and 1908.  Woo-Hoo!  Taylor, you can go play in your Tea Garden all you want, because you aren't winning this round.

Oh, Zippy Zappy, that was one high-end pack! You'll be at the top of my shopping list for some while!  Thank you so much!

Thanks for stopping by today, and have a safe and Happy New Year!