A week ago this came across my computer screen and it just soured my whole day: 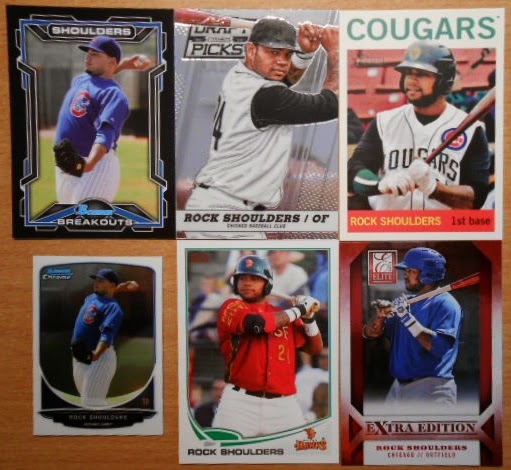 ROCK SHOULDERS can cook Minute Rice in 58 seconds AND he was one of my "player collection" guys. 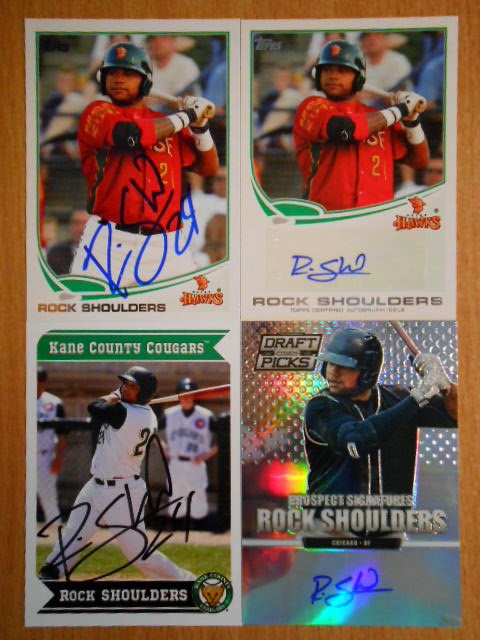 I was fortunate enough to meet ROCK SHOULDERS twice in person while he played for Kane County.  Both times he was very generous with his time and more than willing to meet with and sign for fans.  The two autos on the left were in-person autos, while the Draft Picks was a Zippy Zappying and the Pro Debut was an eBay find.

I once heard that Spiderman wears ROCK SHOULDERS underwear.  I guess everyone, even Spidey, has to have a hero to look up to.  No?

Collecting future cards of Mr. Shoulders will be a heart-wrenching decision, as his coolness rating has taken a severe hit now that he is no longer a Cub.  Yet, we was (is?) one of my two favorite minor league players along with the Vogelmonster.  What's a baseball card collecting fan to do?  I guess I won't refuse his cards, but I probably won't be actively seeking them out anymore.  At least I don't have to change the name of my blog with this latest transaction.  I'm still not sure how Zippy Zappy is dealing with loss Francisco Cervelli so well.