Seeing as we're so close to the end of the year I have to believe this is the last time I will be Zippy Zapped in the first half of the decade.  Whew! 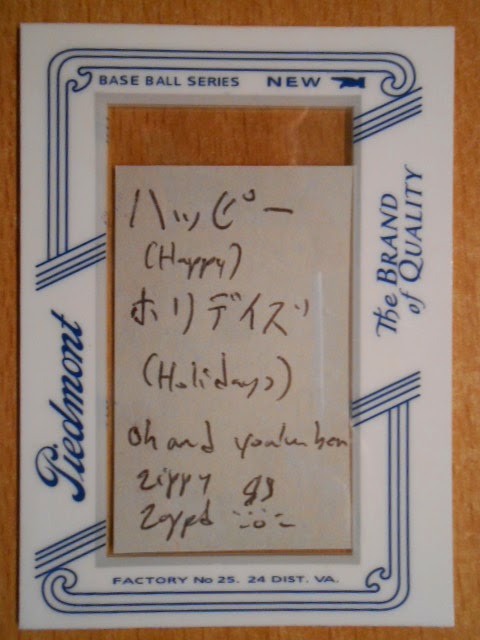 Happy Holidays to you, too, Mr. Zippy Zappy.  But seriously, what is going on here?  This is the second one of these doctored mini frames I've seen on the blogosphere in as many weeks. I'd love to know where the mini is.  Or maybe Zippy Zappy knocked over a Topps truck and scored himself a case of empty mini frames?  I'm not ruling it out.

Booooooo!  I'm not sure how this one got in my picture file, this is not the best way to start off a package.  I am NOT a Milton Bradley fan.  Bleck.

That's better, some Topps cards from my youth, and in the case of Bobby Mucer and Mike Tyson, before my youth! 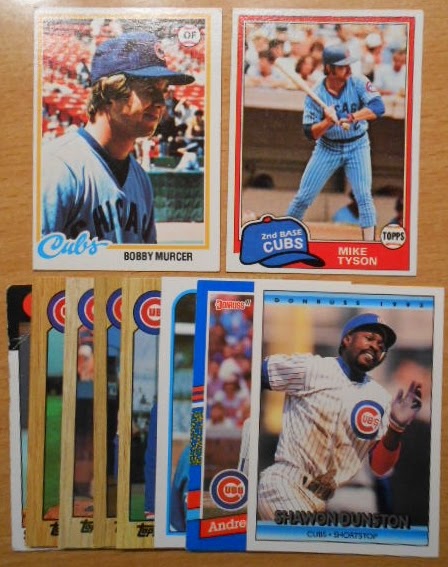 Some minis, a Chris Coghlan, and a quartet of others which will fit nicely into my collection. 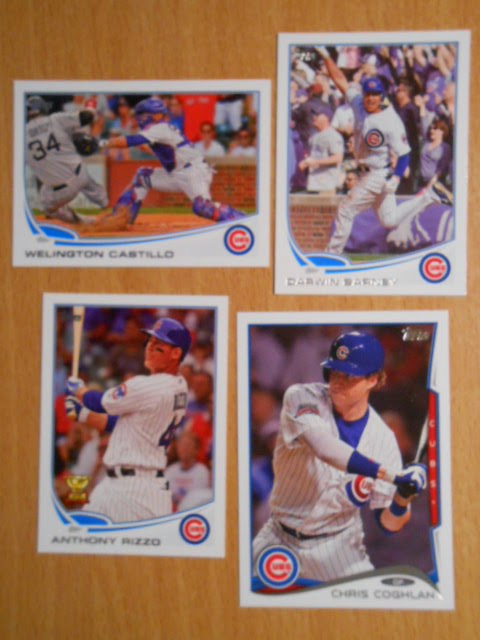 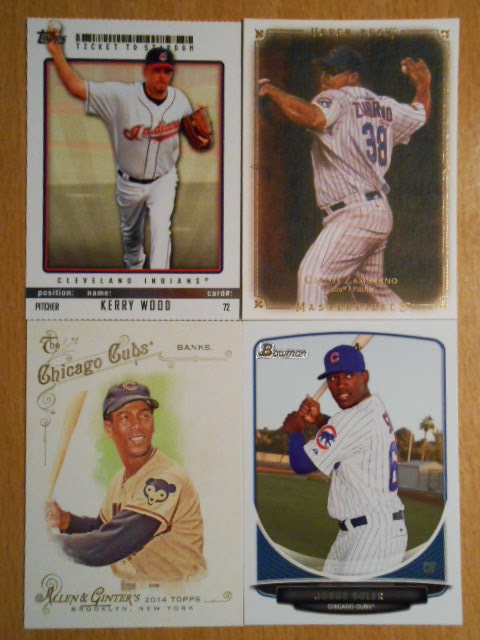 Normally, I don't have use for Indians, but I'll make an exception for Kerry Wood.  Have I mentioned lately how much I love the Upper Deck Masterpieces sets?  And who can refuse Mr. Cub or the possible rookie of the year in 2015?

Zippy Zappy might be the biggest prospector I know within the blogosphere, so I know it was tough for him to part with these baby Cubs, especially Baez, who still can make a name for himself. 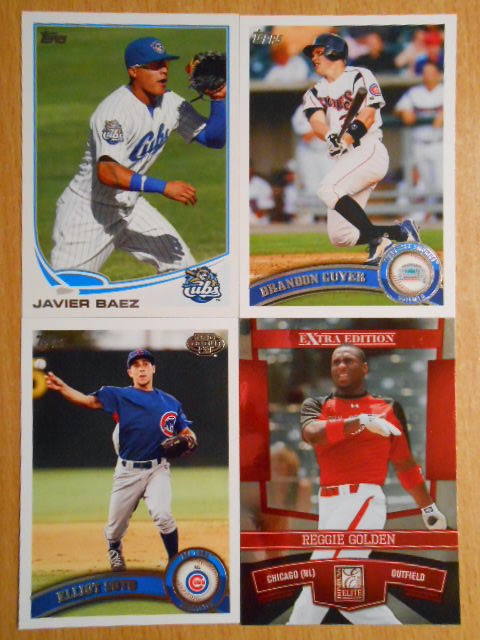 A couple of nice horizontal cards and a VOGELMONSTER! 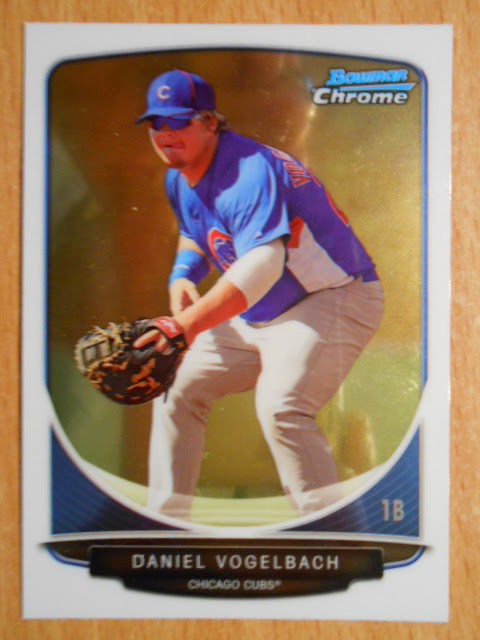 I never used to type the VOGELMONSTER's name in all-caps, but now that ROCK SHOULDERS has moved on to the Texas Rangers I feel the VOGELMONSTER must now carry on the torch.

And lastly, the part of the mailer I'm the most excited about: 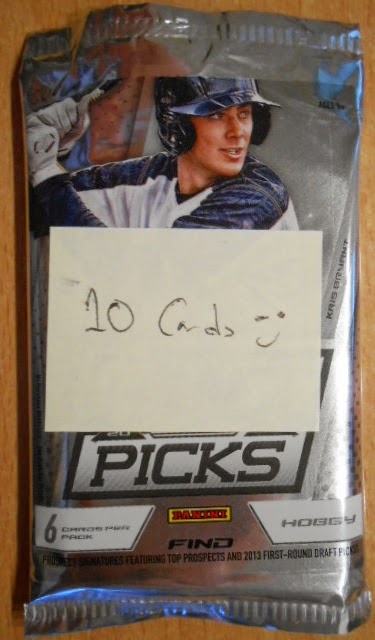 Yep, look forward to another edition of Pack Wars, brought to you in part by your friendly blogger, Zippy Zappy.

Thanks for the package!  I think I have a few Torrens cards which should have found their way to your mail box by now.  Happy Holidays!