It's taken me a bit of time to get this one posted, but if you scroll through you'll definitely see some unique cards.  Jared, from the new-to-me blog named Catching Up With Collecting, contacted me and said he had a stack of cards  and he was glad he found a Cubs fan.

Jared, let me get straight to the point here: I'm glad you found me, too!  All but three of the cards were new to me, and Jared hit on a number of collecting fronts: 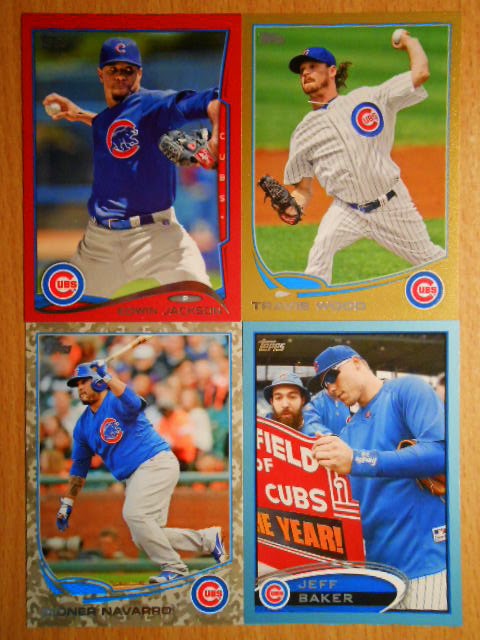 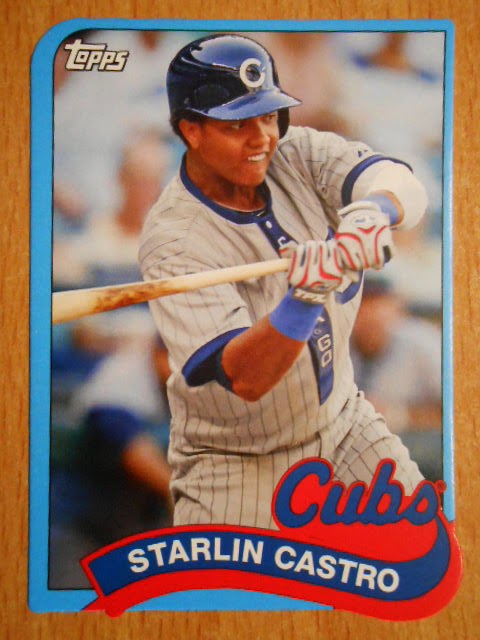 First up, we have some parallels from recent Topps product and a Castro mini die-cut insert.  The Dioner Navarro is my first camouflage parallel and is numbered 68/99. 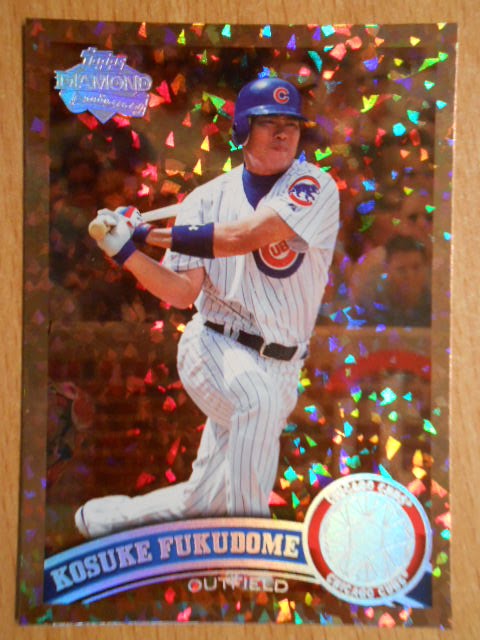 Somehow this 2013 Archives All-Star card of Ryne Sandberg has dodged my collection until now. 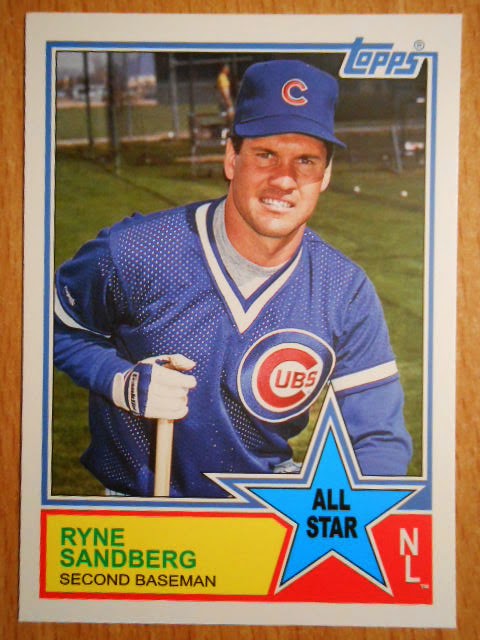 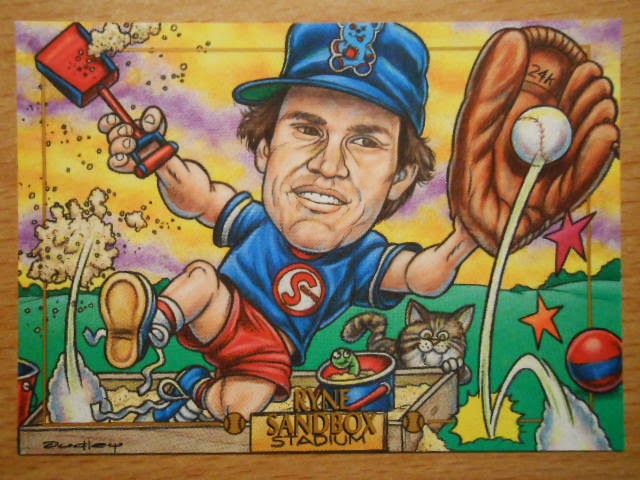 Honestly, the Archives All-Star on the left pretty much wraps up your typical mainstream card brands.  1993 Cardtoons?  Heck yeah!  These came out the year I got of out collecting and I'm sorry I missed them the first time around.  These two Ryno cards put me at 731 cards total, but that's not even the best part.  It's an oddball, it pays attention to detail (notice the 24K in the glove), and it is NOT licensed by MLB or the MLBPA.  Yet, I think Cardtoons really knocked the ball out of the park on this one!  Here's a few more: 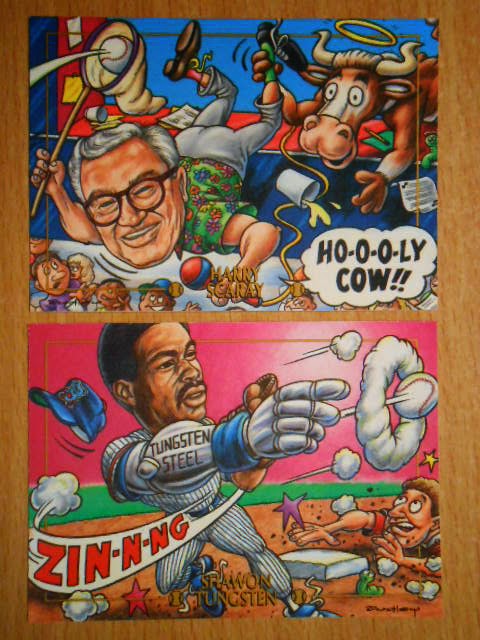 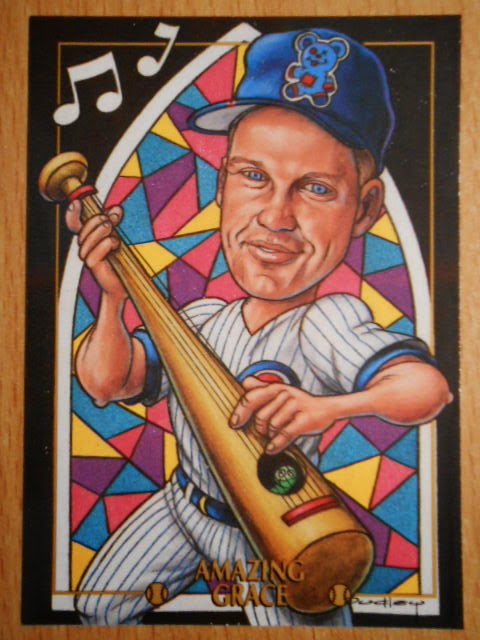 This is my second Harry Caray card this month and check out the arm on Shawon Dunston.  He was always known for having a cannon of an arm.  Fabulous!  The backs?  Check out Amazing Grace's: 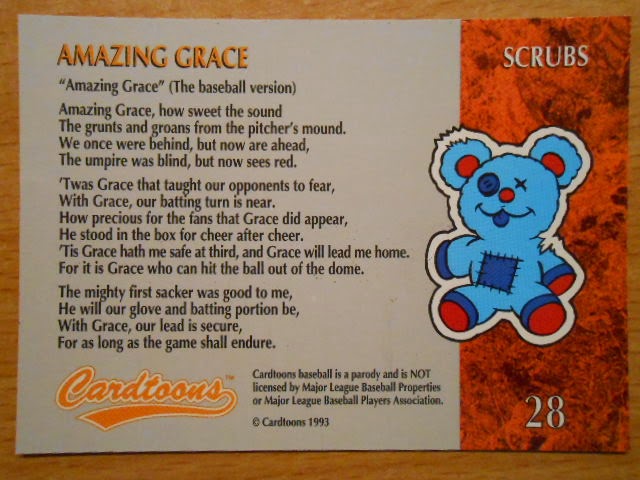 Well, outside of the fact that he apparently plays for the "Scrubs", it's pretty cool.  Again, great attention to detail!  Some individual(s) obviously spent some time, energy, thought, and effort into creating these cards.  Topps, are you paying attention?

Here's one more Cardtoon, and a nice GQ card of Mr. Cub. 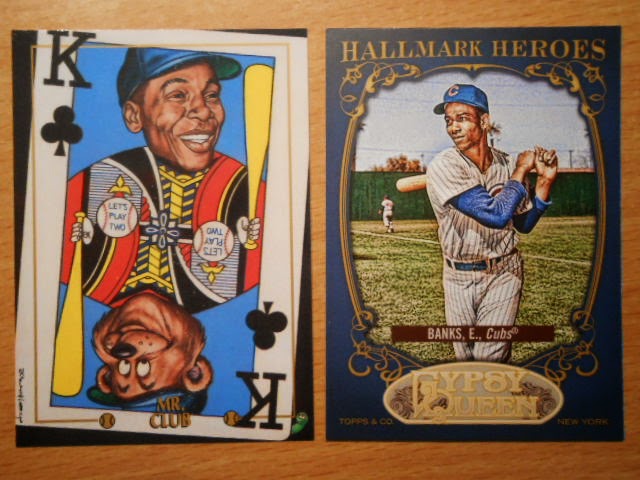 I have three official player collections, and Jared hit on all three. Here are the newest deposits into the Kerry Wood binder, which now stands at 356 cards.  Metal Universe?  Works for me! 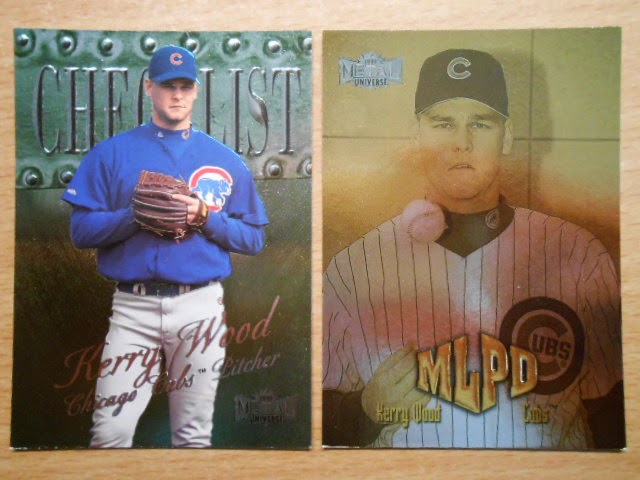 Here are more cards which have evaded my collection during the past couple of decades.  The Ted Williams cards are from 1993 and 1994 and the cards on the right are from 2001 and produced by Upper Deck.  Not only are they glossy and brightly colored, but they feature some of the all-time great Cubs players. 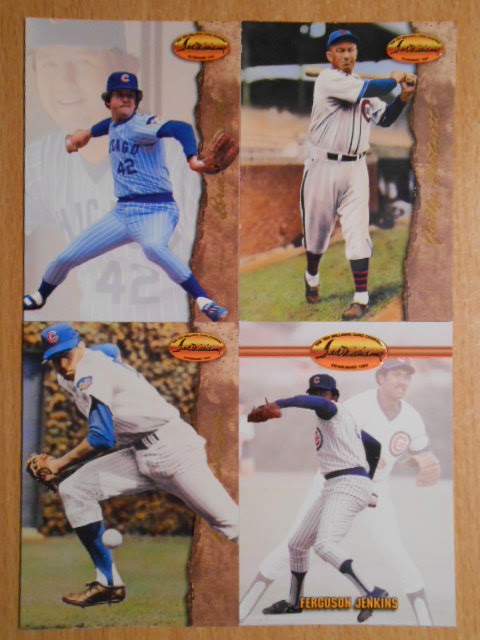 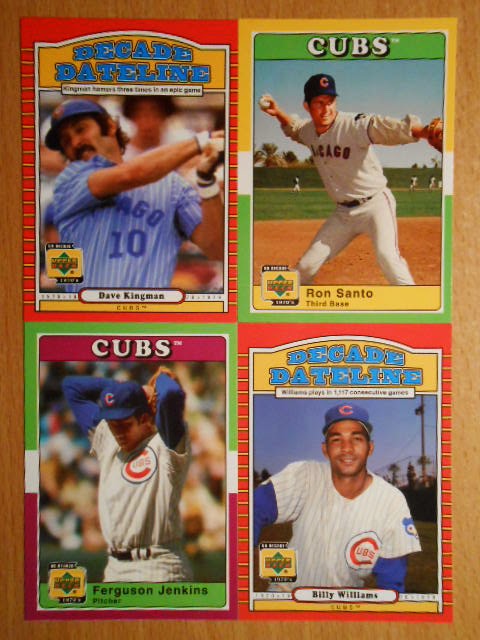 I'm still working on putting together my Cubs FankenSet, but these cards definitely have what it takes to unseat the cards sitting in their respective pockets. 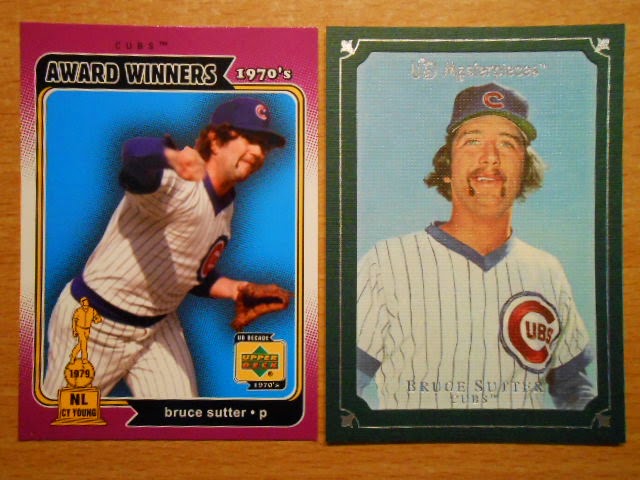 Lastly, here's a couple of Bruce Sutter cards.  UD Masterpieces is one of my favorite runs of sets which has ever been produced.  The cards in hand are beautiful.  I love the mustache, whether in action (left) or posing (right).

Jared, thank you for you generous offering!  What a great assortment of cards in terms of players and sets.  Jared, I dropped something in the mail the other day for you; hopefully it has reached you by now.  Thanks again!