I Shook Hands with an All-Star

There's been plenty of good stuff going on around the blogosphere lately, which is great because there hasn't been any new major card releases as of late and spring training isn't for another three months or so. There are contests, riddles, group breaks, the ever popular Card-vent Calendar, the Better Know a Blogger series, the Twelve Days of Christmas, scratch-n-sniff baseball cards, a good old-fashioned rant, and to top it off the year end count downs are just beginning.

I haven't been able to contribute much to the blogopshere as of late.  You know how it is... life gets in the way.  Yet, I'm officially on winter break, even though I have to coach a little basketball here and there. Last night I kicked off my two week vacation in grand style! 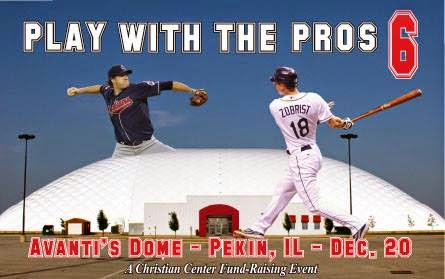 Play with the Pros is fund-raising event for the Christian Center, which supports youth athletics in Peoria. The main event is based around a couple of two-hour baseball clinics instructed by local professional baseball players.

The past two years I have been invited to attend the Play with the Pros event at the Avanti's Dome in Pekin, IL.  Unfortunately, my coaching duties didn't allow for me to participate in the past, but last night was a different story!

I missed the dinner portion of the Meet and Greet, but I was able to watch the impromptu baseball game featuring quite a few locally drafted minor league players and two others whose names most will recognize.

Here's the pitcher for the visiting team, which took an early 3-0 lead: 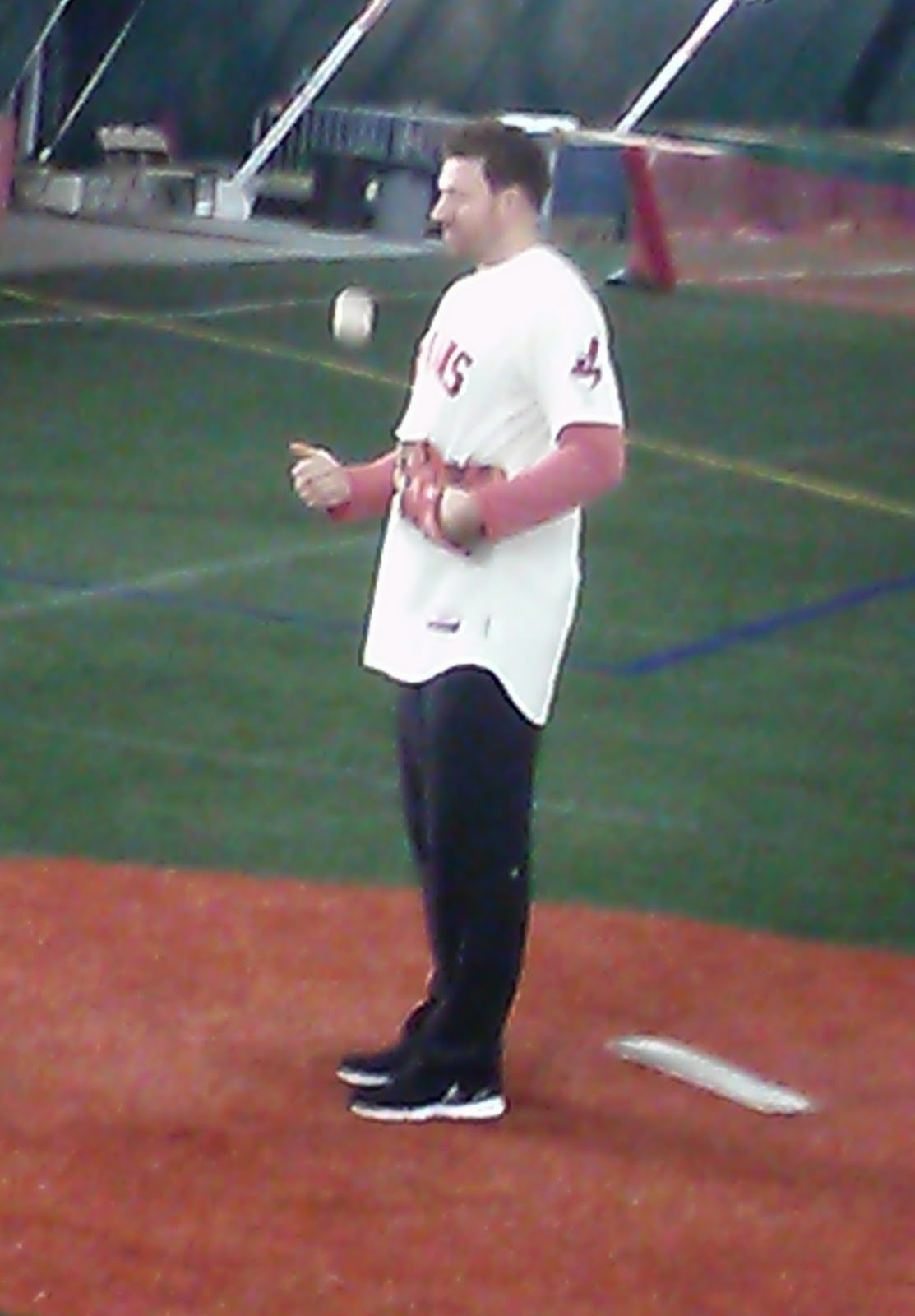 Zach McAllister won a state title with Illinois Valley Central High School in the spring of 2006.  He was told to keep his velocity under 95 during the scrimmage.  He complied with a smile.  Actually, I'm not sure he broke 50mph all night! 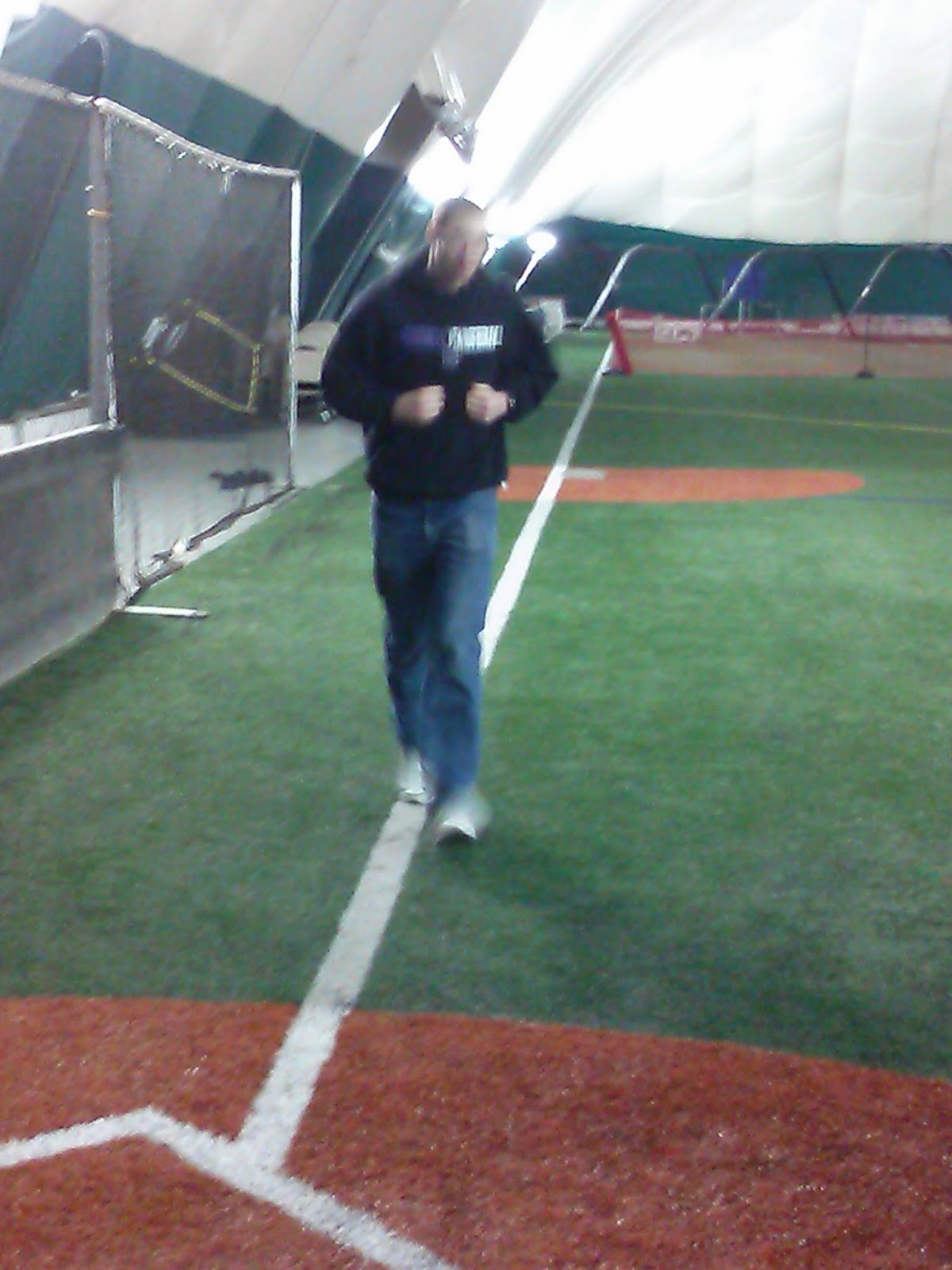 A former calculus student of mine, Karl, who plays baseball at Cornell College, is one of the two individuals who invited me to the Meet and Greet.  Here's Karl trotting toward home plate after he tied the ball game up with a three run homer to dead center field.


I think McAllister grooved one to Karl because this guy was on deck at the time: 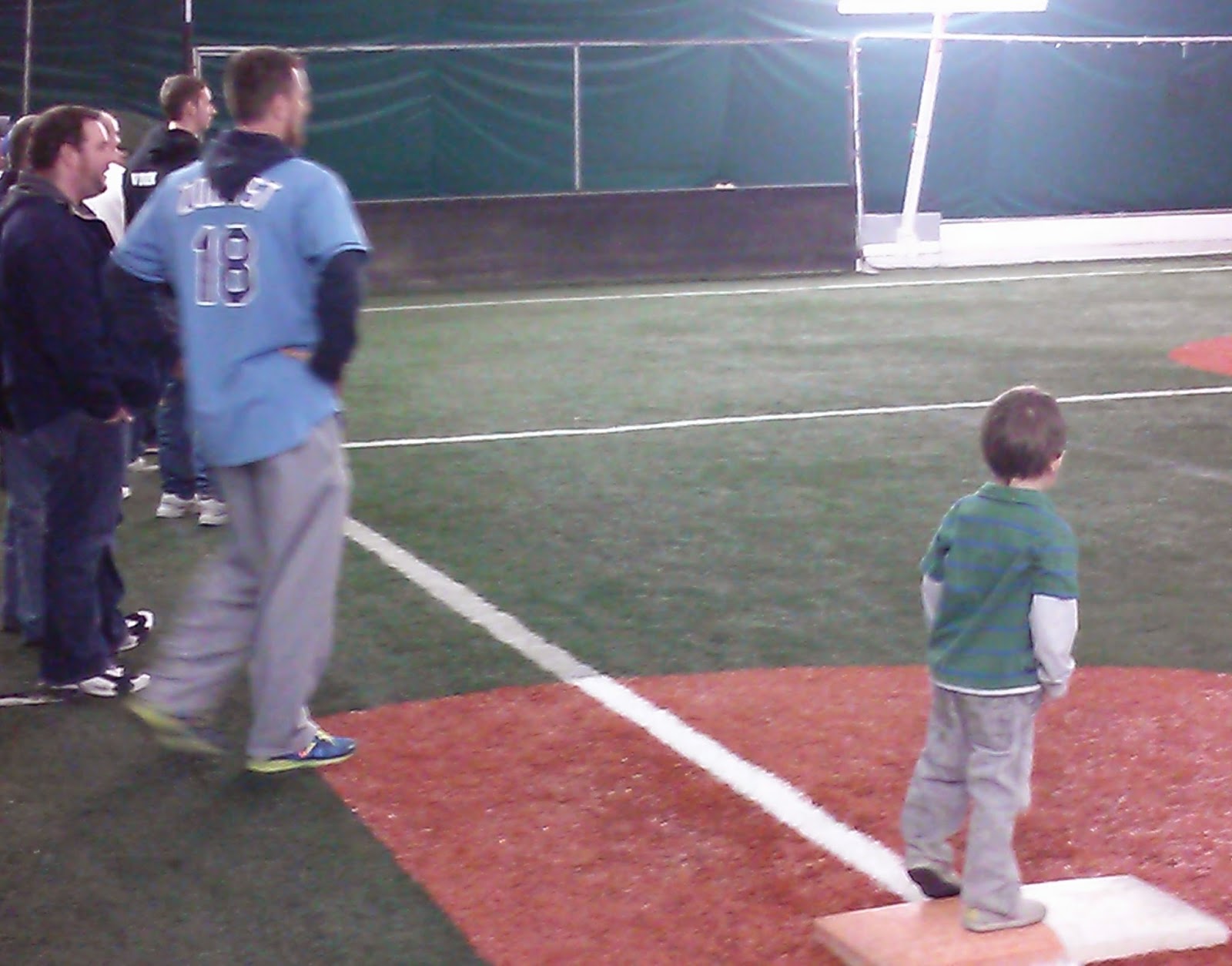 Yep, that's Ben Zobrist, on the left.  He's a Eureka High School product and all around good guy.  The little guy on first base knocked in Ben from third base with a swinging bunt, but he didn't know which way third base was. Pretty hilarious!

Sorry for the fuzziness of the pictures... I'm kicking myself for not bringing anything better than my camera phone.

I couldn't stay for the conclusion, because I wanted to meet my wife for dinner, but I was able to get a picture of Karl, Ben, and myself.  Thanks for taking the picture and extending the invitation to attend, Sally Jo! 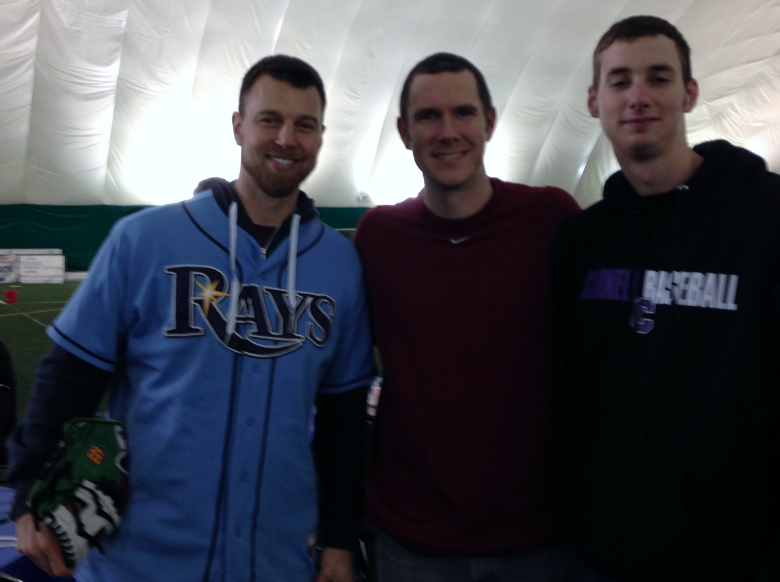 Nope, I didn't get an autograph, but I did shake Ben's hand (twice), and have a quick conversation with him. I also mistakenly introduced myself to him as Karl, who is picture to the right, because I get all tongue-tied when I'm around professional baseball players.  Not the best first impression, but it was still a great way to start my winter break!