Julie, from A Cracked Bat, introduced herself to me last month and we quickly agreed to terms for a trade.  But I've been a procrastinating blogger as of late and her package has been collecting dust on my desk for a about a week or so.  Life gets in the way... blah, blah, blah... you all know how it goes so I will spare you my list of excuses.

Let's move on to the cards!

I think this is my second slabbed card in my collection and my first Ryno!  FYI, because I know everyone is keeping track at home: 1989 Topps was he first set I ever completed.  What a great way to start the package! 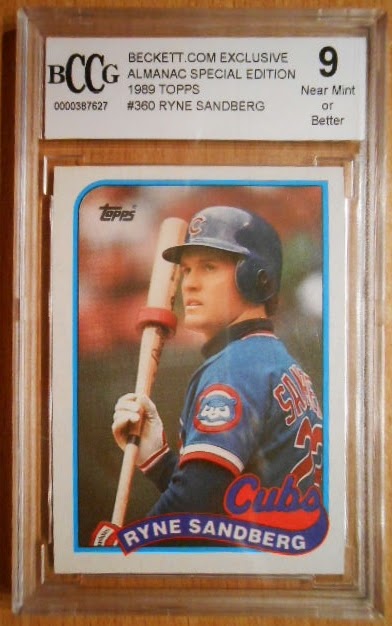 Next up we have some Bowman Chrome inserts in which a Cub is paired with other prospects from the NL Central. Don't the Cubs have enough prospects that they could just make card pairings with Cubs?  Bryant with Baez?  Soler with Almora?  Russell with Edwards?  Sigh... 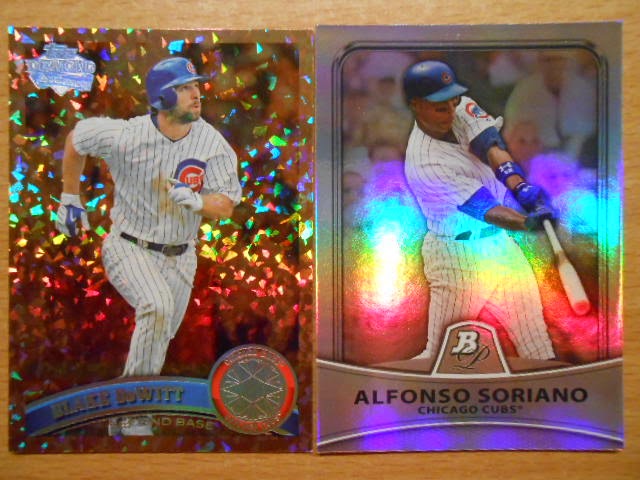 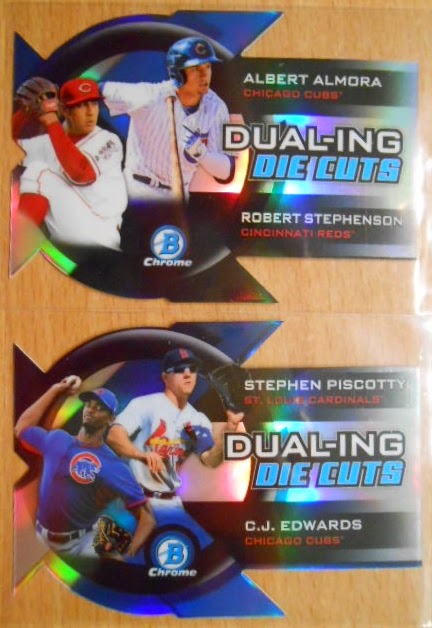 Well, regardless of Stephenson and Piscotty lurking on the cards I think they die-cuts are pretty sharp looking, but I've always been in favor of shiny products!  Speaking of shiny... a Liquorfractor of Blake DeWitt and a nice Bowman Platinum card of Alfonso Soriano.

I think my favorite two cards in the package were from the Panini Cooperstown set. 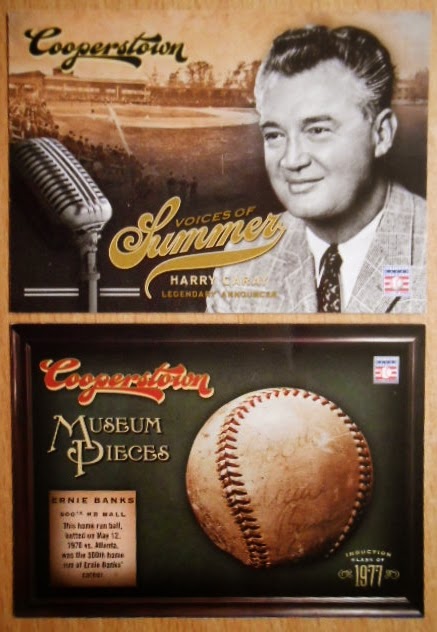 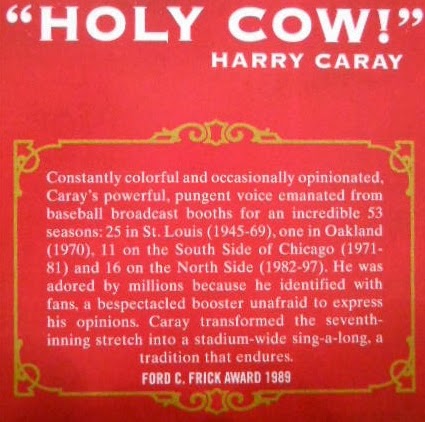 I don't have many Harry Caray cards in my collection.  In fact, I don't think I've ever seen a picture of Harry so young looking.  I grew up knowing Harry with stark white hair and those crazy thick glasses.  I really like the write-up on the back of the card, although I'm not sure I agree with the "pungent voice" part.  Harry was no Vin Scully, but I would prefer the word "distinctive" as a substitute.

The second card is a picture of Ernie Banks 500th home run ball.  I have plenty of Banks' cards in my collection, but this is the first one that features his greatest accomplishment.  Pretty neat in my opinion.

Julie, thank you so much for the cards.  You definitely hit the spot with these great Cubs cards!  I look forward to trading with you in the future!