I've been a little more active on the card front as of late.  When I have a few free moments in the evening I find it relaxing to peruse Ebay and Listia for bargains.  Occasionally I put down a small bid and sometimes I actually win.

The following three cards are of Cubs legends and all of them are Listia finds.

My favorite from the group is this 1961 card from the side of a Post cereal box.  The back is blank, but that's okay because the front says it all.  Stats... position... biographical information... and a sweet picture. 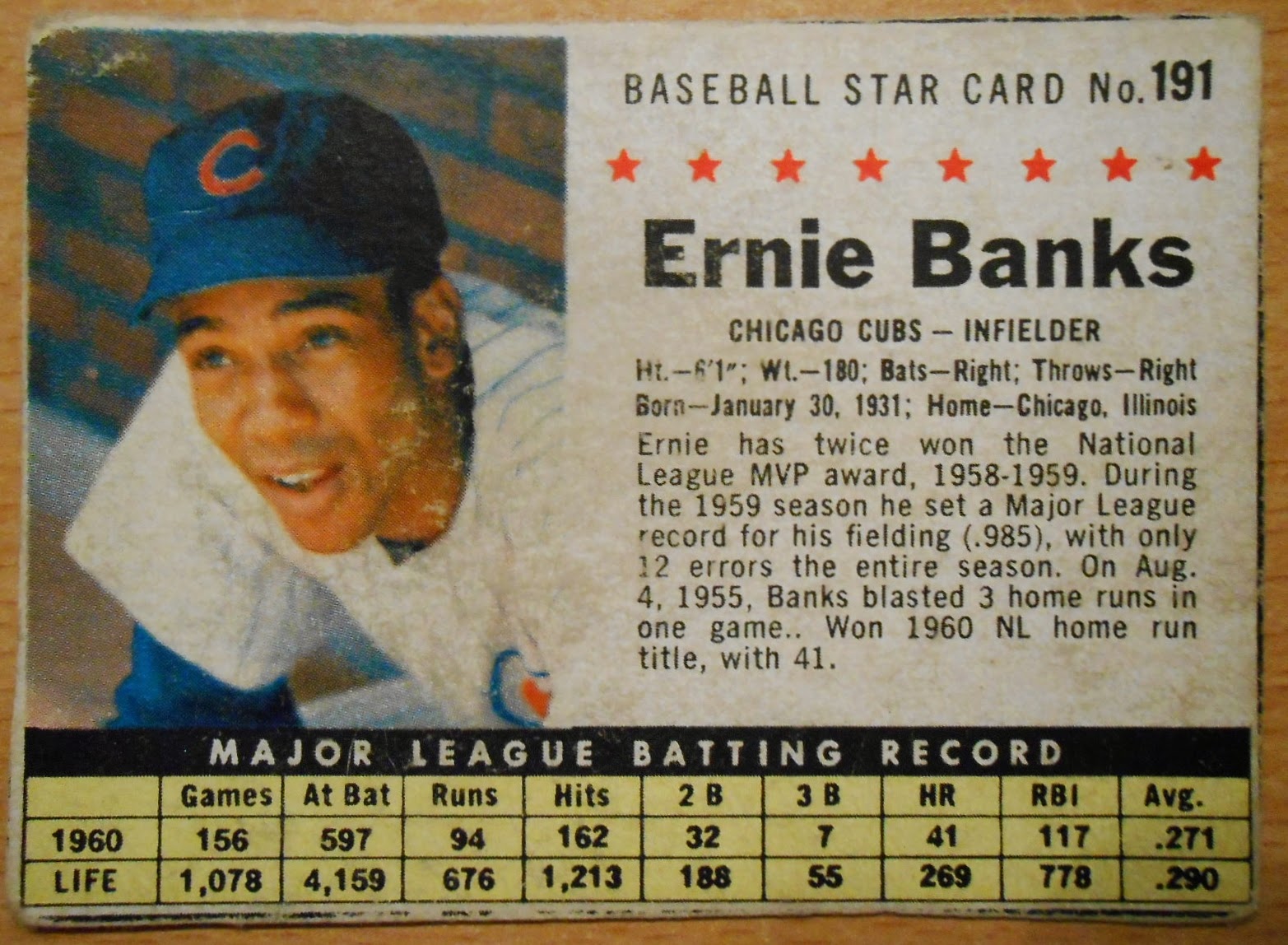 Vintage, glorious vintage!  I love me some fuzzy, rounded corners.  This is only my second vintage Ernie in my collection.  The other is a '59 All-Star card of Mr. Cub, but I don't think it has anything on this one.
Mad Dog! 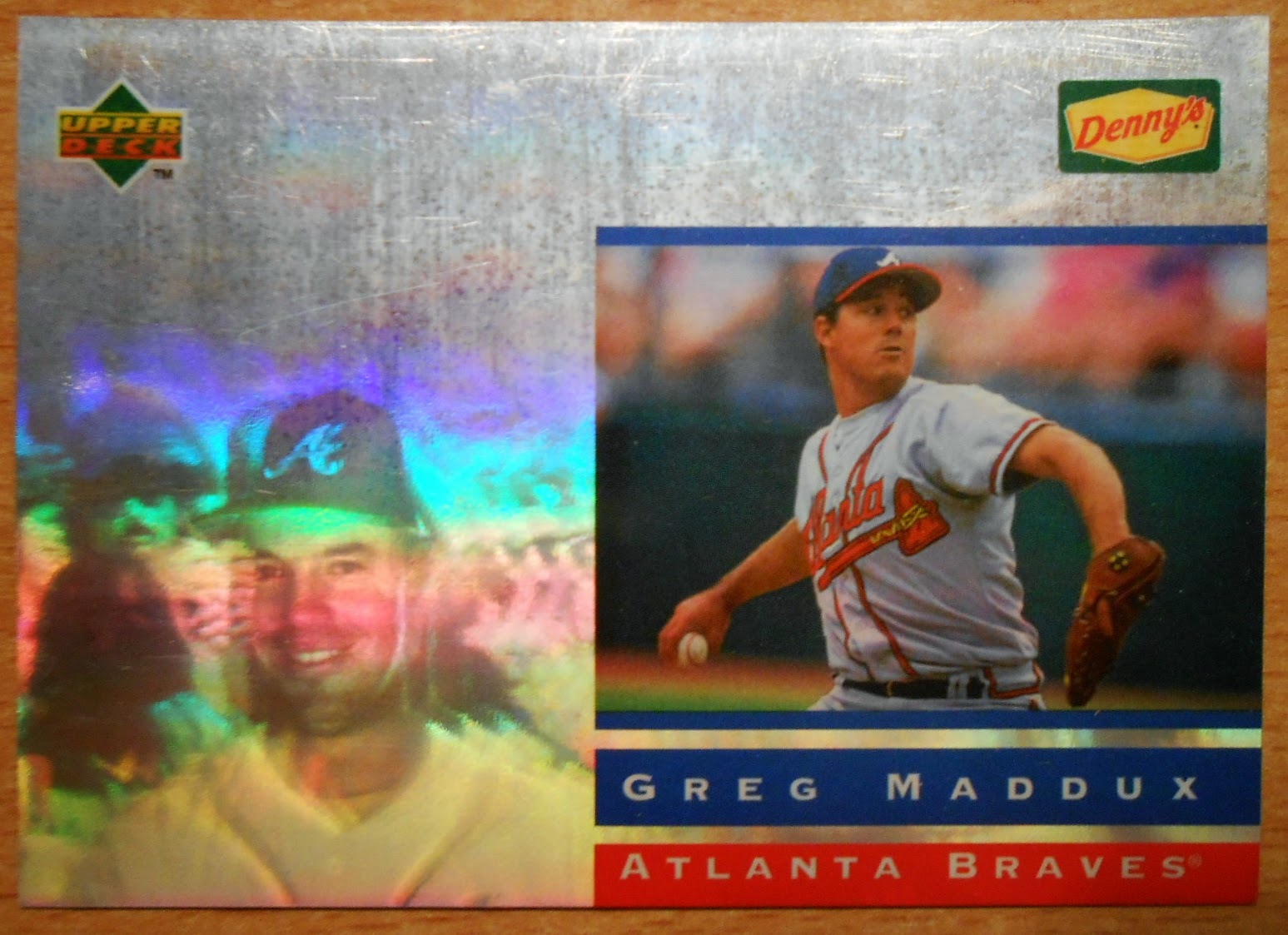 Mmmmm...  Denny's.  I have more than my share of Madux cards in my collection, but this one has Maddux in a some weird Braves costume and is probably ticketed for Jaybarkerfan's Junk.  The man keeps unleashing monstrous card packages on me!  What in the world is a WAMPA anyway?

The next is a seller with whom I'm familiar with: Tom from The Angels, In Order. 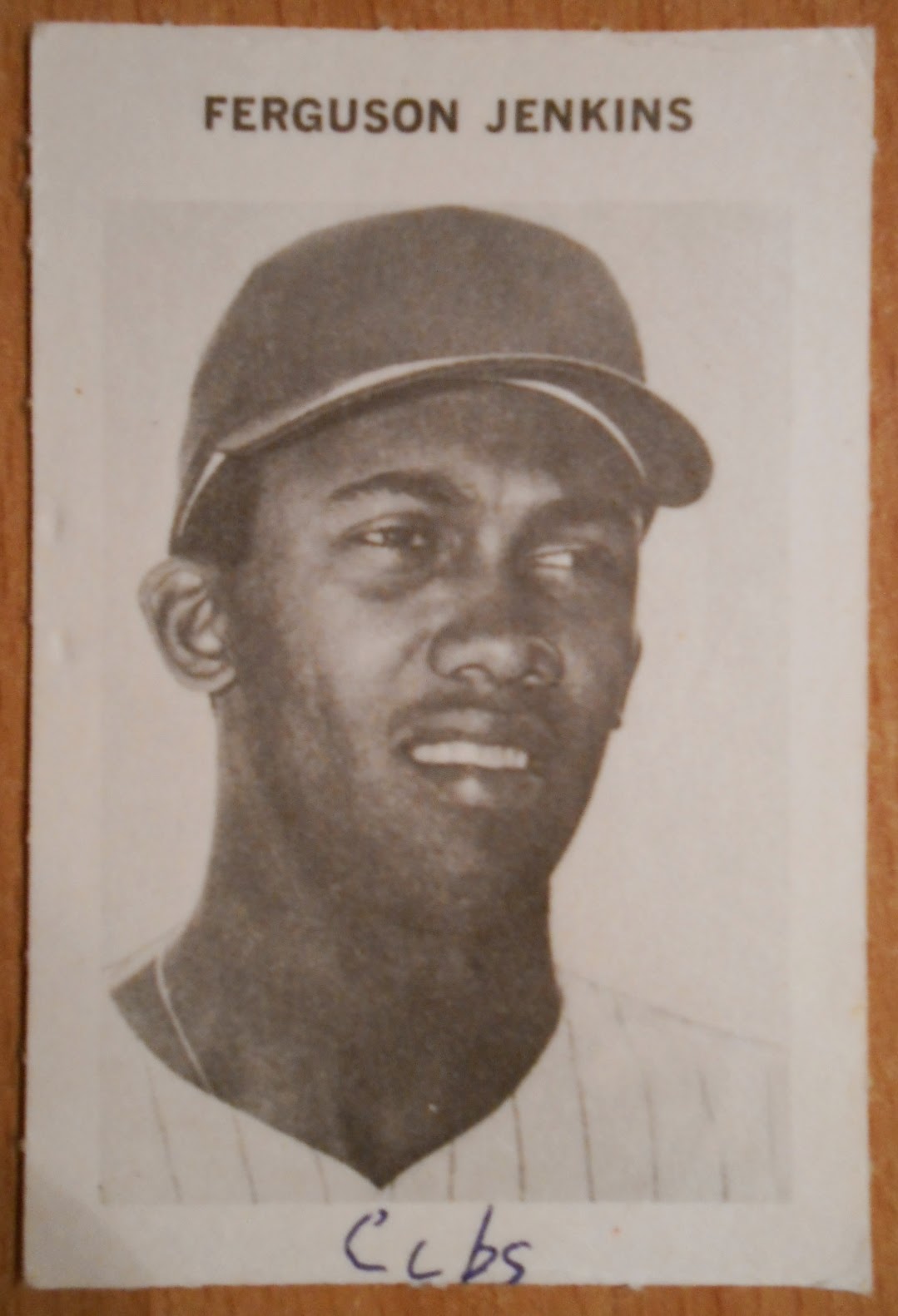 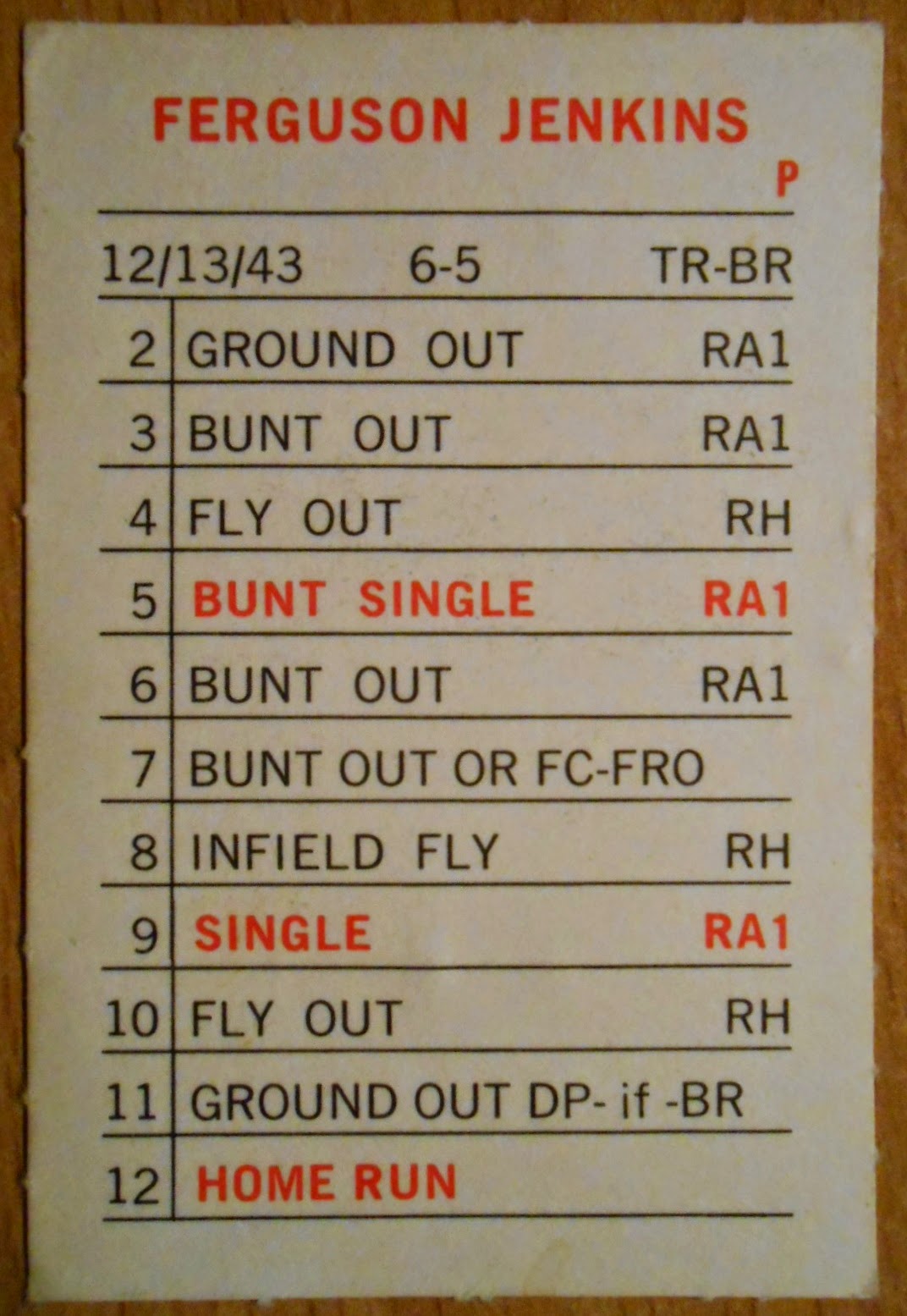 I saw Tom's return address on a PWE and thought, "I don't remember making a trade with him."  And then, out came Fergie!  Nice!  This Fergie is from the 1972 Milton Bradley game.  Cool!  Thanks, Tom!

The five autos were from five different listings from the the same seller on Ebay.  I love me some combined shipping! I think they totaled $9.25 shipped.  Not bad in my opinion.

Paul Blackburn is one of many young arms who the Cubs have drafted over the course of Theo Epstein's tenure.  Hopefully some of them will make heir way up through the system before too long. 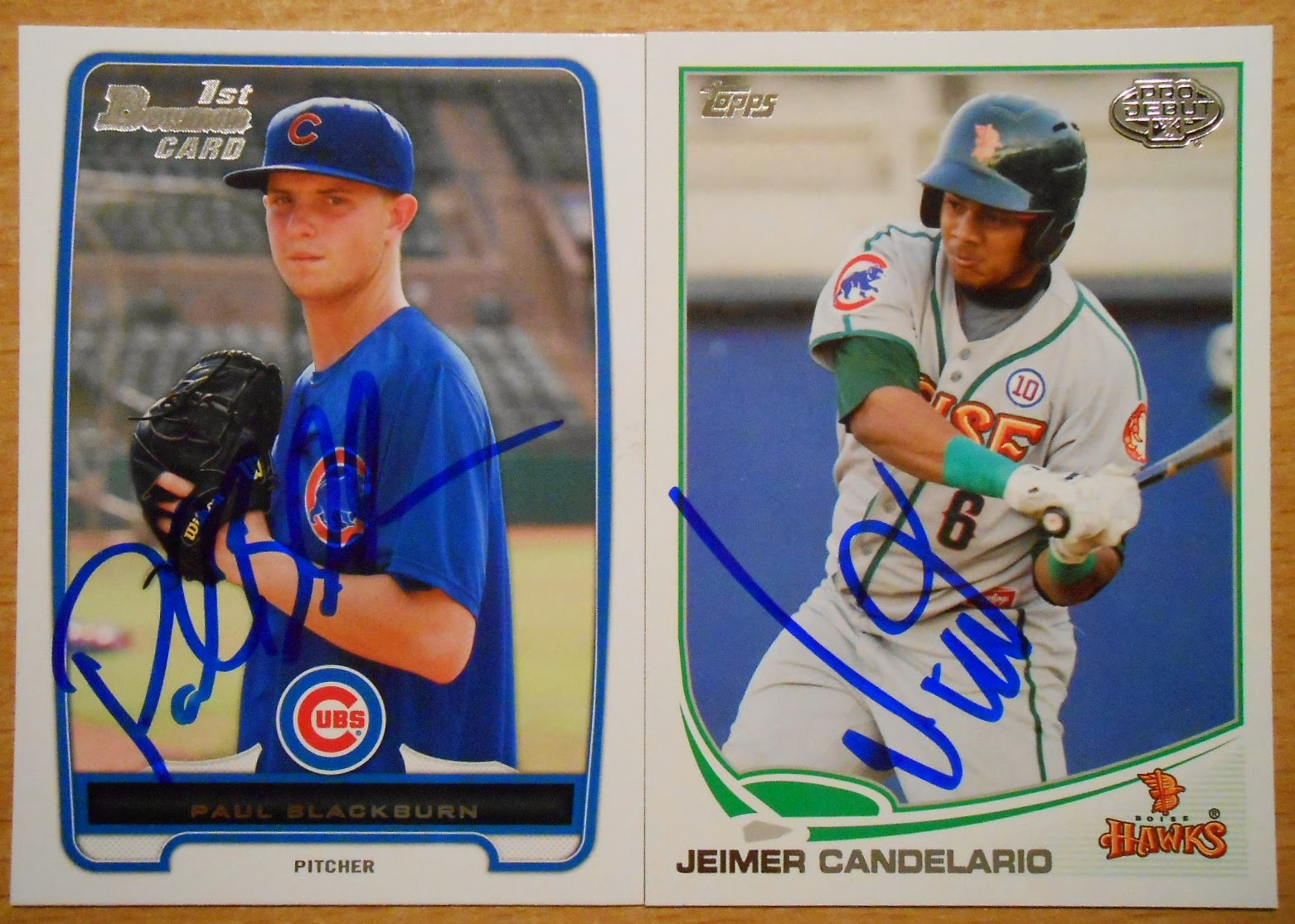 Jeimer Candelario is talented and has a great approach at the plate, but something just didn't click this year.  He wound up being demoted from hi-A to lo-A at mid season.  Time's still on his side though!  Good luck, Jeimer!

Shawon Dunston, Jr., really turned it on in the second half of the season and helped the Kane County Cougars break the franchise mark for wins in a season and also win the Midwest League Championship. 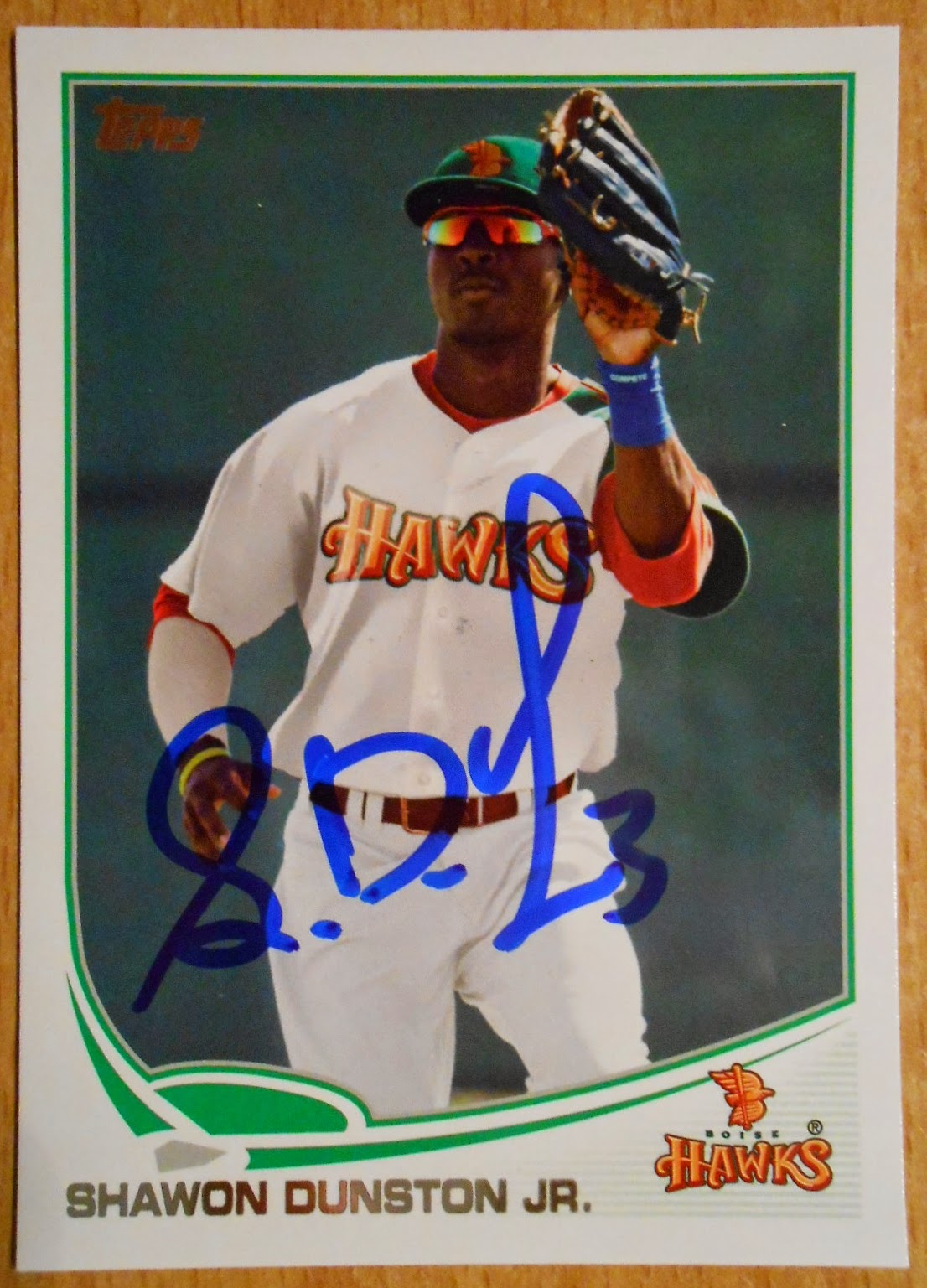 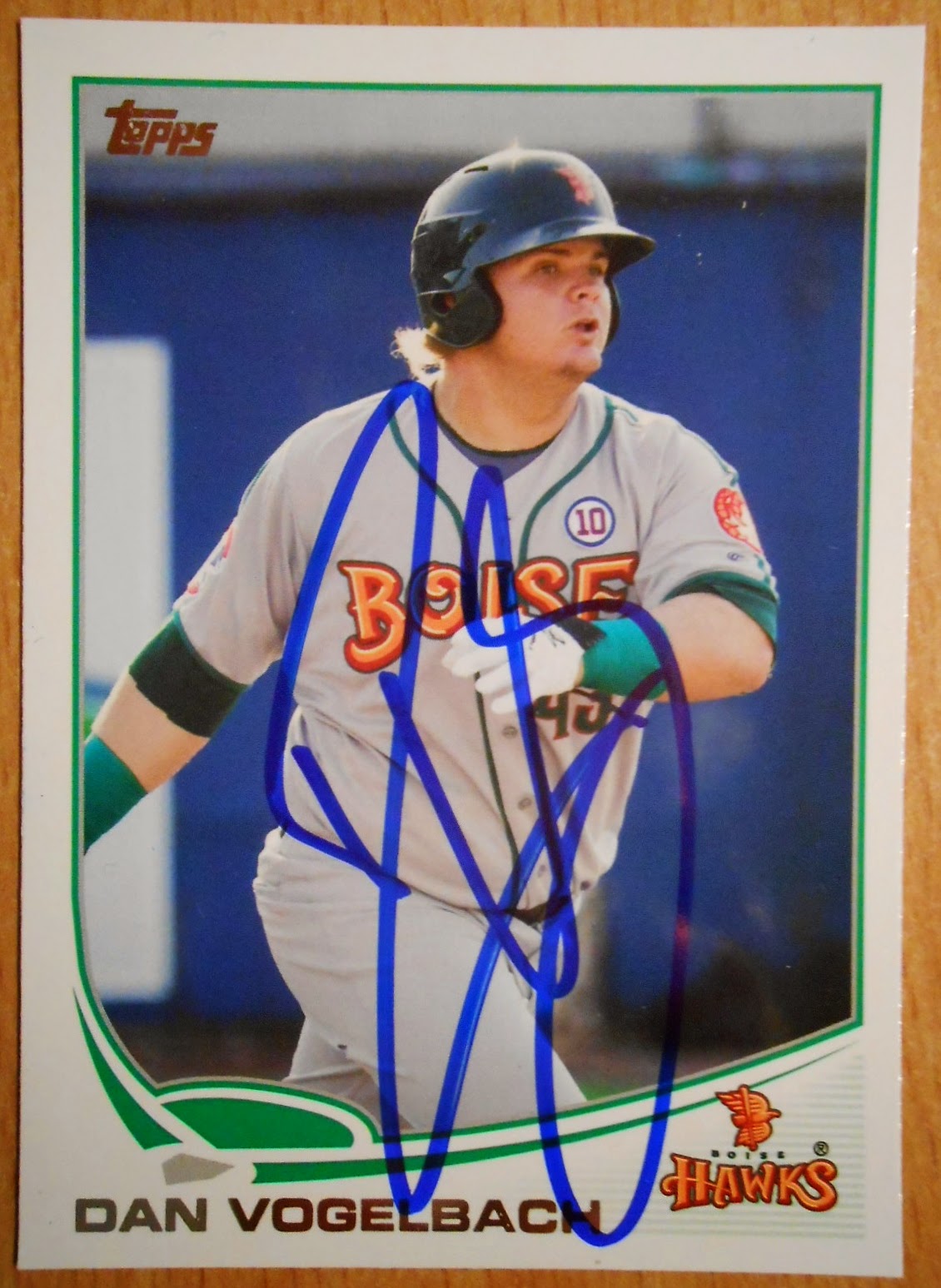 Nope, no extra commentary here.  You guys know how I feel about this guy!  (Yes, it borders on man crush.)

And last, but certainly not least, we have... 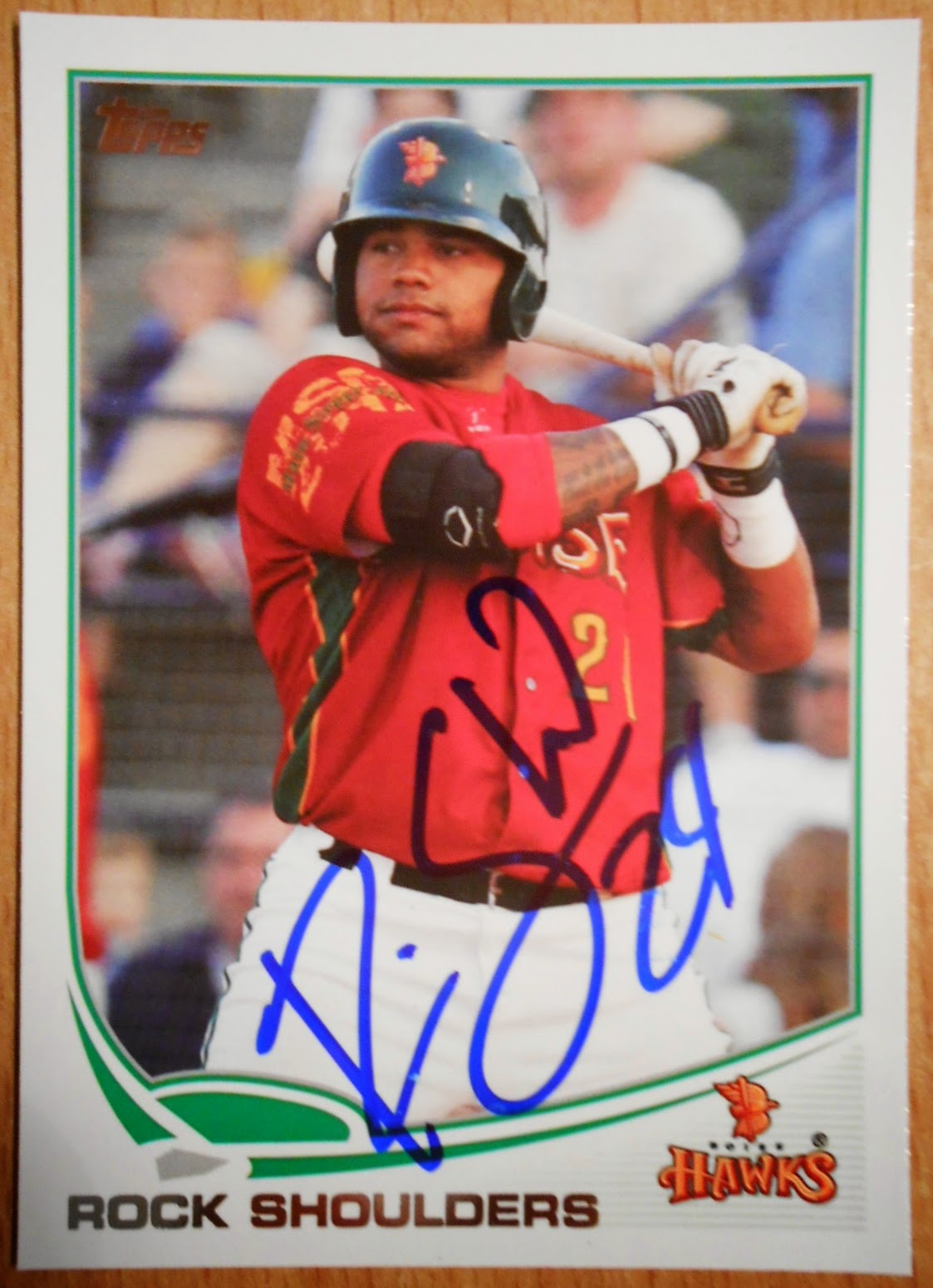 It's been a few weeks since I last dished out a ROCK SHOUDLERS-ism...  here we go...  Ready?

ROCK SHOULDERS' calendar goes straight from March 31st to April 2nd.  No one fools ROCK SHOULDERS.  Especially not the off-speed garbage of some weak minor leaguers.

Have a great weekend, everybody!