Seriously?  How can one "Forever" stamp carry nineteen cards?  Either Nick is the savviest PWE man out there or someone at the old post office fell asleep on the job. 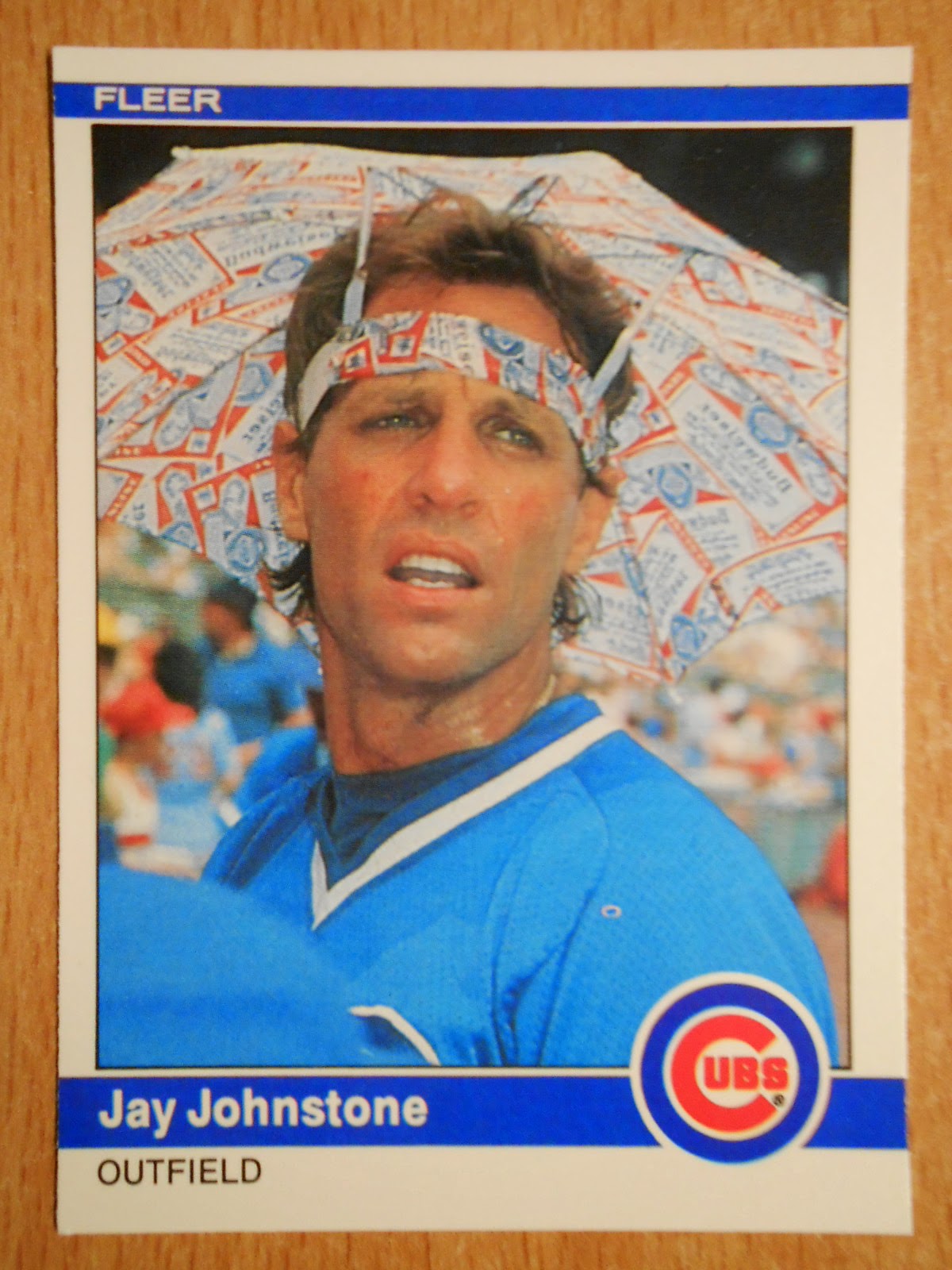 As far as variety goes, the best PWE's come from the Dime Boxes blog.  I imagine Nick receiving numerous packages each day with worthy offerings for his binders, but a guy can only keep seven or eight 1984 Fleer Jay Johnstone cards. 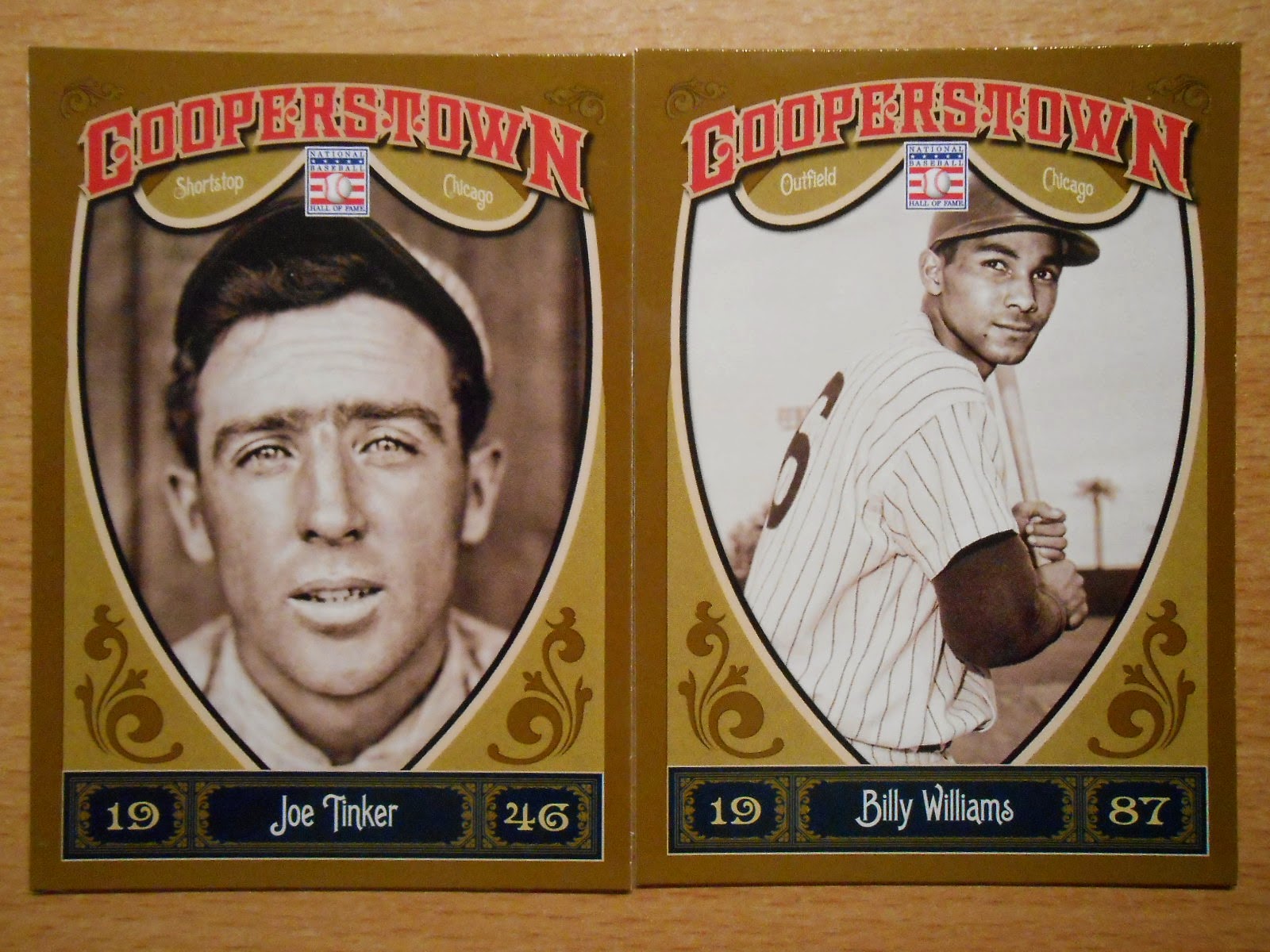 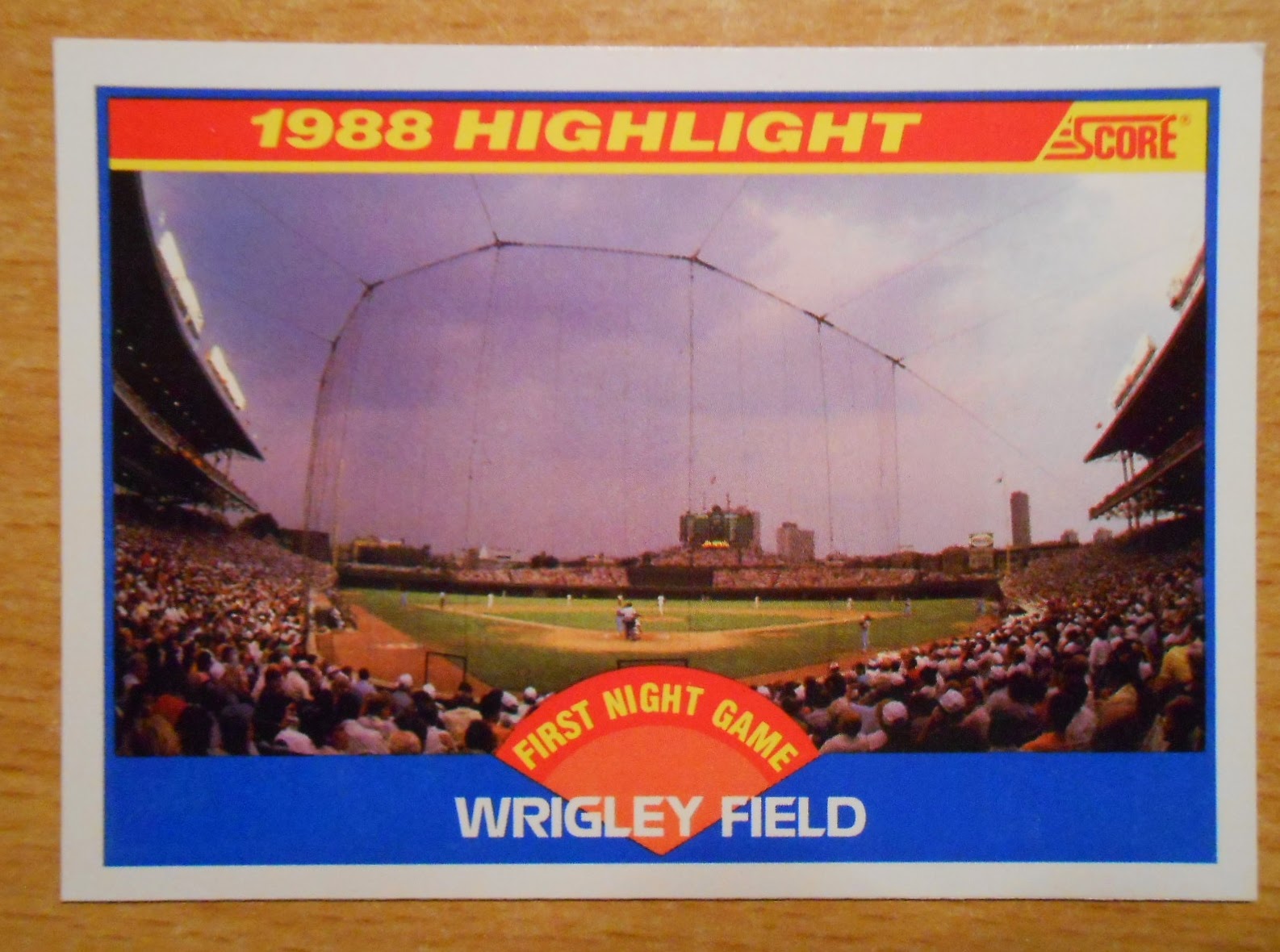 Isn't the answer obvious?  Send some of the Cubs repeats to me!  Who am I argue?

I've seen many of these Kellogg's 3-D Super Stars on the blogosphere as of late and now I can add my first two to my collection! 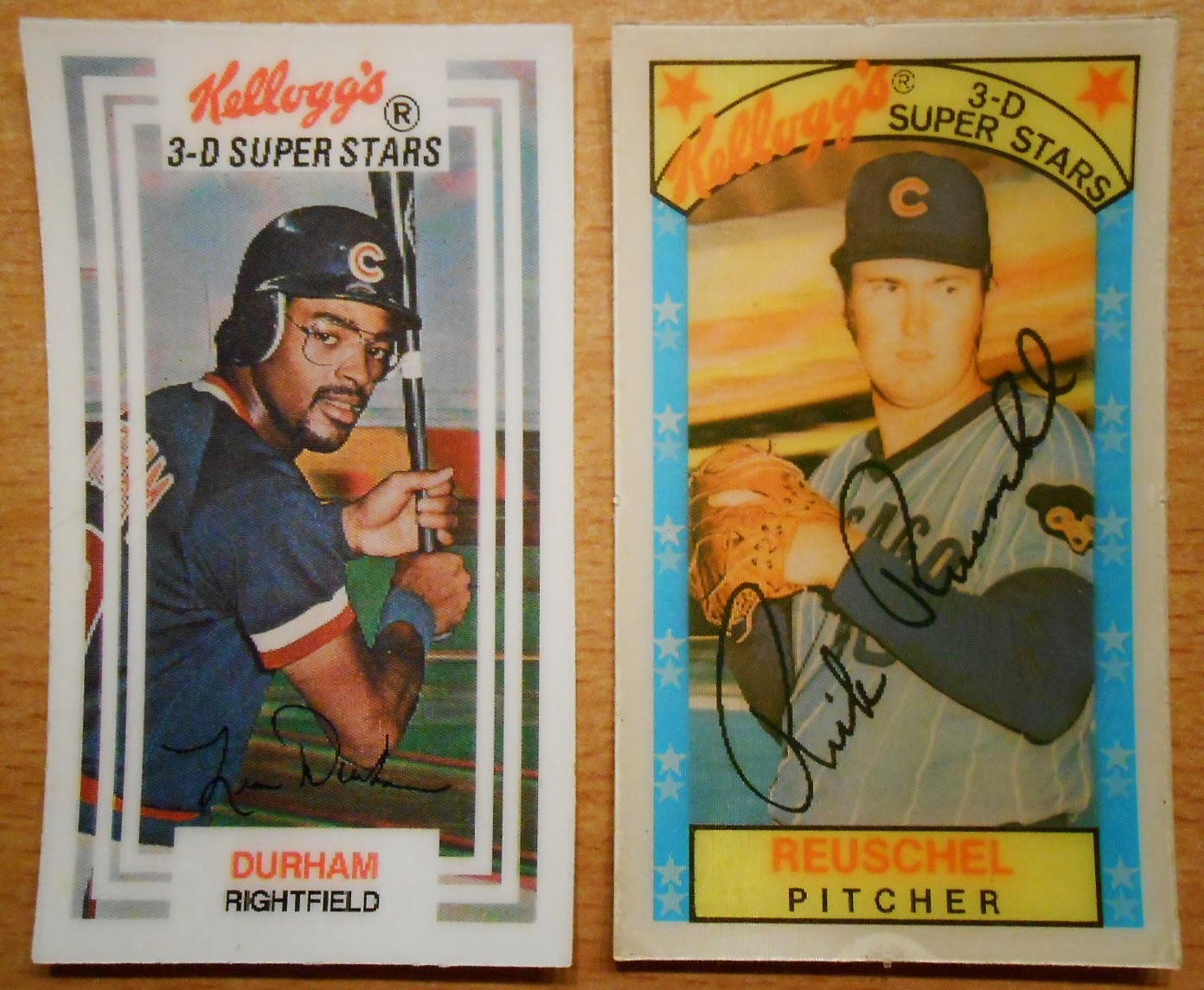 Another mini!  This is my third 1975 mini and it's of the great flag saving Rick Monday. In a recent trade package with a Cardinal fan stranded in Los Angeles I send out one of my few Sega CardGen cards.  It was a Lance Berkman and he was worth seven stars.  Those Sega CardGen cards are tough to come by and it was tough part with the Berkman.  But apparently what goes around comes around. 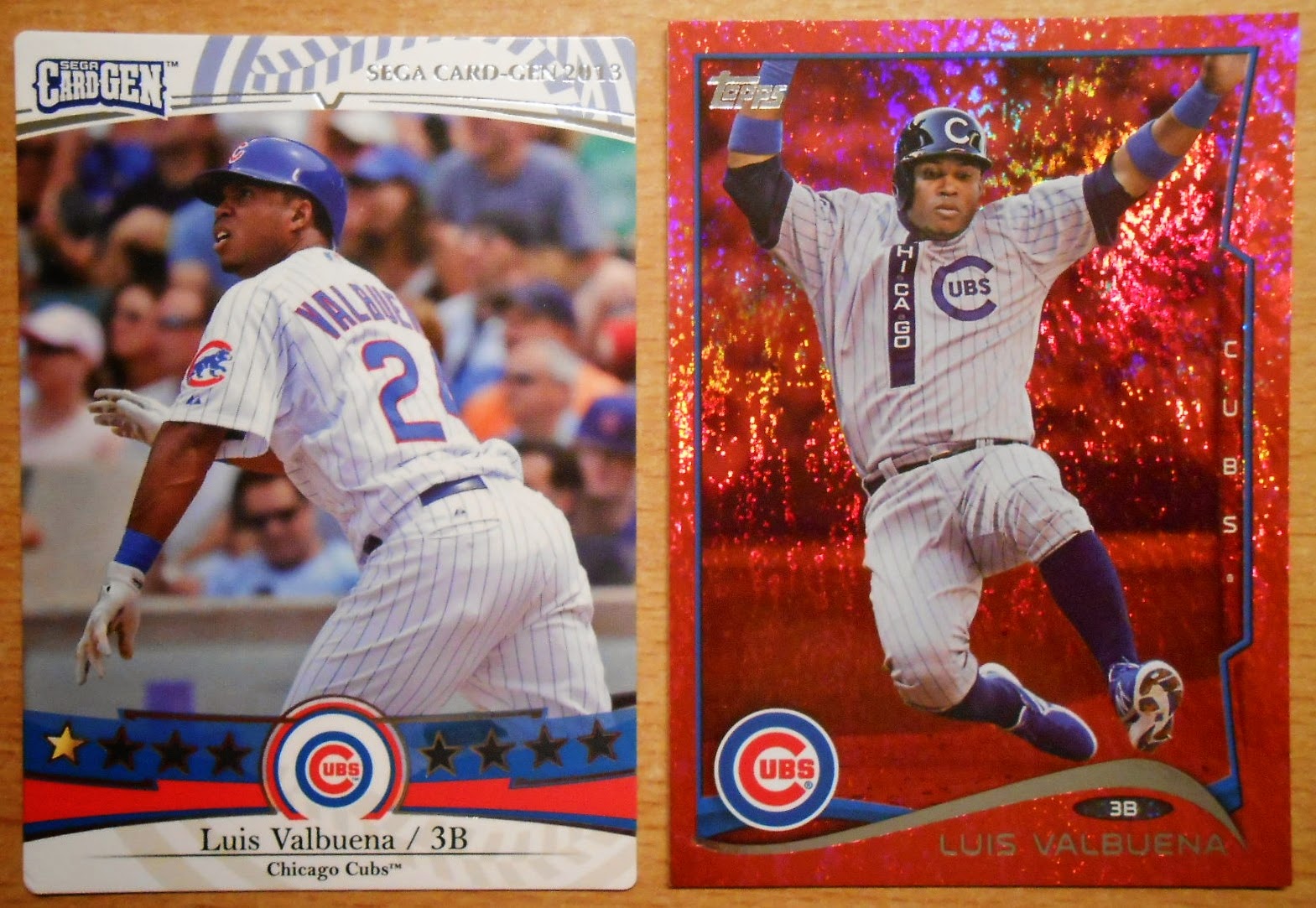 Luis Valbuena is only one star?  Whatever.  He's been a pretty good third baseman the last two years and will serve as an even better utility man when Kris Bryant is called up. 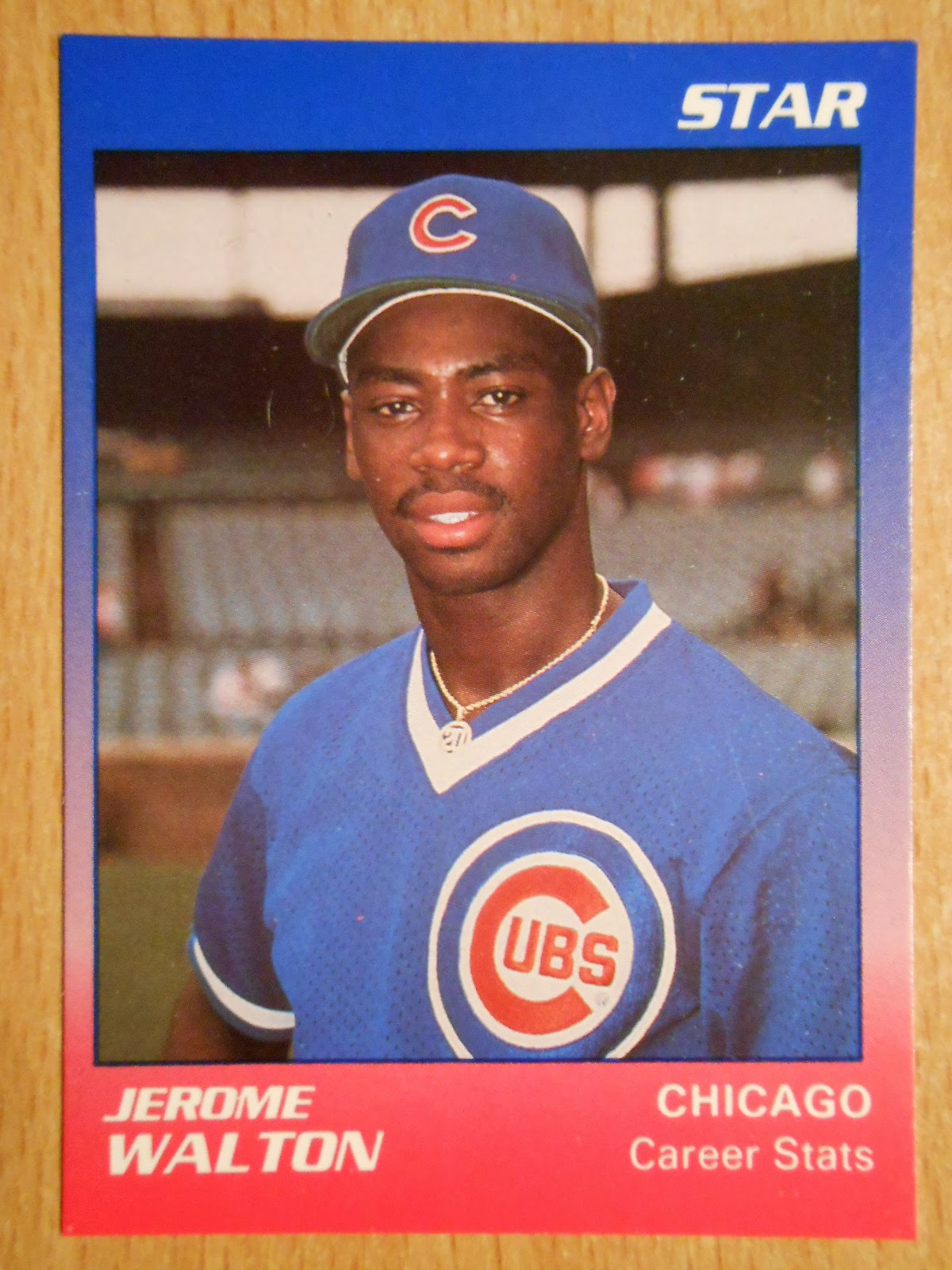 Besides Geovany Soto in 2008, Jerome Walton was the last offensive rookie of the year the Cubs have had.  Neither Soto nor Walton mattered too much after their inaugural season.  I'm hoping Jorge Soler or the aforementioned Kris Bryant changes that in 2015. 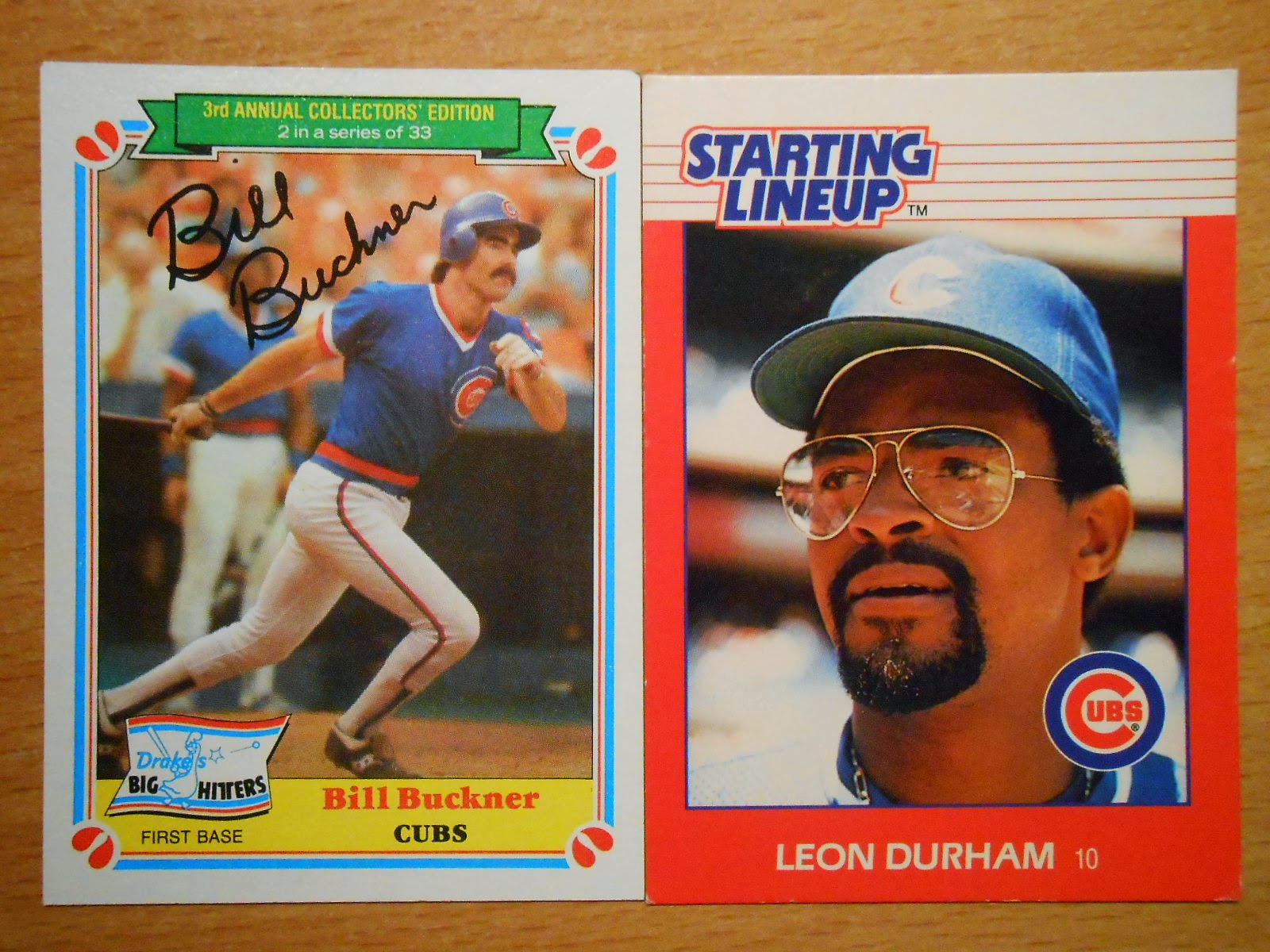 Whoa!  Some Jim Abbott cards!  Nice!  Abbott, along with Bo Jackson, Roberto Clemente, and Jackie Robinson are on my very short list of non-Cubs players who I actively collect. 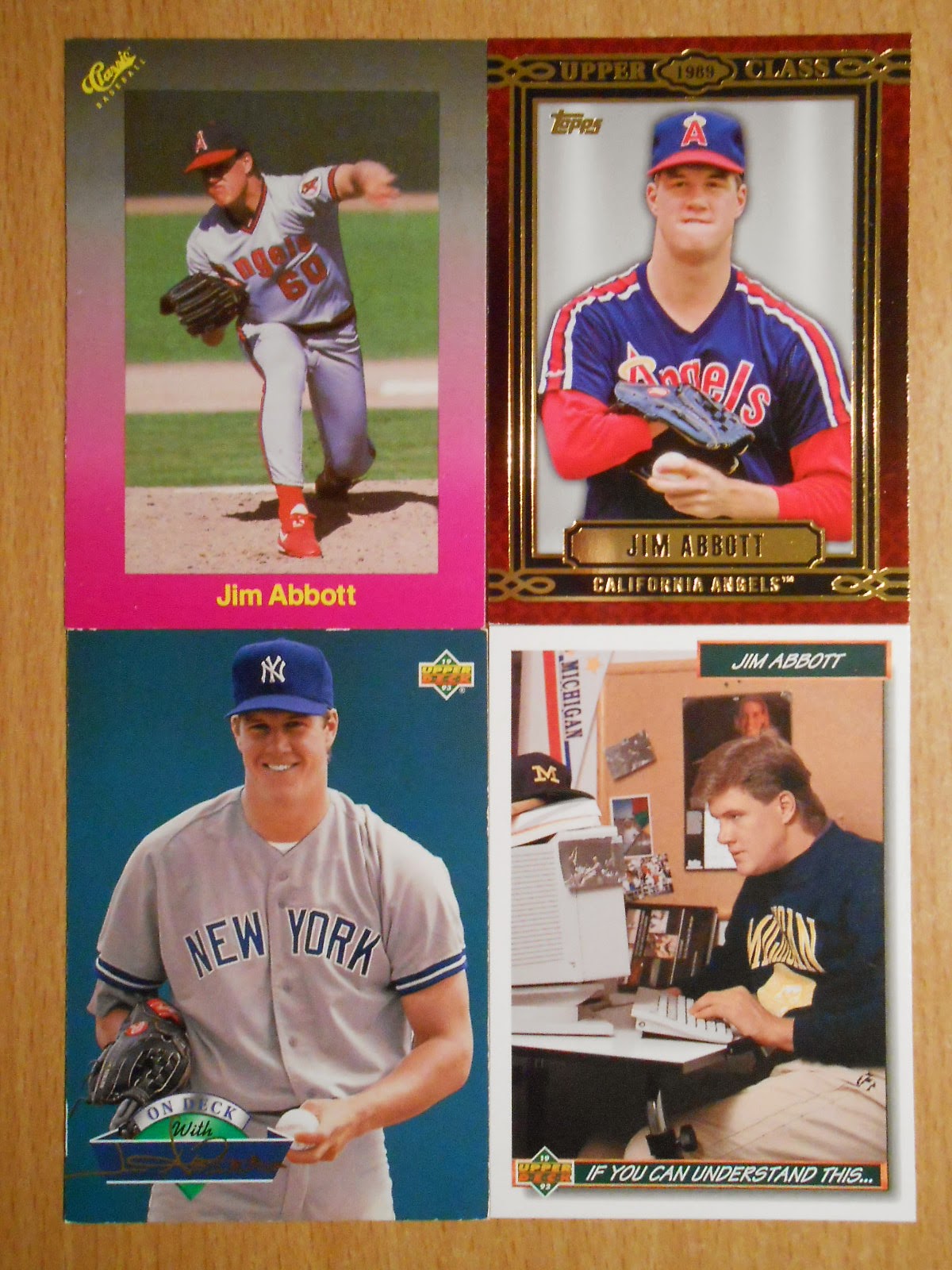 For the record, I read Abbott's book and it has a pretty good message.  The back of the card in the picture above which has Abbott at the computer also has a pretty good one: Stay In School!    These were a pleasant surprise for sure and a nice deviation from all the Cubs I've been receiving as of late.

Hey, my first Travis Wood card of 2014 and my first Power Players card, too. 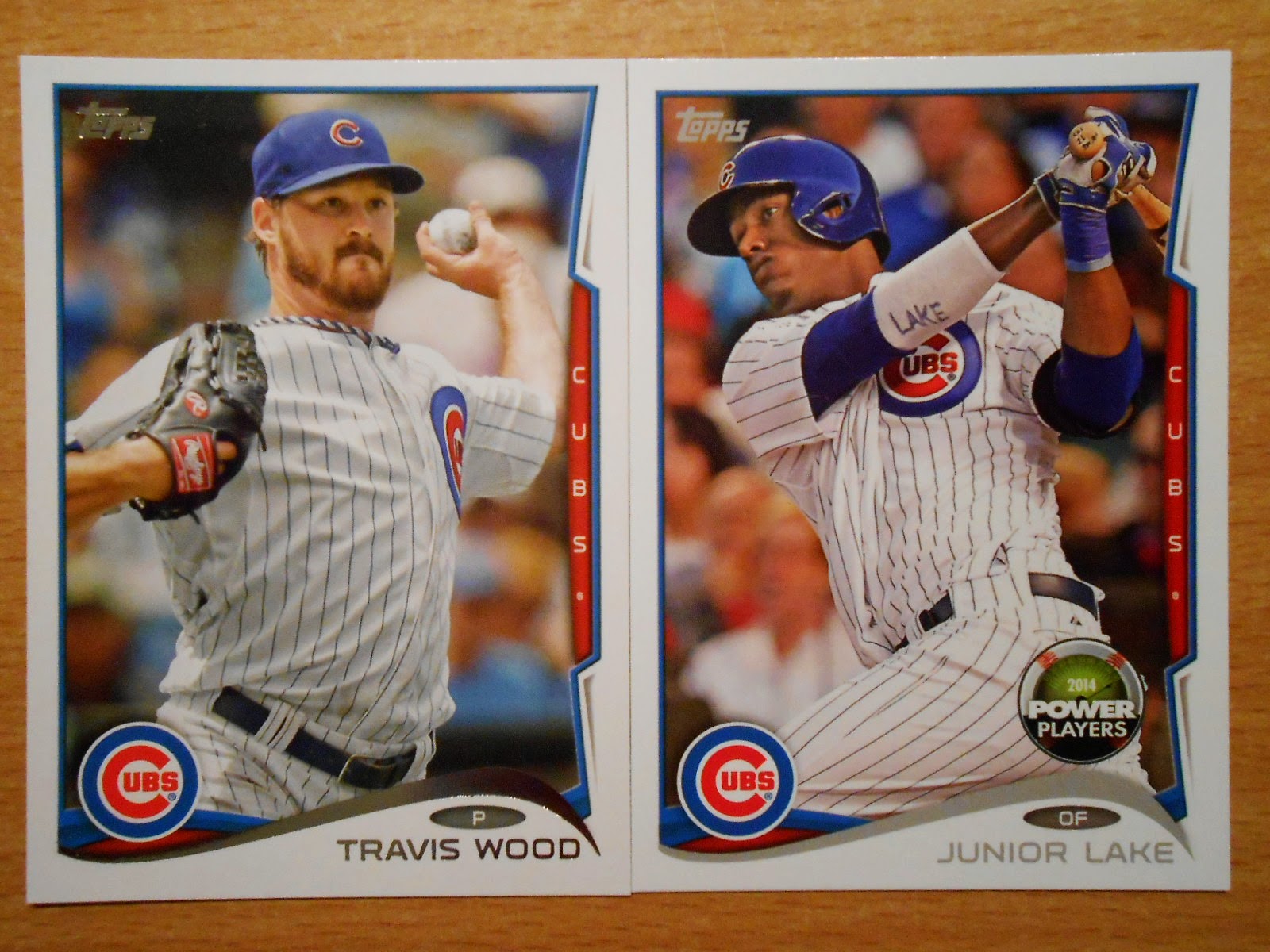 I'm not sure what the Power Players cards about, but I'm sure it's another gimmick Topps has thrown out there to stir their money pot.

If you have been counting then you know we're up to the last card. 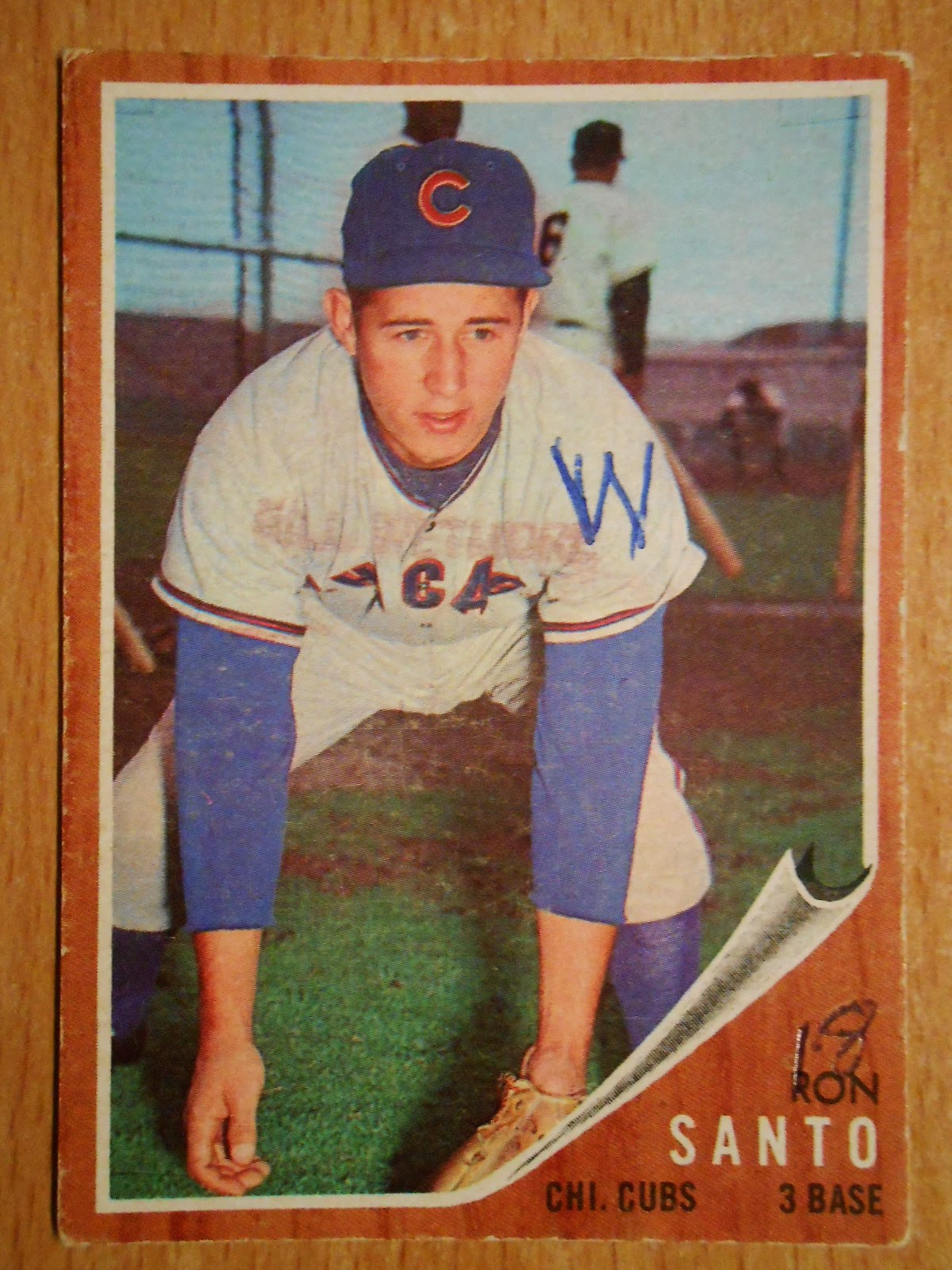 A scribbled on 1962 Ron Santo!  When Santo came up he was number 15 and then he eventually switched to number 10.  So, I'm not sure what's up with the 18 penned above Ron's name.    I get the "W" on his sleeve. All Cub fans are happy when the blue "W" flag is raised!  Then there's the question of the faint red ink on Ron's upper chest.  It's a stamp of some sort, but I can't read it well enough to figure it.  Any ideas from the blogosphere?

There you have it, folks! 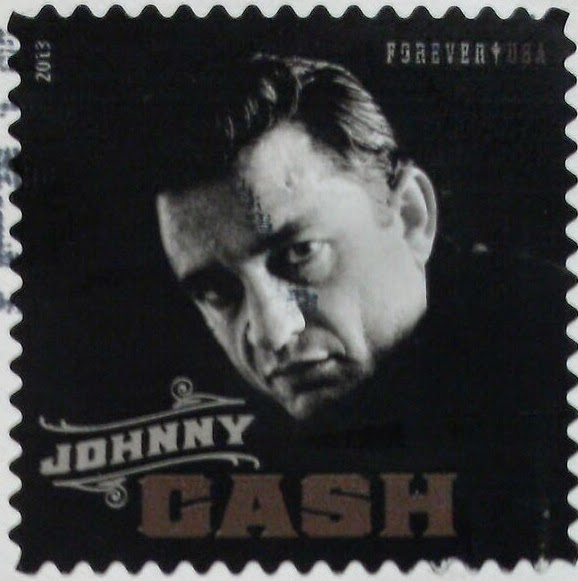 Nineteen wonderful cards from a generous blogger shipped for the cost a of Johnny Cash forever stamp.  How cool is that?  Thanks, Nick!