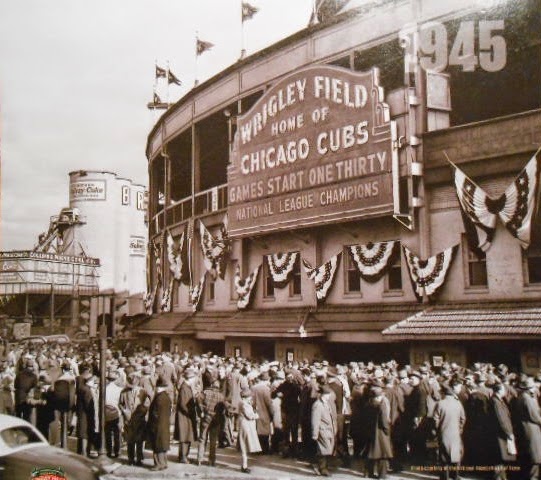 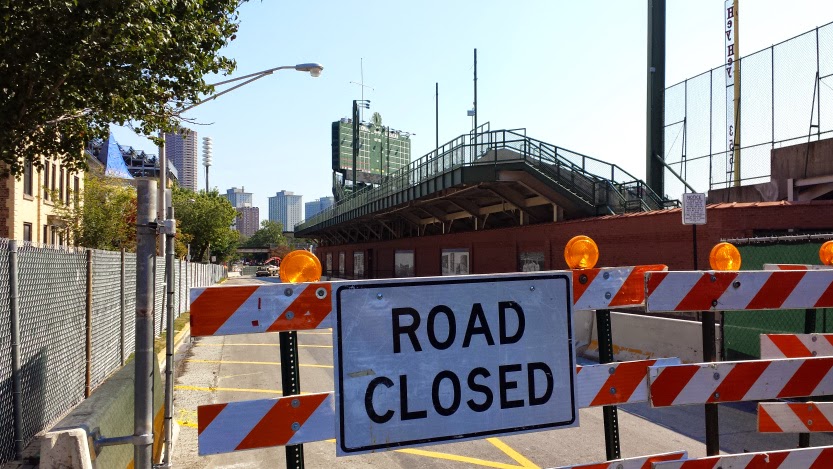 All of this post season baseball currently going on is pretty enjoyable, but it won't come close to the level of excitement I'll feel the next time there is a scene like the one above in Wrigleyville.

The current renovations and restoration plans for Wrigley Field call a for make over to the exterior of the Friendly Confines. I've heard that the team has decided to bring back the look from the late 1920s and early 1930s.

From what I have read I've learned the demolition of certain areas of the ball park began the day after the Cubs' last home game in 2014. There will be a couple of phases for the renovations and it will be executed during the next couple of off seasons.

In my opinion, there isn't a baseball park around which offers the same level of ambiance and atmosphere as Wrigley Field, but there are so many ballparks out there, minor leagues included, which offer more amenities and convenience than Wrigley Field.  I, for one, am glad that the renovations are finally underway.

Here's a couple of recent photos from Addison and Clark looking at Wrigley Field. 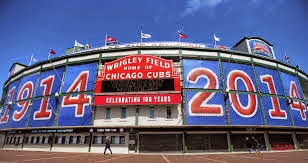 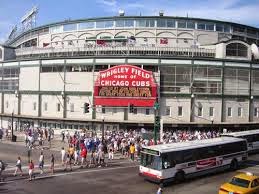 On the left the main focal point is the marquee, which is fine because it somewhat distracts your eye from the rest of the Ugly exterior.  Yes, Ugly with a capital U.  In the past couple of seasons the team has decided to cover up the facade with player posters or other various signage.  No longer Ugly, but much more gaudy.  Yuck.

Here's an artist rendition of what the finished exterior will look like: 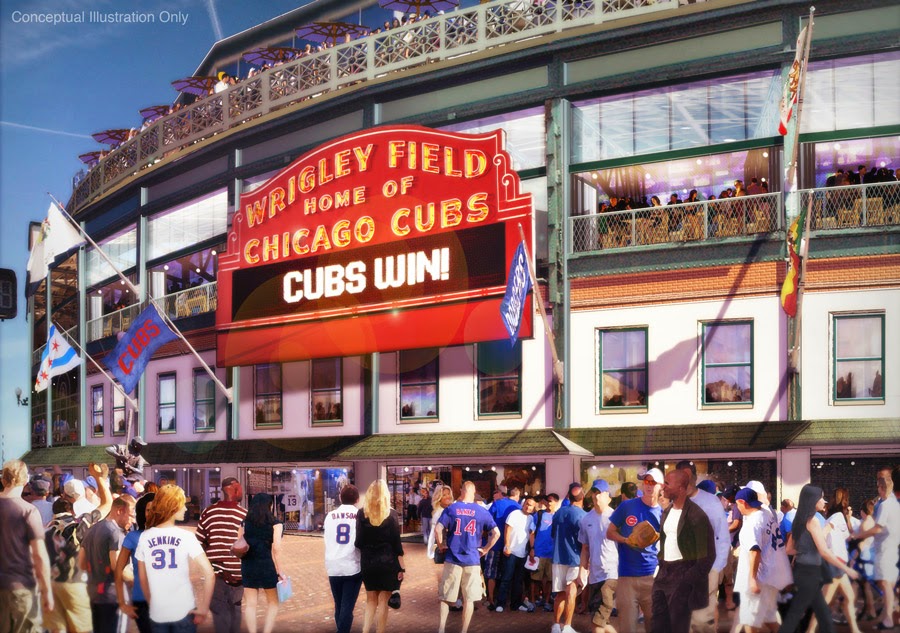 It's a nice classic looking picture with some new seating at the roof level and some dining on the level just below that.  The most notable change is the "CUBS WIN!" on the marquee.  I think that's my favorite part of the restoration and renovation plan!