These Aren't Going All The Way To The Backstop

I would never let these cards get past me.  We've all seen it before... the pitcher really tries to bury the splitter down in the zone or maybe the catcher gets crossed up.  Nope, not going happen on this round.  I'm focused, I've got the correct sign, and I'm wearing a catcher's mitt large enough to catch beach balls.

Marcus, from the Padre-centric all the way to the backstop..., sent out a PWE which surprised me yesterday.  I love when something unexpected finds its way to my address. 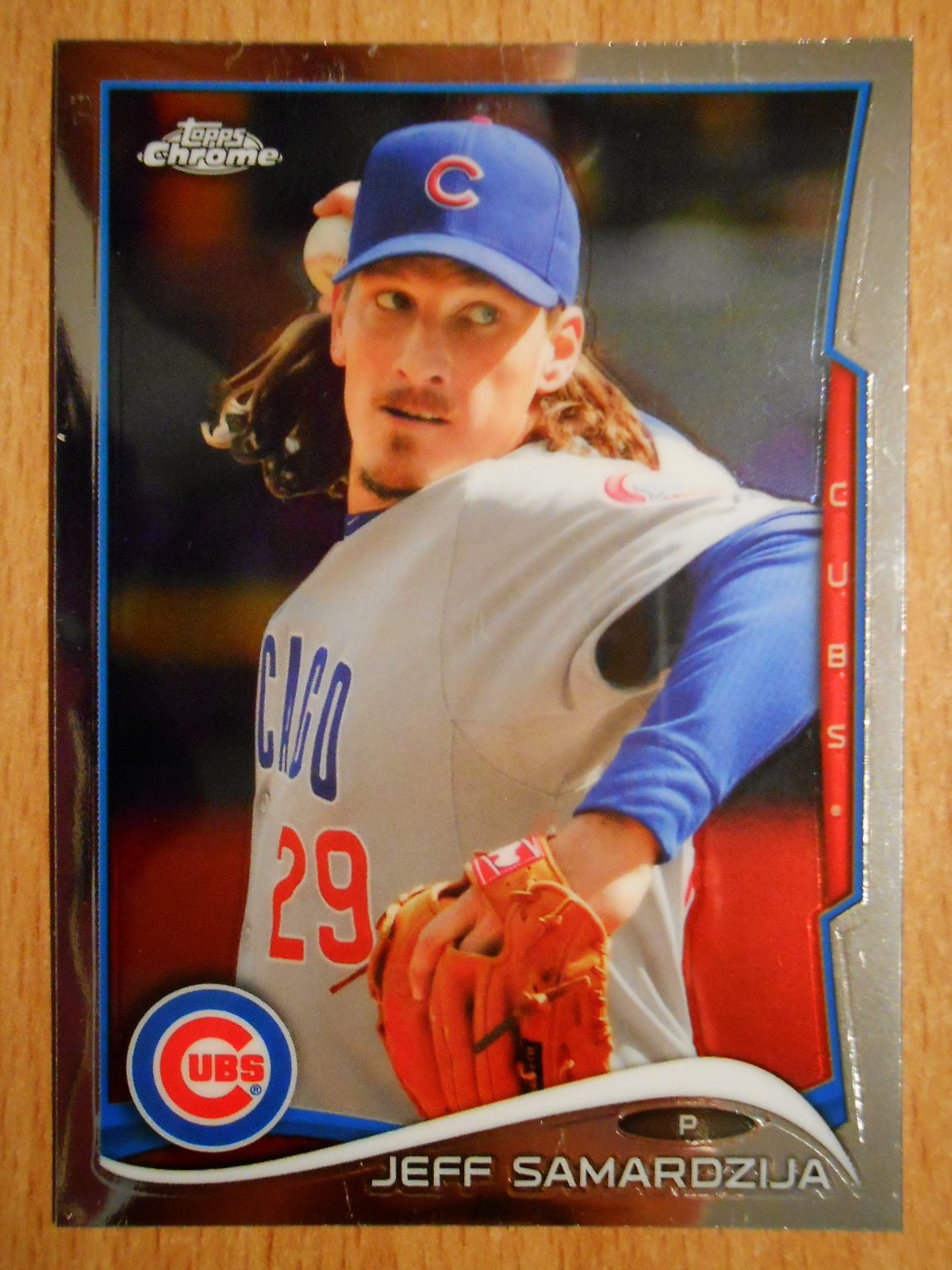 Jeff Samardzija and the Oakland A's were knocked out of the playoffs by the upstart Royals.  What a great game and what a fantastic finish.  I only wish Adam Dunn would have received an at-bat during the course of the twelve inning affair.  Big Donkey, who may retire now, played in over two-thousand games, but never in a post season game. 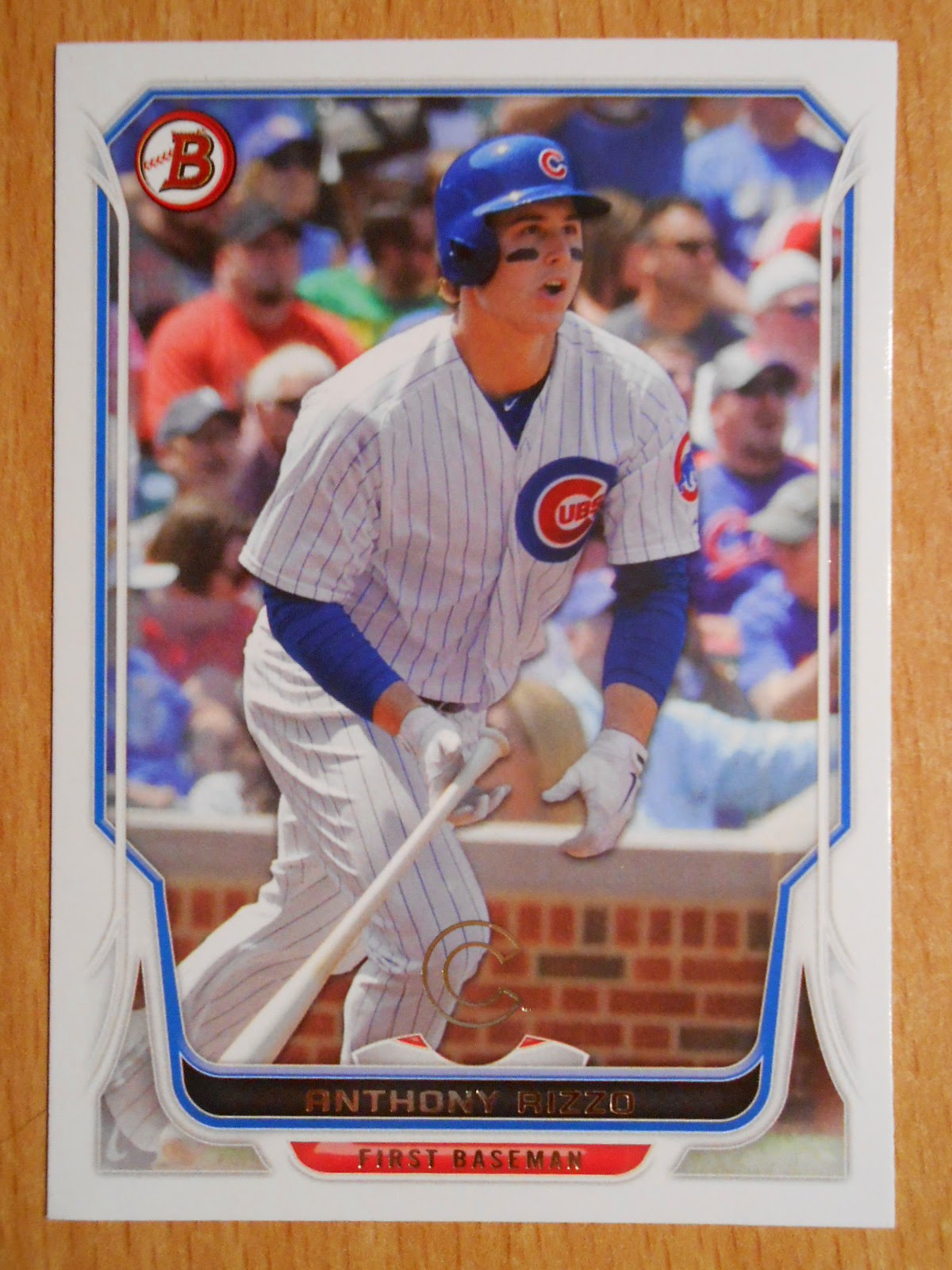 Rizzo is just starting his career and I'm starting to get a good feeling that he'll have his chance to play in October before too long.  This 2014 Bowman Rizzo is new to me and great addition to my player collection of Anthony.  I wish the logo, bottom center, would stand out a bit more and the card feels like it has been photoshopped.  Wouldn't a shot from this angle have the netting of the backstop in view?  Or the on deck circle?  Or the Cubs dugout?  Man, Rizzo's left hand really pops out from the back ground.  Hmmm...

This one was almost too hot to handle and nearly got through the five hole.  I wasn't expecting a chrome Kris Bryant. 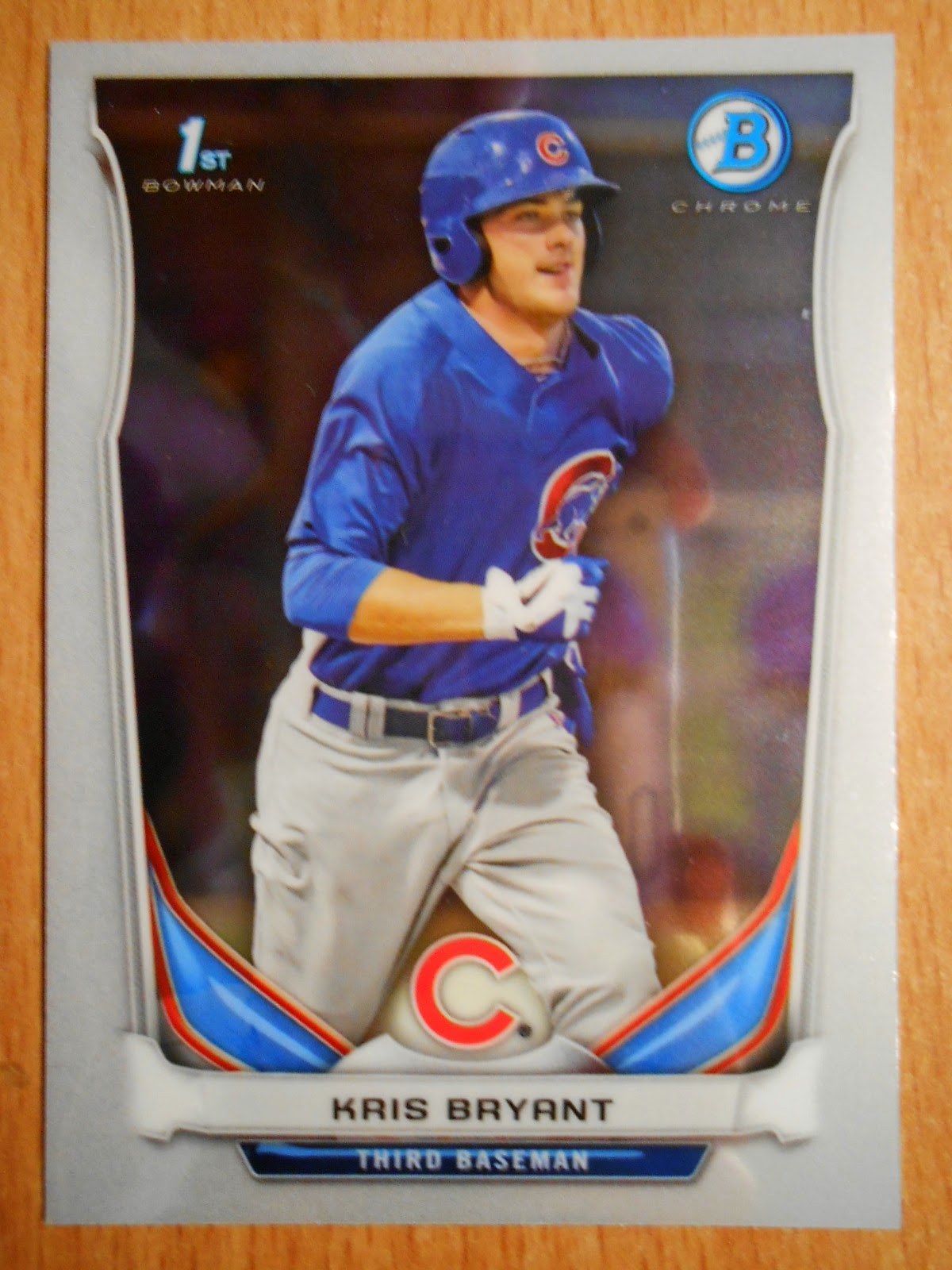 I didn't collect one set from the 2014 offerings and the number of packs I bought didn't reach double digits..  That may not sound like a big deal to some of you, but for a guy who is a set builder and loves cracking wax it was pretty rough going for awhile. I was resigned to the fact that I would have to fork over some dough to get any cards of one of the top prospects of the game.  I can't express how elated I am to have this card in my collection!

Marcus, those were three fantastic pitches.  And no worries, I caught each one and have them already secured in their rightful binders.  Thank you so much!  I'll be sure send a couple of nasty splitters your way.
Posted by P-town Tom at 10/01/2014 06:07:00 PM