Well, that crazy Wampa did his best impersonation of the Tazmanian Devil and my once organized card system is now all up in arms.  Two of my more recent trade packages were part of the casualties. My apologies go out to Scott and David who sent me a couple of nice packages in response to my last trade bait post. Everything got mixed up together and I can't figure which cards came from which package. Also, this is normally where I would plug the blogs of my trading partners, but to the best of my knowledge neither Scott nor David run a blog.

Things are kind of off to a rocky start with the this post.  My bad.  So, let's move on to the cards.  Baseball cards always help me forget my problems! 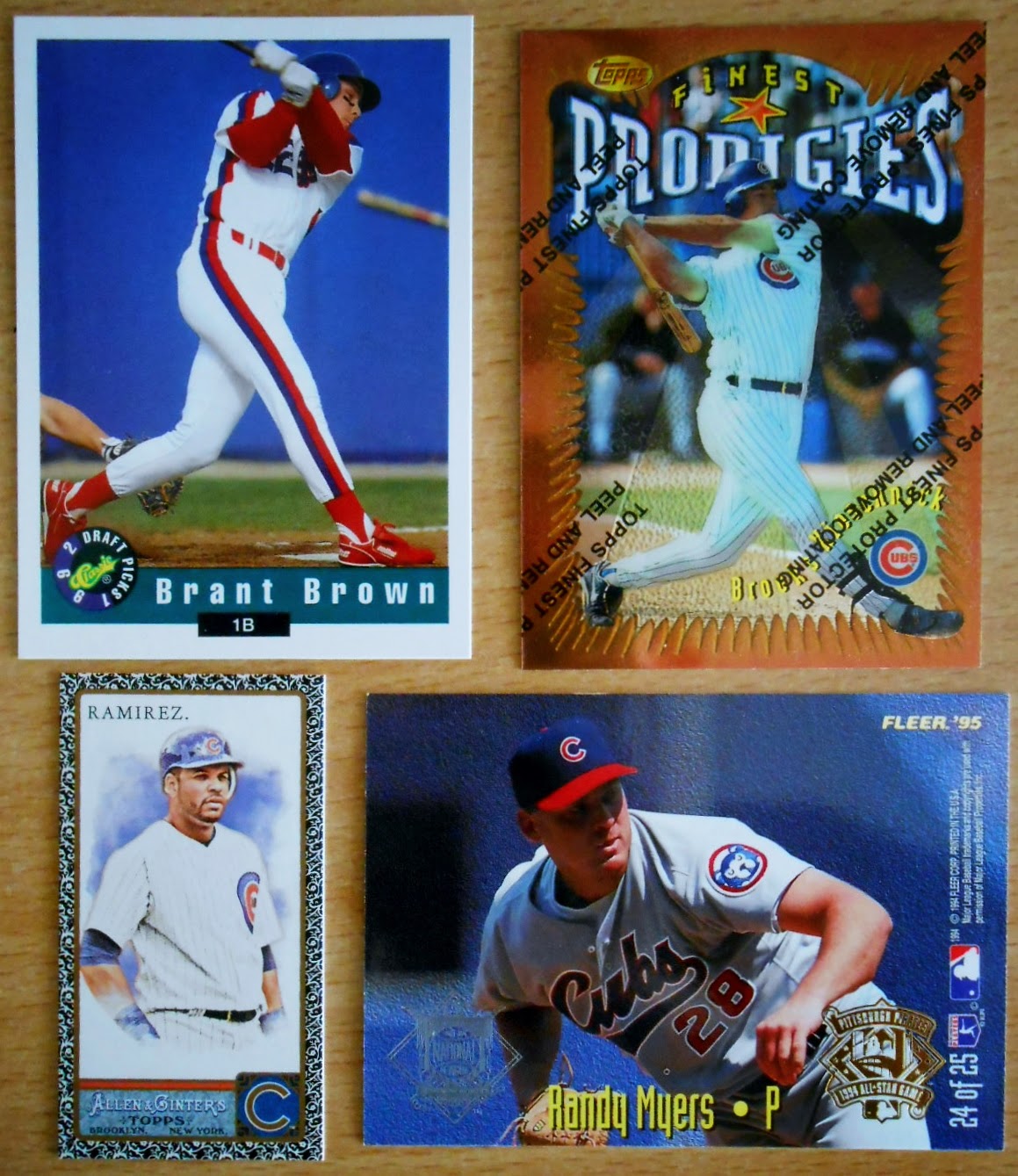 That's a 1992 Classic card of Brant Brown in a Fresno St. Bulldogs uniform on the top left followed by a Topps Finest card of Brooks Kieschnick, which is a new addition to my Kieschnick collection.  A mini A&G black bordered ARam is joined by a silver and gold foil-stamped card of randy Myers on the bottom right.  That's a nice start!

Here's a couple of quality Hall of Famers.  I love me some Gypsy Queen. 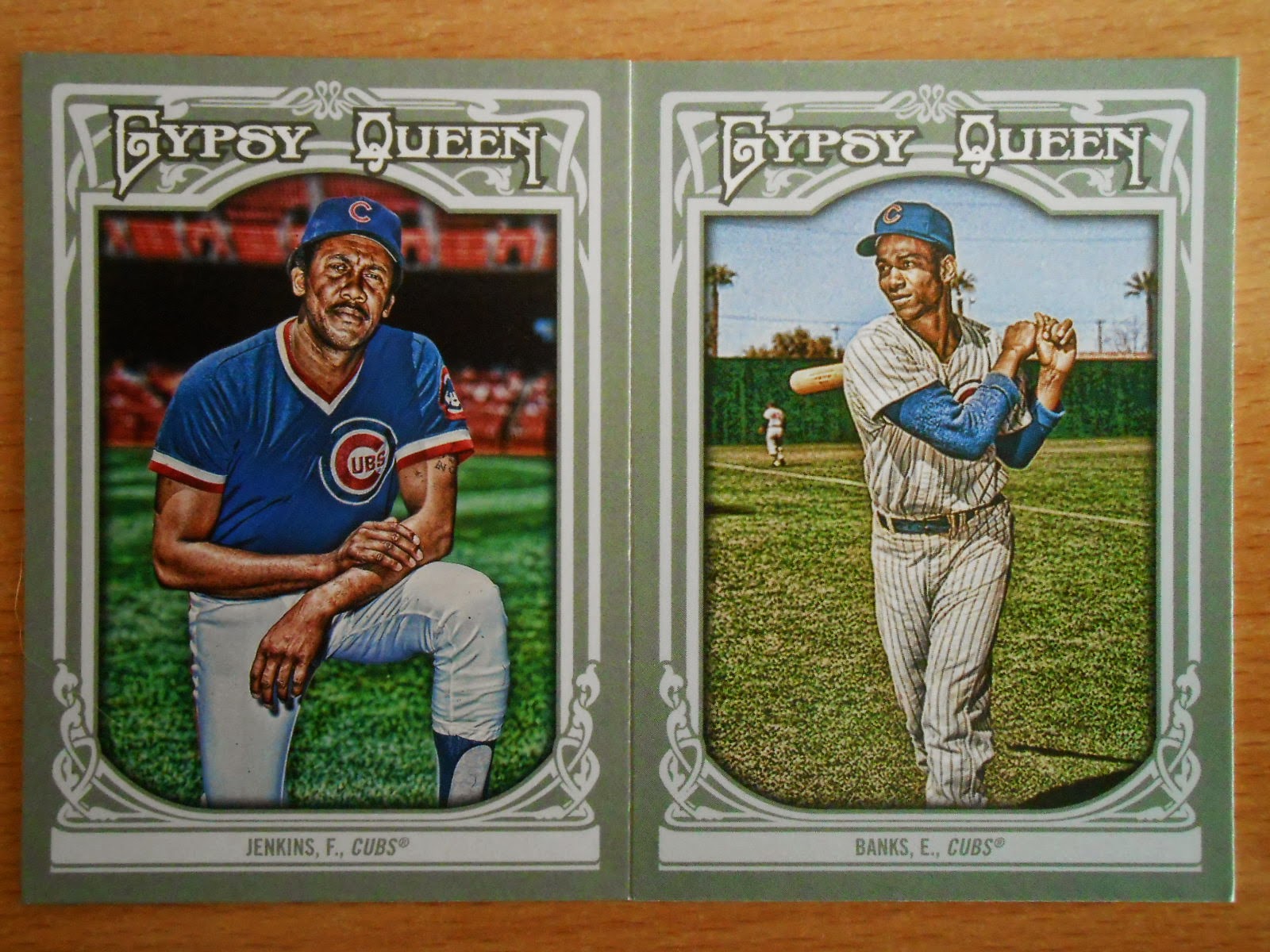 Two new Sandberg cards.  Studio cards have always been one of my favorites the Sportflics card shows Ryno having some fun! 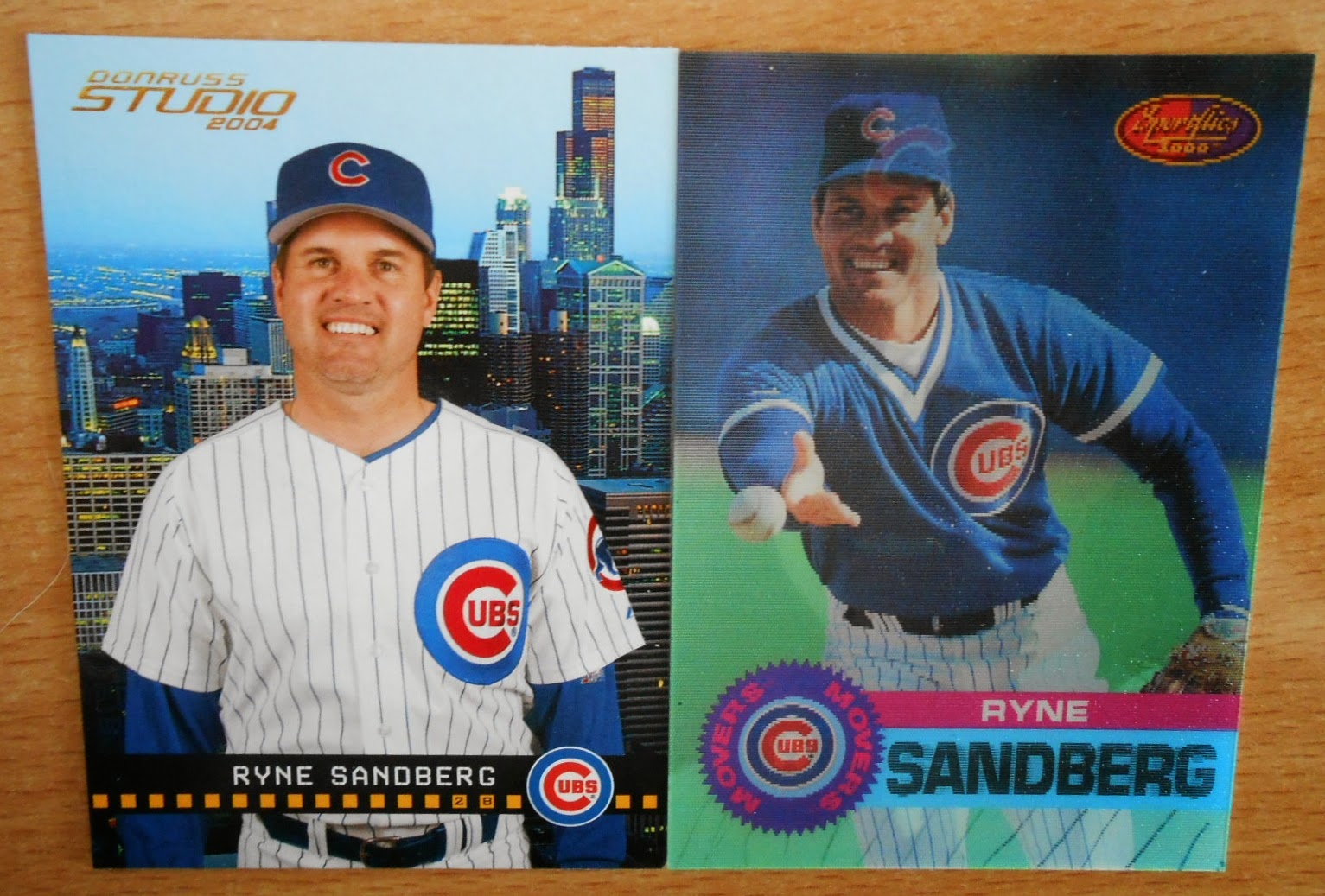 Hey, a new A&G Kosuke Fukudome! I'm up to 97 different Fukudome cards now.  The century mark is just around the corner. 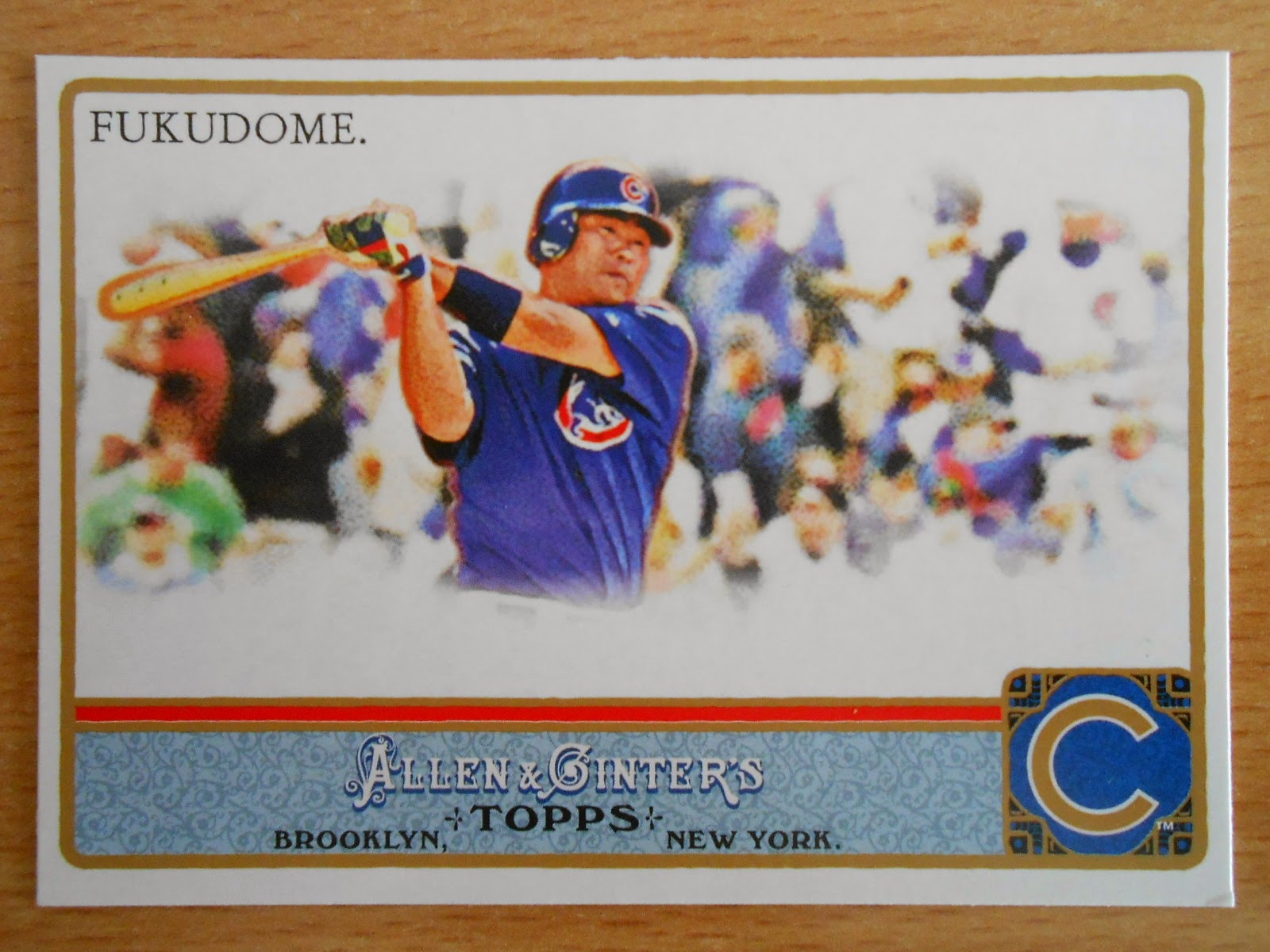 I think a couple of these Kerry Wood and Andre Dawson cards are new to me as well.  Thanks, guys! 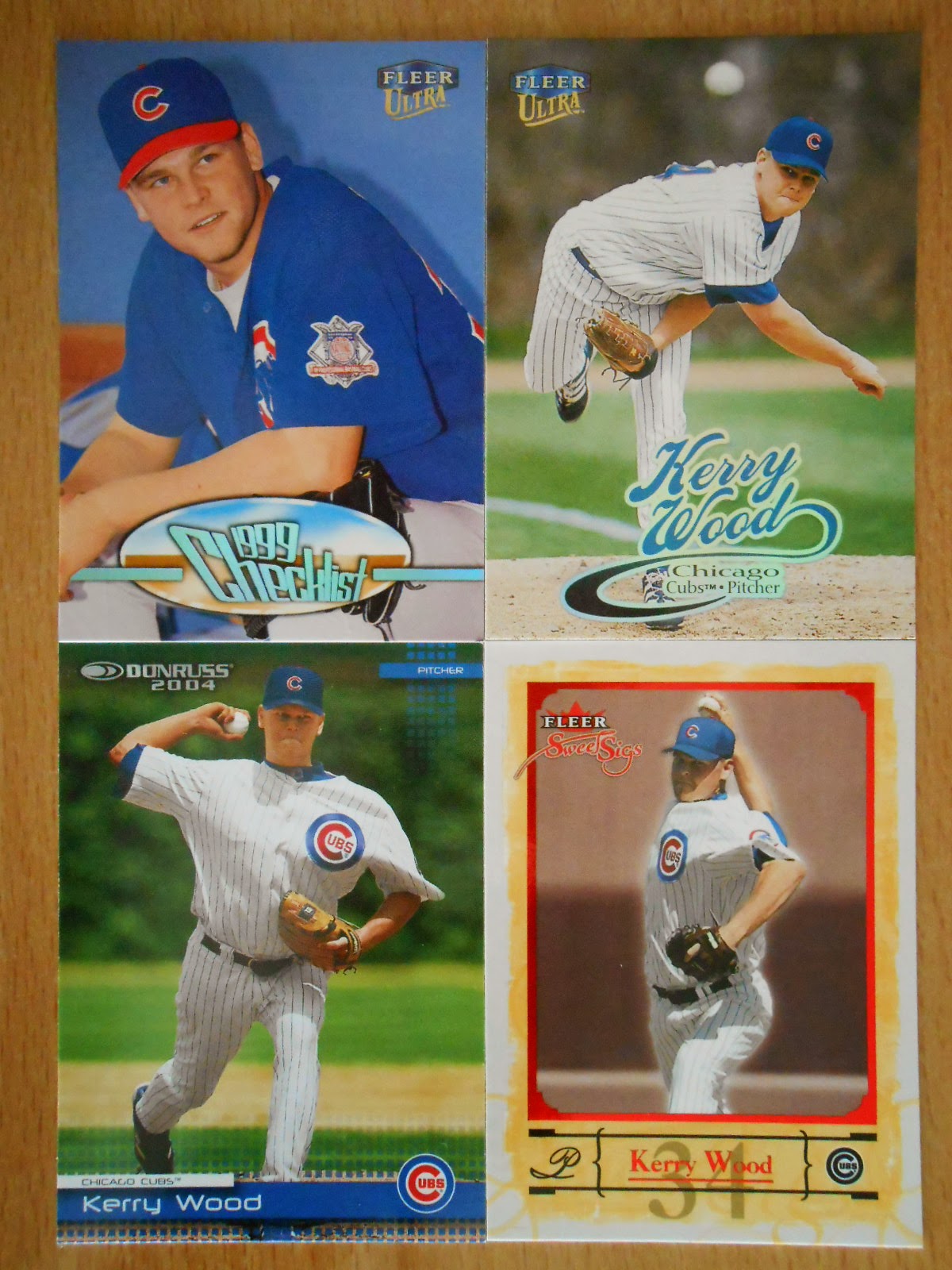 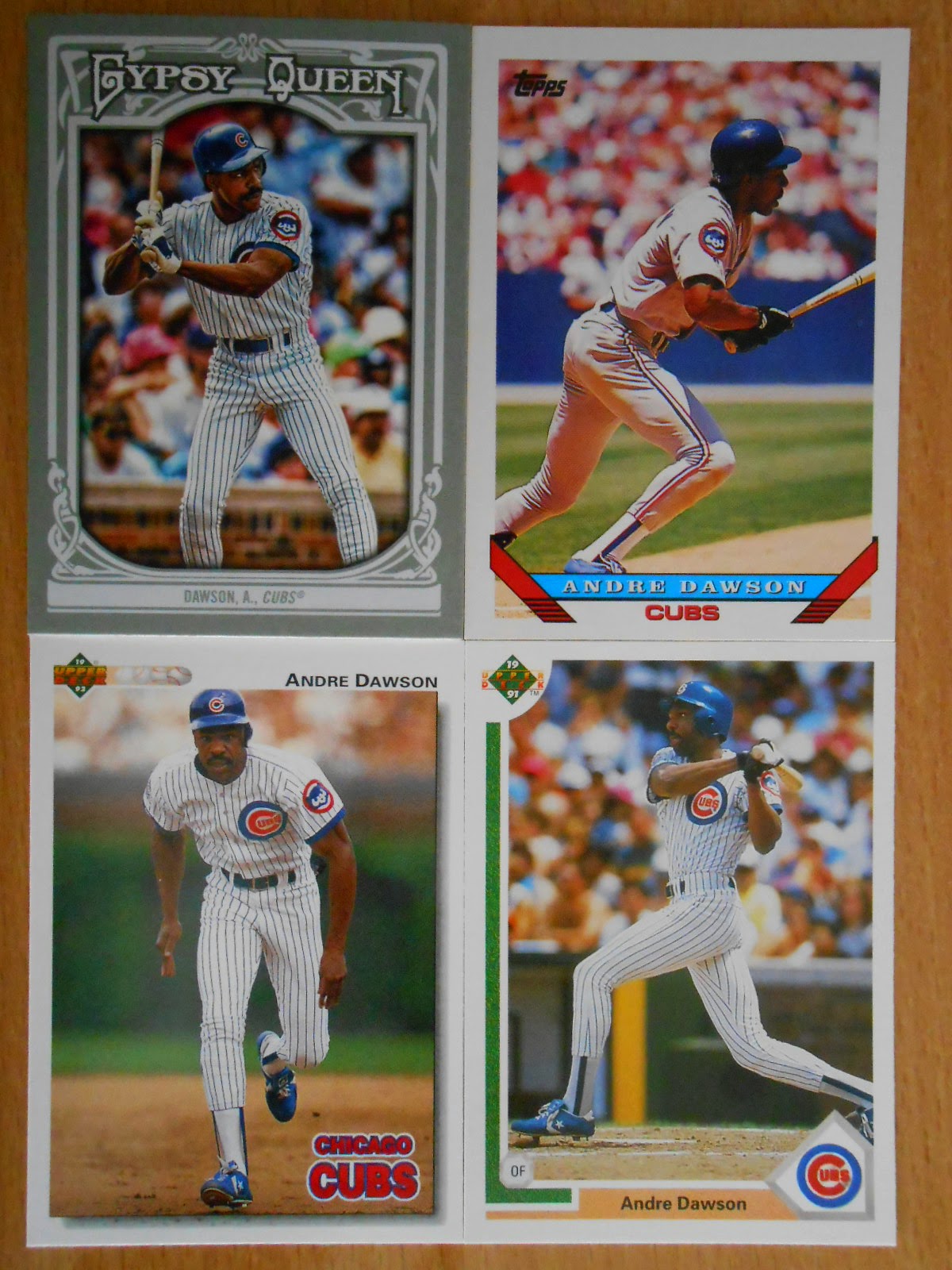 Hey!  My first 2014 Stadium Club card.  I love this action shot of Castro about ready to unleash a throw to Rizzo.  I bet Rizzo is probably wishing Castro would use the four-seam grip on his throws.  The two-seamer sure can have some late movement! 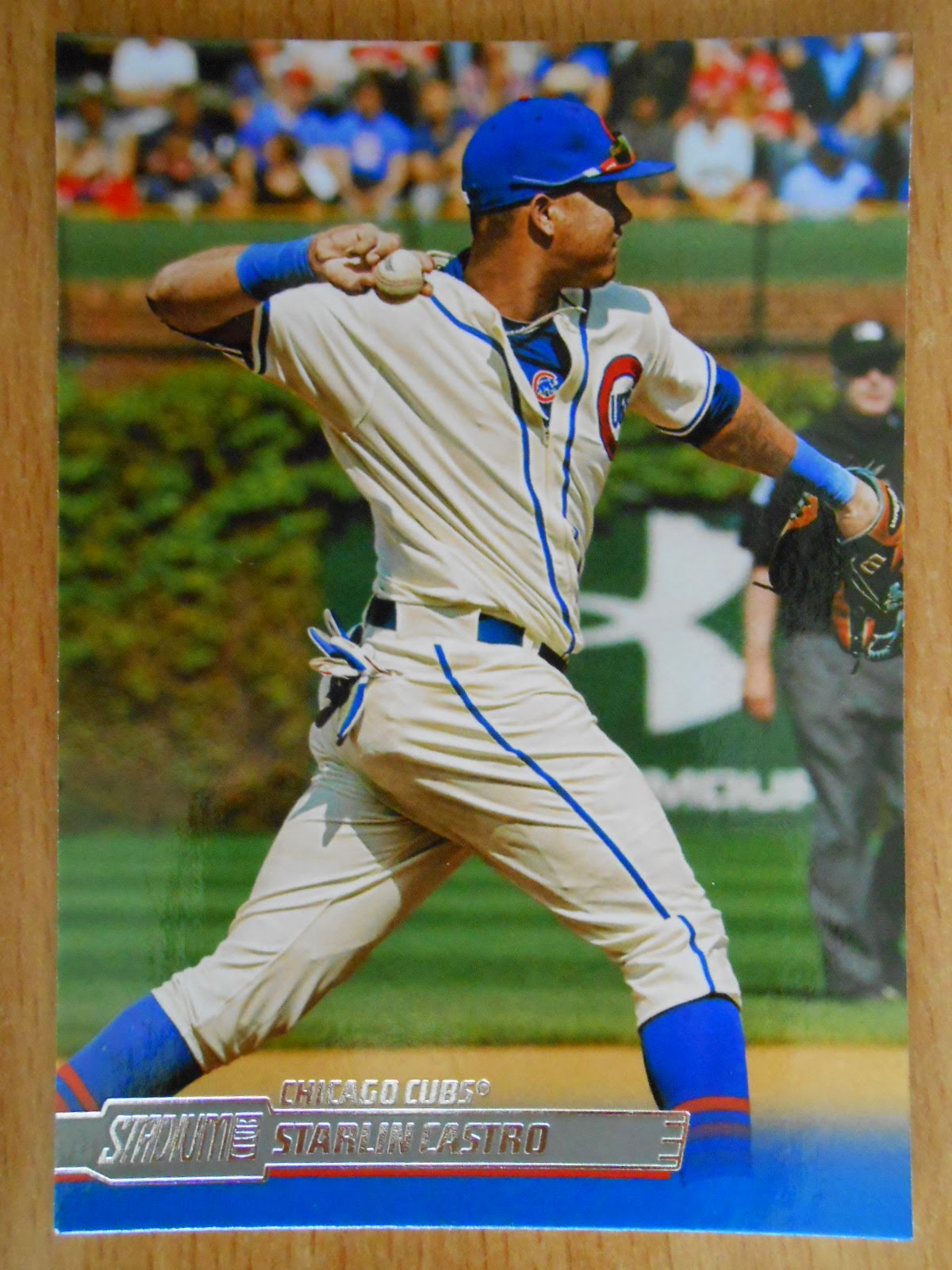 Both packages had some Sammy Sosa cards enclosed and when they're mashed altogether it looks pretty impressive. 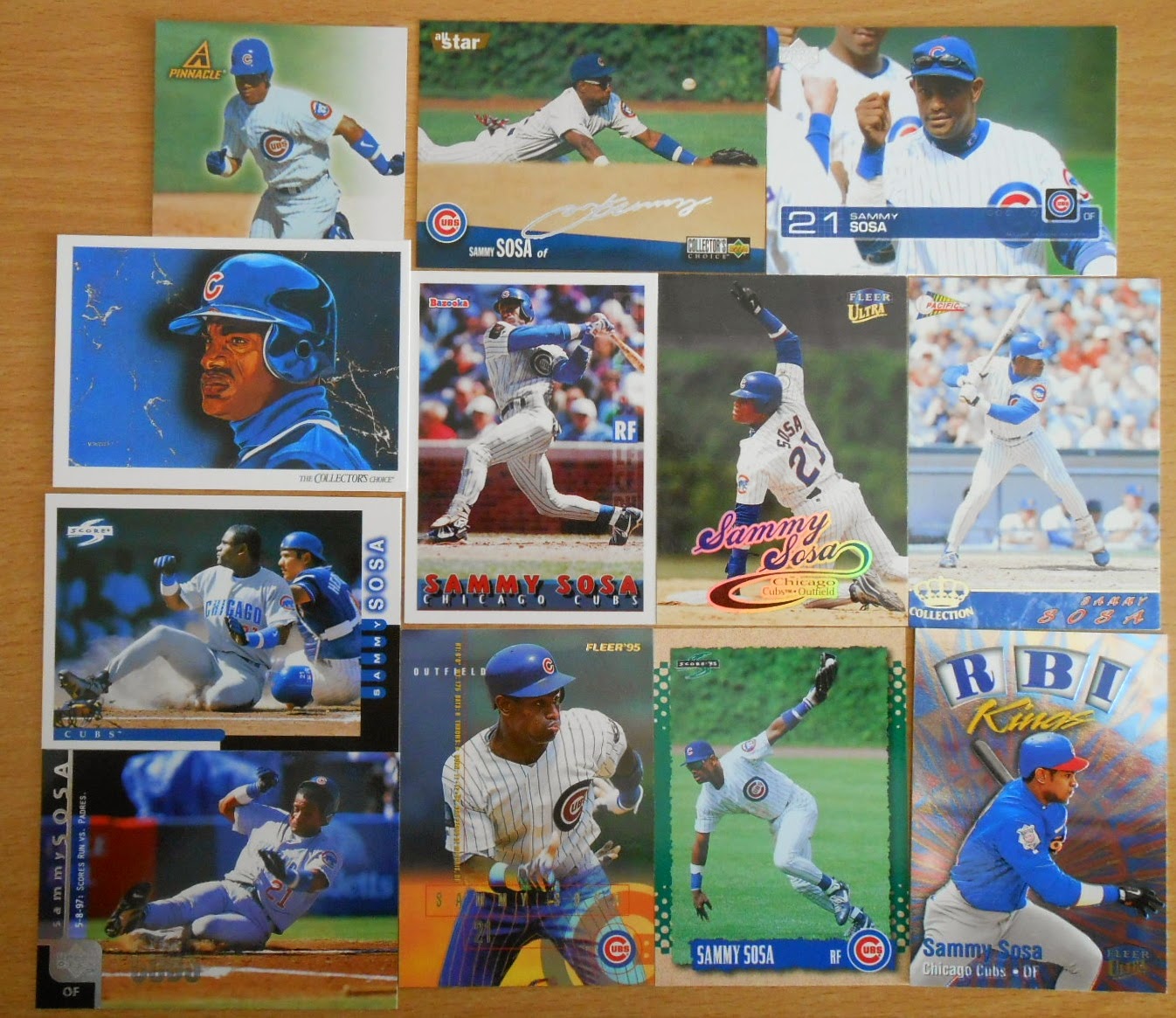 Yet, only one of the packages contained these Kerry Wood and Sammy Sosa cards.  Somebody likes to Bip others in their trade packages.   David?  Scott?  I honestly am not sure. 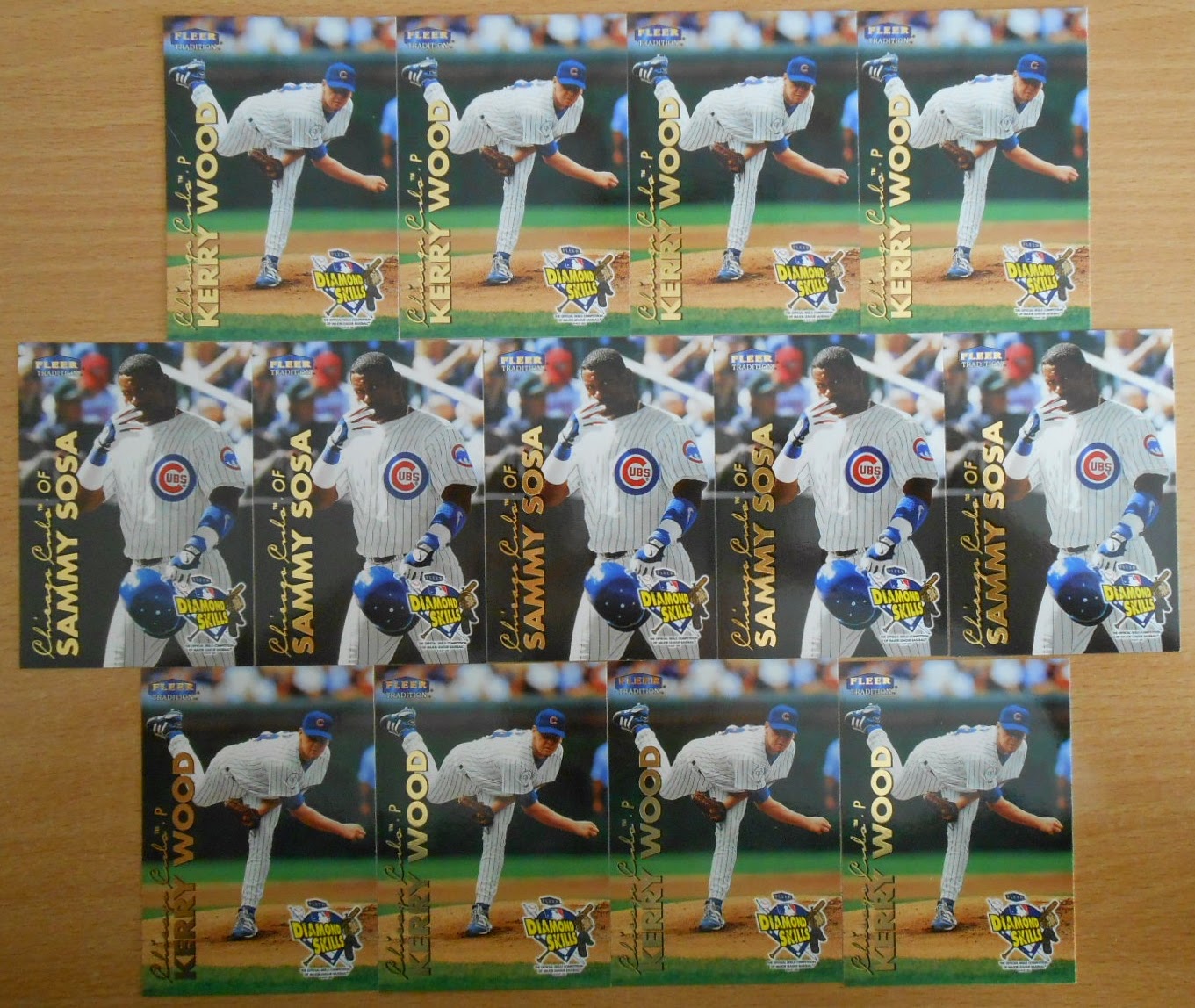 If they were actual Bip Roberts cards I think I'd be a little bent out of shape, but these cards, even in quantity, have found a good home.