Adding to the Trade Bait

Before the school year began my sister gave a 550-count box of cards.  I guess she was looking to make room and since I'm her favorite card collecting brother I was the beneficiary of her generosity.  I finally took the time to dissect the contents during last week's Chicago Bears debacle game.

Inside the box was a good chunk of 2012 and 2013 Topps Flagship, some 2013 Topps Archives, and a healthy helping of 2013 Heritage.  Plus, there was a cornucopia of random packs.  A couple cards each of Anthony Rizzo and Jim Thome along with a Ben Zobrist card staying in my collection, but the rest will go into my ever growing trade bait box!

Let's take a look at some of the finer new additions: 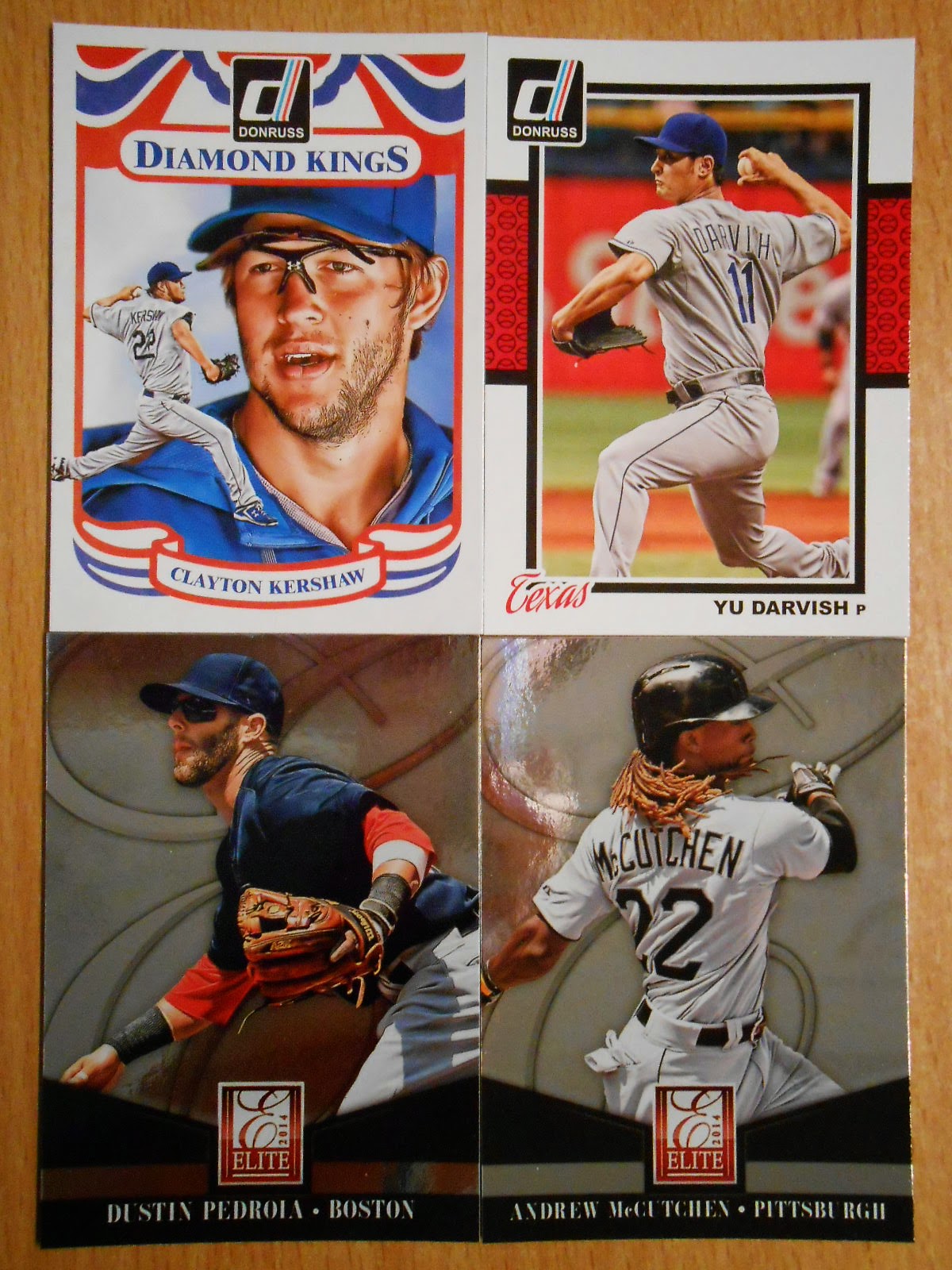 Just a couple packs of 2014 Donruss, but included were a couple of shiny cards and a Yu!  What's up with Kershaw's flip glasses.  Maybe he takes his batting practice shagging seriously? 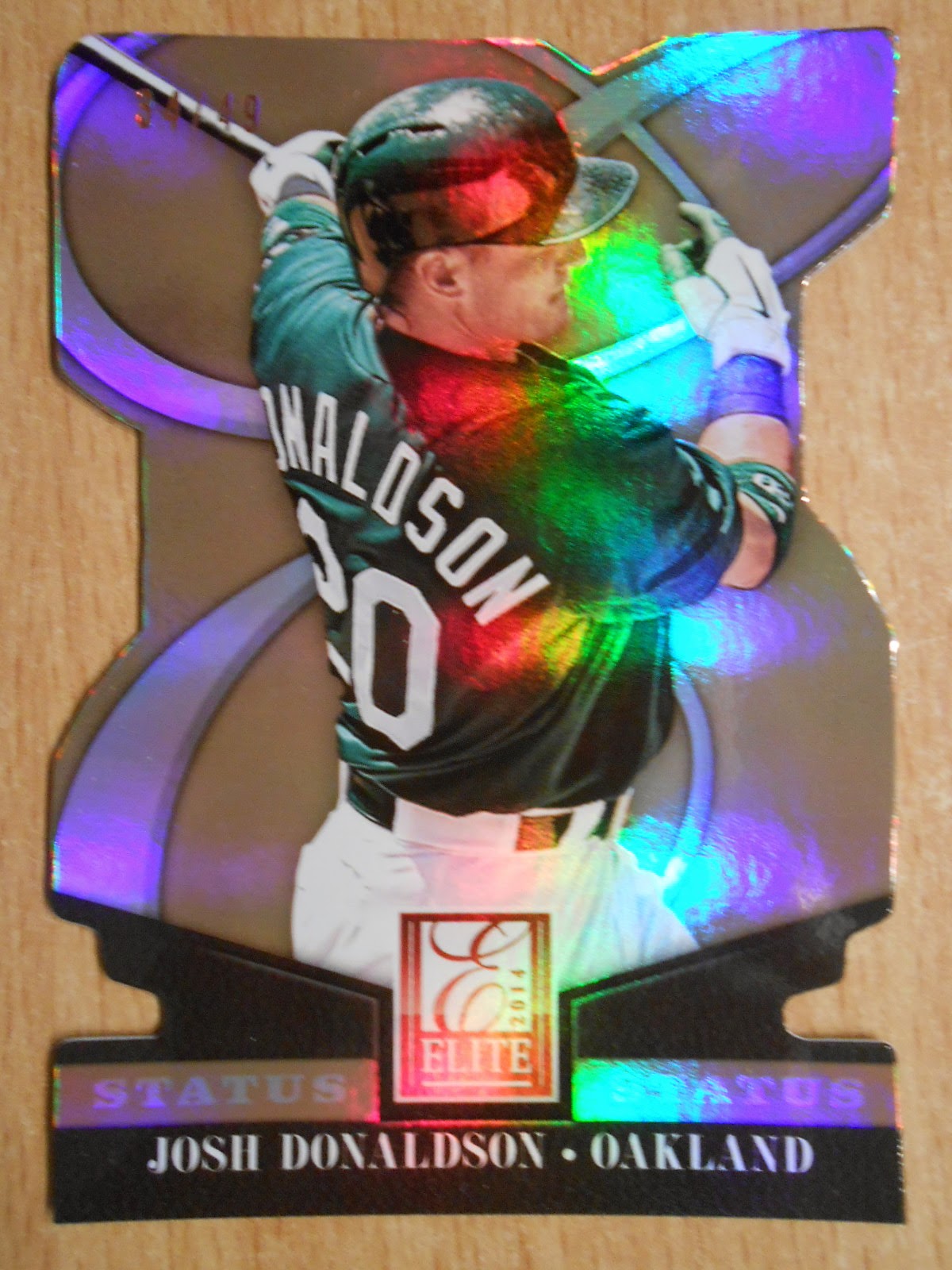 Also found within was this die-cut card of Josh Donaldson, a former Peoria Chief, which is numbered to 49.  Nice!

A few hits from the Topps section of the box: 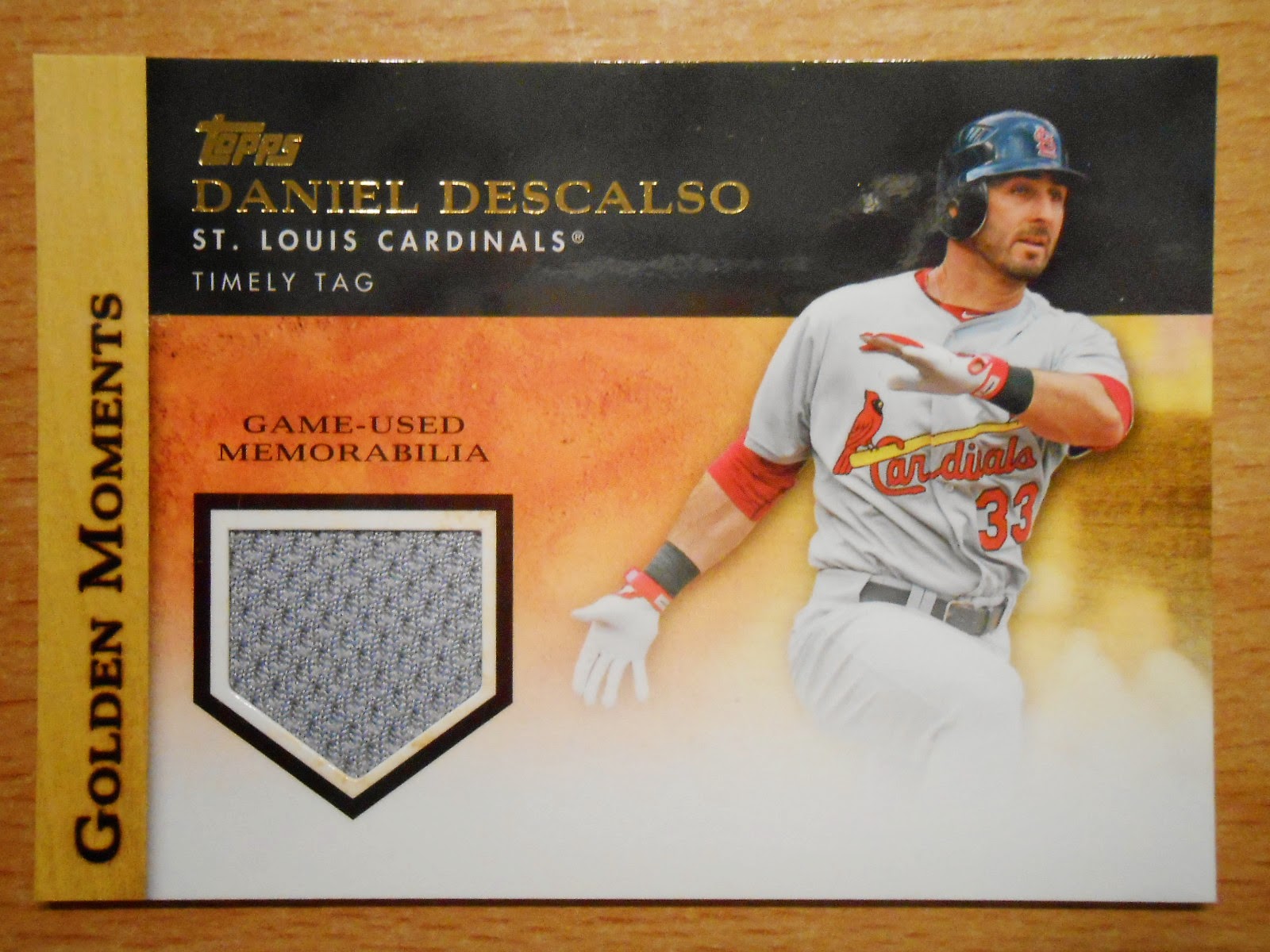 Another Yu and one of my Thome keepers: 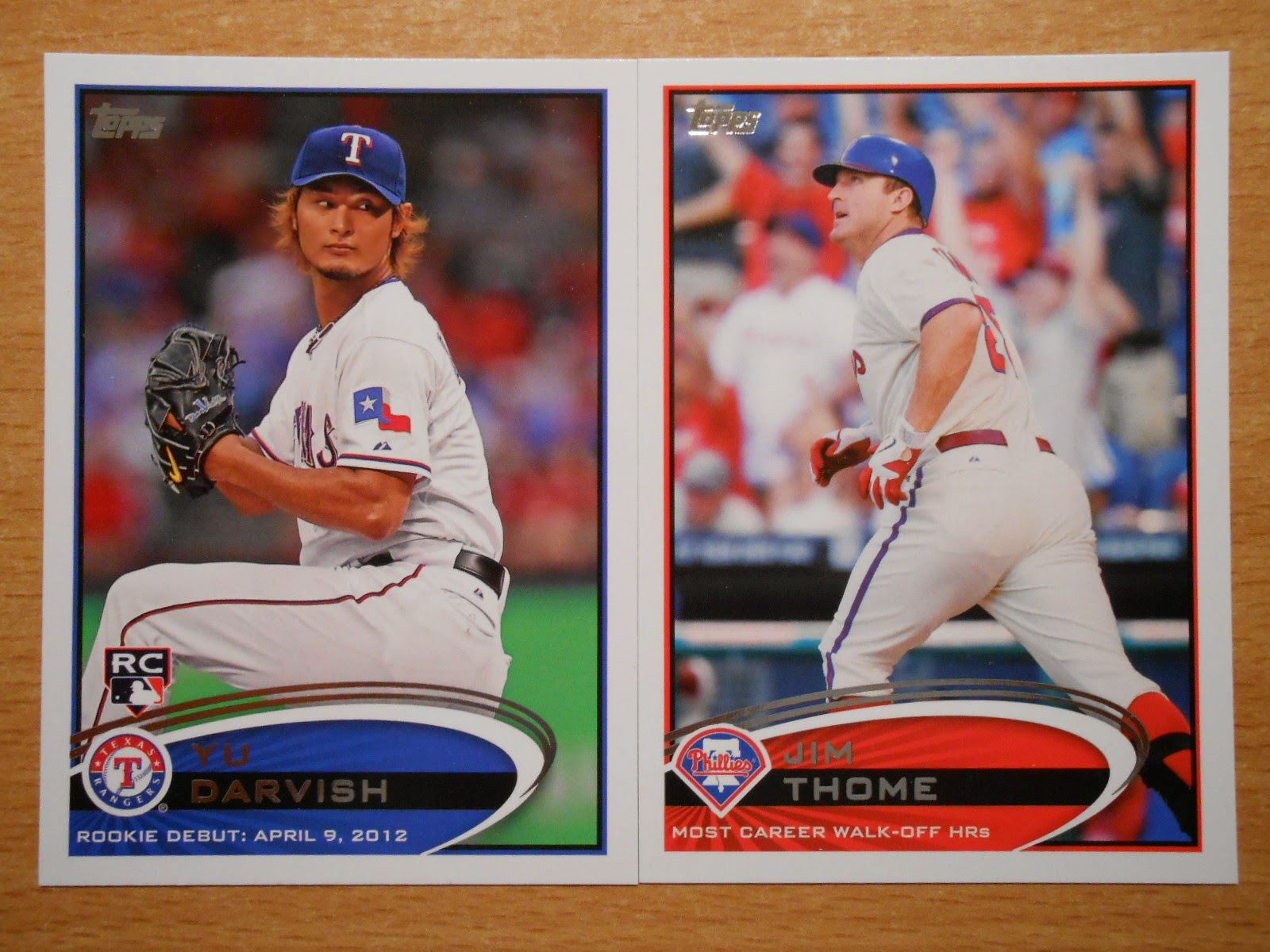 Neither my sister nor myself ever have any lucky pulling any mani-patches of interest when cracking blasters.  I suppose if you're a fan of the Red Sox you may be salivating right about now though. 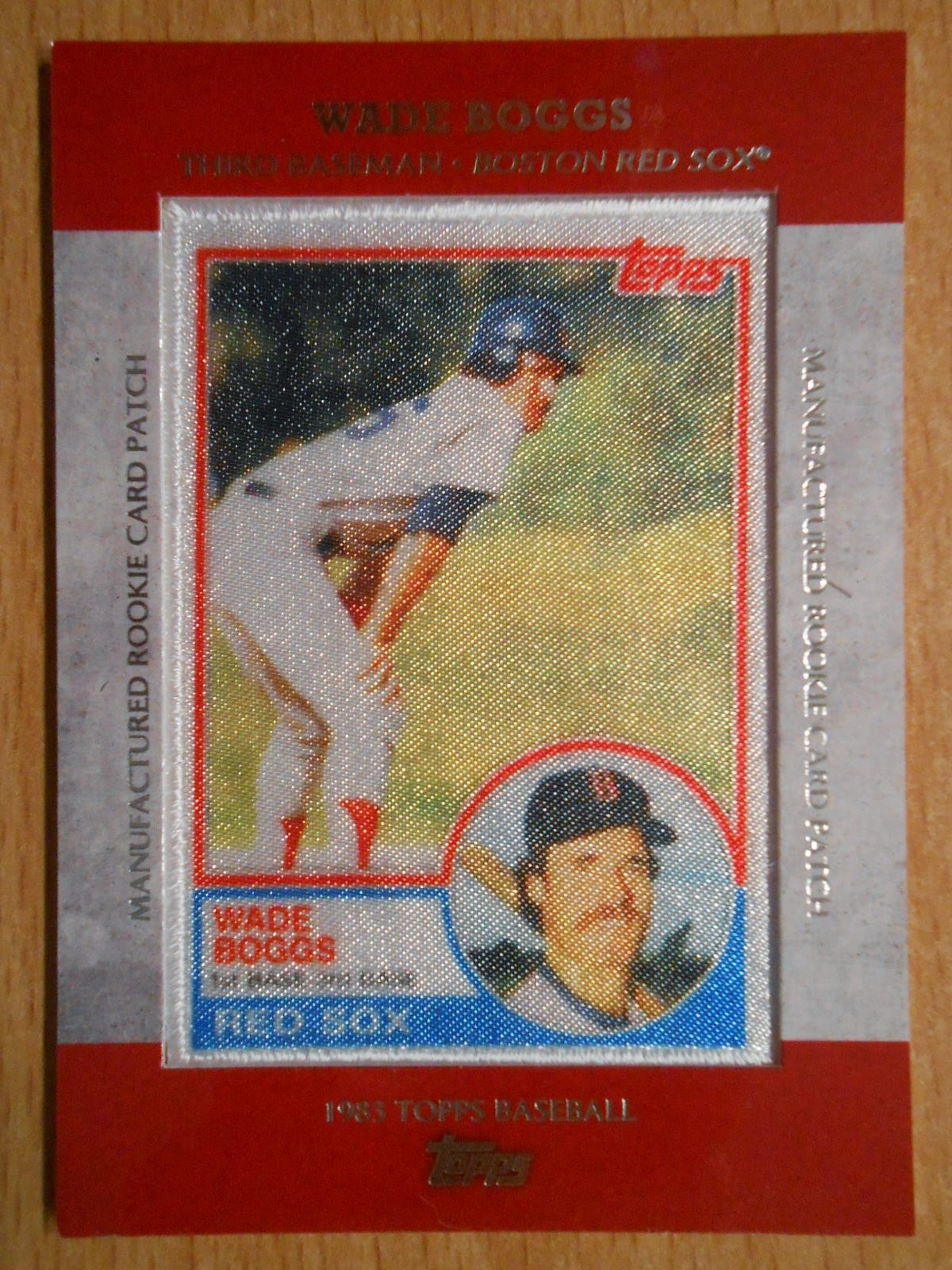 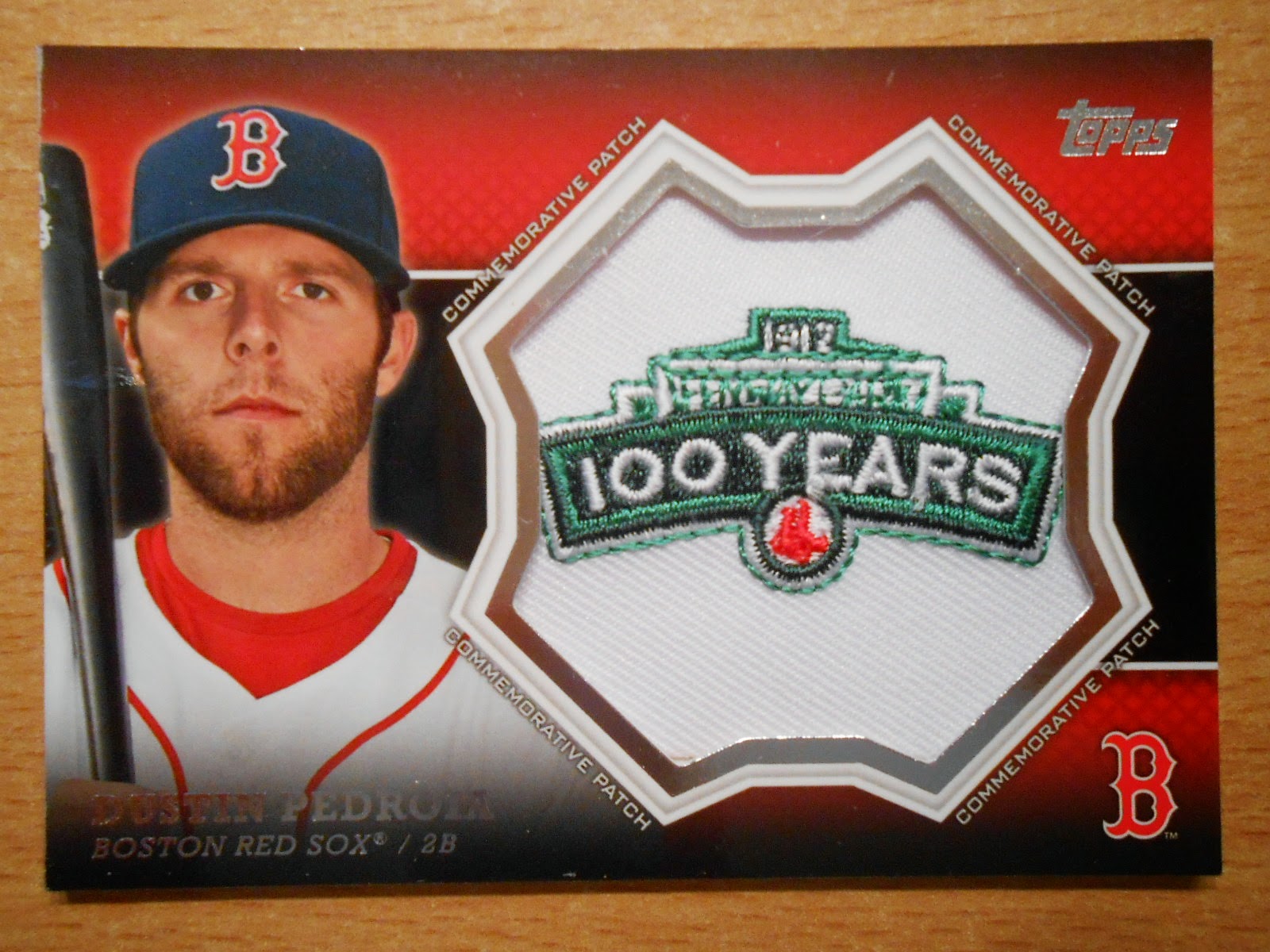 Some sweet 2013 Topps Heritage mojo: a red Tulo and a hand numbered Votto. 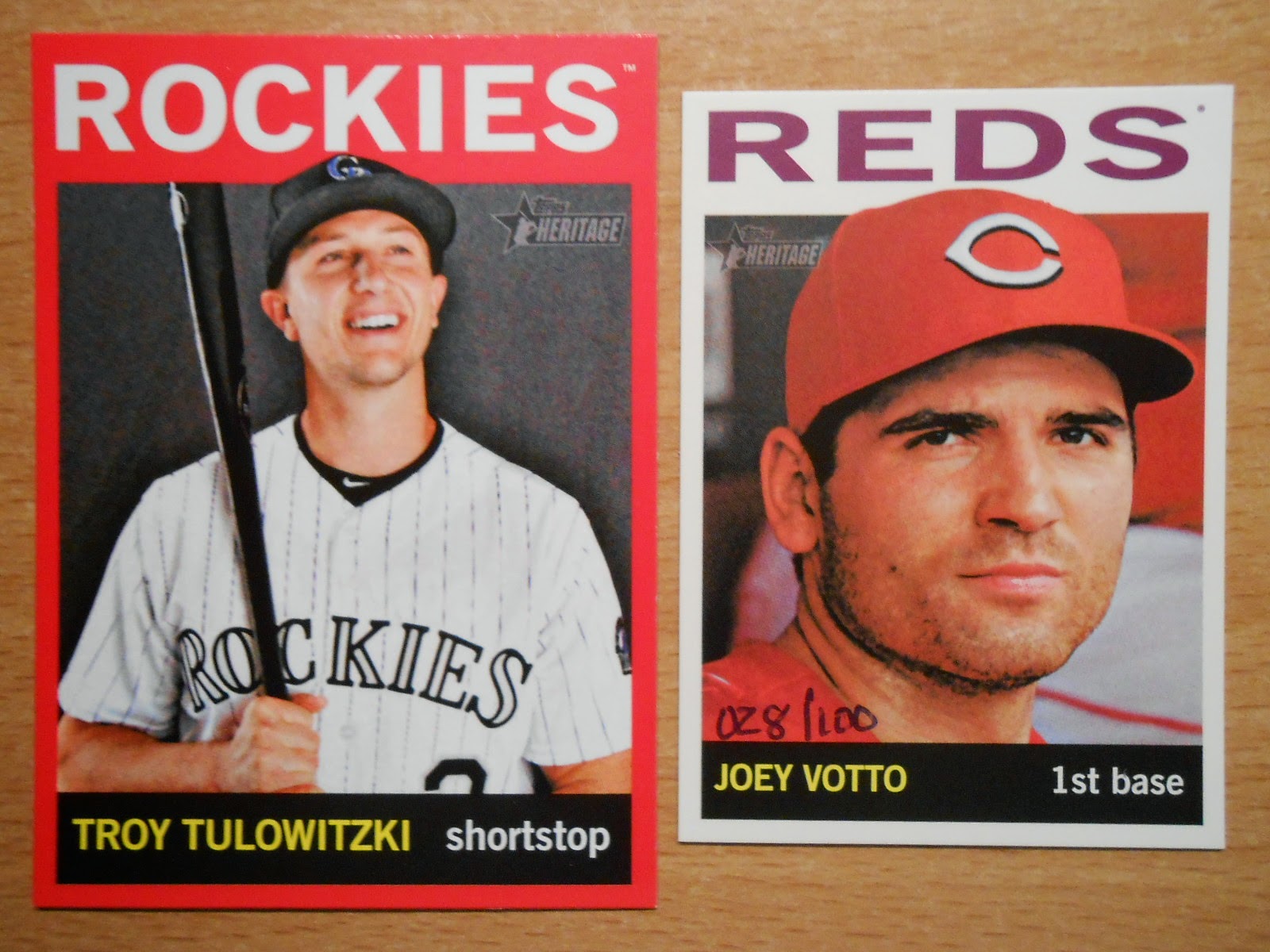 She certainly could have done worse than a MadBum relic.  Not a bad pull as far as relics go. 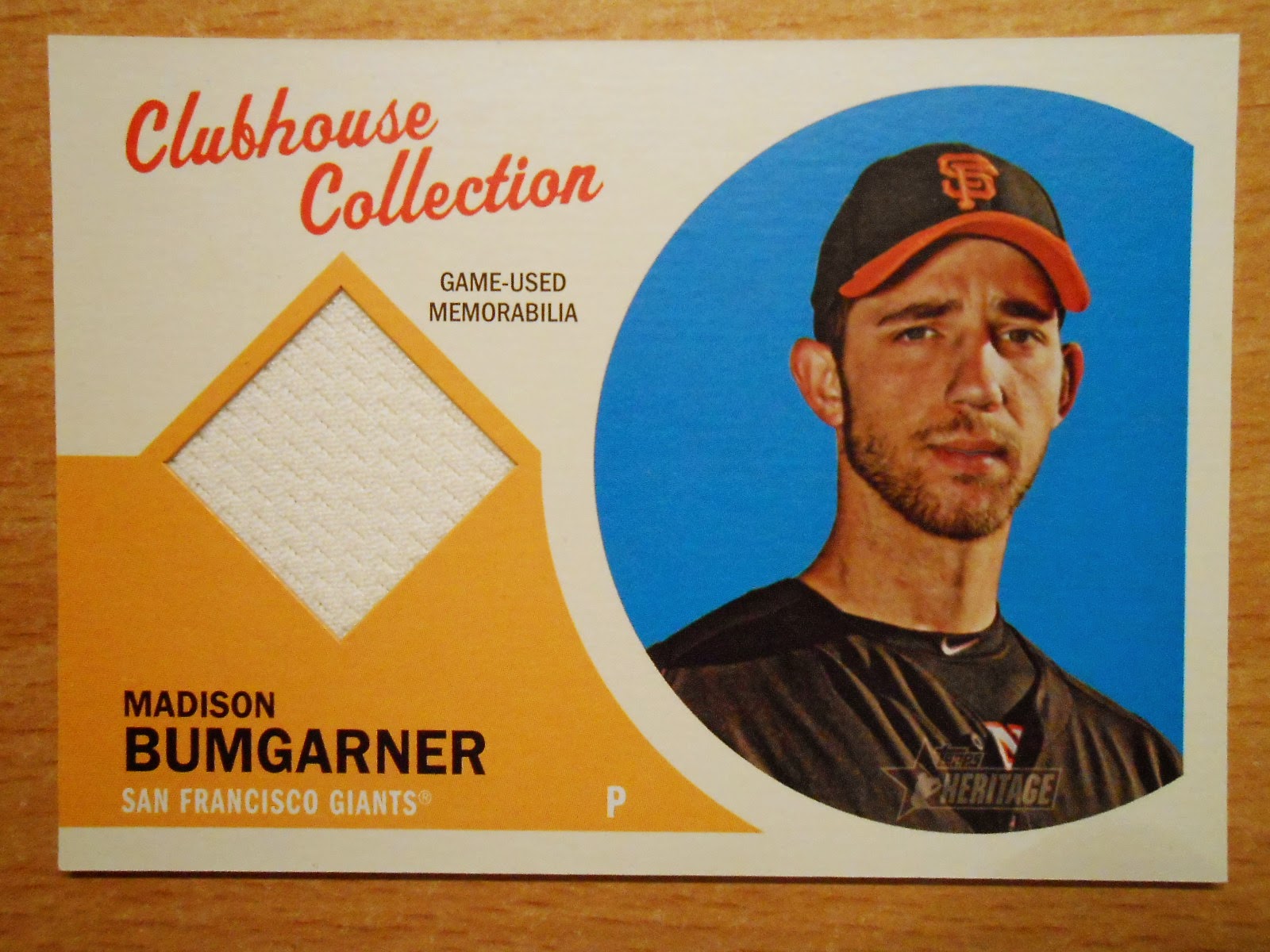 Here's a random Willie Mays card from one of the more recent editions of Topps Triple Threads.  I like the brownish back ground.  Maybe this a parallel? 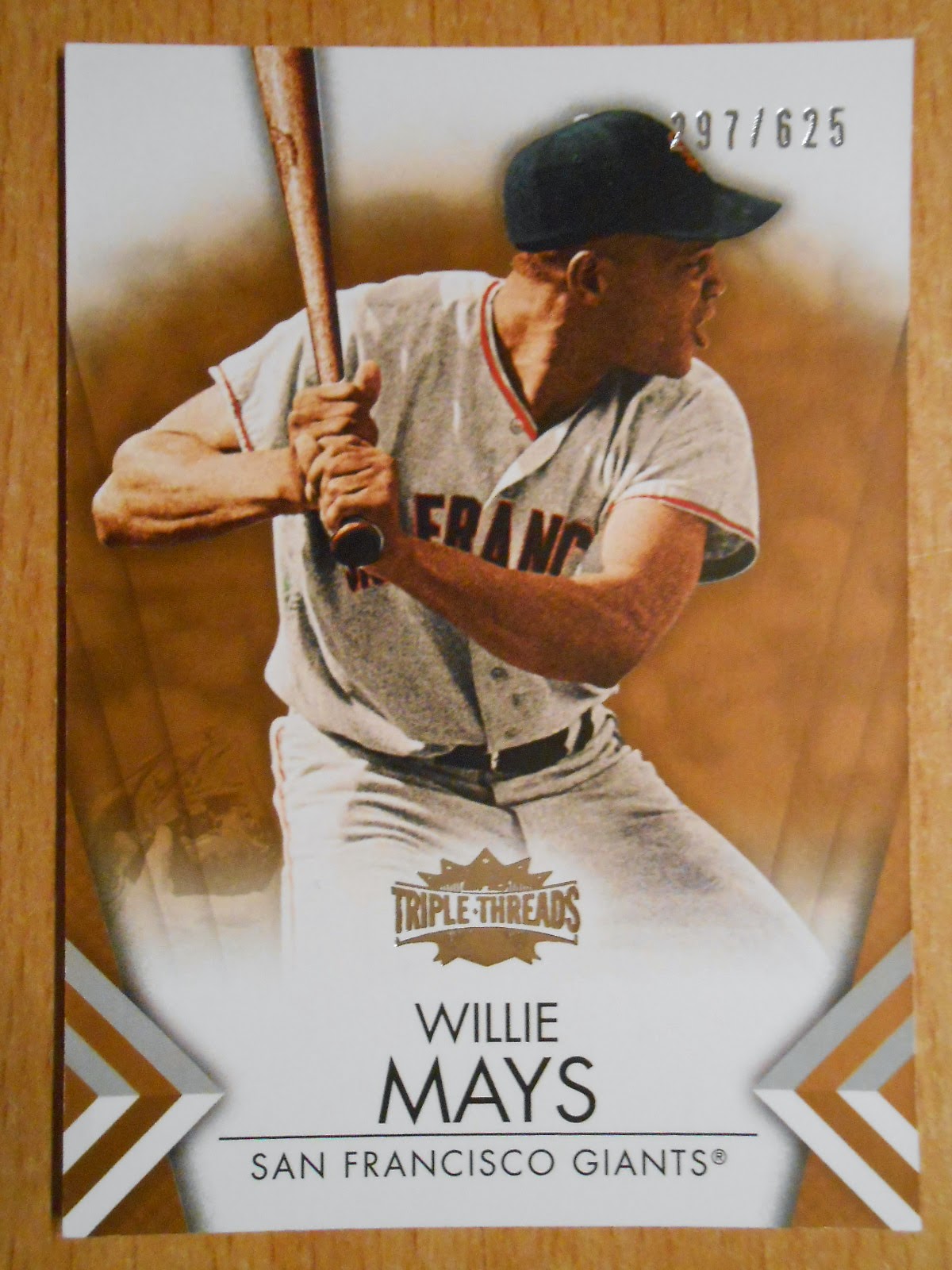 There were maybe three packs of 2012 Bowman included within the box and I found two nice ones to take a picture of: 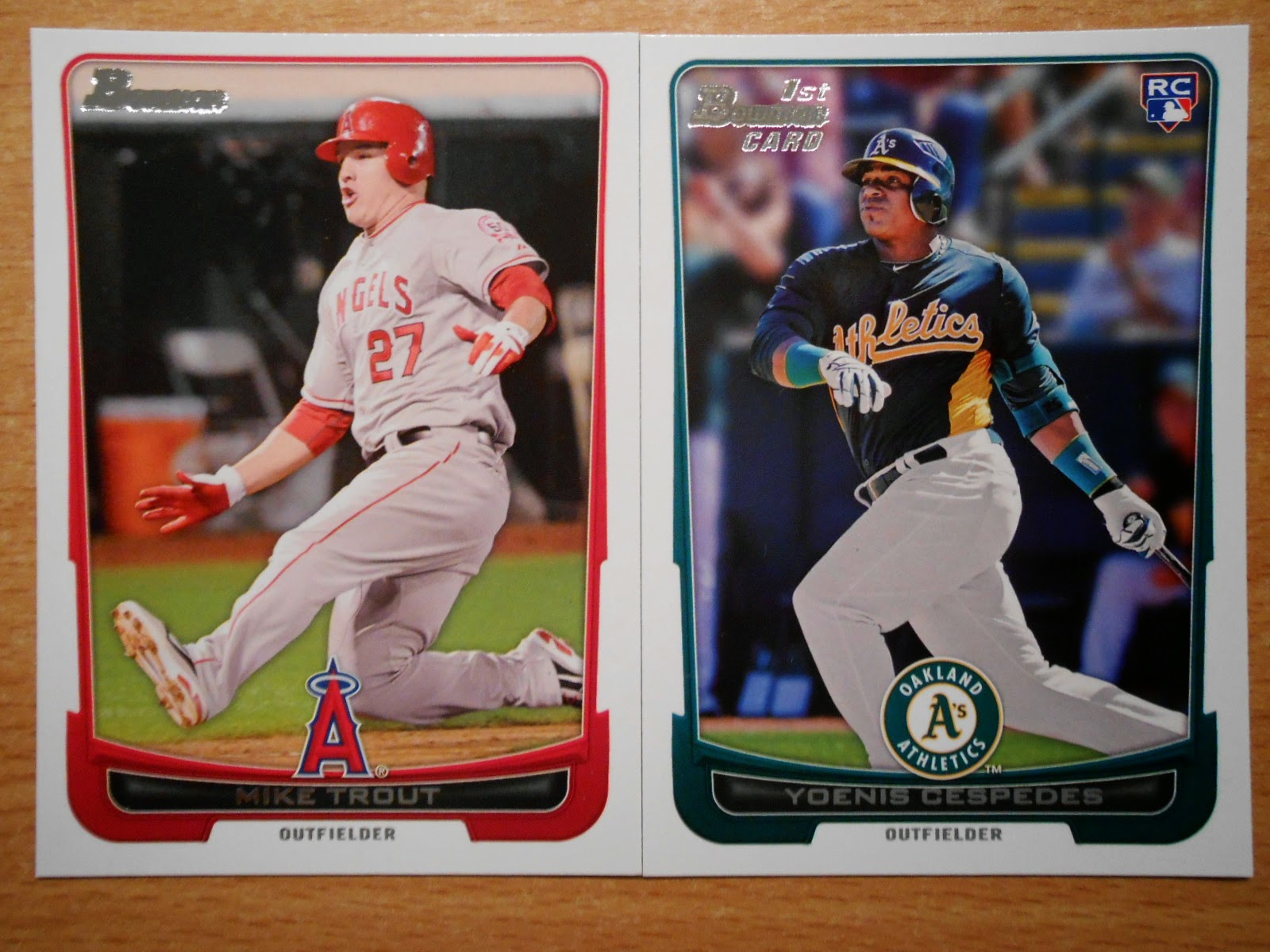 This 2000 Fleer Tradition card commemorating Cal Ripken's 3,000th hit was by far the oldest card in the box.  I may end up holding on to this one as well. 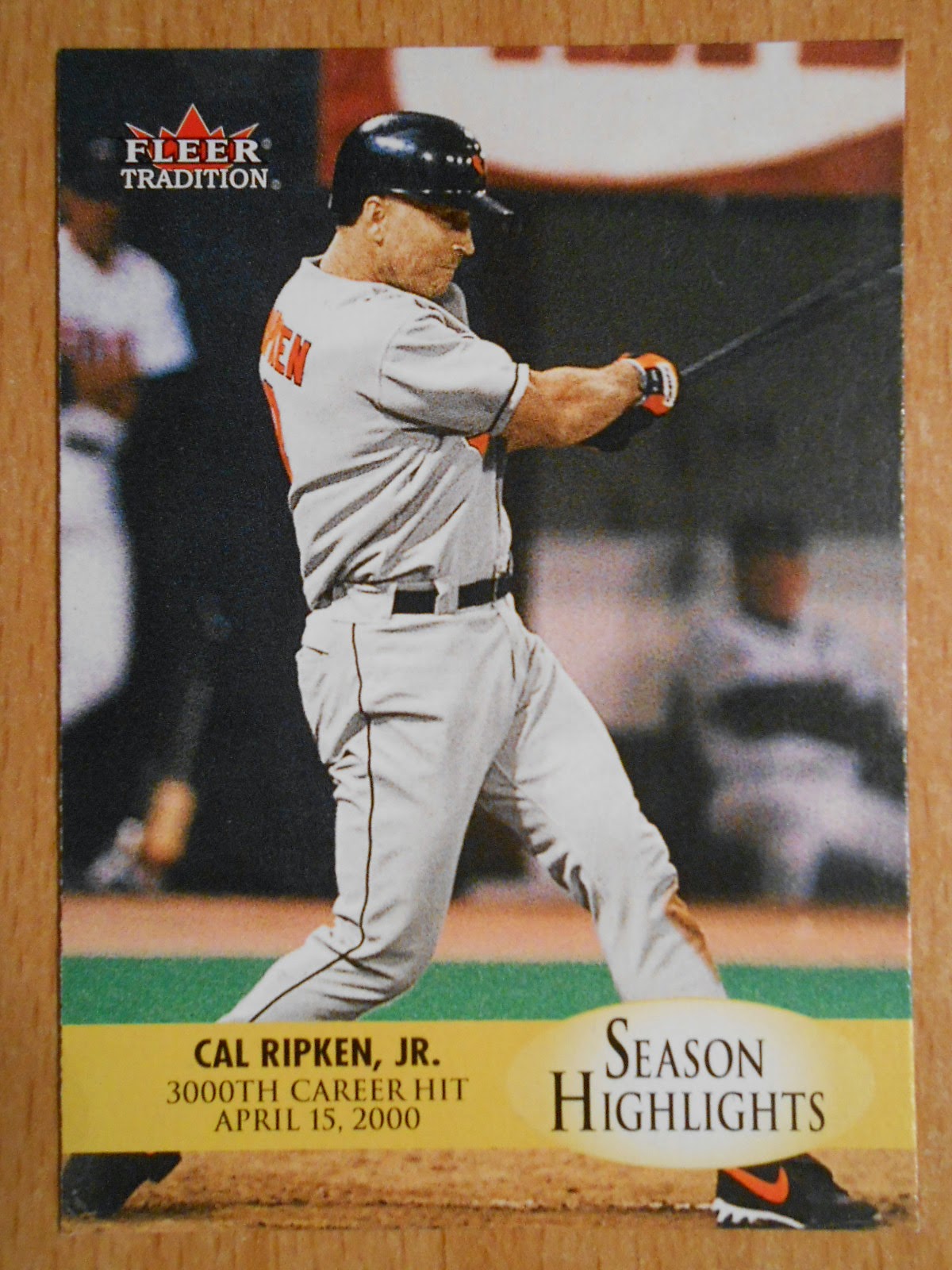 Next up we have a green cracked ice parallel of Jimmie Foxx from the 2013 Panini Cooperstown set and Walter "Big Train" Johnson disc from the same set.  Watching the "new" footage of Walter Johnson pitch in the 1924 World Series was pretty cool! 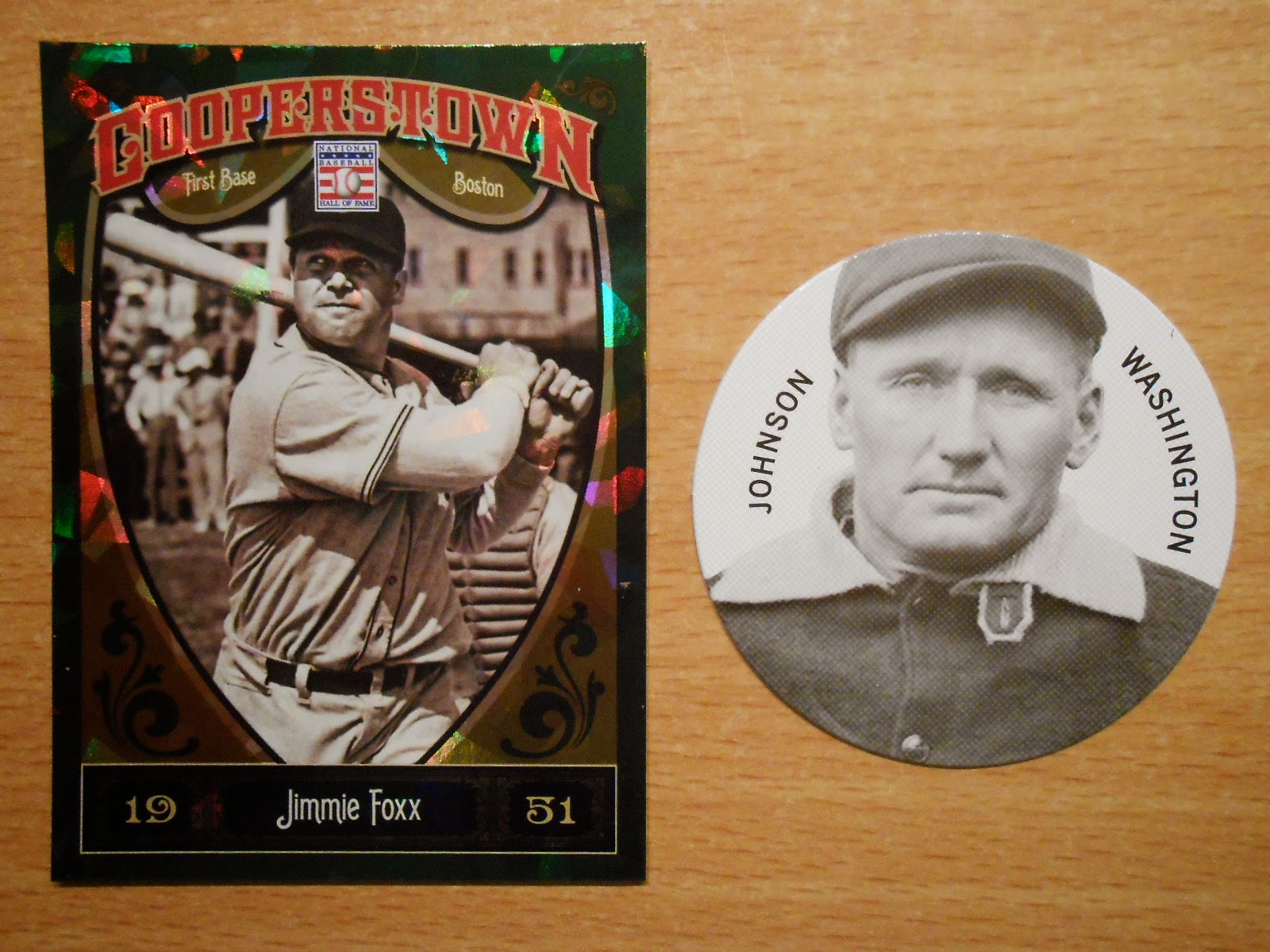 Topps Chipz!  I like these, but I just don't know how to store them.  The Swisher is a base, the Cain and ARod are magnets and the Sabathia is a gold magnet.  I guess I could stick three of them on the refrigerator and let my card play with the Swisher.  He seems to like the Chipz. 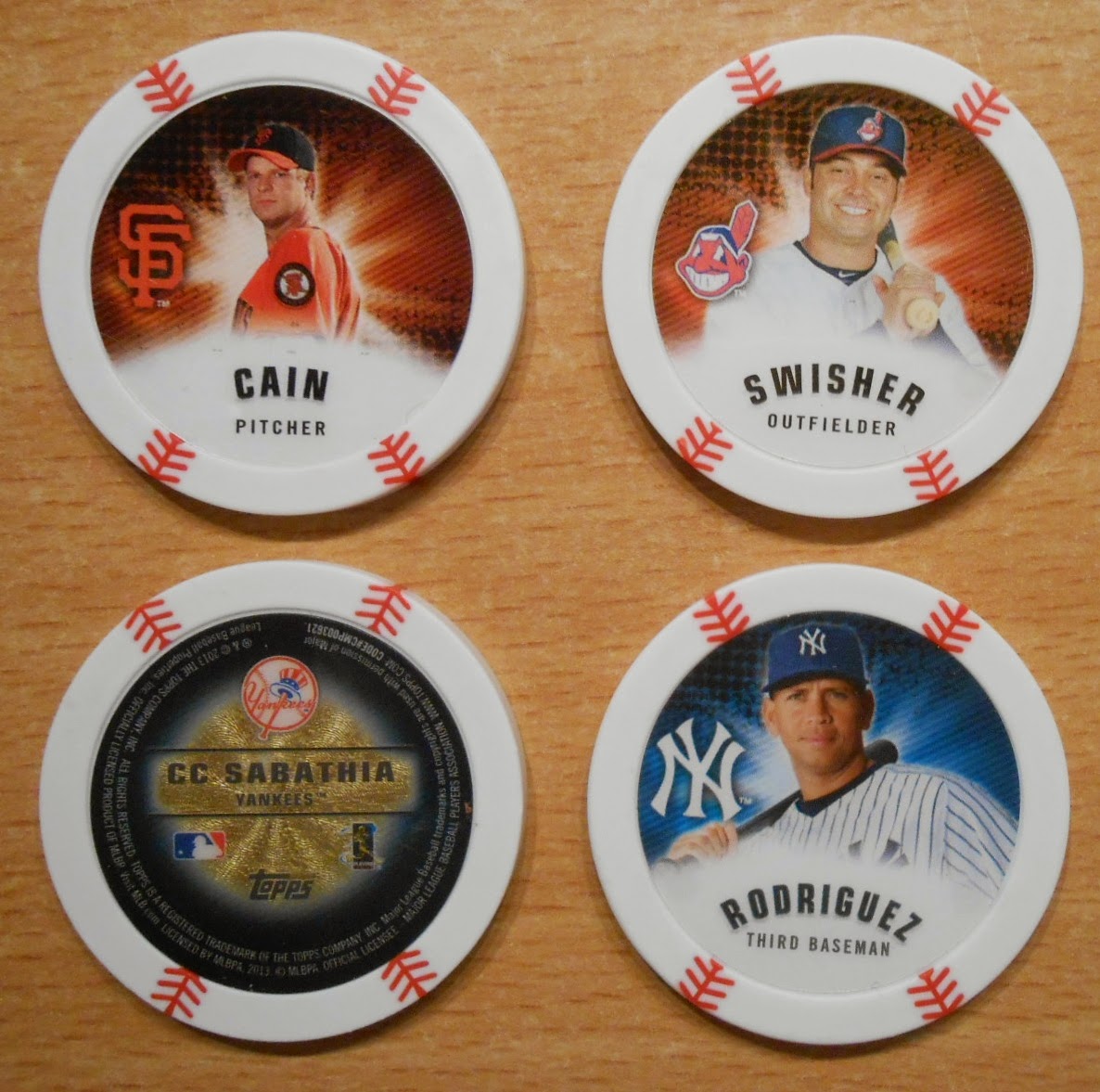 In all, my trade box is reaching it's spilling point.  Some teams are very well represented, and others (D'Backs & Padres) are nearly devoid of cards.  There's some decent stuff in there, but there's also the contents from a few repack boxes. 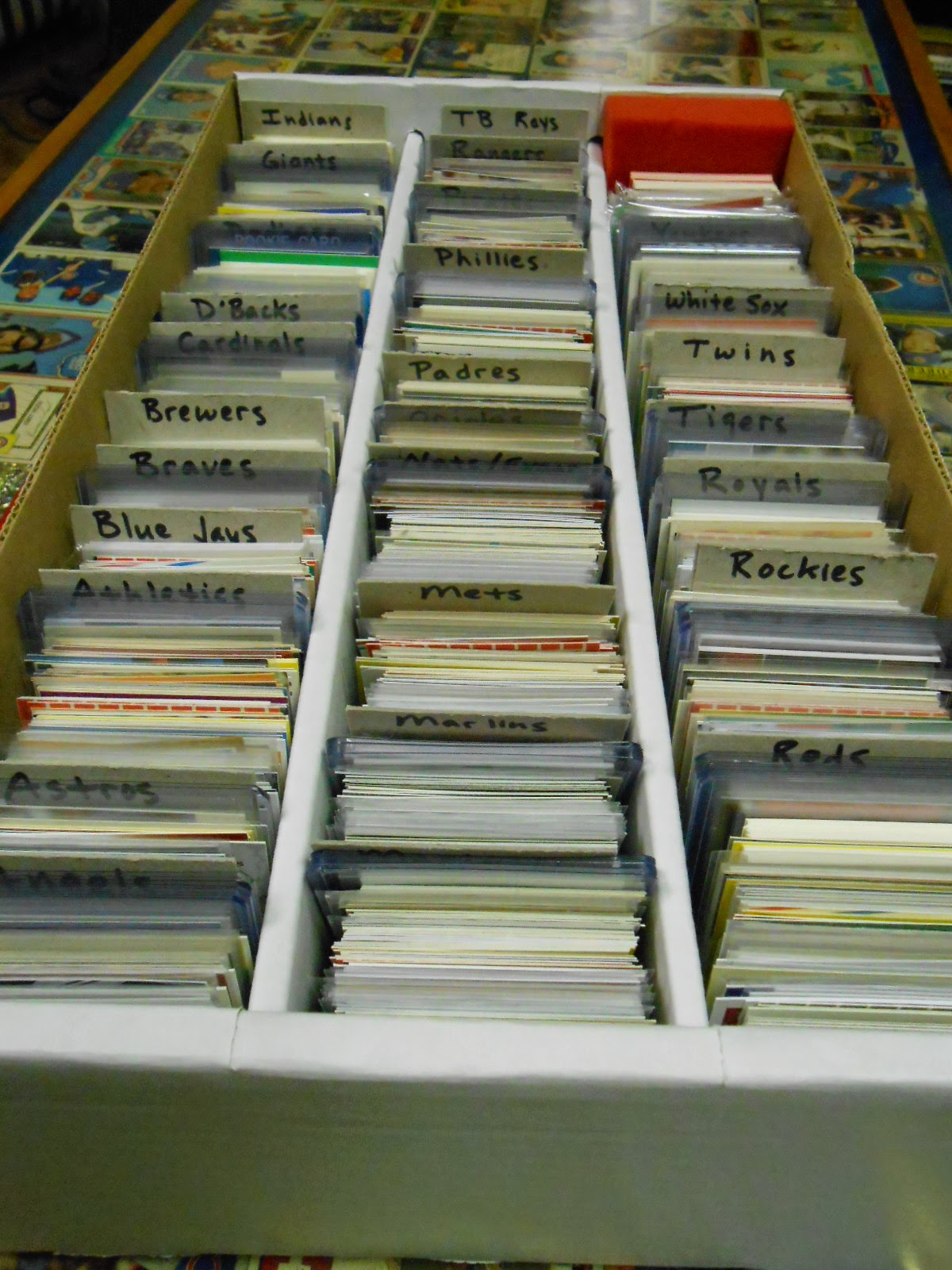 If you're a team collector or saw anything you like from the photos above be sure to leave a comment or hit me up with an e-mail!