The Prowling Cat visits my mailbox.

As I've made my round around the blogosphere I've learned a few things along the way about the authors of the blogs that I regularly frequent.  Some bloggers collect wrappers, some chase down every color of the rainbow, while others collect double play cards or play at the plate cards, and some collect just about everything.  Zenus the author of The Prowling Cat, collects business cards and pocket schedules from all types of sports teams.

During my trips to different ballparks this summer I've been picking up extra pocket schedules for Zenus.  I figure I'd pack them in a PWE and send him his way at the end of my summer vacation as nice little surprise.

Apparently, he appreciated my efforts and he sent some Cubs back my way.

Let's take a look, shall we? 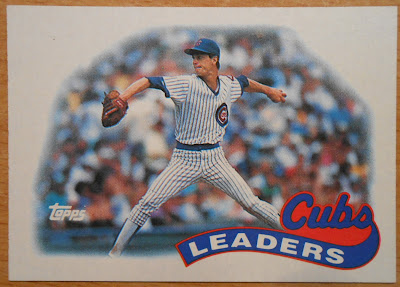 I believe that's Jamie Moyer on the front, but he's no where to be found among the statistical leaders on the back.  Some guy by the last name of "Maddux" seemed to have dominated the Cubs' pitching leader board in 1988.

Another card from '89 Topps: Ty Griffin. 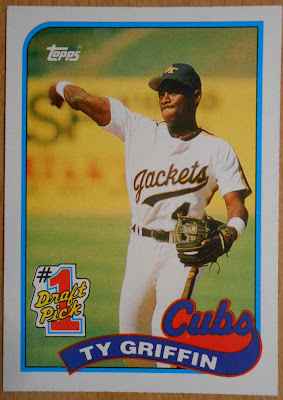 1989 Topps was the second set I collected in my youth and the first set I completed.  (I just finished my '88 Topps set in the past year.) Griffin played for the Peoria Chiefs as he tried to climb the ladder to Wrigley Field.  While he played in Peoria I was able to snag his autograph on this card and his '88 Topps Traded USA card. 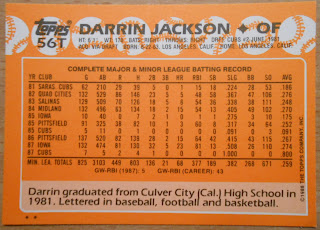 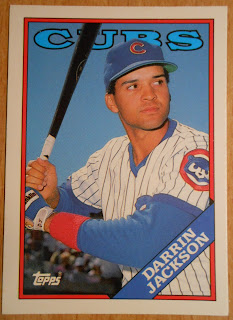 I didn't recognize this card of DJ from the '88 set, but once I turned it over it was hard not to notice the bright orange from the '88 Traded set.   My camera, for whatever reason, doesn't do the orange justice.

I believe the next card is a duplicate in Dunston mini player collection, so I might throw it in my stack for GCRL with a couple of other double play cards.

1987 Sportflics: Shawon Dunston.  I've done my best to capture the three shots on the front.  Finally, a plus to posting with camera shots over a scanner. 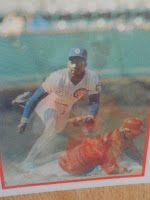 The above cards were just a smattering of the Cubbie goodness that Zenus sent my way.  A pretty sweet haul for not expecting anything in return.  Thanks, Zenus!