My Angels were In Order, but now they're gone.

I have all my trade bait sorted by team in a 3000 count box... nicely labeled and orderly.  My Angels stack was pretty large and then Tom, from The Angels, In Order, contacted me and now my stash of Angels is quite depleted!

I'm okay with that though, because Tom sent lots of set help my way and some other fun Cubs.  Let's take a look, shall we?

Set help!  I still need just over one hundred cards in my Topps Total set from 2002, but I can cross Mr. Palmeiro off the list. 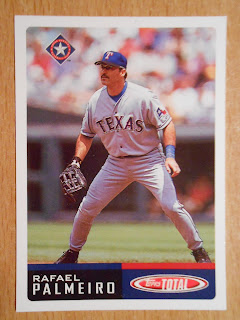 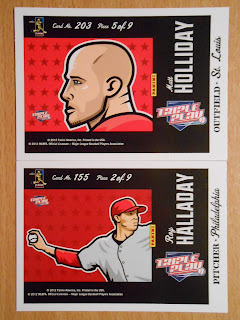 I found it pretty cool that Tom was able to knock of the last piece of the Holliday and Halladay puzzles in the 2012 Triple Set.  Only seventeen more cards to go in that one!

Eleven more cards to cross off from the 1994 Fleer set; only about eighty to go! 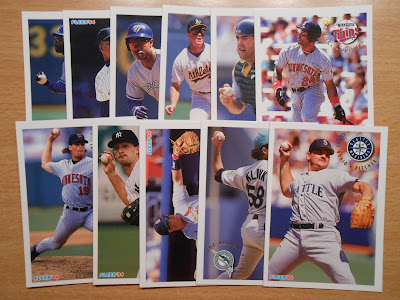 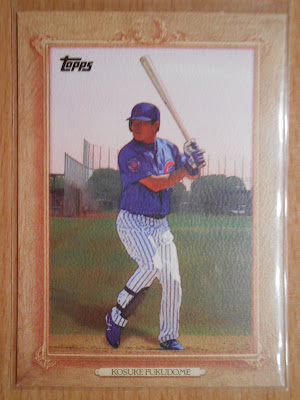 I like that these appear to be painted/sketched.  The cards are pretty sweet looking and it's a set that I'm a little bummed about not completing initially back in 2010.

I'm a big fan of random Cub cards.  Especially those cards that are from sets that I'm not familiar with.   Here we have examples of Fleer Ultra sets from three different years.  Nice! 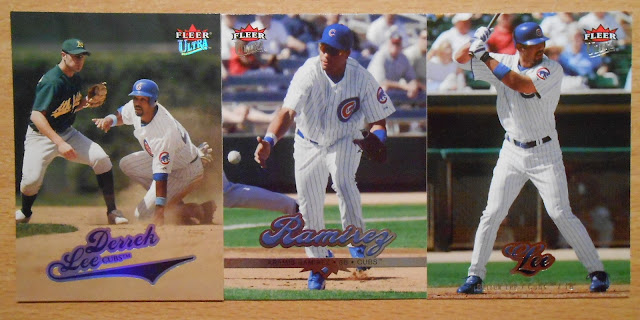 I also love my Cubs prospects.  Yes, I'm a bit of a prospector, but these days I think most Cubs fans are.  Let's face, there hasn't been much to cheer about in the last five years. 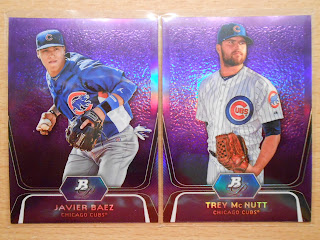 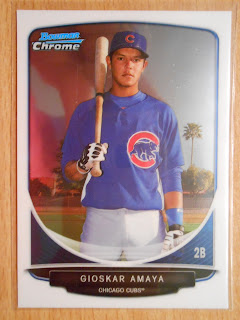 Above we have some 2012 Bowman Platinum of Trey McNutt, who was the 2010 Cubs minor league pitcher of the year, and Javier Baez, who is a virtual lock for the 2013 Cubs minor league hitter of the year.    I love me some purple parallel platinum (and alliteration)!   The 2013 Bowman Chrome of Gioskar Amaya is certainly welcome in my collection as most of Cubs cards from that set are in my FrankenSet.

Thanks for the trade, Tom.  When I've replenished my stock of Angels I'll be in touch!