A reader of the blog by the name of Zippy Zappy contacted me about a couple of Sega Card GEN  singles he had that featured Cubs players.  Huh.  Sega Card GEN?  Never heard of them.

Having piqued my interest, I sent Zippy Zappy a small little stash of ARod cards and I hoped for the best.

Well, those are pretty cool!  I like how the cards feature the Cubs' main colors.  The stars on the front are also intriguing... Dempster was rated higher than Castro after the 2011 season? 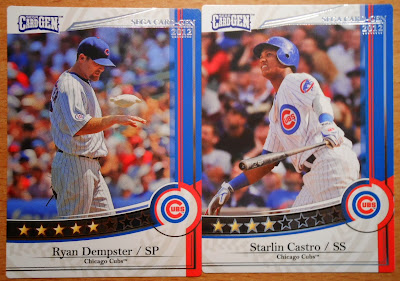 Huh, Sega Card GEN has a MLB license?  Look at all of those glorious logos!  I wonder how Topps feels about that?

How about the backs? 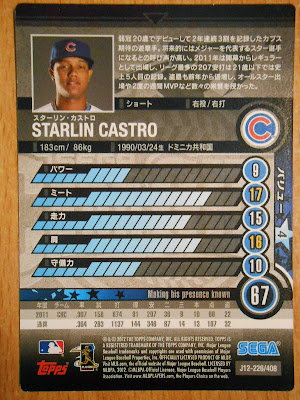 Hello!  Japanese!  Awesome!  Sorry, probably a couple too many exclamation points there.  The height and weight are in metric units and they have Castro's strengths as a ballplayer charted on a scale to 20.  Pretty cool.

Ooops.  And there we go: Topps is the manufacturer of the Sega Card GEN cards.  Go figure, that explains the use of the logos.

It get's even better!  Zippy Zappy send along translations for the Dempster and Castro cards.  Here's Starlin's card back translated:
"One of the Cubs' shining stars who made his MLB Debut at the age of 20 and had back-to-back seasons with a .300 average. Expected to represent the majors in the future. From Opening day on wards he has been the Cubs everyday shortstop and his league best 207 hits made him the 5th player in history to accomplish the feat under the age of 21. Has increased his number of steals, made appearances at the All-Star Game and earned his second MVP of the week award, adding a lot of hardware to his resume." 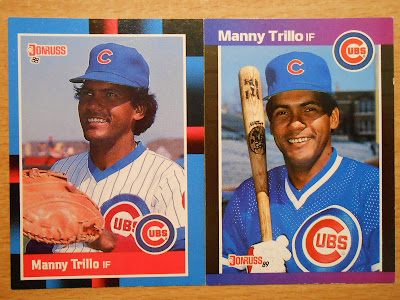 Below is two-thirds of the Cubs 1989 starting outfield that helped propel the team to the postseason.  The other third?  The Rookie of the Year: Jerome "Juice" Walton. 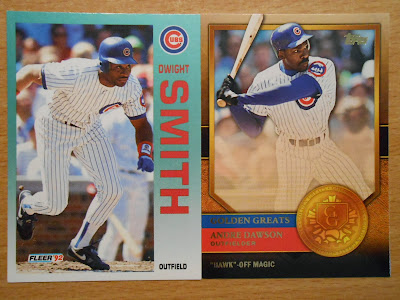 The oldest Cub card in the envelope?  A 1984 Topps card of Chuch Rainey.  Some pitchers work so slow during a game (ahem, Steve Traschel) that they are referred to as a "Human Rain Delay."  I wonder if Rainey had any interesting nicknames.  Perhaps he was one of those slow workers? 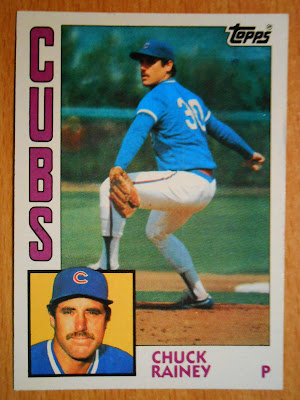 More former Cubs, but all of these are from the last two years.  The top three cards are from the 2011 A&G set... Garza was traded this past season, Pena was allowed to leave as a free agent, and Big Z was traded for Chris Volstad in 2012. 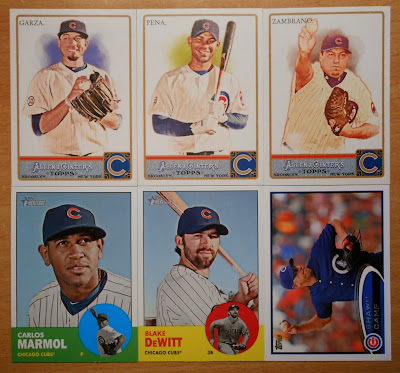 The bottom row features two cards from 2012 Heritage and one card from Topps' flagship product.  Marmol was traded this past season, DeWitt left via free agency, and Camp was cut during the season this year.  Sigh.  The roster has been a revolving door the last couple of years.

You know who hasn't played in Chicago in a while?  Yep, this guy. 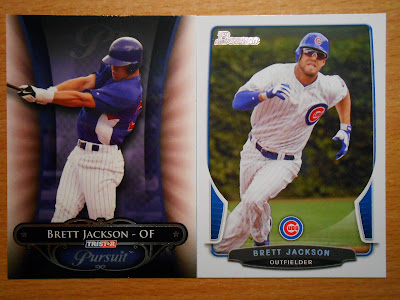 Brett Jackson used to be a top flight prospect for the Cubs.  Those days are long gone.  Double sigh.

Hey, a current Cub!  I really like the 2013 red parallels.  Nothing else witty to say. 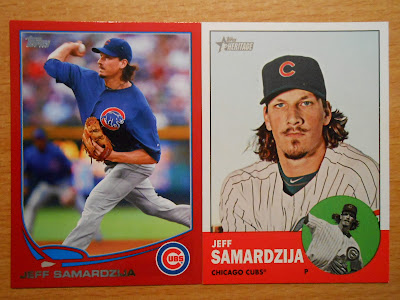 Starlin Castro!  Another insert to add to my unofficial Castro collection. 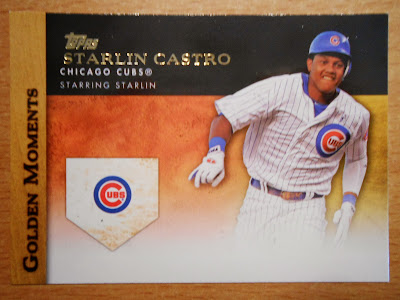 Last but not least, a nice card of Ryno with the classic '72 Topps design from this year's Archives set.  Topps did a nice job on this card. 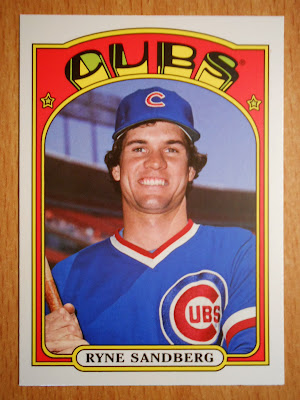 Zippy Zappy doesn't haven't a blog, but he is a super guy to have as a trade partner!  Those Sega Card GEN cards are great and thanks for all of the fun Cubs!