The Collection: The Final Big Box

I've really enjoyed rummaging through the collection that I have been gifted. I've found lots of goodies along the way that will make their way to other bloggers. There have also been a few surprises.

About two weeks ago I posted this picture asking for help identifying a signature. The daughter of original owner of the The Collection was curious as to what she had just uncovered. 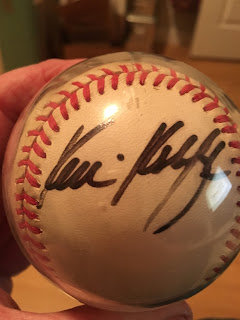 So I made a post and within sixteen minutes I had an answer. Wow. 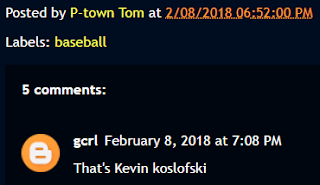 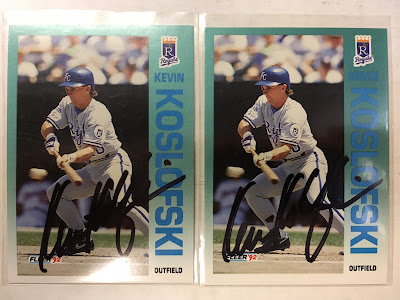 Yep, the last box was a Kevin Koslofski hot box! 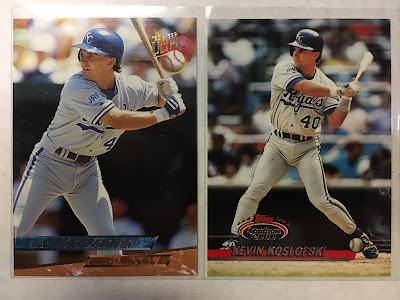 As it turns out, Koslofski is from the hometown of the original owner of the collection.

Oh, and for what it's worth, I sent one of the Koslofski cards to gcrl for his help! Thanks again, gcrl!

The final box, can best be described as a long file folder box. It housed many 800-count boxes and some other oddly shaped boxes. 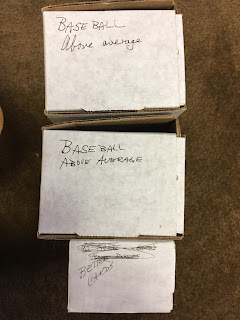 Here's a picture of my card sorting table after my sister and I had fun sifting and sorting though the contents. 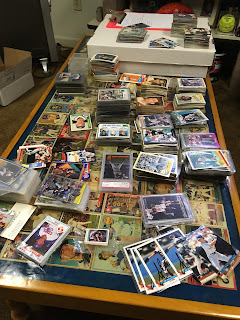 I'm  fairly certain the original owner was a fan of the Cardinals. Ugh. 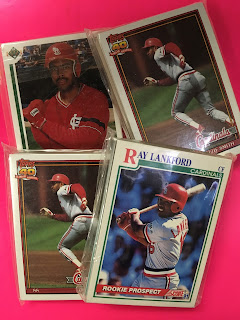 There was a nice little stack of 1963 Topps inside. 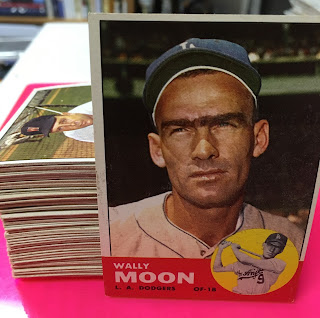 I like the Wally Moon card most, may he RIP.

I also found a small stack of 1962 Topps cards. 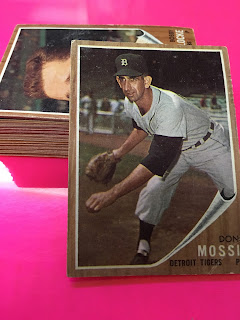 Anyday I get my hands on a Don Mossi card is a good day! 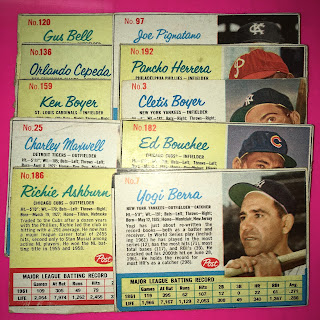 Post Cereal cards from 1962. The Yogi is going in Hall of Fame binder. Woo-Hoo!

Man, I do love vintage. 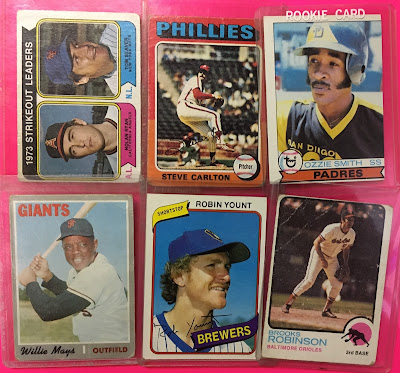 The 1970 Topps card is my first vintage card of Willie Mays. Such an awesome find and another for the HOF Binder. The Ozzie rookie is tremendously off center, but it'll do for now as I look to build the 1979 set. I haven't created a want list yet, but I think I have 400+ 1979 cards now... all from these boxes.  😀 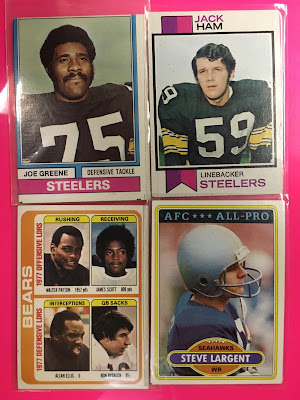 There were two copies of the Walter Payton card and one will stay in my collection. Not sure what I'll do with the rest.

Well, we might as well continue with more non-baseball cardboard. 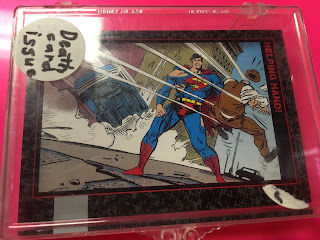 There's a dozen or so Superman trading cards. Um, okay.

And then there's this gem: 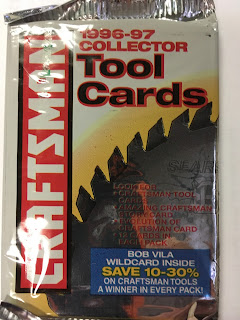 That's right. I'm the proud owner of an unopened 1996-1997 Craftsman Tools Card pack. I didn't realize the Craftsman competitive league carried over from the end of one calendar year to the beginning of the next like the NBA and NHL.

Here's a picture of ALL the non-baseball sports cards I found within the entire collection. 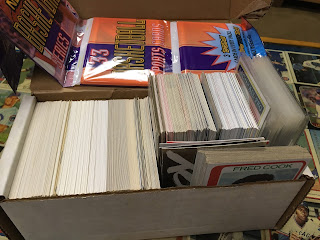 Again, not sure what I'm going to do with these. I used to collect football and basketball, but I'm strictly a baseball guy these days.

I found more cards in top loaders. Sandberg and Shaquille O'Neal rookies were some of the better ones. 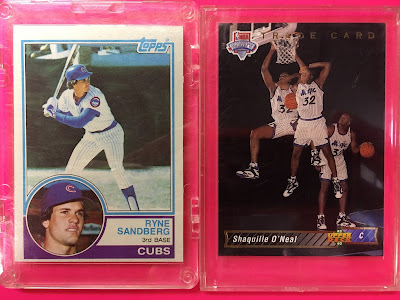 These two were pretty nice, as well. 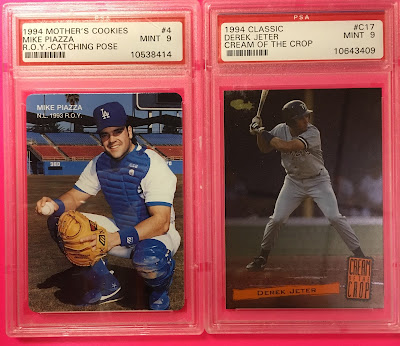 I'm not one for graded cards, but I do appreciate a Mother's Cookies card when I see one!

Six autos were within the entire 14,000+ card collection. Two of them were of Kevin Koslofski and the other four were of Jim Bullinger. 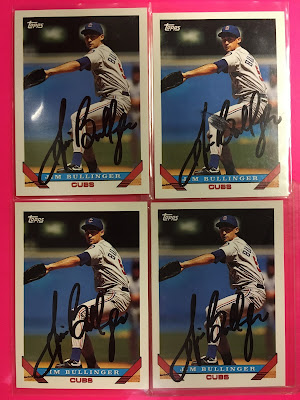 I looked, but I can't find any connection to the original owner of the collection and Jim Bullinger. 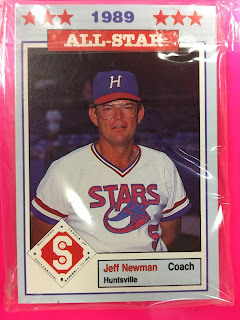 Yeah, that's a bit random. No big names in there, I've already checked.

We'll end the last box with one of my favorite cards to come across. 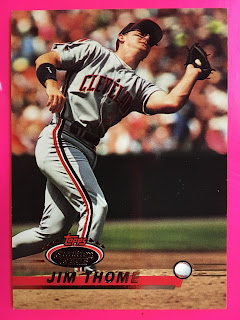 It's a second year card of Jim Thome, the local boy, who was recently elected to the Hall of Fame. Very nice indeed.

Thank you for joining me on this fun ride through The Collection. Nothing I can retire on, but plenty of excellent cards I can spread across the blogs.