I've got to be honest about this one. I completely forgot I entered a contest at Scribbled Ink to help Paul get revenge against Miguel Cabrera for backing out of Tigersfest.

Cardboard themed mail has been building up on my computer desk... there's that "Collection" in the basement I've been working on every night... school... coaching...  Yeah. Life gets in the way.

And then Paul sends you cards and a nice note to help you jog the ol' memory. 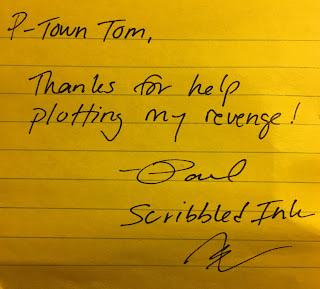 I saw the first card and it all came racing back to me. 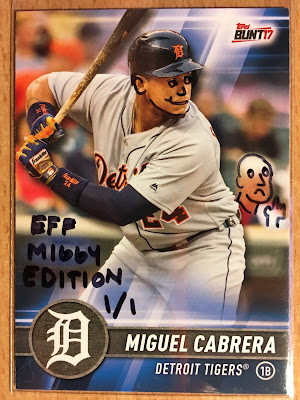 It's an Eff Miggy 1/1. I think that might be Paul in the front row giving Miggy the finger, but I'm not quite sure about that. LOL

Let's move on to the Cubs cards... 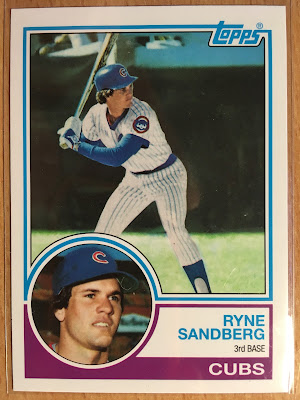 It's the Rookie Cup Ryno insert from 2017 Topps. I guess I never thought about the 1983 set not having the rookie cup on any of the cards. How about that.  For the record, this is the 866th different Ryne Sandberg card in my collection.

Great start. Could it get better? 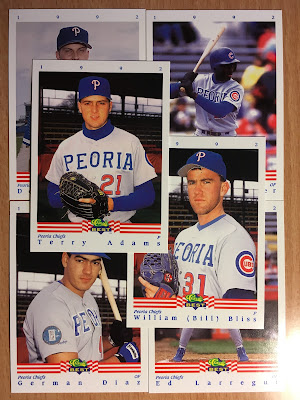 How about some Peoria Chiefs? Fantastic!  The only two names I remember are Terry Adams, who pitched for the Cubs, and Bill Bliss. I've always liked alliteration and I think that's why I remember Bliss. Or maybe it's because he spent parts of three seasons in P-town? 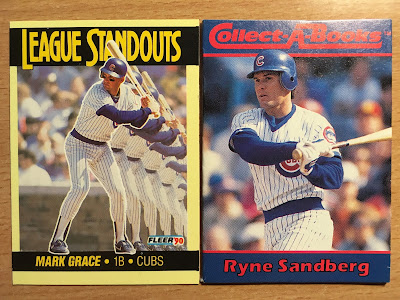 1990 Fleer was nothing to write home about, but those League Standouts inserts were pretty neat to pull. The Sandberg Collect-A-Book is in much better condition than the one I have in my Ryno collection. Nice, an upgrade.

I'm getting much better at keeping straight the Topps designs from over the years. Although, the decade of he 1950's still gives me trouble. That's a 1973 Paul Popovich on the left, which gets me a step closer to finishing the Cubs team set from that year. 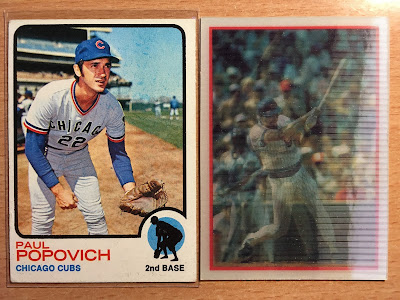 That's a Jody Davis Sportflics card on the right. Those blasted things are so hard to photograph/scan.

2018 Topps Inserts!  I love how the new cards keep rolling in and I've yet to purchase a pack. 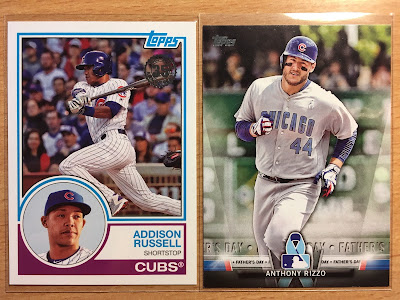 Here's one I've been on the look out for the last few months. 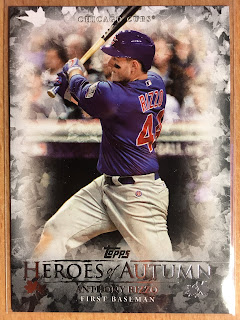 This Rizzo Heroes of Autumn card goes straight to the World Series Binder!  Now I just have to track down the Zobrist insert. 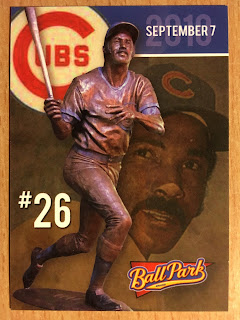 I really like this card... the statue, nice picture of Billy, big Cubs logo... and full stats one back. 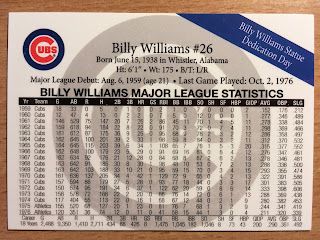 The fact that it's an oddball only helps!  I'm not sure how Paul came across this card, but I sure am happy he was generous enough to send it my way.