I've been slowing making progress on my 2013 Panini USA Baseball Champions set. Tyler, from Rekindling the Cardboard Flame, sent me a nice little PWE the other day.

Thanks for the set help, Tyler

In another PWE, Jim, aka gcrl & author of cards as i see them, also chipped in a card toward the same set. 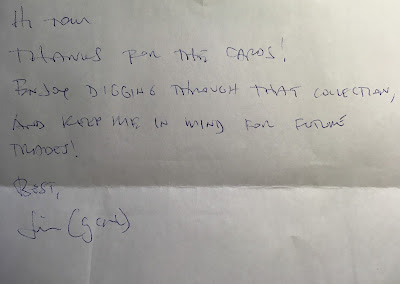 I love a good note in a trade package. 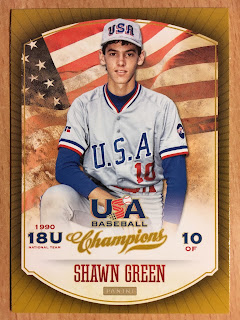 Jim knocked one more off my set want list, which can be found here. He must have had doubles of Shawn Green in his Dodgers box.

Also included in the package were some Cubs. Nice! 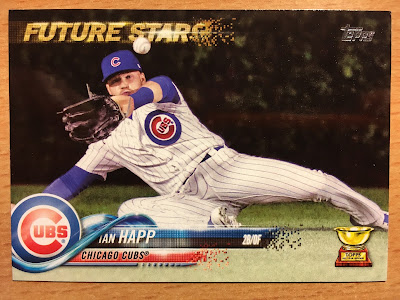 I hope Ian Happ can work his way into the lineup more than he did during the 2017 post season. He had a combined eight plate appearances in five of the Cubs ten playoff games. Maddon should recognize he's a future star. Topps sure does!

Willson Contreras is my favorite Cub and it's because he plays so hard and shows so much emotion. 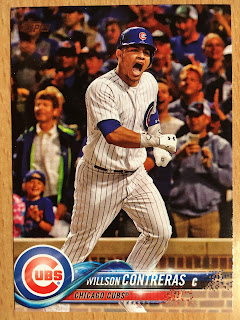 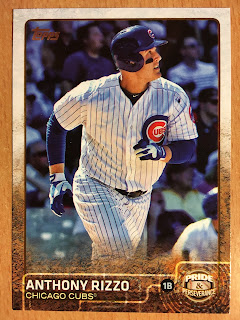 Anthony Rizzo is the cornerstone, leader, and face of the franchise. And, he's a close #2 on my current favorite Cubs list. I really like these Pride and Perseverance cards and I hope Topps continues to think outside the box for their inserts in the future.