Here's a nice picture of where we're at with The Collection. 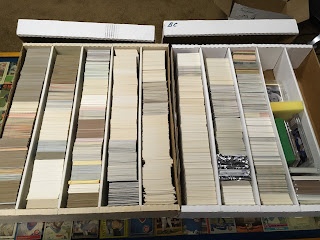 To this point, I've got one banker's box full of complete sets or starter sets which I have yet to decide what to do with. Plus, after sorting the second of the 5000-count monster boxes, which was jam packed, I now have about 8,000 cards to add as a trade bait, as seen above. The two boxes about contain everything from 1986 to 1993, an a small brick of 1999 Fleer Tradition.

I'm not sure if I'll leave things separated by year and brand as they are right now or if I'll sort them by team, but the above picture serves as a nice measuring stick for where we are in this exercise.

This monster box was much more exciting to sort through. There was no rhyme or reason to the way cards were stored, which made it a slow process. 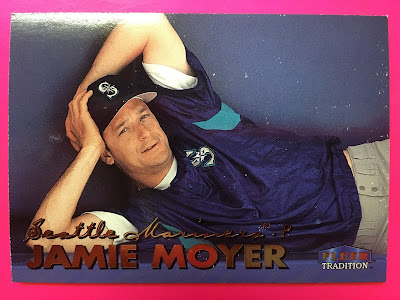 Running across beauties like this Jamie Moyer card slowed things down a bit, too!

I found about 50 different odd ball cards. Most of them were food issued cards, which happen to be my favorite. 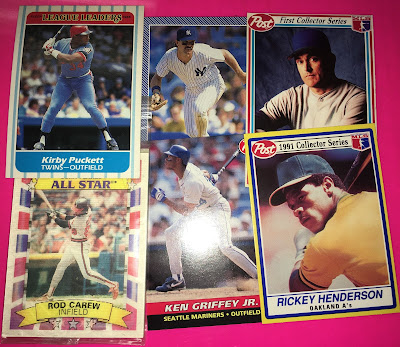 There was a decent amount of late 70s and early 80s cardboard in the box. 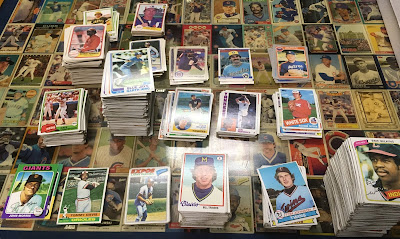 Missing from the picture are about 450 cards from the 1979 set and another 400 cards to add to the 1980 stack shown in the bottom right of the above picture. I think the 1979 set will be on my to-do list for this year.  Concerning the 1980 Topps cards: I was about 200 cards short of completing the set, and after last weekend's trip to Chicagoland I'm now only missing a handful.  Woo-Hoo!

More on the trip north along I-55 in an upcoming post.

Here's a picture of some of the better non-junk wax era cards from the box. 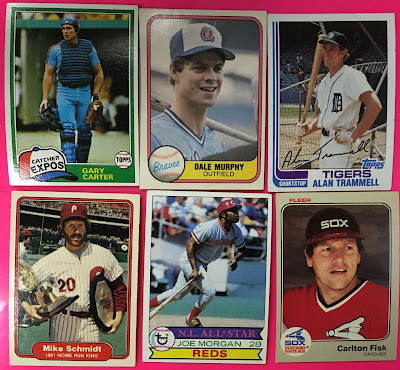 I think the Mike Schmidt card is my favorite from this group. Early 80s fleer is a little underrated in my opinion.

I thought about leaving these last two cards out because they aren't baseball related, but they are fun! 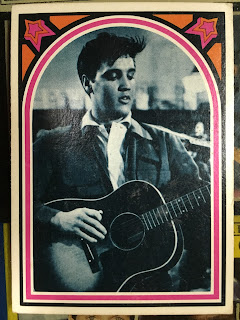 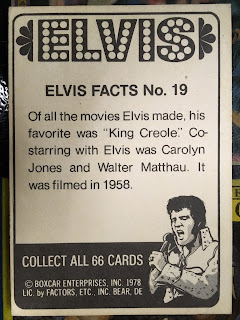 A 1978 Elvis card!  Not all that rare of a card, but pretty neat nonetheless. I would be happy to send it off to a fan of The King if there are any takers.

This one is a sticker from one of the first movies I remember seeing when I was a kid. 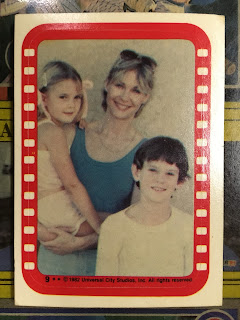 I wouldn't have been able to place the card it wasn't for the young Drew Barrymore. I'm a little bummed that I didn't find a card of ET in the box, but the family portrait style sticker works.  Again, this one isn't long for my collection, so speak up if interested!

The second 5000-count box was full, but about seventy-percent of it was from the beloved junk wax era.  So it goes.