I convinced my wife to purchase me a couple of hobby boxes of Panini's 2013 USA Baseball Champions for Christmas. I know, I know... that was like six weeks ago. Life happens, and I'm just now getting to this post.

It was a fun break and I received two autos more than what I promised on the sides of the boxes. That's always a win!

Many of the names in the set are guys who never made it to major leagues, but there are plenty who have and even some Hall of Fame players. Some of them, are current players. Here's a look at my three best jersey cards:

Kevin Gausman, Michael Conforto and Randal Grichuk will all be counted on by their MLB teams to contribute in 2018.

The autos? I have a handful or so of guys who didn't amount to much, but two stuck out: 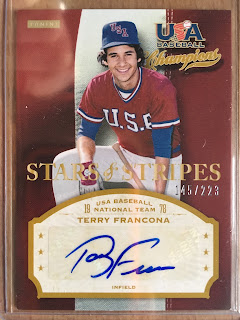 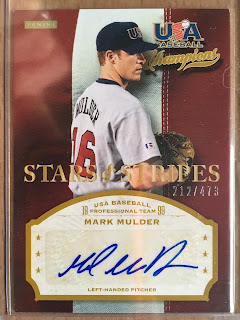 The Terry Francona is neat pull. Managers, as players, are always fun. Mark Mulder had some very solid years out in Oakland.


I was able to build two full sets of the base cards and am currently still contemplating chasing the master set. We'll see. 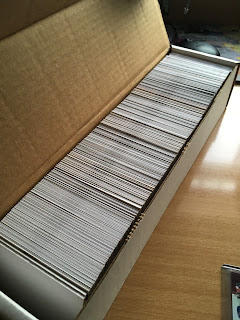 Above is an 800 count box of all my 2013 Panini USA Baseball Champion cards. Lots of duplicates in there if you're interested. Here's a link to the checklist of the set.

I'm in need of ten more base cards for a third base set. I don't really need three base sets, but when you're only ten cards off... you know... why not?  So if you have any of this product in your boxes please give me a shout!