I got a PWE from Zippy Zappy at the tail end of last week and it made me jump for joy. To begin with, it had a little insert set help for my 2015 Bowman Draft set. 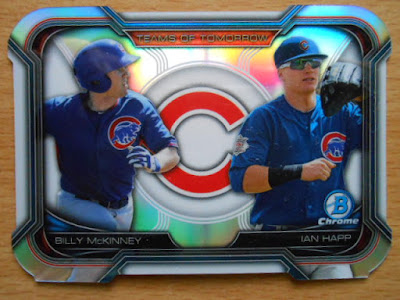 I'm hoping I get to see Happ come through Peoria as a member of the Sound Bend Cubs, but I bet he starts the year in the Florida State League instead.

The odds are higher that I'll get to Carson Sands. 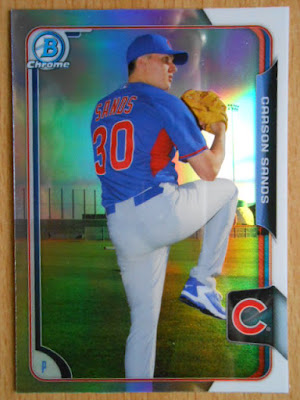 That was the last of the Cubs cards in the envelope, which is very un-Zippy Zappy like.  But, there's good reason for that! 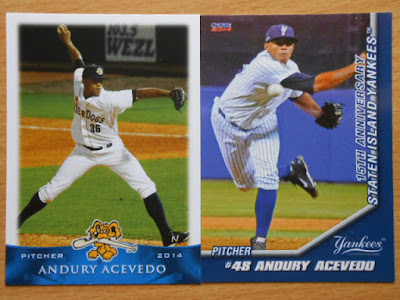 I didn't have Andury Acevedo cards, who the Cubs signed to a minor league deal back in November.

The rest of the PWE was chocked full of Adam Warren, who I am a BIG fan of!  This was the lone card I had in my collection before Zippy's generosity. 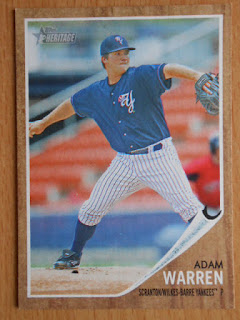 There was Topps Chrome and a blue paper parallel from 2013... 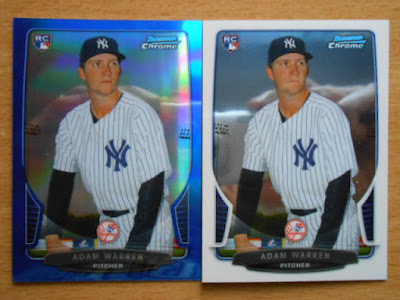 And a mixture of other various brands like Tri-Star and Topps Pro-Debut. 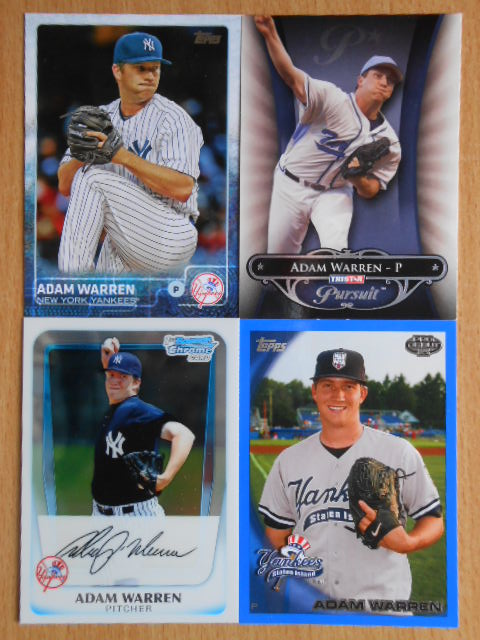 What a great way to start a player collection!  I love that the Topps Pro Debut card features Warren in a Staten Island Yankee uniform. It adds a bit more of a personal touch to this PWE knowing that is Zippy Zappy's local minor league team.