That's the name I would suggest for his blog if Mark Hoyle ever decided to join his blogging buddies.  Mark is known for sending out trade packages with cardboard that must have come through the Wayback Machine. 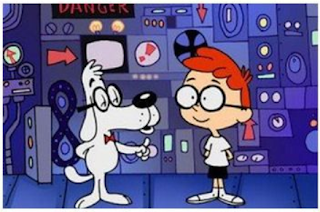 Let's get the most recent cards out of the way first! 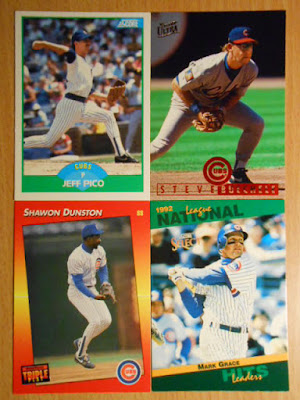 All of the cards will be cross-checked with my Cubs FrankenSet.  I'm hoping for at least a handful of additions from this package. The Dunston and Grace cards are both new to me and have a better than average shot of making the cut.

On to the vintage! 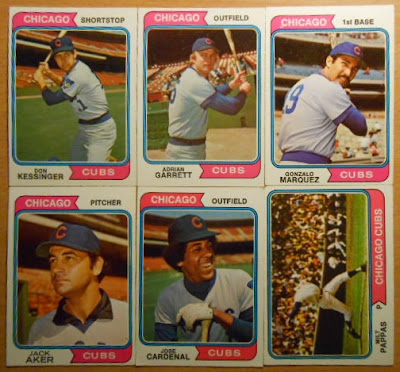 1974 Topps is one of my favorite vintage sets.  Unfortunately, that was the beginning of a really dark era for Cubs baseball: eleven consecutive seasons without finishing above 0.500. But, I do love a Jose Cardenal card when I can get my hands on one! 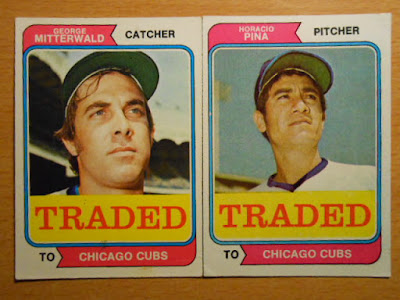 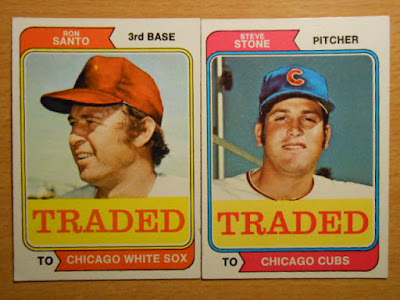 Ronnie as a White Sock. Ugh. JediJeff probably feels the same way as I do about that one. 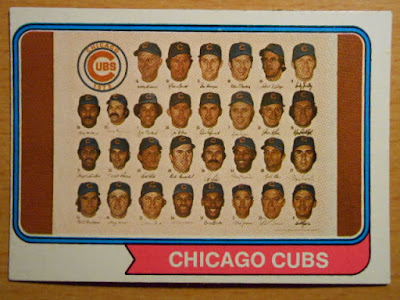 Here are eight great pieces of cardboard from 1973, including Waiting 'til Next Year  Headquarters favorites Randy Hundley and Billy Williams. I think that is Billy's last Topps card. 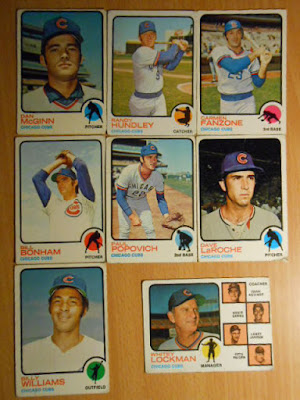 Did you notice Ernie Banks is one of the coaches for Whitey Lockman?

One-sided conversations with a cameraman:
"Okay, men. Everyone put their hands above their head like they're in a pitching motion and we'll see if we can't get a nice palm tree in the shot as well.  Well done, fellas!" 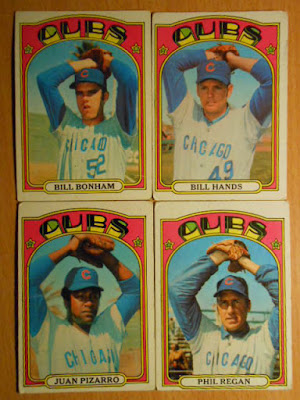 "Milt, you're such a rebel. You'll be lucky if I don't photoshop a palm coming out your ear." 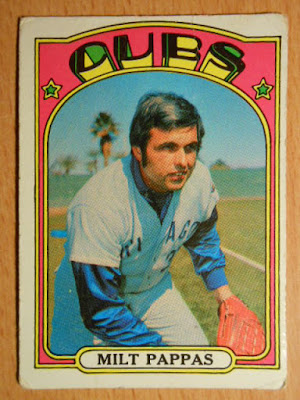 Here's a nice group of names from the early seventies. The 1972 set wasn't one that I liked originally, but it's slowly been growing on me. 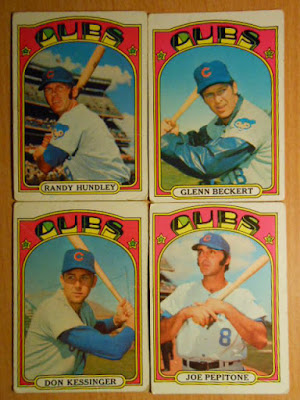 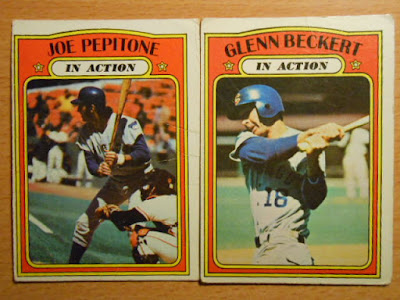 I think the backs of these are great. Modern day collectors would never allow Topps to get away with a stunt like this, but I think it's pretty neat. 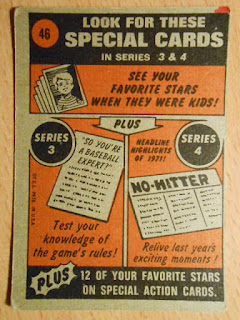 That's a lot of pink on baseball card! 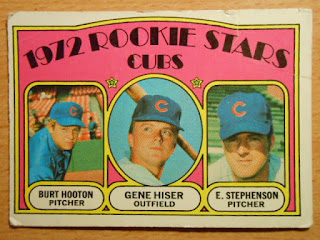 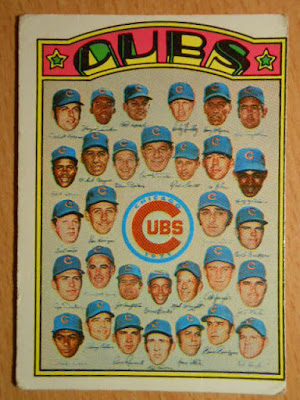 Lastly, we have some epic 1971 black bordered beauties. 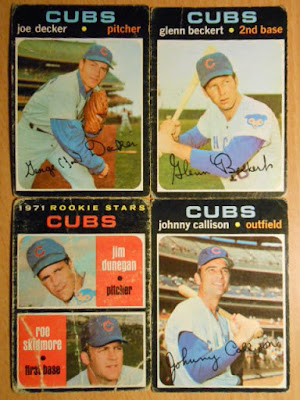 Roe Skidmore? The names in the game of baseball never cease to make me smile.  Much like vintage baseball cards.