A Boost to My KW PC

Jeff, from Wish They Still Came With Bubblegum, sent me a trade package the other day that had some serious Kerry Wood mojo in it. 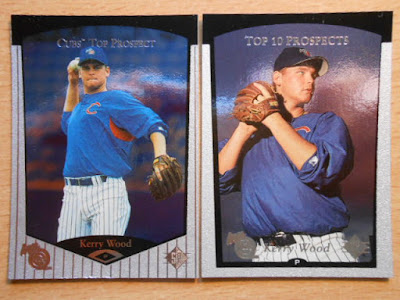 The above are from an Upper Deck SP minor league set from 1997.  I don't have many cards of KW dating that far back, so these are a pretty exciting coup for my collection.  The card on the left is the base, whereas the card on the right is a checklist.

There were four more in the package that were new to me, including my third different pattern from a Topps Tek release. 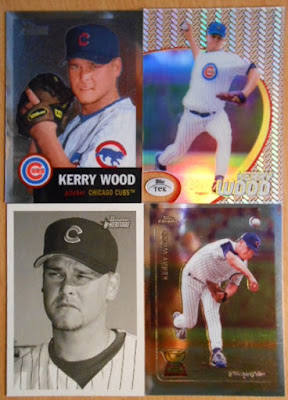 I'm now over 450 different cards of Kerry Wood in my collection thanks to Jeff! 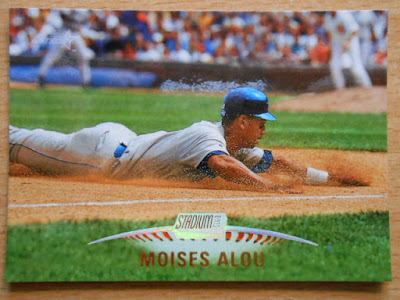 This is actually an Astros card, but it's tough to tell because Moises did play for the Cubs later in his career AND he's sliding into third at Wrigley Field. Either way, it's a really nice looking card.  Such vibrant colors!

All of my best trading partners know I love my Cubs prospects. 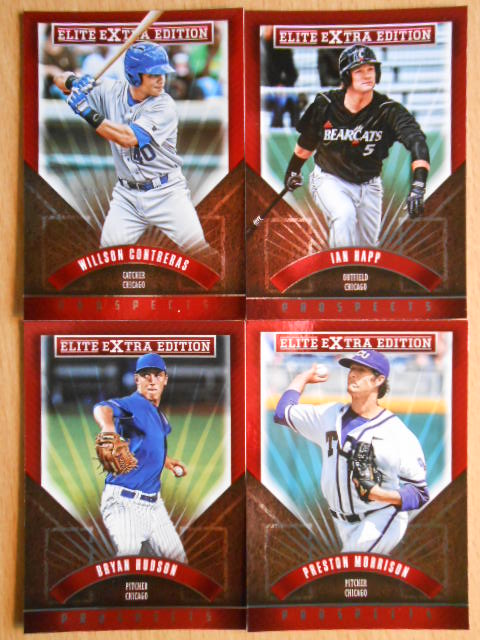 I can't wait for Willson Contreras to get a shot at catching in the majors.  I hear his arm is electric.

Albert Almora!  I read somewhere that he holds the record for playing for the most USA teams in the history of international play. 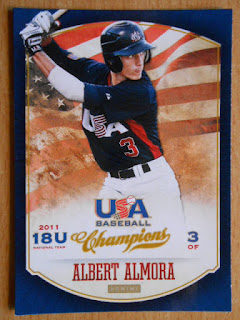 That's a pretty cool thing to have on your resume, but it would look much nicer if he could add "Starting CF for the Chicago Cubs"!

Woo-Hoo!  This is my second piece of cardboard produced in 2016 and both are from the same insert set. 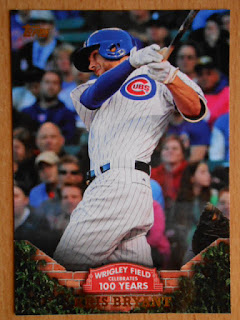 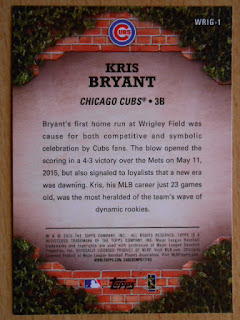 Kris Bryant cards are hard to come by at a reasonable price in this neck of the woods!