Cardboard from Korea with Love

My better half returned from a ten day trip to South Korea yesterday. She stayed with her cousin who lives in Seoul and from the pictures it looks as though she had a wonderful time. I'm very envious of all the new foods she was able to try, but at the same time I'm proud to say I only ate two frozen pizzas while she was gone. I think Vegas had the over/under set at 4.5.

Somewhere around day four she asked what I wanted as a souvenir.  Baseball cards!  My wife never buys me cards, because she doesn't know what I want. In this case though ANY baseball cards from Korea would do!

She brought me two gifts and the first one was really sweet.  It's a "cable wrapper" to quickly cinch some cords together, like the wires for my earbuds. 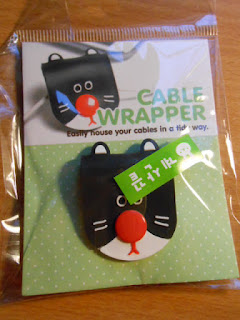 This particular one looks just like Gus, my fifteen year old cat.  Thanks, babe! 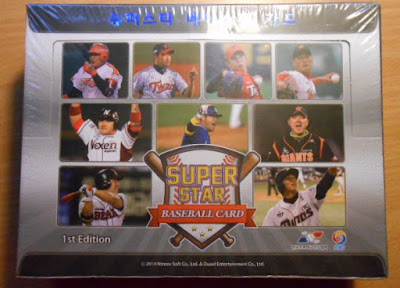 These are 1st Edition cards of he 2014 Super Star Baseball Card series, which was selected from the toy aisle of a big box store.

One of the side panels listed the odds for special insert cards. Thankfully, Laura had her cousin do some quick translations, otherwise I would have had no idea what I was looking at. 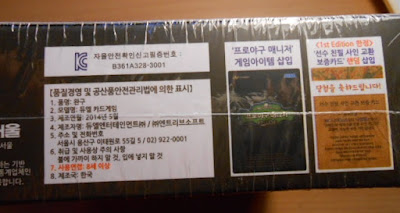 Once the plastic was removed it was easy to set up as a display. Twenty packs of cards in the box for the price of blaster here in the states. Nice! 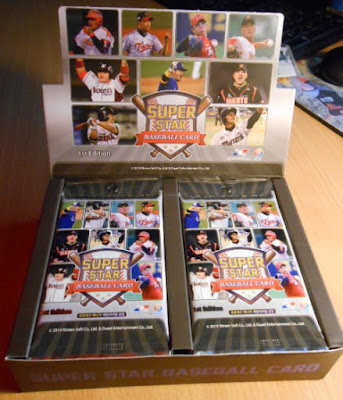 Pictures of the front and back of a pack: 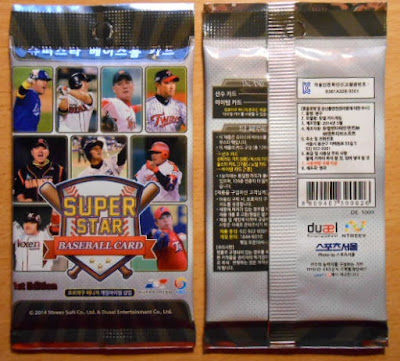 I could not open the pack without the use of a pair of scissors. The material is much thicker than what Topps uses to package their flagship product.

The first card out of the pack is a pitcher from the Doosan Bears. 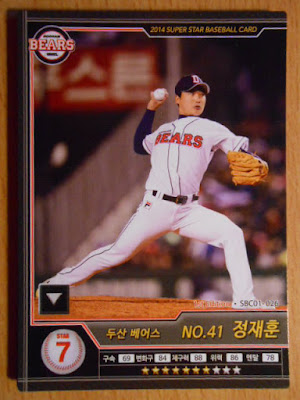 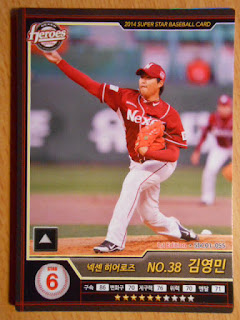 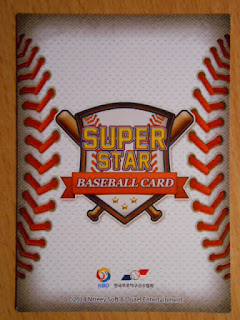 Each card has rounded corners, the same back, and a star rating on the front, which makes me wonder if this series is anything like the Sega Card Gen cards that Zippy Zappy acquires from Japan. 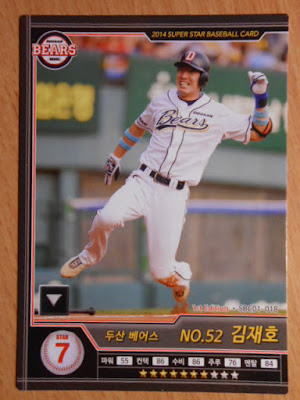 I like the above action shot. It appears the runner is getting ready to slide into home, but he has yet to avoid the unattended to bat. 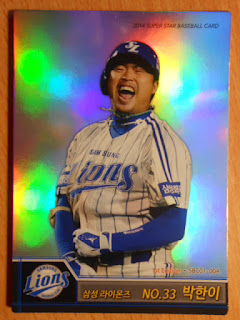 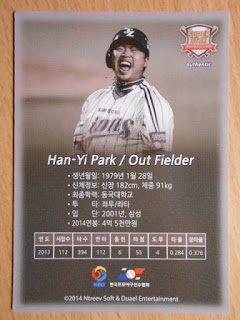 This one looks really nice in hand. And hey, we have a different back to the card, which sports the player's name (in English), position, vitals, and a stat line from 2013. I need more insert cards! 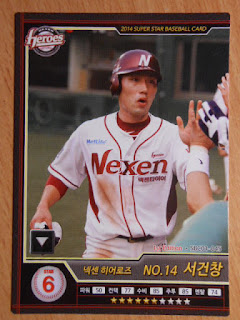 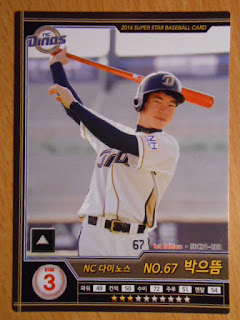 Up to this point all of the players in my pack had a star rating of 6 or higher. Enter a baby-faced prospect sporting a nice high number of 67!

Six player cards and one advertisement "item card" per pack. 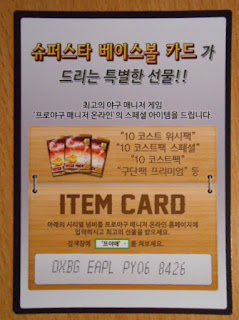 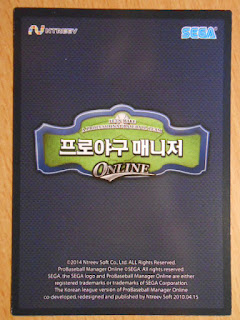 There's a redemption code of some sort which I'm not even going to attempt to redeem for two reasons:
1. It's probably expired
2. The website is probably all in Korean

Anyone know how to read Korean? :)