Zippy Zappy proved in Part I that he knows my collecting niche.  Let's see what he has in store for the second round.

Here are the contestants: The Zippy Zappy pack is on the left and a pack of 1990 Topps Traded is on the right. 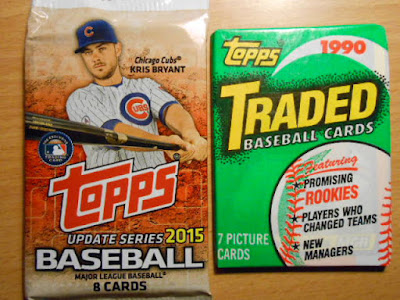 Personally, I thought it was a great move when Topps made the decision to put Topps Traded into wax packs. I've never been a fan of purchasing boxed sets. And as you can see, twenty-five years later the concept is still alive and kicking with Topps Update. 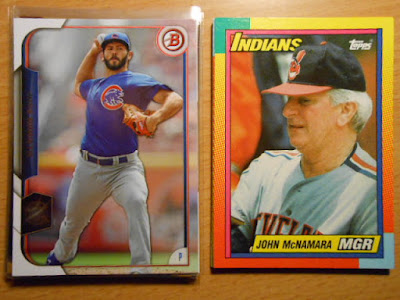 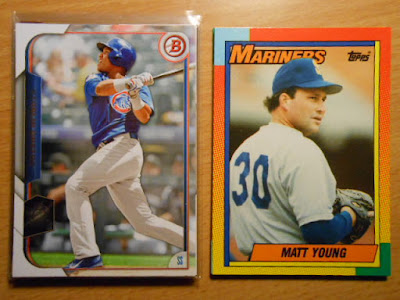 The first duplicate to my collection, but it's matched up favorably against Matt Young.  Who?  Starlin wins by default. 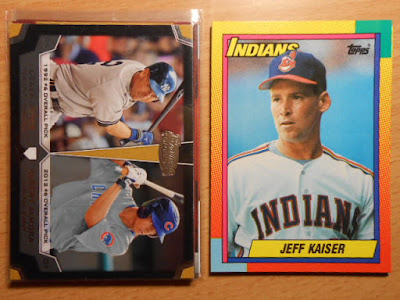 A Jeter and Albert Almora combo card against Jeff Kaiser.  Again, who?  I think I've heard of that Jeter guy before. 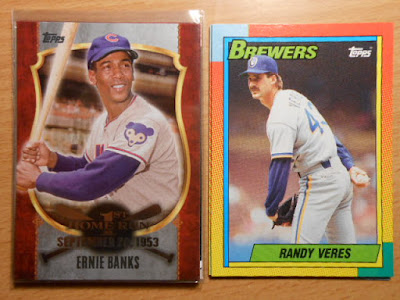 Again, focus on the faces.  Someone is very happy to be batting, and the other individual looks quite concerned about not getting his next offering tattooed.  Ernie would have owned Veres.  No? 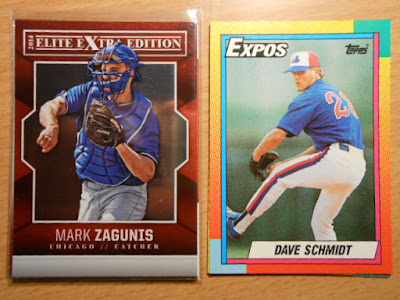 Dave Schmidt, of the now defunct Les Expos, versus Mark Zagunis suiting up in gear which he no longer uses.  Both are new to my collection, but one will go in a binder and the other in the junk wax box. 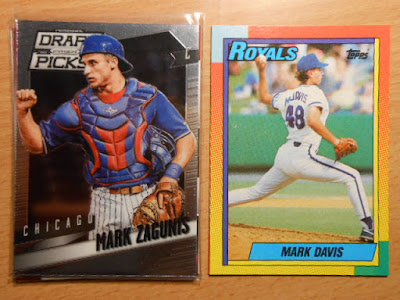 Another Zagunis against the NL saves leader of 1989.  Honestly, Mark Davis just doesn't do it for me, but guys who are second in on-base average in the Carolina League do. 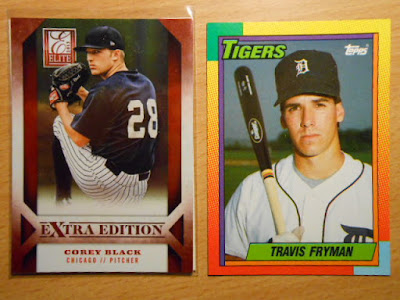 Nice!  My first Corey Black card that doesn't feature him as a Yankees.  Wait, what's up with the black jersey and the pinstripes?  Well at least the card says "Chicago" for the team.  The Travis Fryman rookie card was easily the best card of the 1990 Topps Traded pack, but I tend to live in the now.  So, Corey Black it is!

The Zippy Zappy pack had an eighth entry, but we're all of out of junk wax. 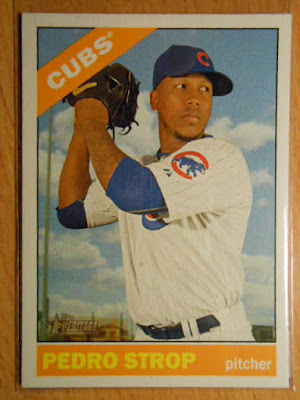 Look, it's Pedro Strop and his crooked hat!  For the record, Pedro is my second favorite relief pitcher on the Cubs AND I think this card will look great with an in person auto on it.  #2016CubsConvention

Another shutout for Zippy Zappy! Raise your hand if you're surprised.  Yeah, I thought so.
For those of you keeping score at home this Zippy Zappy's third shutout out of ten Pack Wars contests.