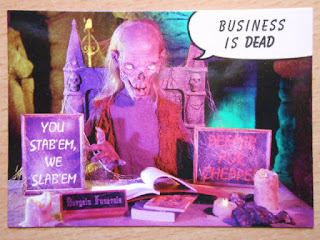 Nope, business is not dead, at least not on this humble little blog!  Julie, from A Cracked Bat, sent me some cards as a thank you for a care package I sent her early this year. 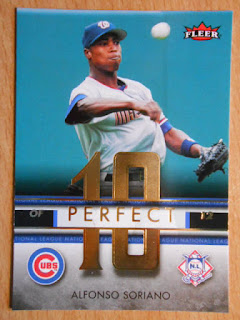 Things started off a little different, as the first card had Alfonso Soriano sporting a Nationals jersey, but with a Cubs logo on the front...  so, yeah, it'll find it's way into the Cubs box.

Next up was El Gato! 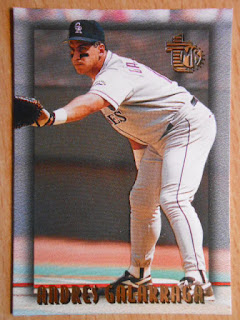 I remember listening to Harry Caray work his way through The Big Cat's name . . Andres Galalarararrrararraaga!
This one is not a Cub and as much as I like Galarraga it will find its way into the trade box. I think Julie is trying to keep me on my toes. 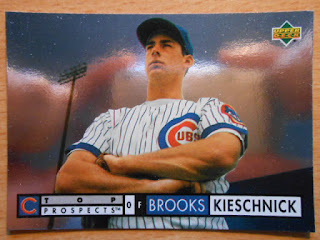 Brooks Kieschnick was not amused at how this package started, but he was the first "true" Cub card in the package. Thirty-seven Kieschnick cards and counting.  Thanks, Julie!

Cubs from my high school days...  I really dig the Pinnacle Power Surge insert cards.  Yes, that's right.  Rick Wilkins hit eight homers in 1992 and then thirty homers in 1993, and then hit seven in 1994.. That definitely calls for a power a surge. 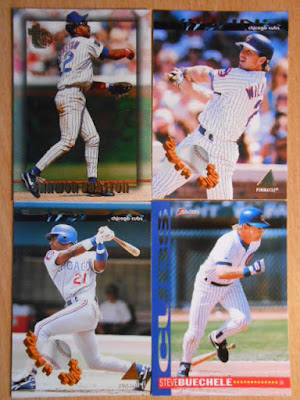 The Hawk and The Crime Dog.  Awesome nicknames and great cards.  I don't get many high end cards like Triple Threads, but when I do they always find their way into a binder. 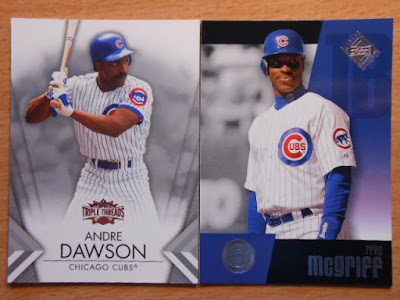 Woo-hoo!  It's a Rick Monday sighting!  A nice game-used bat card with bright colors to contrast with the black and white photo. 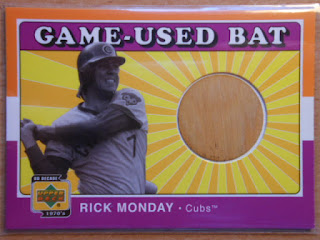 I've never seen one of these before.  I guess it's a pop-out that will stand up.  I find it funny to see a headless batsmen. Poor Sammy! 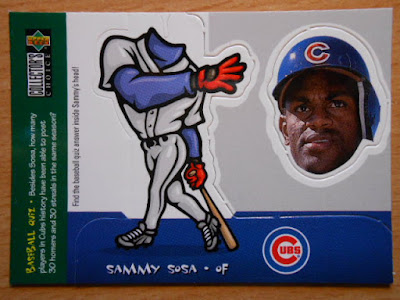 I don't believe Topps has released the design for 2016 Stadium Club, but I'm leaning on that one being my set to collect next year. The pictures from the last two releases are just phenomenal. 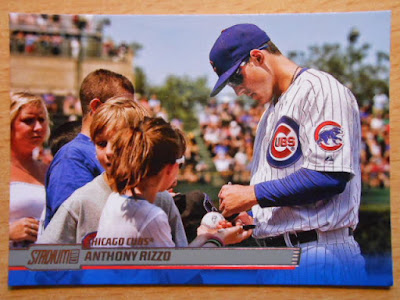 Then again, Flagship has some pretty nice photos in it as well.   Theo!  You listening?  Sign Fowler! 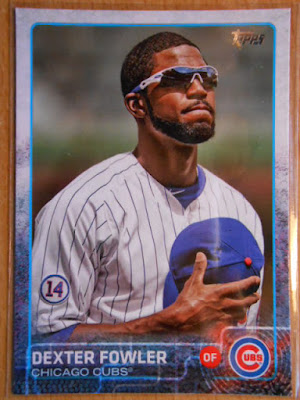 I don't think I bought and Topps Chrome this year and this is the first refractor I've held.  Pretty nice. 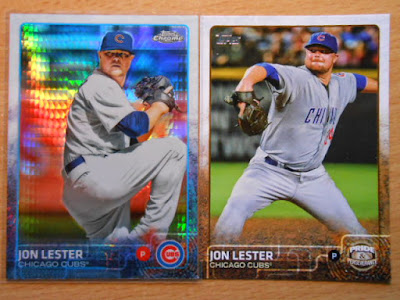 I'm really happy to have the Pride and Perseverance card of Lester as well. What a great insert set! 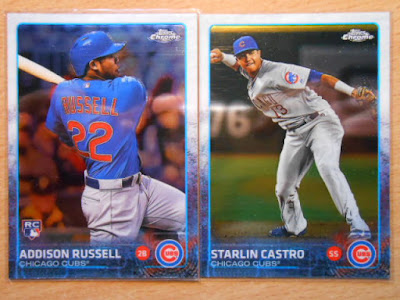 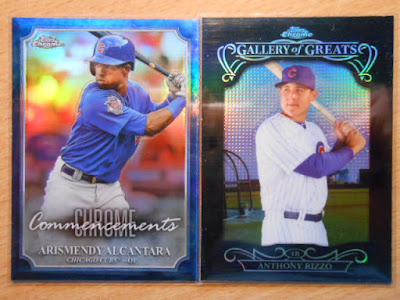 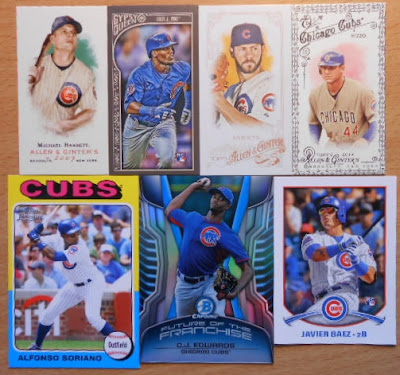 Julie must have been stockpiling minis for quite some time.  It would take me a full decade to pull that many Cubs minis.  Wow!