Adam, from Infield Fly Rule, and I recently traded Cubs cardboard for Rockies cardboard.  Naturally, I feel I made out with the better end of the deal. You know, because I got all the Cubs. But you can be the judge though by taking a look at my end of the deal.

One thing I would like to mention . . . blue tape!  Blue tape is where it is at! 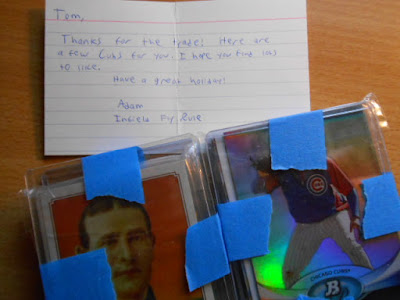 Below you'll find a sampling of what Adam was kind enough to part with. 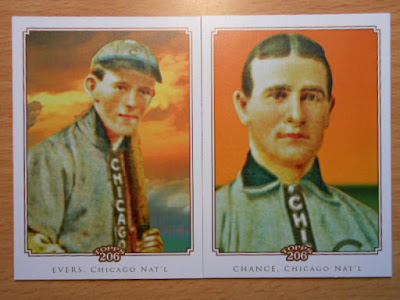 I didn't know Evers and Chance had cards in this Topps 206 set!  I've seen those pictures before on tobacco cards, but I kind of like the close-up cropped versions.  Now I just have to track down the Tinker! 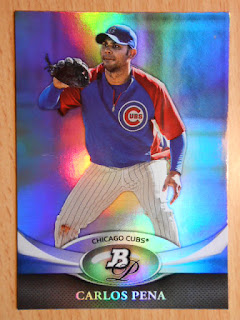 I was never the biggest Carlos Pena fan, but I do like how this one photographed.  Middle School Me wants to make a joke about Carlos eating too much Taco Bell and somebody holding a lighter behind him, but that seems a bit crass.  Funny.  But, crass. 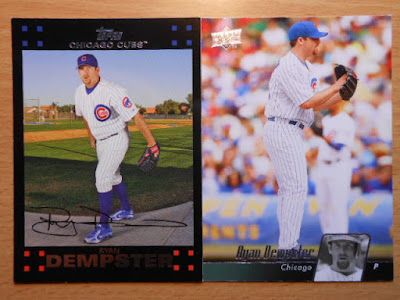 My buddy, Jim, went to Nashville last week to attend the PBEO job fair. While trying to navigate his way through the Opryland Hotel Ryan Dempster and his wife stopped to see if he needed help with directions.  Demp was always good guy.  Although, that is the most awkward spring training pitcher pose I've ever seen. 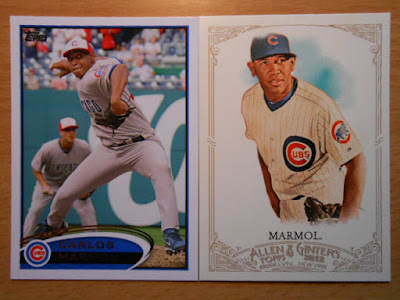 I hate to say it, but I miss Marmol. He was flamboyant and exciting.  And when he was locked in, there weren't many better.  I'm still not sold on Hector Rondon even after a solid 2015.  I hoping he does enough to make me buy in next season. 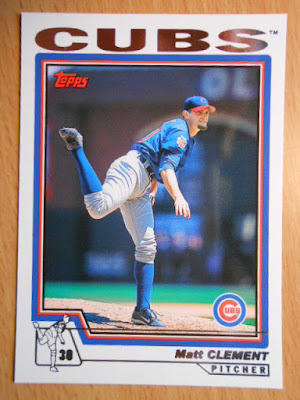 This is my favorite card in the entire package.  In terms of monetary value, it's probably not even worthy of consideration for a dealer to place in a dimebox, but it fills a nice hole in my Clement collection.  Clement, after all, was the pitcher who clinched a playoff birth for the Cubs in 2003 on the day I proposed to my wife.  What a great day that was! 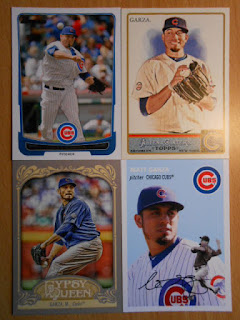 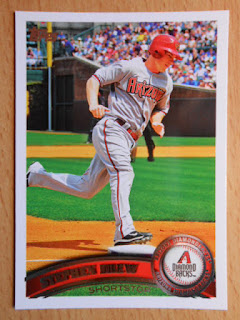 One guy with goofy facial hair (Clement) is trumped by four Matt Garza cards.  Garza was a fierce competitor for the Cubs, but he needed a razor.  Hey, a non-Cub card, but a beautiful shot of the right field corner at Wrigley Field.  Very nice, Adam! 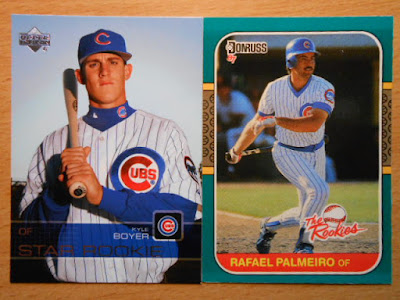 Rookies and prospect cards. Most of the time they flame out (Kyle Boyer) and sometimes their star burns bright (Palmeiro).  For the record, Boyer never made it out of A-ball. 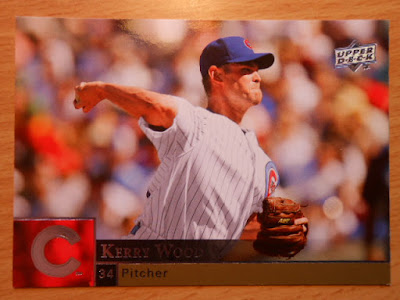 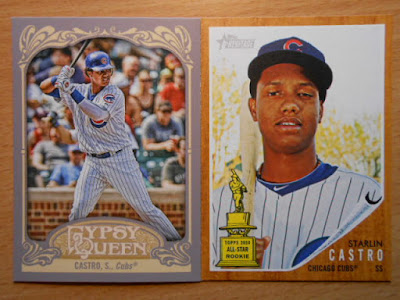 Lastly, two cards of the recently traded Starlin Castro.  I counted the cards in my Castro collection over the weekend and I have 141 unique Castro cards.  Not quite as impressive as Wrigley Wax, but still a pretty hefty number for not having a player collection of the man.  Good luck in the Big Apple, Starlin!