You know what's great?  Bowman Draft and Prospects comes out in less than a week and the new Star Wars movie releases in about two weeks.  You know what that means!  Zippy Zappy may ask Rex to look for some more padawans in the near future!  Woo-Hoo!

Here are the contestants: The Zippy Zappy pack is on the left and a pack of Pete Rose The Living Legend is on the right. 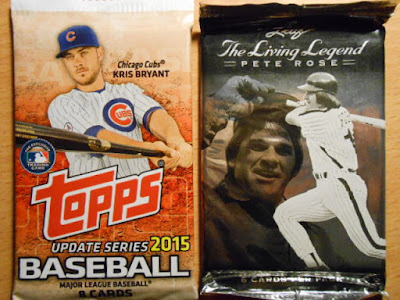 Yes, you read correctly.  All Pete Rose, all the time. Fun fact: Did you know Pete Rose was the first celebrity inducted into the WWE Hall of Fame?  (hat tip to my sister) 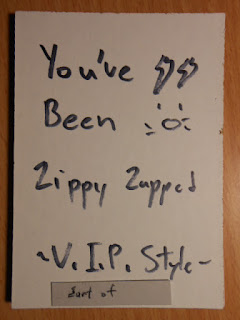 Man, I guess I should have opened this pack up first.  The reverse side will start us off with the match-up! 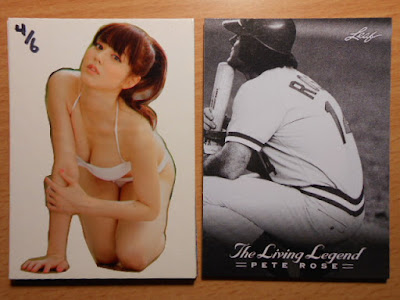 A girlie, numbered 4 of 6, versus Pete Rose's backside.  Hmmm... Bust against butt. That can be a very tough question depending on the subject, but that's what makes it easy decision in this case. 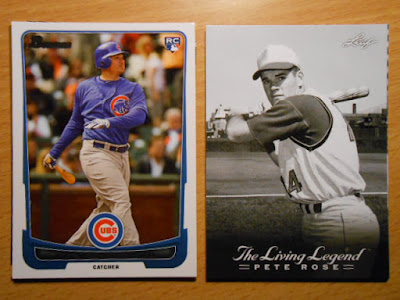 I'm not a big fan of Steve Clevenger, but I do recall being at his last game in Wrigley Field when he strained his oblique muscle while ending a ball game. Speaking of Wrigley, look what's behind a young Pete!

That's right, folks!  For the first time in this three pack series the opposing pack has scored! 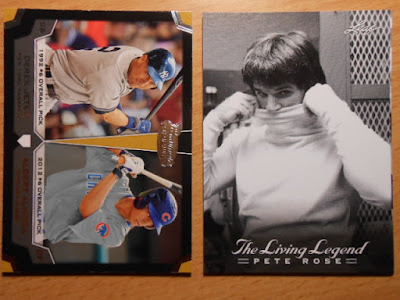 What's this?  A repeat from Pack #2?  Wow, poor collation and a nice candid shot of Rose in full turtleneck gives the Rose pack an early lead! 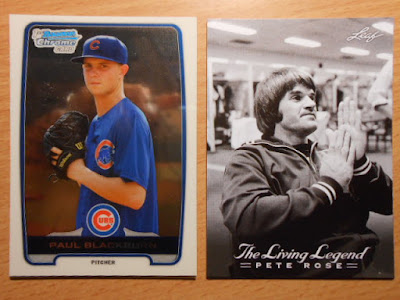 I like Paul Blackburn, but it seems like he's been in the organization forever. Pete Rose, well, has also been around forever.  The back of this card says, "Rose rubs his hands together in the locker room as he waits for word, which finally came, that the game with Montreal was postponed because of rain in Philadelphia."  Huh.  This set is different.  When I think of people rubbing their hands together I always associate the action with Mr. Burns, from The Simpsons, saying "Excellent."   One point for Blackburn for not being creepy like Mr. Burns. 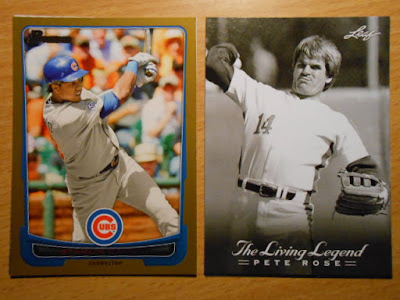 Man.  That card is missing a logo.  The other card is gold and fills a hole in my Castro collection.  Zippy Zappy's repack reclaims the lead! 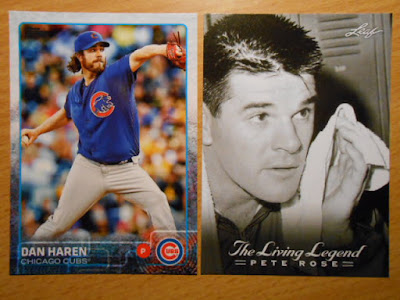 I like Rose's haircut on this card, but I'm a fan of @ithrow88 even though he didn't light the world on fire during his brief stint in Chicago.  Anyone who can poke fun of themselves with their Twitter handle is okay in my book!  Dan Haren is a good follow on Twitter, because he won't clog up your timeline and he says some funny stuff.  Exhibit A:

Yet, another victory for Zippy Zappy! I'm learning that Zippy Zappings are kind of a like a box of chocolates, because I certainly didn't expect a pretty lady.

If my math is right, this is the eleventh time I've used a Zippy Zappy repack in Pack Wars.  The numbers?  Well, I'm glad you asked.  Zippy is 10-0-1 in those contests.  In those eleven packs there have been 113 cards and those cards have an overall record of 79-32-2, with three shutouts.  The last four matches have seen the ZZ packs really pack a wallop as they've gone 26-3.  Yeah, Mr. Zippy Zappy is one generous dude AND he knows what I like.  A sincere thank you goes out to Kenny for all of his time and effort in putting repacks together for me.

Thanks for another great round of cards, Zippy!  Again, I'm working on some cards for you, so just hold on!