Cubs on Cards: From P-town to P-town 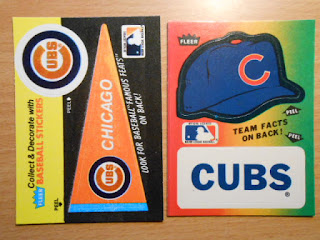 I believe this is the third time, according to my records, that Kerry, from Cards on Cards, and I have swapped cards of our team's natural rivals. For my money, the Cardinals are one of the best ran franchises in all of sports, but I still don't want that cardboard sitting in my trade box. Especially when there's someone as generous as Kerry out there who is willing toss me some Cubs-goodness in exchange for my unwanted Redbirds.

Even better is the fact that Kerry resides in Portland, which I hear is sometimes referred to as P-town. P-town Kerry just doesn't roll of the tongue as easy as P-town Tom does though. But Kerry, if you want to try it, I'd be willing to back you with a name change.

I think Addison Russell has a great career ahead of him. I have a couple copies of his base chrome rookie card, but this is m first sepia parallel. 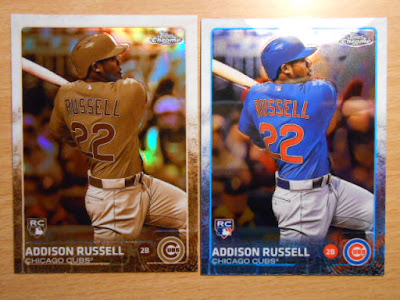 I'm not sure how I feel about sepia chrome cards.  To me, sepia gives a card the hint of nostalgic vintage, but chrome smells of the modern day. I fear they are two very different elements and I don't know they should be combined on the same card. Anyone else have similar thoughts?

Here are some vintage-esque players, and darn good ones at that. 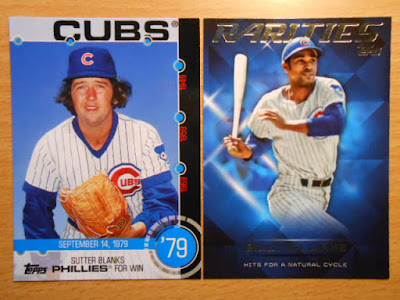 I may not be in favor of the sepia-chrome combination, but I have no qualms with players from yesteryear on today's cardboard.

Stickers!  Four of the past five years of Topps stickers were including in the yellow bubble mailer. Very nice! 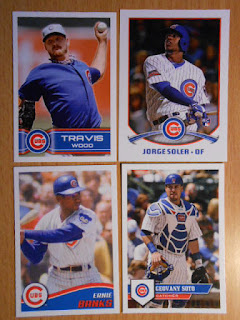 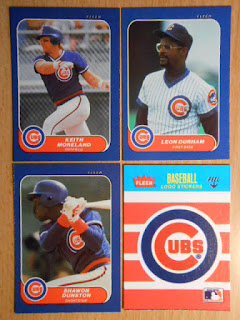 More minis on the right!  1986 Fleer sporting some great names like Moreland, Durham, and Dunston!

Here's another mini modeled after the 1951 Topps insert set. I don't usually associate Rogers Hornsby with the Cubs, because he played eighteen years in St. Louis and only four in Chicago.  But, he's wearing Cubs blue so no harm in adding this one to the collection! 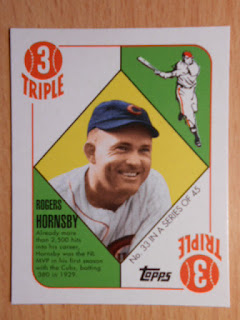 I love me some Doug Dascenzo and this one goes straight to the binders. 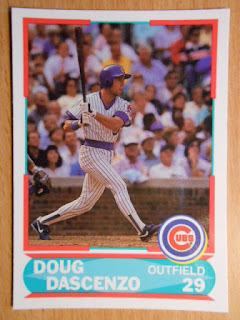 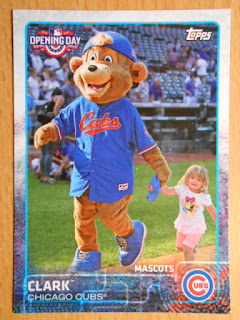 I've been patiently waiting for my first Clark card to find its way into my collection. Thanks, Kerry! 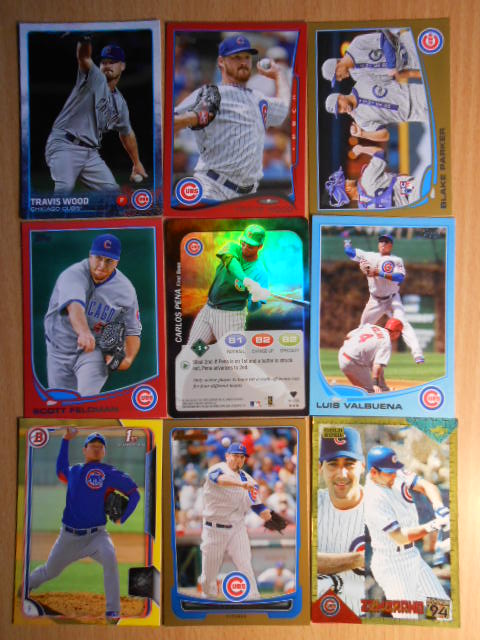 Reds, blue, gold, yellow, and foil.  Below we have a black numbered to /50 and a Mark Prior gold, /2002. I think Jeff Fassero is a former pitching coach for the Peoria Chiefs. 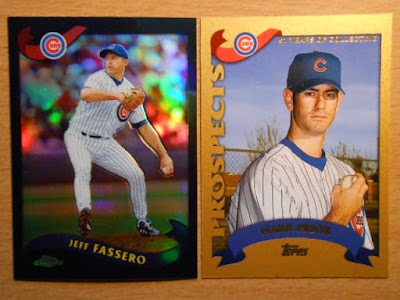 Relics!  Get your relics!  "A" is for Authentics in this case, right?  If memory serves, that is really similar to the University of Arizona's logo. 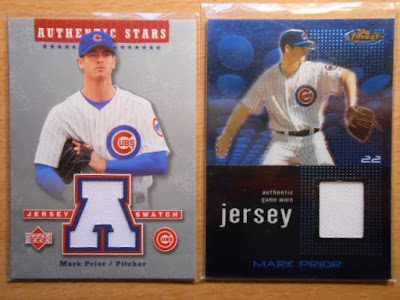 Did you know that Carlos Marmol lead all pitchers in the number of games finished in 2010?  Neither did I. 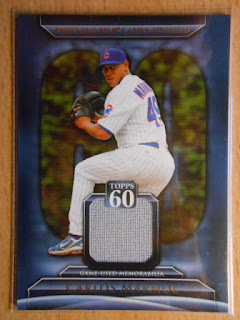