Raccoon #8 Was a Beast

My backyard raccoon trapping was on hiatus until recently.  If you recall, I managed to trap seven of the sneaky little critters and relocate them to a nice area far, far away from our home back in May.

Then my parents were having coon trouble. They have an older coon dog and they needed the trap back before something and/or someone got hurt.   It wasn't too long before they dispatched of their four legged mask wearing fiends.

All matters dealing with raccoons fleeted to the far corners of my mind until Laura, my ever-gardening wife, decided the little terrors were making off with her tomatoes.

Well, that simply won't do.  I borrowed the trap from my dad and we've started Round Two.

No bites the first night, but we awoke to a growling 8th raccoon yesterday morning. 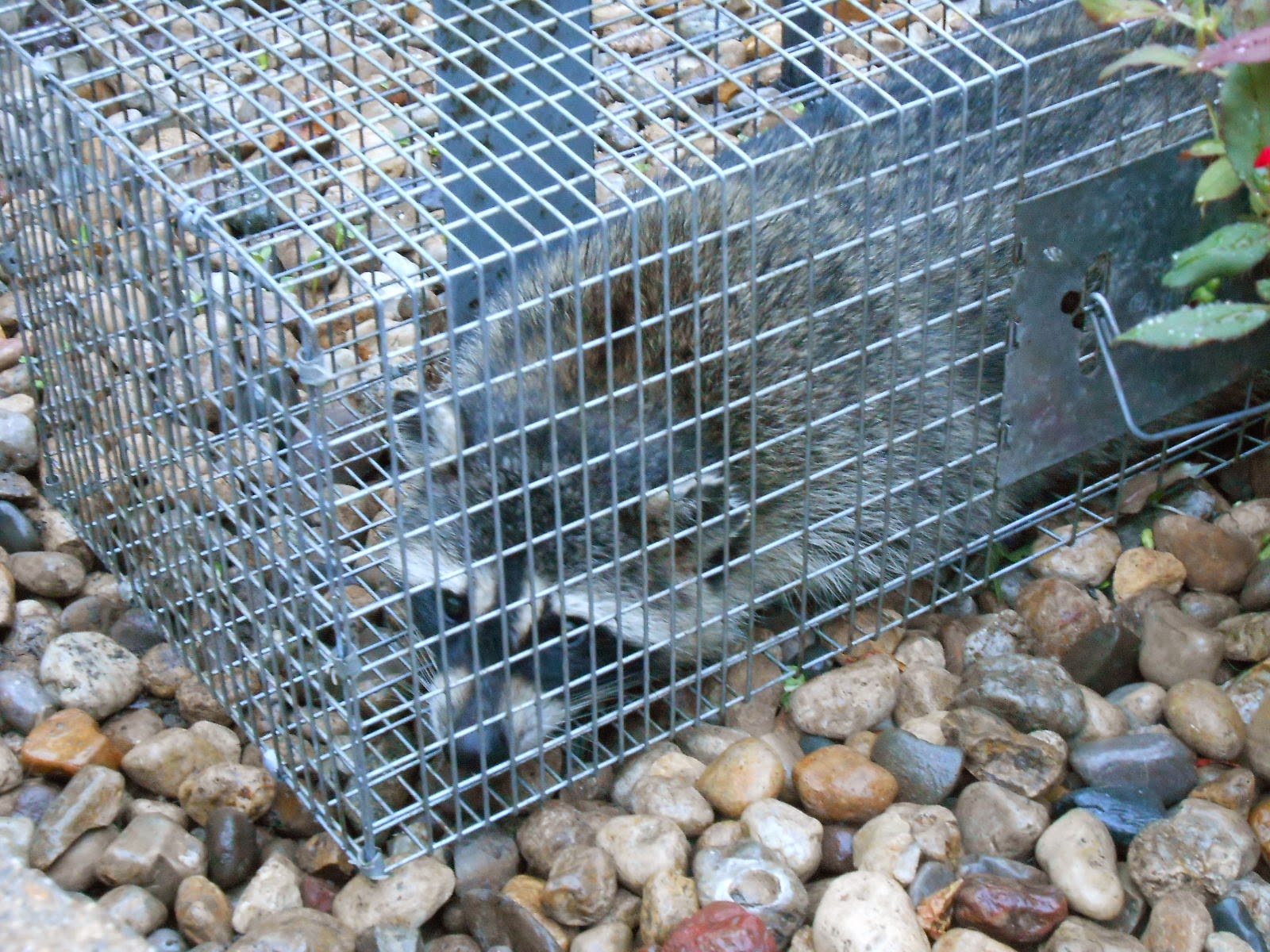 This was the biggest one by far.  So large in fact that it could not turn around in the cage and it eventually had to back its way out when I released it.  L.A.R.G.E. 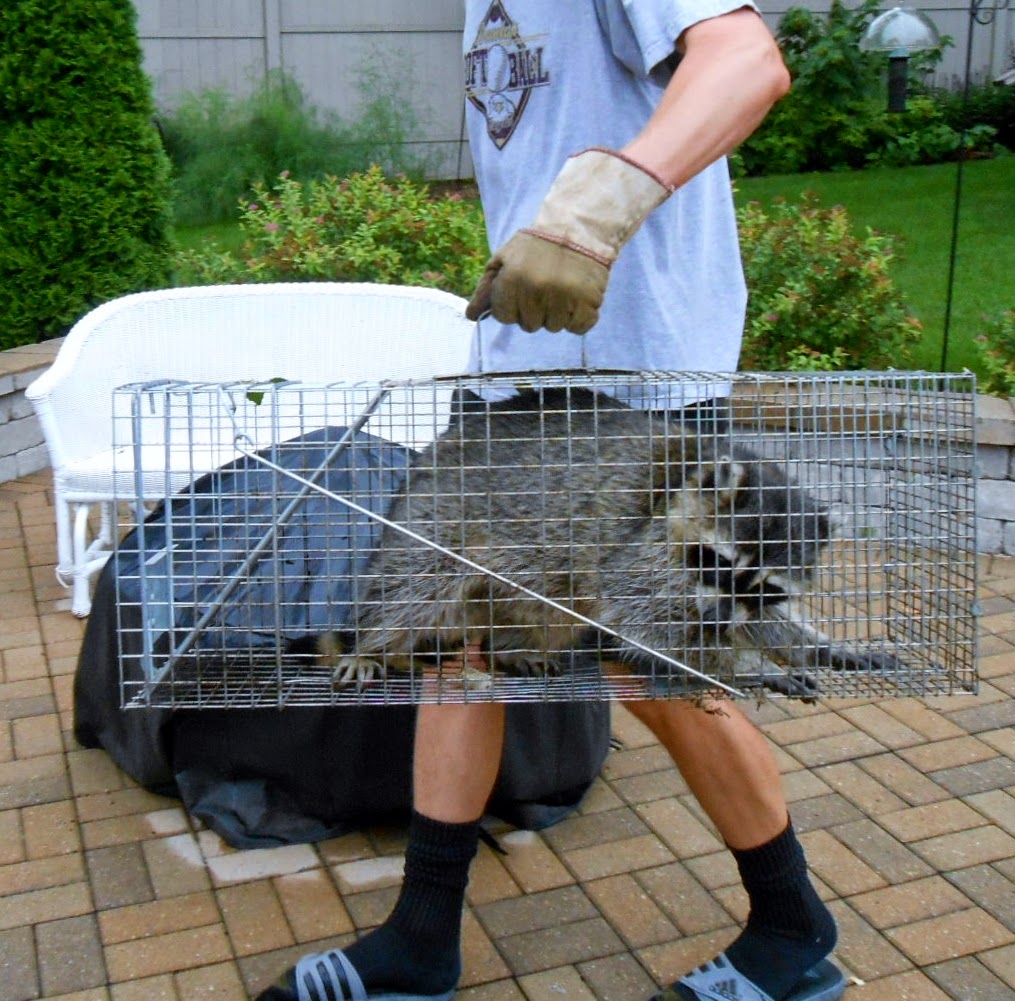 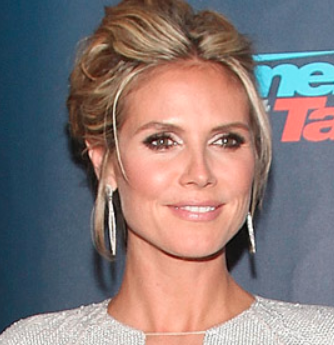