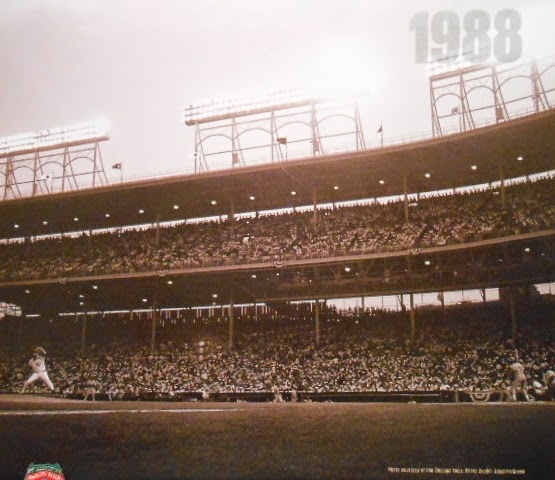 "On August 8, 1988, Rick Sutcliffe pitched for the Cubs in the first game under the lights a Wrigley Field. The game was rained out after three and a half innings, making the following night the first official night game at Wrigley Field."

The above caption was accompanied by the following, "On August 12, 1954, the Harlem Globetrotters defeated George Mikan's All-Star Team 57-51 under portable lights a Wrigley Field." 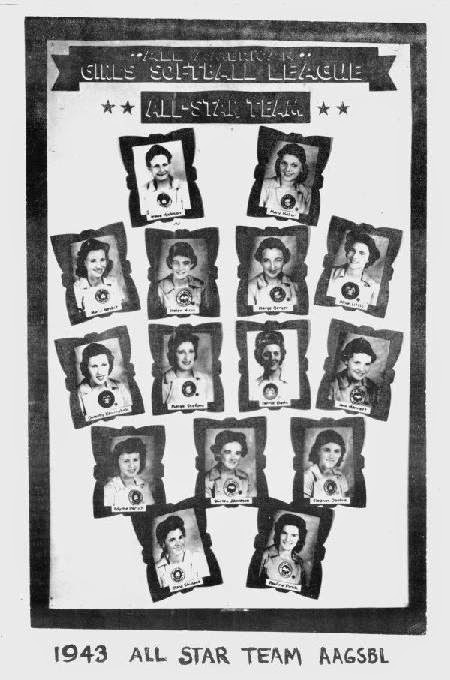 So I guess the first night game was really sixty years ago with caveat being that it was a basketball game.  Huh, learn something new everyday!


But wait, let's dig a little deeper on the worldwide web.  Apparently the All American Girls Professional Baseball League held their All-Star game at Wrigley Field, under portable lights, on July 1, 1943.  So the first night game was a baseball game after all.  What a plot twist!

It's kind of crazy to think the Cubs have been playing night baseball games for only twenty-six years. What's even nuttier is the hold Wrigleyville has over the Cubs and their scheduling: the ball club could legally only schedule thirty-five of eighty-one home games to be under the lights in 2014.