Adding Two Pieces to the Tower of Jenga

Through a stroke of luck I ran across the find Chicago Cubs blog titled Wrigley Roster Jenga. Anthony's goal is to collect at least one card of every man who played for the Cubs.  This is a terribly difficult goal in my opinion for two reasons:
1. The Cubs are one of the oldest franchises as they date back to 1876.
2. The rosters have been a revolving door the past few seasons, with many players on the shuttle from Iowa to Chicago. 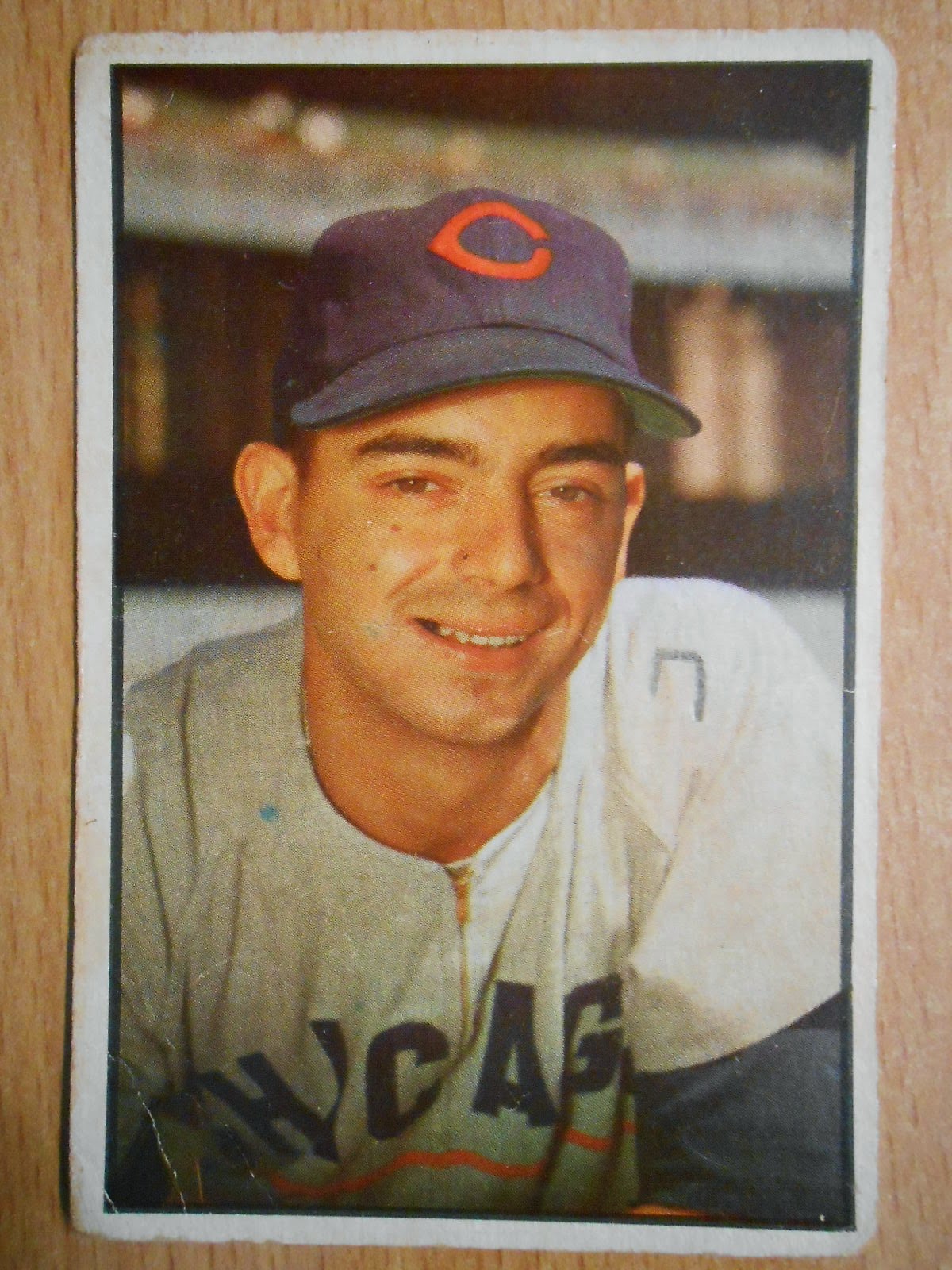 I'm not sure how Anthony handles the OLD vintage, like cigarette cards and the like, but from the looks of it he's got the early 50's covered!  I'm sure the above card was a duplicate to his collection, but it's new to me! 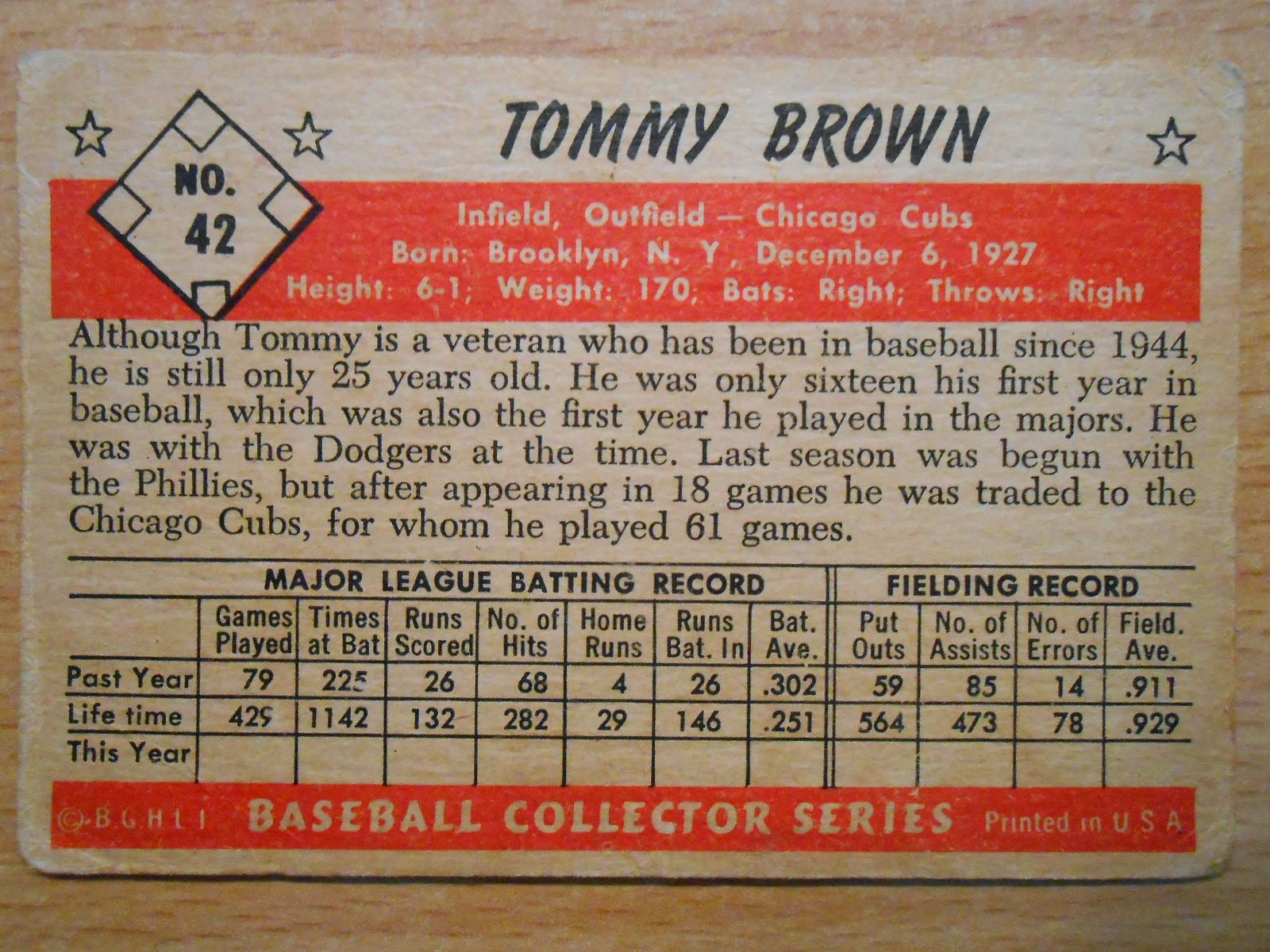 I contributed minor league cards of  Jeffrey Beliveau and Mike Mahoney to his cause, and the 1953 Bowman card of Tommy Brown was part of his return package.  Nice!

Side note: This is my first look at the back of a '53 Bowman card.  Pretty neat that Brown debuted in The Show at the tender age of sixteen.  Also, I like that the card gives the owner room to pencil in the player's stats from the current year.  That's a little different to say the least.

Accompanying the sixty year old cardboard in the yellow bubble mailer were some other vintage-esque cards. 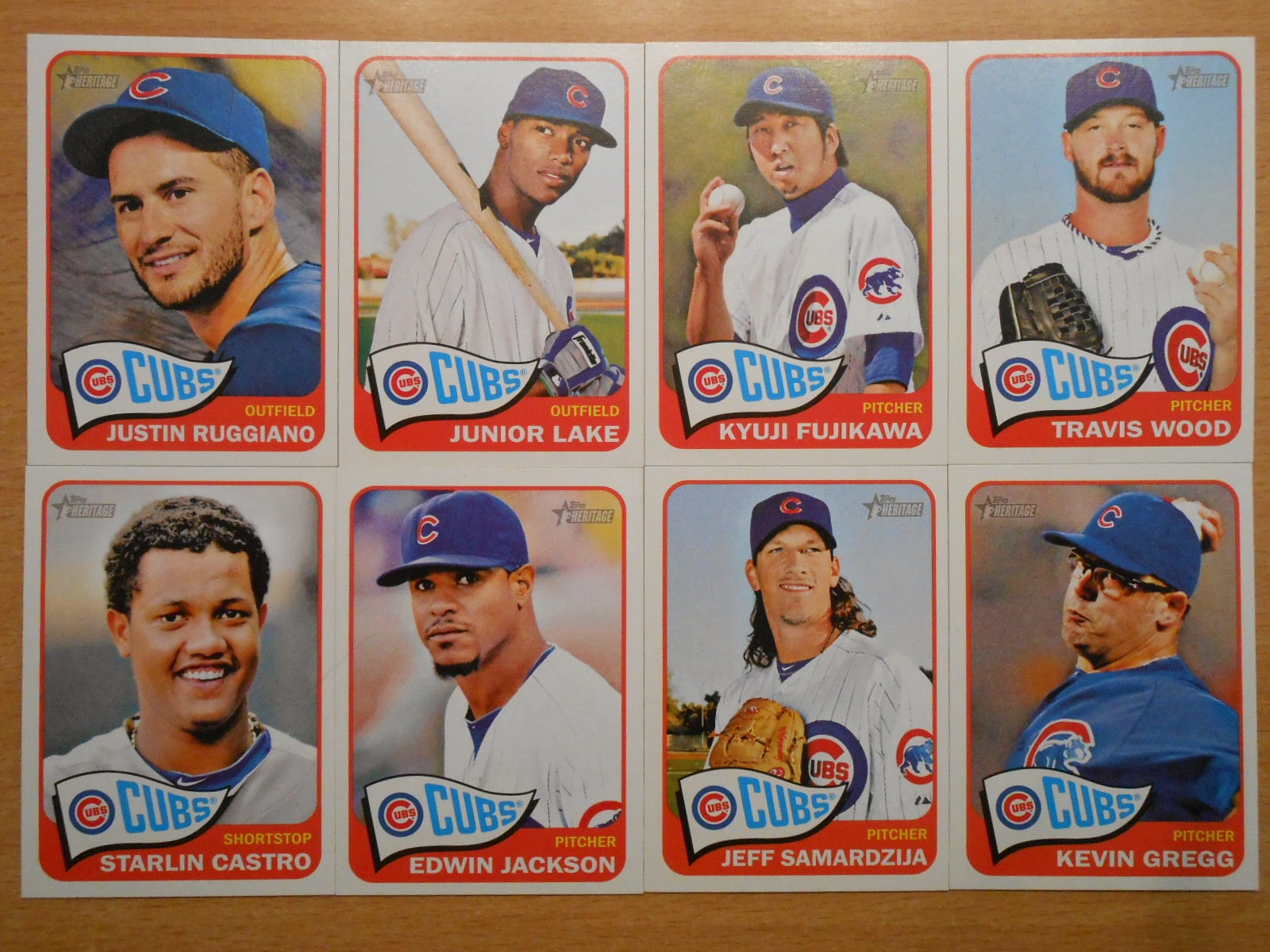 Whelp, my Heritage needs for 2014 have now been crossed off. 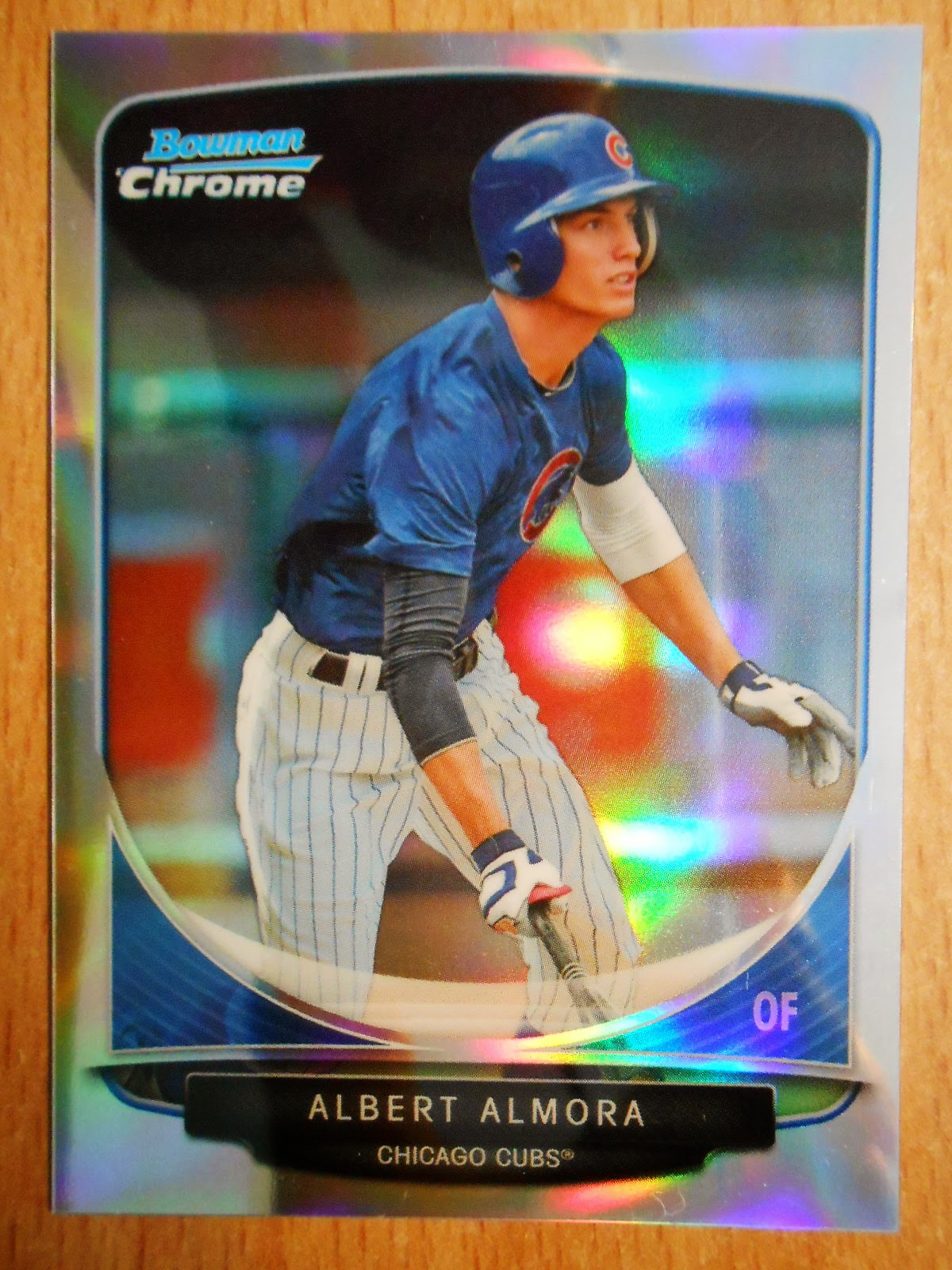 Lastly, there was a mini Albert Almora in the package.  Nice!  Another one for my ever growing AA collection!