It's no secret that the Cubs minor league system is stacked right now with shiny prospecty goodness. So I decided to participate in a box break of shiny 2014 Bowman Platinumon eBay a couple of weeks ago. 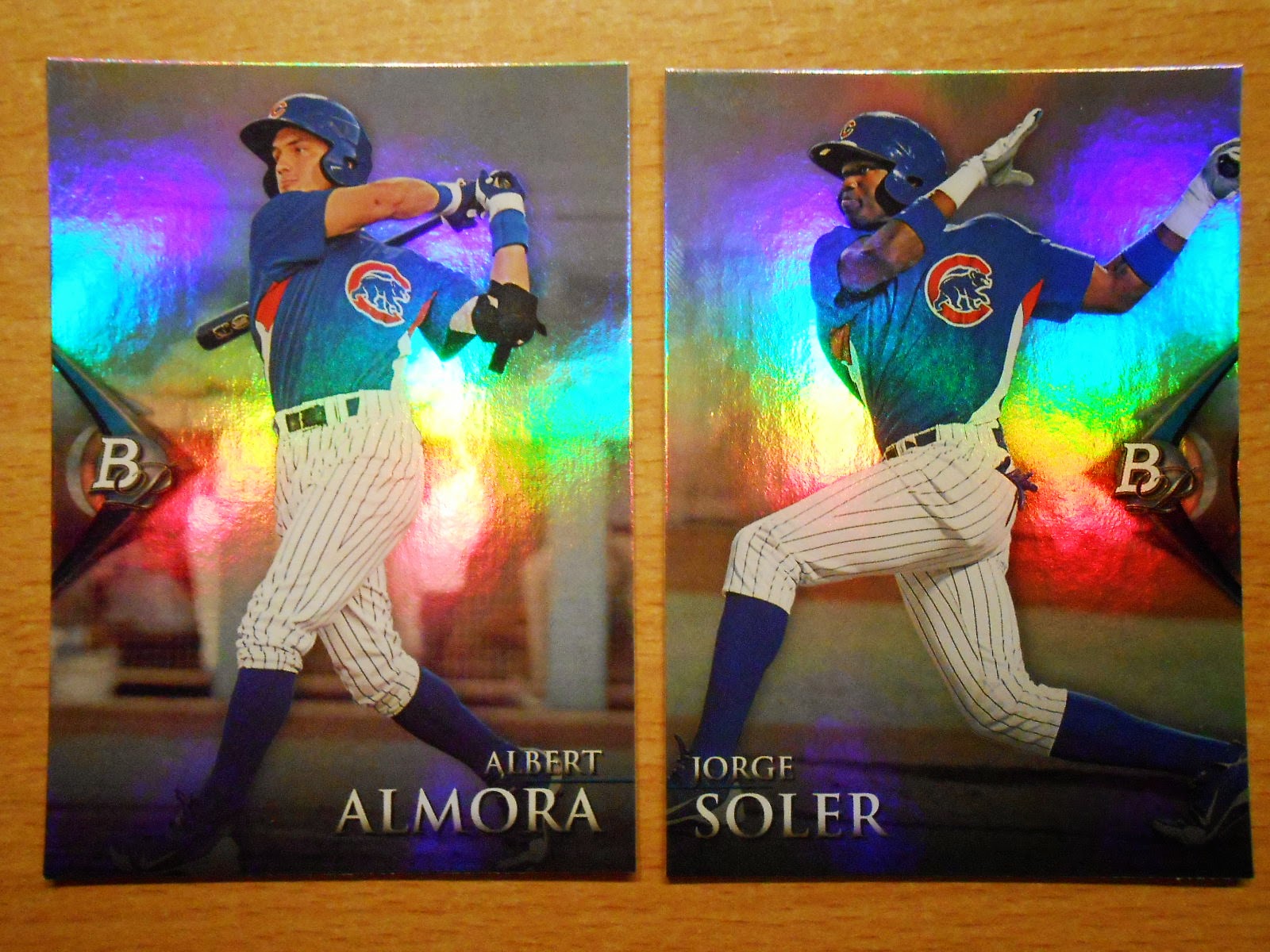 With eight Cubs on the checklist I figured I was bound to grab more than a handful from a box, which has twenty packs of five cards within its configuration. 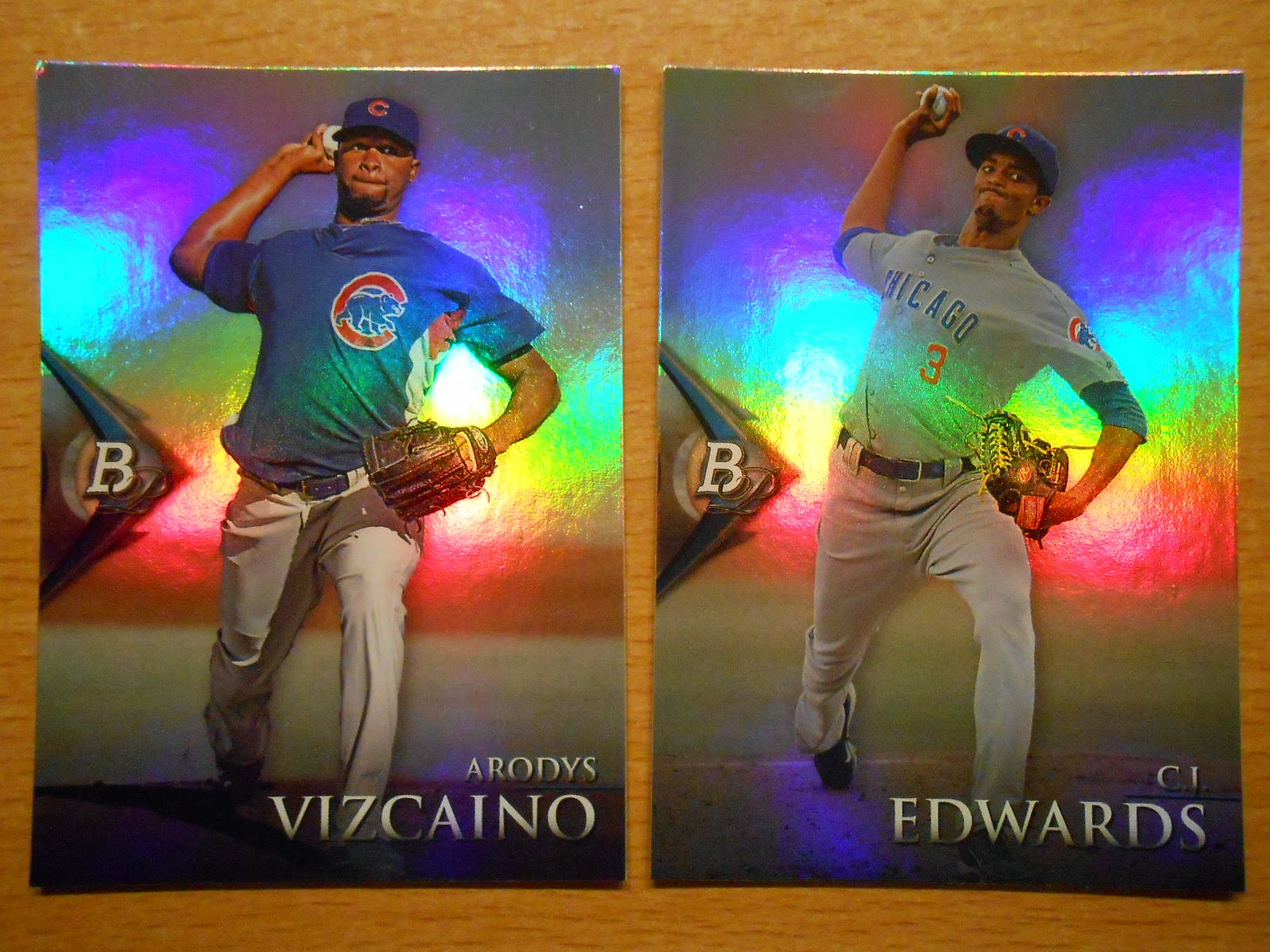 I've learned my lesson from past box breaks and I now only bid on ones that have a live break.  I watched eagerly and was quickly disappointed.  Three cards.  Bummer.  Not a good return on my investment.  I was okay with it, because we all know box breaks are a gamble. 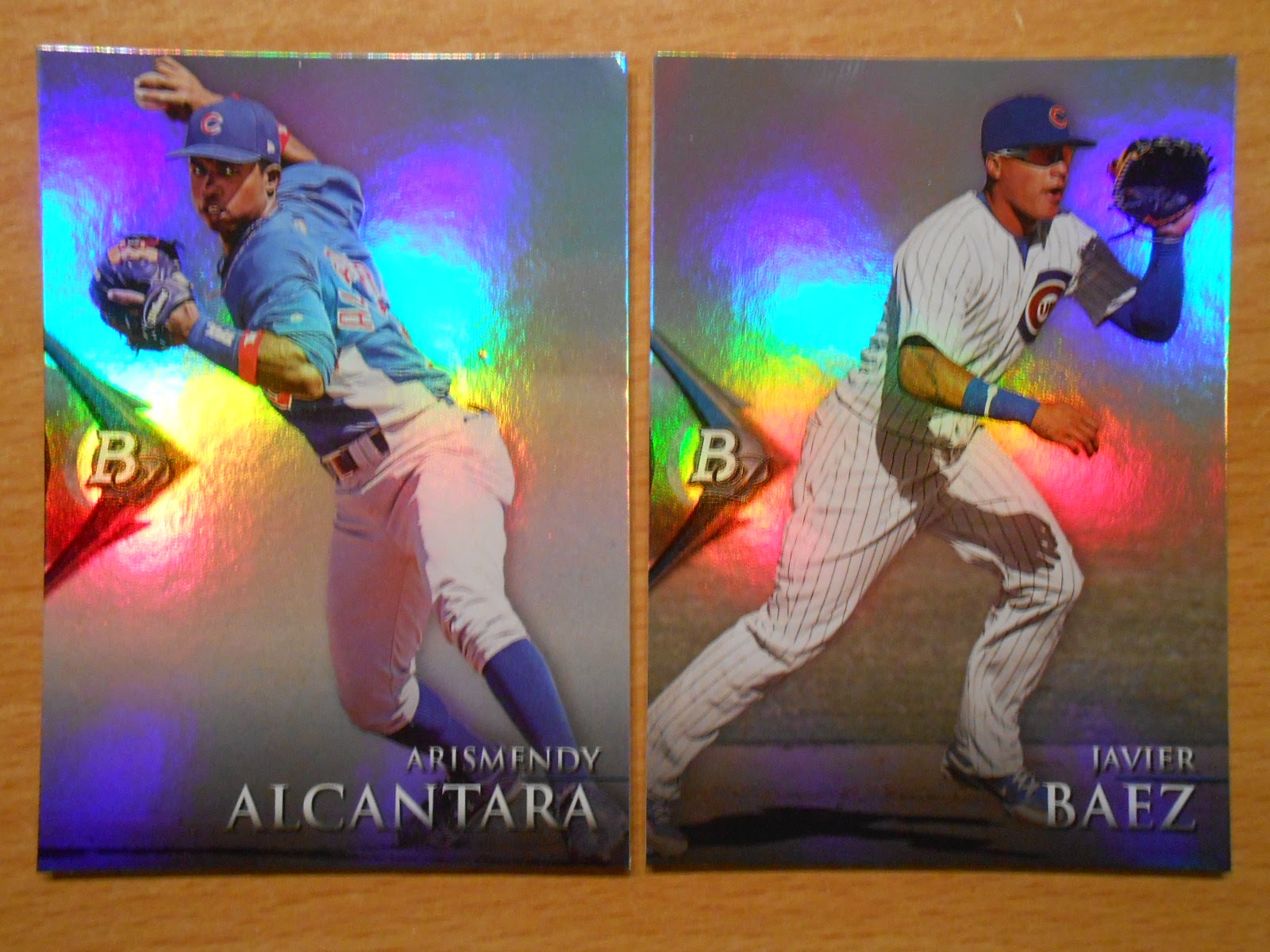 Shortly afterwards an e-mail arrived with another link to a second video.  The seller didn't feel that the two highest bidding participants (myself and the White Sox winner) received good value so a second box would be broken.

I couldn't believe my eyes when I read the e-mail.  The seller didn't owe me anything but the three cards of Albert Almora (X-fractor), Dan Vogelbach, and C.J. Edwards from the first box.  Yet, I would receive every Cub from a second box because he wanted me to be happy.

The second box was loaded with Cubs (8 cards) and two Jose Abreu cards for the White Sox winner.  Man, all I can say is the seller is certainly building up a nice stash of good karma! 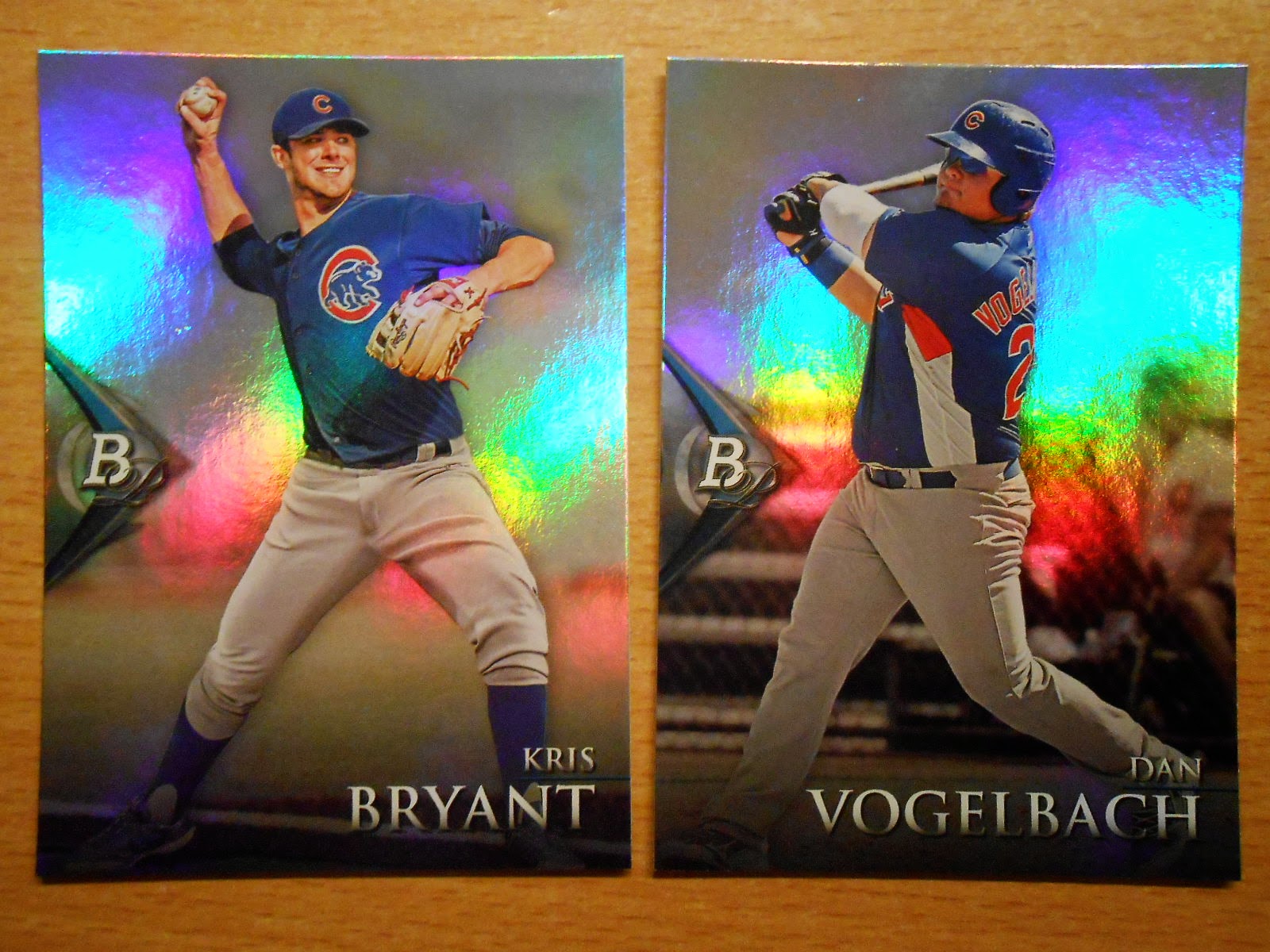 Die Cuts and X-fractors aside, my favorite two cards are of Kris Bryant and Dan Vogelbach.  I believe this is only my second mainstream card of Bryant. And who doesn't love cardboard featuring the Vogelmonster?

This team set could only get sweeter if it had a ROCK SHOULDERS card.

In summary, I paid the price of about six packs of '14 Platinum for the eleven cards in the break, which includes the ten cards above and a duplicate of Edwards.  I doubt six packs would have given me such Cubbie goodness, plus I don't have unwanted cardboard laying around of random prospects from the Marlins and Rays, which I would never be able to trade away.

I don't know how you guys feel about breaks on Ebay, but I'm feeling pretty fortunate and happy after this experience.