I Inherited a Friend's Collection

Last spring I received an awkwardly shaped box on my front stoop.  I wasn't expecting any trade packages at the time and I hadn't placed any recent orders to be delivered. 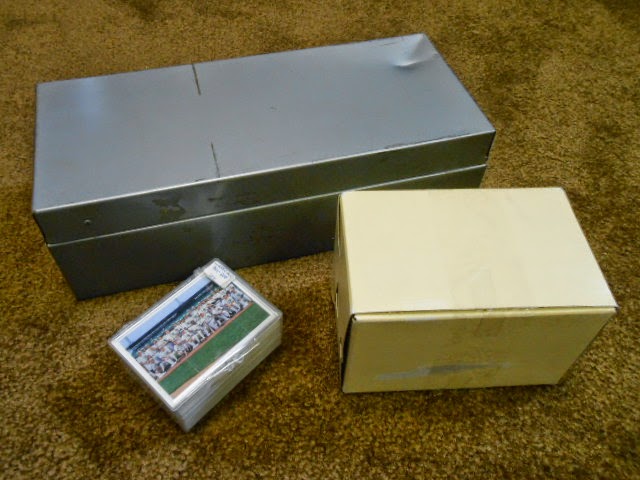 What I found inside was three separate containers, one of which obviously contains baseball cards!  The best description I can give the metal box is to compare it to a safety deposit box.  It came with a serious dent, which can be seen in the upper right corner in the above picture, but all of its contents arrived safely.

And the best thing of it all... the contents were baseball cards! 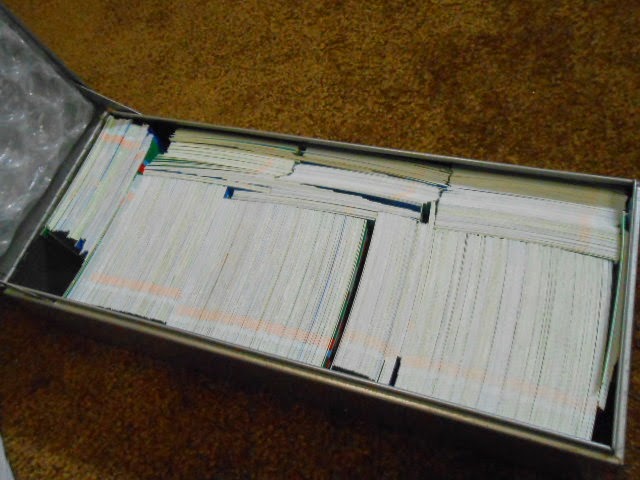 The other box had more of the same.  Baseball cards. 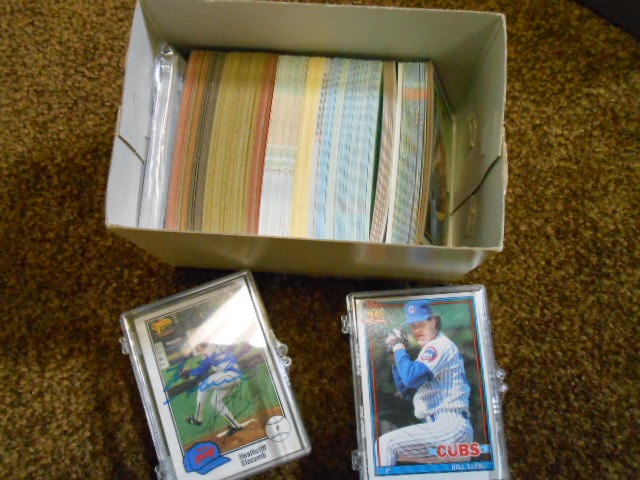 Also included was a late 1989 Peoria Chiefs set, which went 80 and 59.  The Peoria Chiefs at the time were the Single-A affiliate of the Chicago Cubs. The Cubs 1988 #1 draft pick, Ty Griffin, has a card in the set.  Other notable names in the set include Matt Walbeck, Matt Franco and Alex Arias, but the cream of the crop was the Heathcliff Slocumb autograph! 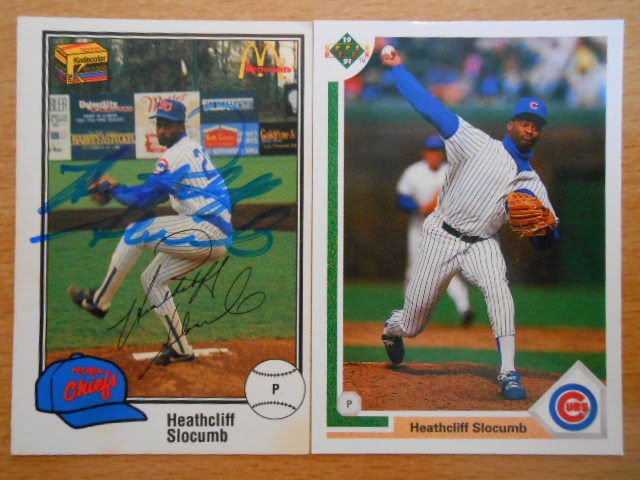 There was plenty more '91 Upper Deck, which is a set that I absolutely love because of it's clean white borders and fantastic photography.

Bert Blyleven apparently collects baseball cards when he's not on the beach. 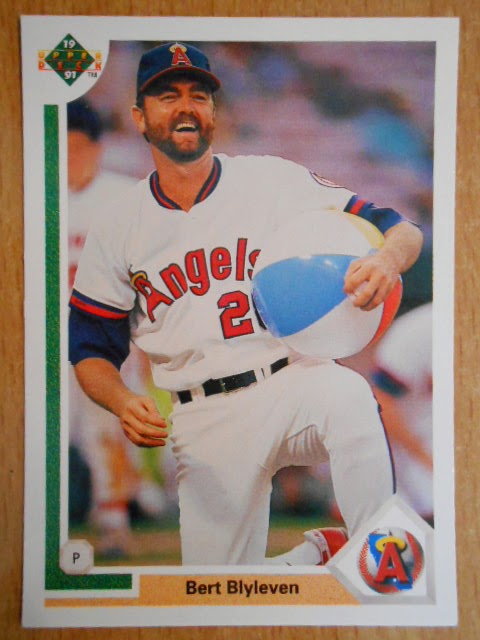 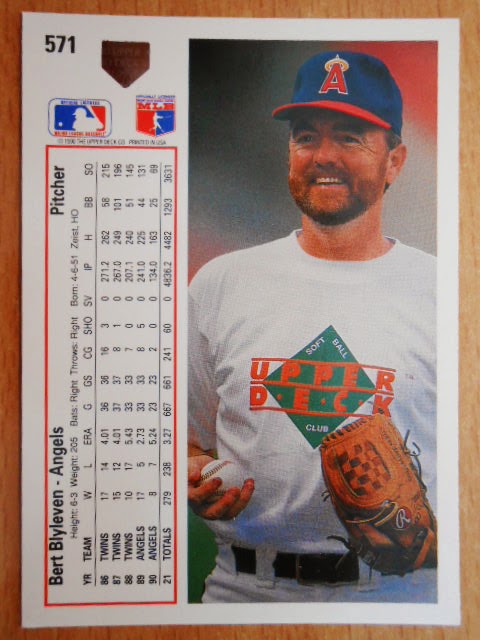 Dave Parker came straight from his demolition job to DH for the Angels. 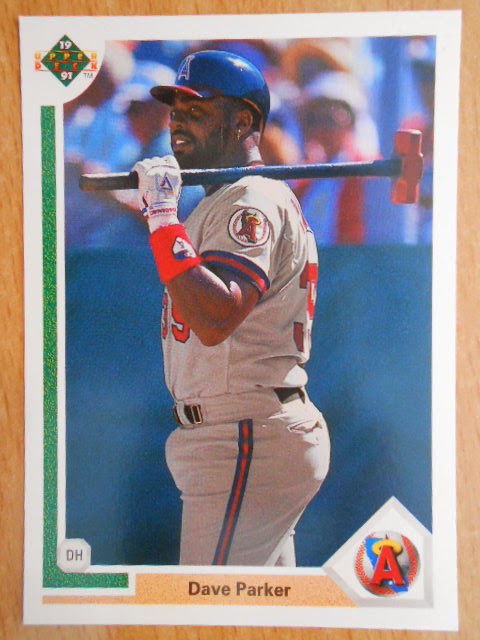 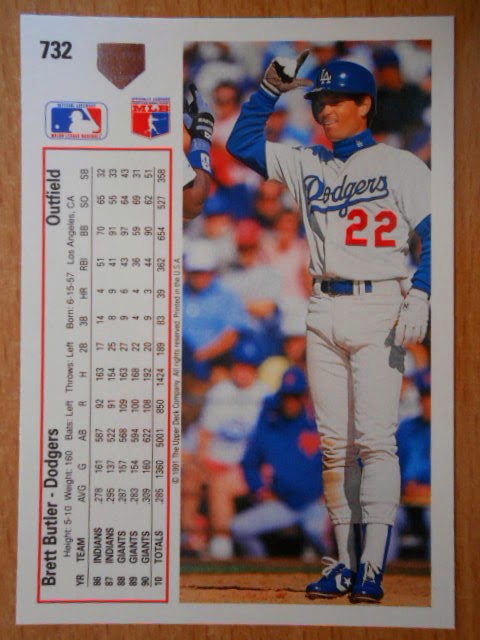 Brett Butler is flashing him the "loser" sign because he thinks The Cobra is silly for using a sledge. 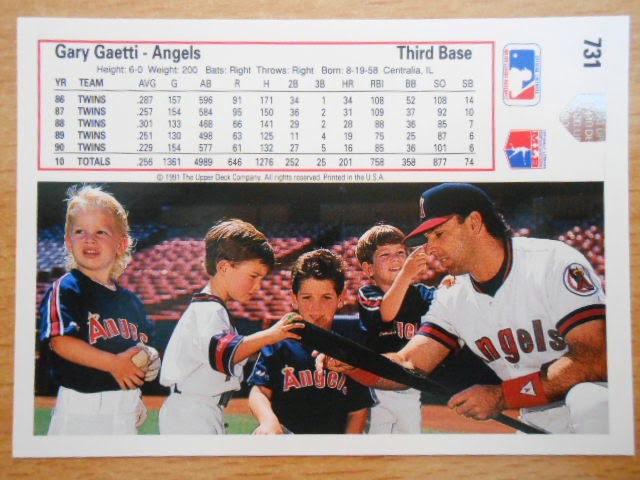 Gary Gaetti just got a wet willy from a six year old. 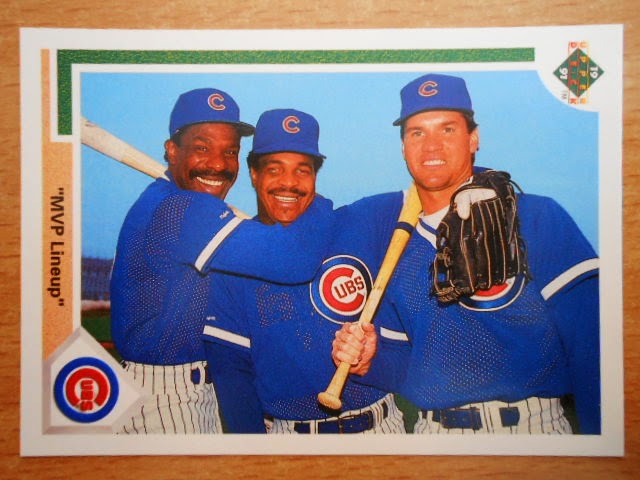 A horizontal card of three former MVPs from the same lineup.  Lots of talent pictured on that piece of cardboard.  Lots of Cub blue, too! 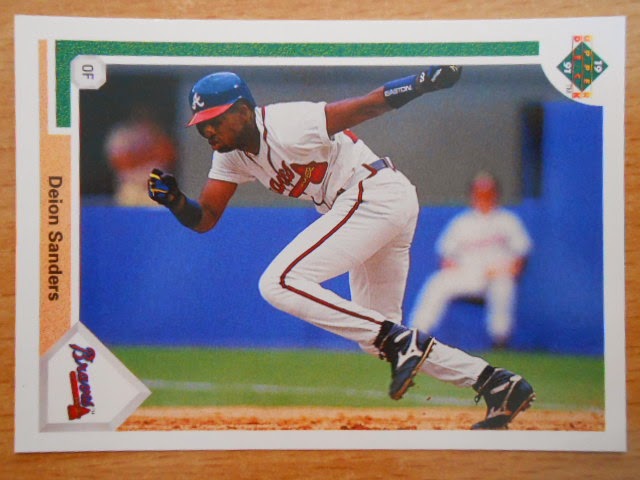 This Deion card is a great use of the horizontal shot.

Brian Downing didn't have nearly as much success with their respective attempts at-bat. 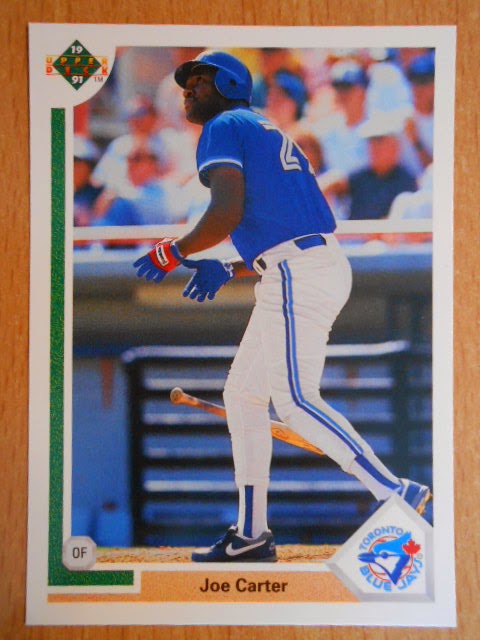 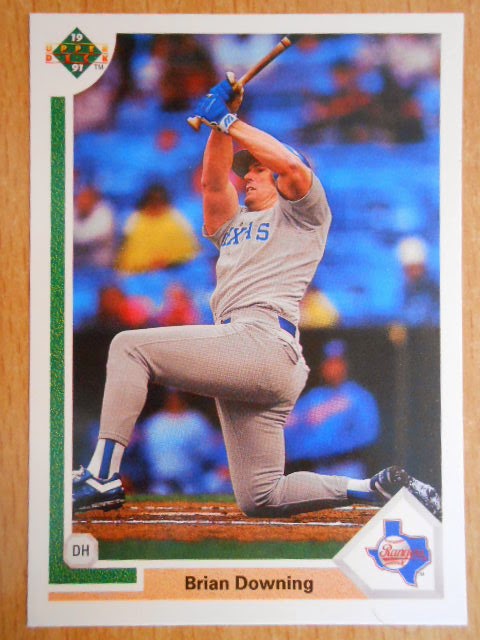 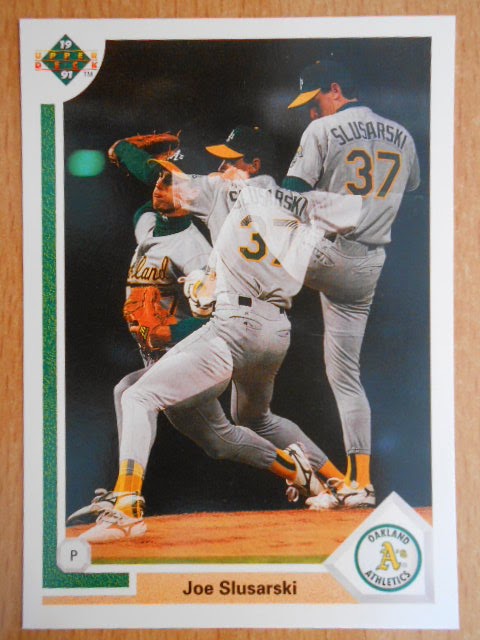 I don't know, but I love the multi-exposure cards! 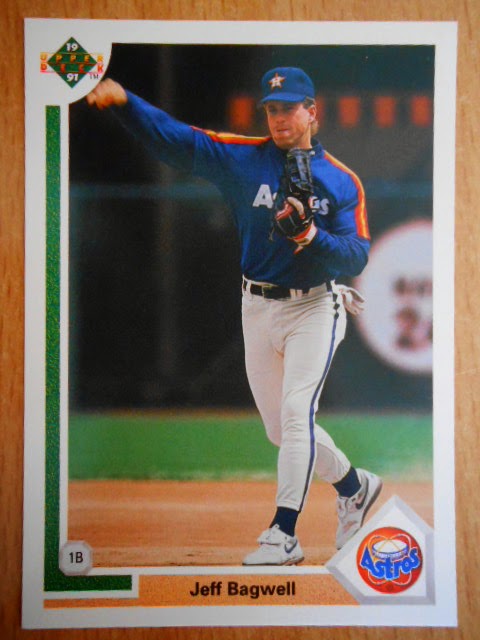 Lastly, the metal box contained a slew of '91 Donruss, first and second series.  There was about three hundred duplicates, and it was only about forty cards from being complete.  A couple quick trades and a visit from Sportlots.com fixed that.

The set is now complete! 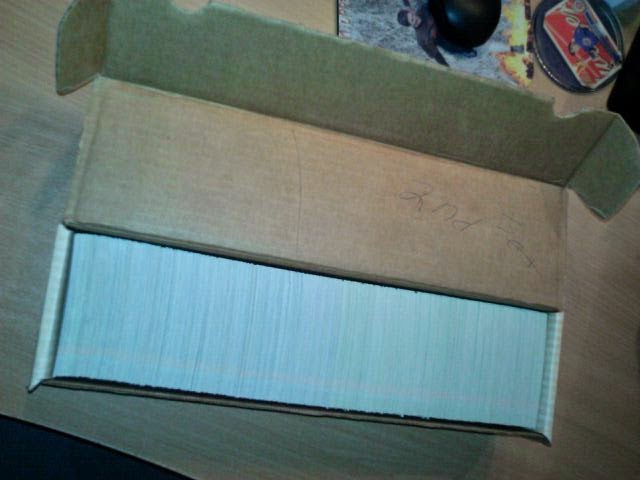 Thanks for the cards, Jeff!  They have found a good home for sure!